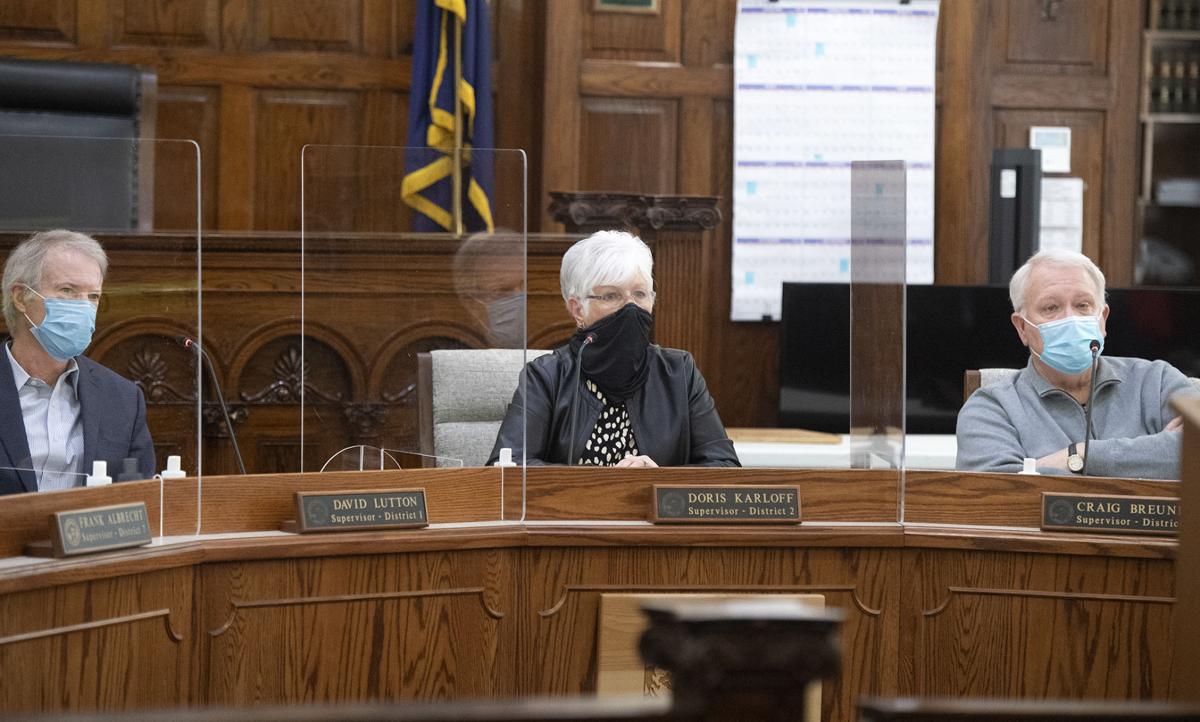 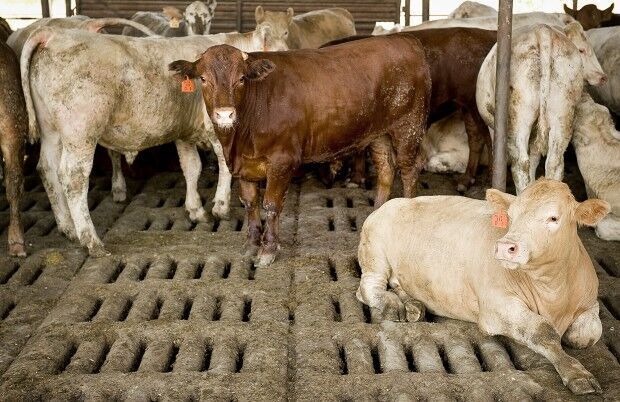 Cows stay cool in the shade of their half-mile-long feeding shed in August 2012 at the Mead Cattle Co. The feedlot provided manure used to create the methane powering the nearby ethanol plant. That closed-loop system is complicating cleanup of the AltEn site, according to seed companies.

WAHOO — Over objections from two major seed manufacturers, the Saunders County Board of Supervisors on Tuesday granted a permit to a Texas company seeking to purchase a cattle operation adjoining the troubled AltEn plant near Mead.

The board voted 7-0 to grant a conditional use permit to Champion Feeders of Hereford, Texas, to operate Mead Cattle Co., which provided manure that AltEn converted into methane to power its ethanol production facility.

Tuesday’s vote came less than a week after attorneys for Corteva Agriscience and Syngenta Seeds asked Saunders County to suspend consideration of the conditional use permit, arguing the “closed-loop system” used by AltEn and Mead Cattle had complicated cleanup efforts at the site.

Both companies had sent discarded seed treated with pesticide to AltEn, which used it to produce ethanol, until years of citizen complaints and numerous violations assessed by the Nebraska Department of Environment and Energy led the plant to shut down in February.

Corteva and Syngenta are now assisting in cleanup efforts at AltEn along with Bayer, another company that sent treated seed to the plant about a mile south of Mead.

As originally designed, AltEn would turn manure from the neighboring Mead Cattle into methane used to power its ethanol production and return wet distiller’s grains to the roughly 25,000 cattle on the feedlot.

The seed companies argued the partnership between AltEn and Mead Cattle led to high amounts of nitrates and phosphorous in the millions of gallons of wastewater that are now being stored at the facility, which limits the options for treatment and disposal.

In a joint letter, attorneys for both companies asked Saunders County, the Village of Mead and the state environmental department to hold off transferring the conditional use permit until evaluating Mead Cattle’s responsibility and potential liability.

Or, Corteva and Syngenta suggested the board add a condition requiring the feedlot’s new owners provide access to the property for remediation activities, or contribute financially to the cleanup.

The board did neither Tuesday, choosing instead to add two more conditions to several recommended by the Saunders County Planning and Zoning Commission at a meeting April 5.

The first condition added by supervisors requires Champion Feeders to continue granting University of Nebraska researchers access to the site as part of an ongoing study of the environmental and health impacts stemming from AltEn.

The second requires results from semi-annual groundwater sampling done by Mead Cattle, information already submitted to the Nebraska Department of Environment and Energy, to also be shared with the board.

Supervisors had previously delayed consideration of the permit application, filed by Champion Feeders CEO Kevin Buse in late March, until samples from the Mead Cattle lot could be analyzed for pesticide residues and other chemicals.

Those lab results, shared during Tuesday’s board meeting, showed little in the way of pesticide contamination at the manure-holding cells and water tanks sampled.

Thiamethoxam, a neonicotinoid used in Syngenta’s Cruiser product, was detected at just 1 of 5 locations sampled, and at a concentration — less than 5 parts per billion — well below the threshold set by the Minnesota Department of Health, one of the only states to establish guidelines for pesticides.

No other neonicotinoids, which have been found at concentrations of tens to hundreds of thousands of parts per billion in solid waste products and wastewater at neighboring AltEn, were discovered in the samples done at Mead Cattle on April 19, according to the report.

Glyphosate — better known as Roundup — was detected in 3 of the 5 sampling sites, according to the report done by the South Dakota Agricultural Laboratories, but at levels well below the benchmark set by the Environmental Protection Agency.

As part of granting the conditional use permit, the Board of Supervisors also adopted conditions recommended from the planning commission, including one that requires an annual compliance review.

Cows stay cool in the shade of their half-mile-long feeding shed in August 2012 at the Mead Cattle Co. The feedlot provided manure used to create the methane powering the nearby ethanol plant. That closed-loop system is complicating cleanup of the AltEn site, according to seed companies.