CHS grads give back, make impact
View Comments
Share this
{{featured_button_text}}
1 of 2 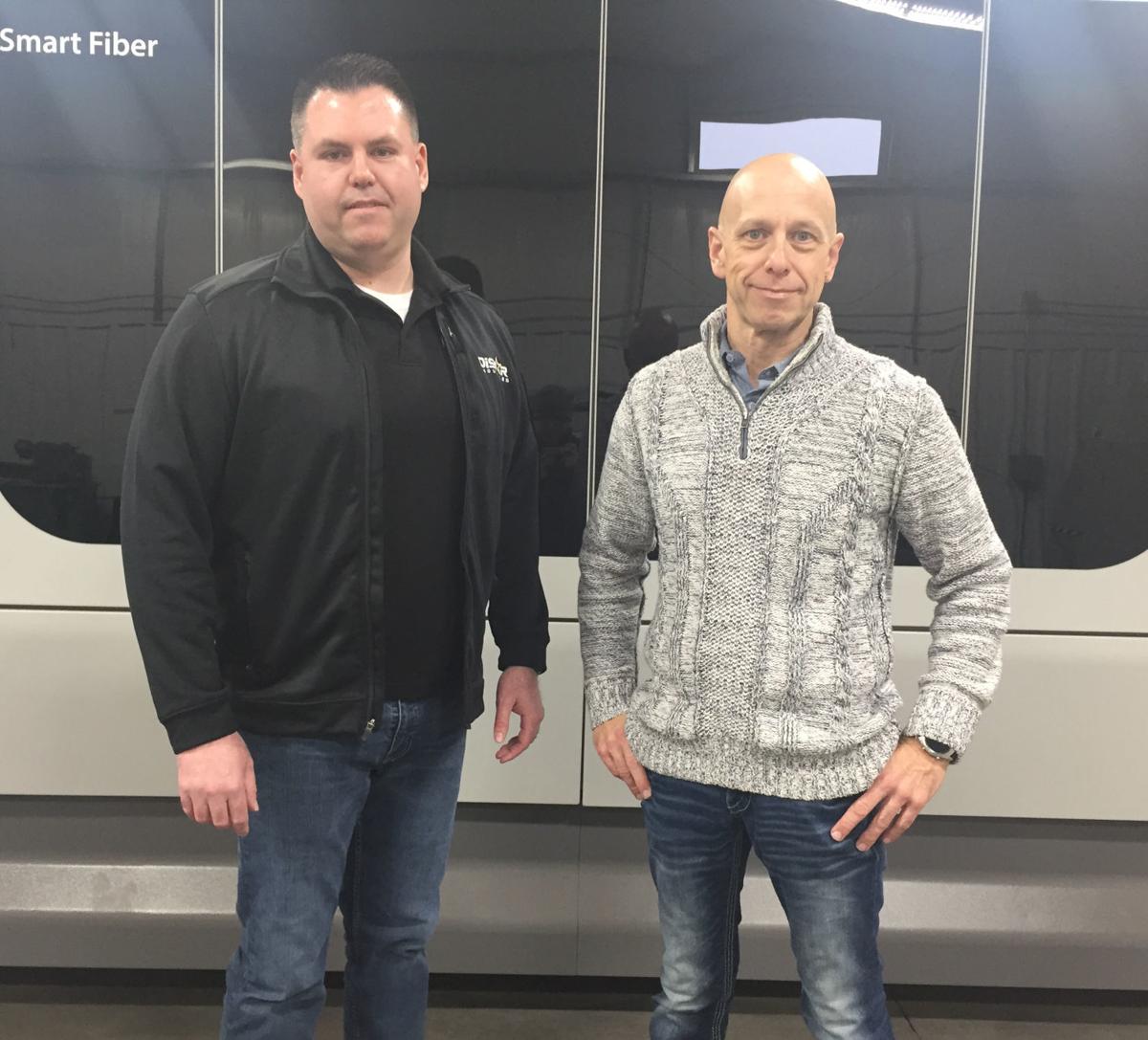 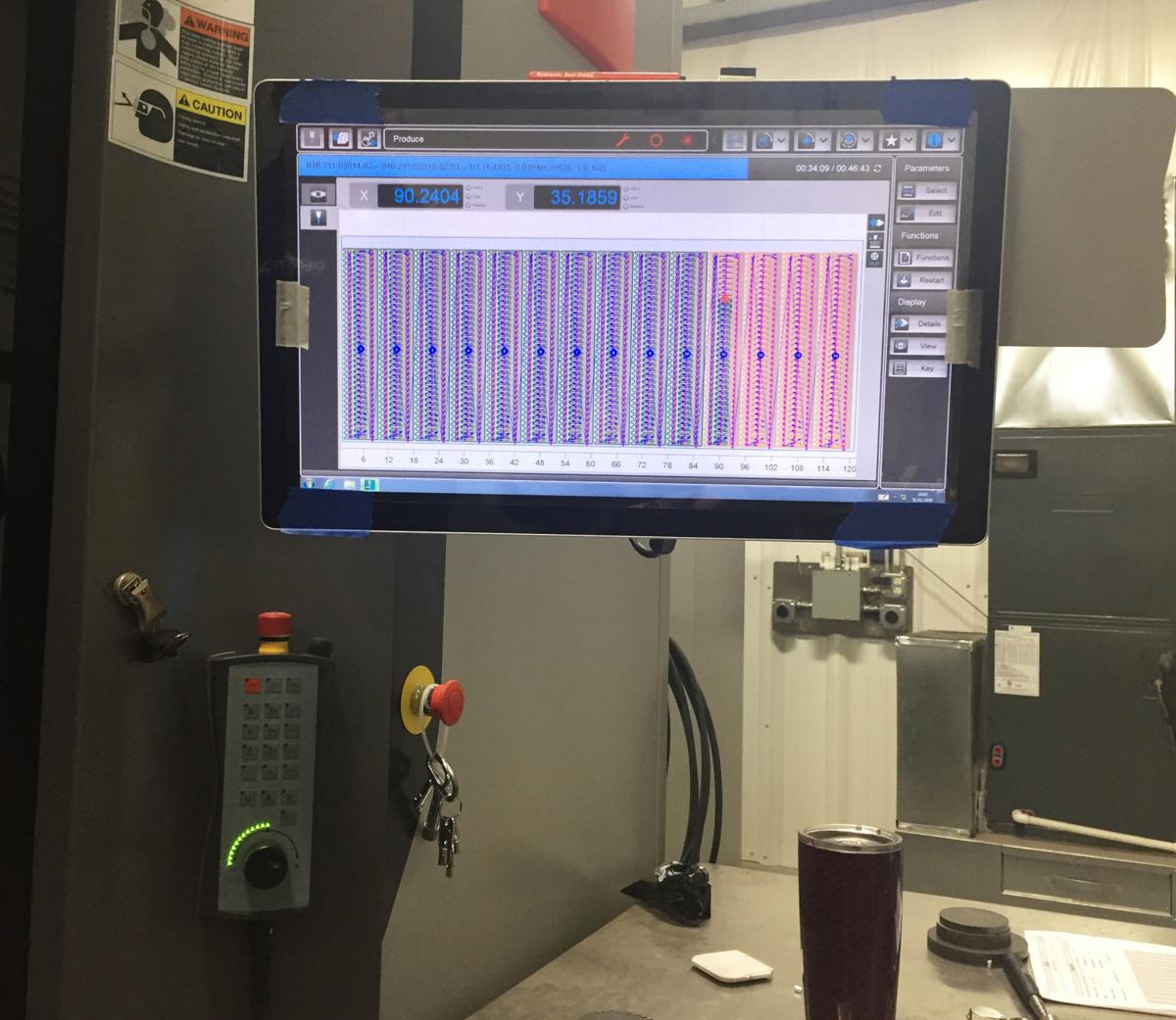 A touchscreen shows the progress of a new fiber laser cutter Friday at DiStar Industries. The owners of the business, Cory and Darin Ditter have helped young people throughout Columbus get a taste of the manufacturing business through job shadowing, internships and tours.

It has been 25 years since either of the Ditter brothers, Cory and Darin, attended Columbus High School. Of course, CHS was in a far different building and part of the town at that time, but the Ditters still feel a deep connection to their Alma mater.

That connection has been shown by the many things that their company, DiStar Industries, has done to help people interested in a manufacturing career get their start. DiStar also played a key role in providing some very special signs and plaques for the new CHS when it was built in 2017.

From providing jobs to recent graduates to allowing current Discoverer students to job shadow to just providing a simple tour of their facilities, while also helping make the new CHS shine brighter than it would have, the Ditters have done their part to give something back to future generations.

“It’s fun to do, just getting some of the younger students involved (in manufacturing),” said Darin, a 1994 CHS grad. “One of (our) job shadows from this past year, we actually hired him as an employee and we’re helping him go to school up at Platte College (Central Community College-Columbus).”

Having the signs built at the new high school is a point of pride for Cory, the oldest of the two brothers and a 1989 CHS grad, who has children who will eventually get a chance to see the signs.

“I think it’s something neat to be able to take a look at it and say, ‘We were a part of this,’” Cory said. “For my children that are at Columbus Middle School right now, I have three boys and they’ll go on to the high school and they can see those things.”

Those signs came about due to a request from Leonard Kwapnioski, CPS’ executive director of technology and operations. Kwapnioski had asked Darin and Cory if they would be interested in constructing the signs after they had consulted with him on some design work prior to that. Darin would soon help him out on detail work for the 10-foot signs, which are situated all throughout the school.

“We made some smaller ones and he placed them throughout the school,” Darin said. “(He) got everybody’s opinion that they really liked those, so we just scaled them up to an 11-foot version.”

They also designed a series of plaques around the large anchor at the school’s front entrance. They got some help from B-D Construction, which placed the plaques in that particular area.

“We donated them to the school, then B-D donated their time and effort in terms of mounting them,” Cory said.

“We made the product from start to finish,” Darin said.

Darin’s connection with CHS skilled and technical sciences teacher Tracy Dodson helped with the donation of work tables for the new STS manufacturing area at the school. Dodson, in his own way, gave back to DiStar by doing some job shadowing in the summer of 2019 for an online project with the CPS Foundation.

“I was one of his first classes to go all the way through and take the classes that had been offered back then,” Darin said.

Although the CHS projects would have been more than enough in some cases, it isn’t enough for the Ditters, who are continuing their outreach to CHS with their work to give students opportunities to explore their potential future in manufacturing.

“It’s important because that’s where the next generation of workers will come from,” Darin said. “We’ve got to get them out here and get them experience and excited for something like this.”

There’s also something bigger at play, something that goes beyond just working with DiStar: it’s showing off the opportunities that are present in Columbus, whether it’s at DiStar or B-D or Behlen Mfg.

“You don’t have to go far away; there’s just so much opportunity here in Columbus,” Cory said. “We actually had people that helped us along the way in certain aspects of it and those are the types of things that we need to repay and help other people as long as they come up through the community as well.”

The early retirees of the FIRE movement tell a tale of extreme frugality. Here's what's missing from the narrative.

Randy Leu of Columbus has retired from Loup after more than 30 years of service to Loup Power District.

How to set up a good homeschool environment

What you should know as retirement approaches

What you should know as retirement approaches

Watch Out For These Credit Card Scams

Watch Out For These Credit Card Scams

A touchscreen shows the progress of a new fiber laser cutter Friday at DiStar Industries. The owners of the business, Cory and Darin Ditter have helped young people throughout Columbus get a taste of the manufacturing business through job shadowing, internships and tours.