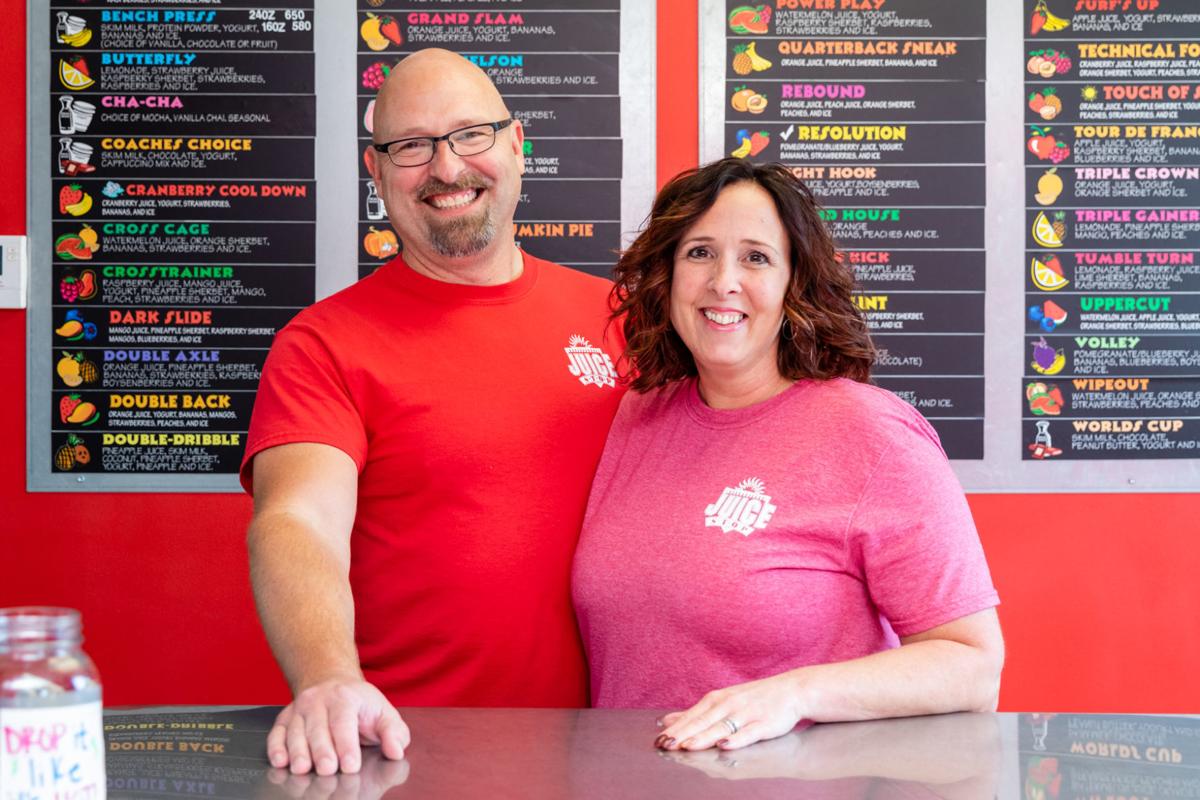 Scott, left, and Christina Meyer take a break and smile for a photo inside their Fremont Juice Stop location. The two are preparing and excited to open a location in Columbus this March. 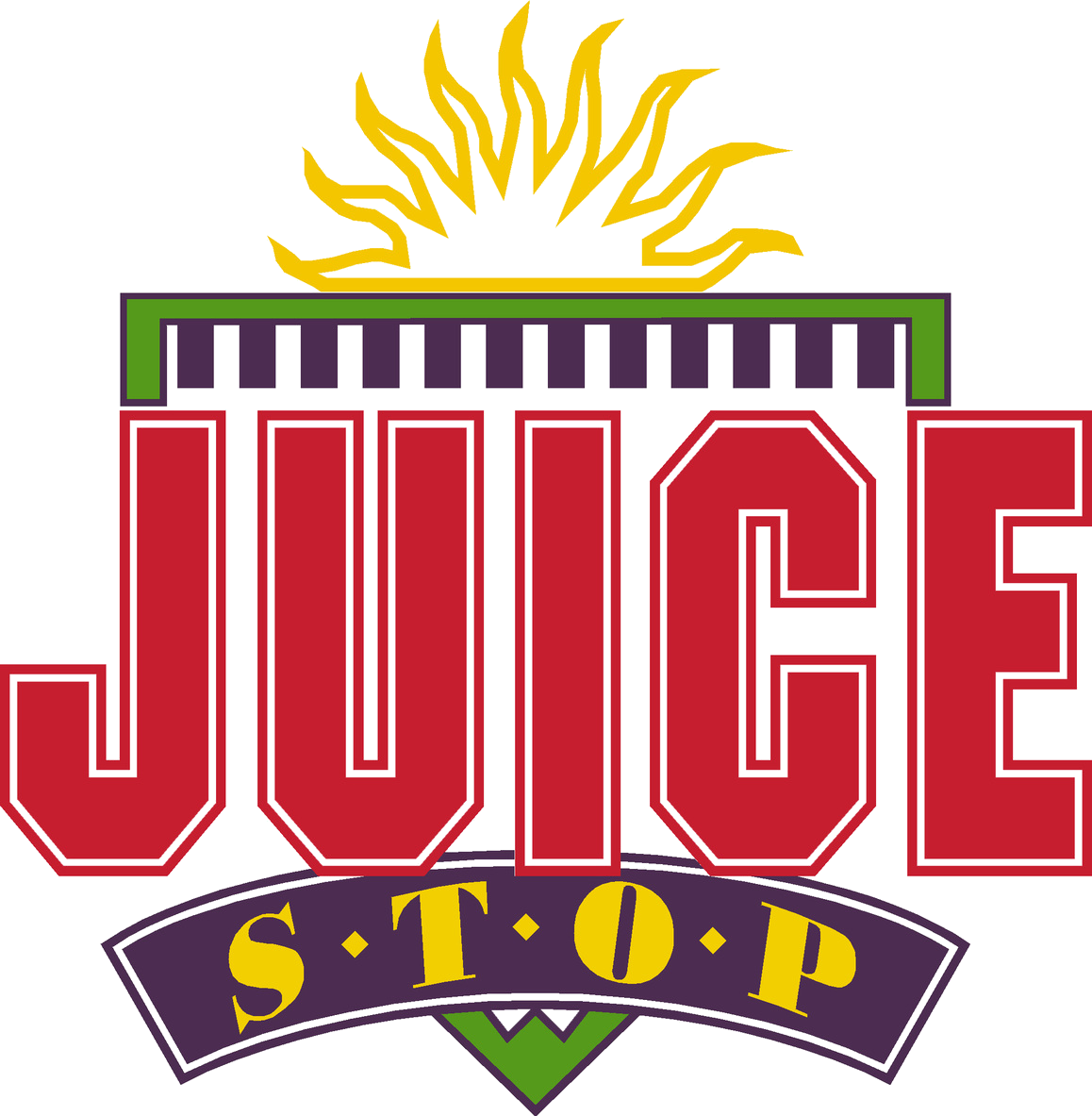 A Fremont couple has decided there is no better place to expand their Juice Stop business than Columbus.

Scott and Christina Meyer are aiming to tentatively open their second overall Juice Stop location and first in Columbus at 2334 23rd St., just west of Walgreens, in March.

“We are very community-based people and I think that’s what we saw in Columbus, which is why we chose that location,” Christina said, adding the local store will have a drive-through window.

Juice Stop, according to its website, prides itself on serving “delicious, 100% real fruit smoothies at six locations across the Omaha-metro and Fremont.” Columbus will soon join that list and have more than 100 smoothie options made only with frozen fruit and no sugar at their disposal. The company also prides itself on its family values and providing healthy alternatives to fast food.

Indeed Juice Stop is a family affair. Christina said she and her husband talked for years about opening a Juice Stop in their hometown and following in the footsteps of her brother-in-law and sister-in-law, who own Juice Stop locations in the Omaha metro. In May 2018, they rolled the dice and followed suit with their own flagship store at 1542 N. Bell St. in Fremont. That store has proven to be quite successful.

“It has been going great,” Christina said of the initial location, which is a finalist for the Fremont Chamber of Commerce’s Small Business of the Year. “The community has really taken to it and is enjoying it.”

But the plan was to never just stop with the Fremont location.

“We believe in the product, which is of course why we opened one,” she said. “This is not a chain. These Juice Stops are in the Midwest and are all owned by families, and we wanted to do more.”

So, they began looking at various locations in Nebraska. They liked the friendliness of the Columbus community and its similarities to Fremont in terms of size. Scott also had some familiarity with the town from when he used to deliver beer to businesses in the area many years ago.

“Columbus is a good place,” Christina said. “It really reminds us of Fremont. When we looked at both communities, we really felt like they kind of mirrored each other.”

The owners also take pride in being very community-oriented. Christina said they like to give back and support different organizations, noting how shirts staff members wear at their other location have Fremont school logos on them. They would like to do the same in Columbus. The owners also are using local companies for the Columbus store’s build-out, such as Preferred Plumbing and AJ Bloebaum Electric.

Additionally, the Meyers have already been in talks with the Columbus Area Chamber of Commerce and joined its directory as members.

“It’s a nice new addition; it’s something unique,” Schieffer said. “They will offer wonderful beverages for our residents to enjoy.”

As the couple prepares to open the store, they’re also looking for staff members to join their team. Christina said they’re currently looking to fill a part-time morning shift supervisor and six afternoon/evening shift employee roles. To apply, visit www.juicestopsmoothies.com/careers/ and designate which location you’re interested in (Columbus is an option).

The store already has its Facebook page up and running. Christina said she and her husband, who have four children, are looking forward to meeting Columbus residents and becoming part of the community.

“You can expect amazing smoothies that taste awesome. Our motto is ‘blending together,’” she said. “We want people to know we support our community and want to be part of it. It’s important to represent and support where we are at, and that’s what we’re going to do in Columbus, just like we do in Fremont.”

Columbus Speaks - Poll Question for Jan. 21: The best candy in the world is... ?

For decades, people have debated what the best type of candy is in the world. There are so many options, but what do YOU think is the best? Let your voice be heard!

Scott, left, and Christina Meyer take a break and smile for a photo inside their Fremont Juice Stop location. The two are preparing and excited to open a location in Columbus this March.