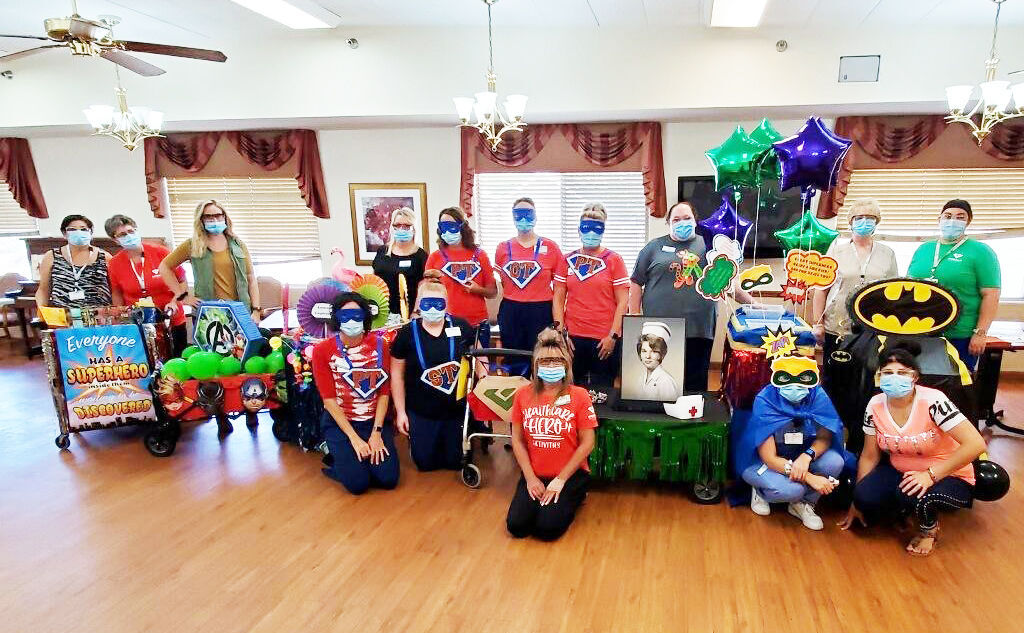 Staff at Emerald Nursing and Rehab, 2855 40th Ave. in Columbus, put on a superhero parade Wednesday for residents. 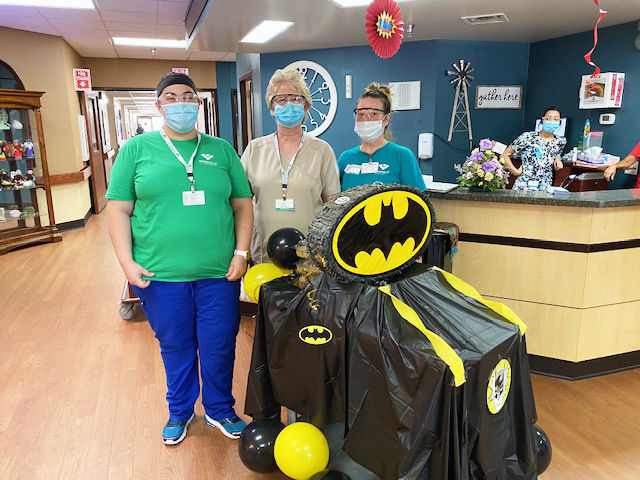 Pictured is the winning float of Emerald Nursing and Rehab's, 2855 40th Ave. in Columbus, superhero parade held Wednesday. Residents voted on their favorite. 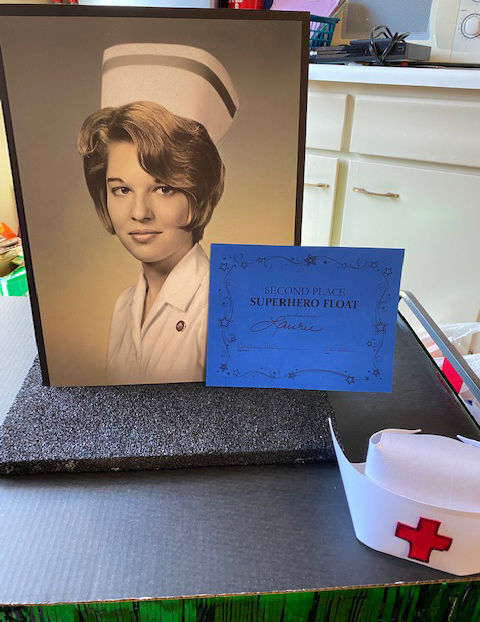 Pictured is the float of Laurie Cech, activities director at Emerald Nursing and Rehab, 2855 40th Ave. Cech came up with the idea of having a superhero parade for residents to enjoy. Her float is dedicated to her mother, a former nurse. 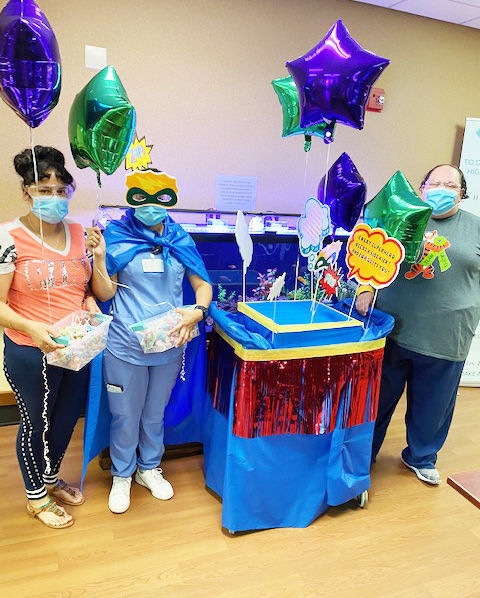 Emerald Nursing and Rehab, 2855 40th Ave. in Columbus, held a superhero parade for its residents Wednesday. Staff members decorated floats and some even dressed up for the occasion.

Superheroes based on comic book characters could be seen at Emerald Nursing and Rehab of Columbus this week as the facility held a special parade.

Staff at the nursing home decorated floats and dressed up for an indoor parade for residents.

“(It was) a superhero-themed parade,” said Laurie Cech, activities director. “It could be from Superman to doctors or nurses.”

The parade was especially important as Columbus Days was canceled this year amid the ongoing COVID-19 pandemic.

“Every year when Columbus Days (has its) parade, we make sure our residents can enjoy that,” Administrator Chelsey Roan said. “As there was no parade this year, we wanted them to be able to enjoy that here. We just wanted to bring it to them.”

Cech thought of the inside parade as a way to continue bringing that traditional event to Emerald’s residents.

She noted that 17 employees were involved in creating about seven floats.

“Anyone that wanted to sign up, I put out a sheet and people just signed up,” Cech said. “We had 17 people – people did floats in groups.”

Residents were also given candy, just like in regular parades. They were situated in designated, social distancing eating areas, lined up in hallways or sat inside their doorways.

“As Columbus didn’t have their parade, I was trying to think of something for them to look forward to so I just came up with a parade within our facility,” Cech said. “They got to vote on them. It was fun. They loved it.”

A float featuring Batman, decorated by the medical records and transportation department, was the winner of the contest.

The parade ended up being significant to Cech as she dedicated her float to her mother, who had been a nurse.

“My great-aunt is in the facility and I did a float of my mother who was a nurse for 41 years … until she retired,” Cech noted. “We had a picture of her when she graduated from nursing school – that was my superhero. My great-aunt Liv started crying; She remembers when she was at my mom’s nursing graduation (day).”

Along with typical superheroes and doctors and nurses, the parade also signified the importance that Emerald’s staff has on residents.

“Through COVID and everything, we consider our staff heroes every day,” Roan said. “We played superhero music going through the hallways and there were some superhero moves demonstrated by staff, which got a lot of smiles and laughs from residents.”

Roan said that both staff and residents had fun with the event, notably since the facility hasn’t been able to participate in community activities.

“It boosted moral. Here we’ve been fortunate enough to start some limited family visits,” Roan said. “I think, just in general in the facility and in everyone’s personal lives, everybody has been so limited on things they can do and things they can have. We just sometimes have to act a little silly and get everybody involved in something fun.”

The state has also seen a more-than 80% drop in continuing claims from the peak hit in early May.

Staff at Emerald Nursing and Rehab, 2855 40th Ave. in Columbus, put on a superhero parade Wednesday for residents.

Pictured is the winning float of Emerald Nursing and Rehab's, 2855 40th Ave. in Columbus, superhero parade held Wednesday. Residents voted on their favorite.

Pictured is the float of Laurie Cech, activities director at Emerald Nursing and Rehab, 2855 40th Ave. Cech came up with the idea of having a superhero parade for residents to enjoy. Her float is dedicated to her mother, a former nurse.

Emerald Nursing and Rehab, 2855 40th Ave. in Columbus, held a superhero parade for its residents Wednesday. Staff members decorated floats and some even dressed up for the occasion.