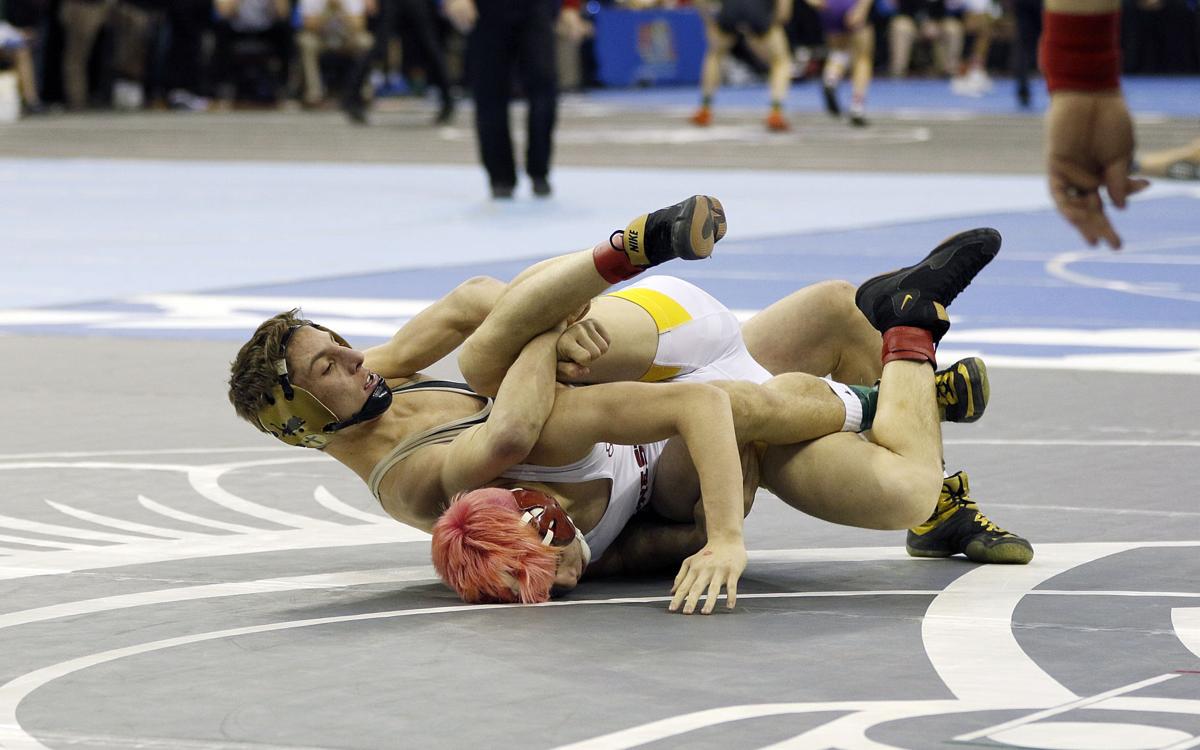 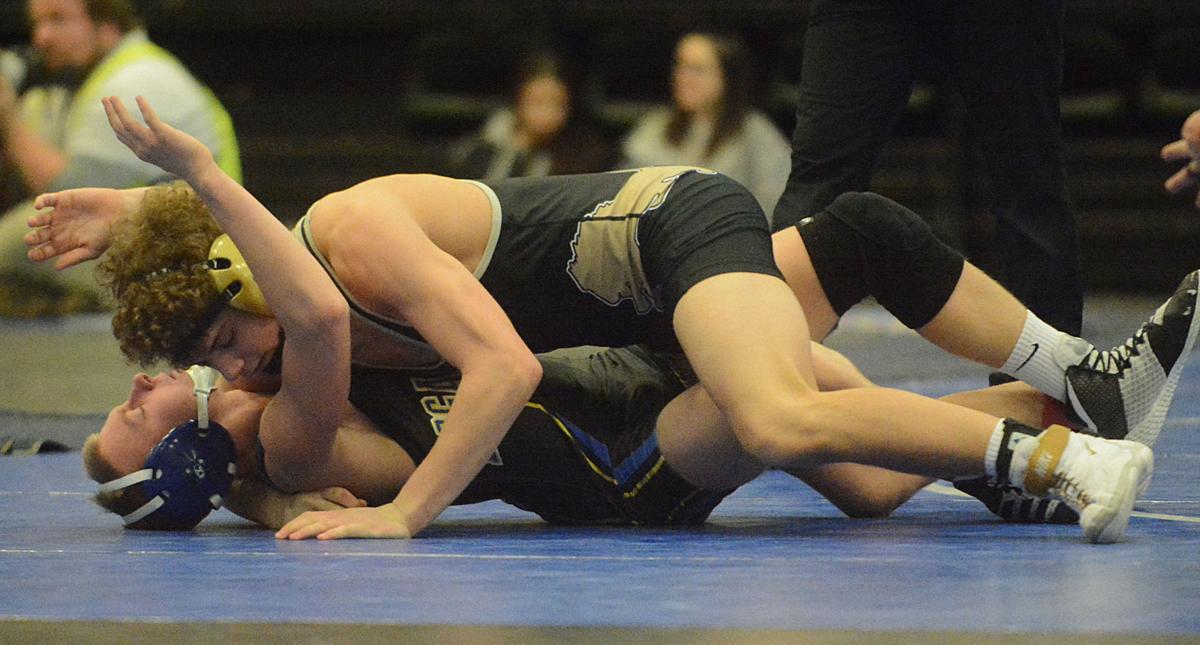 Christopher Nickolite puts an opponent to the mat during last year's state duals. Nickolite wrestled for a state title last year as a sophomore.

Aquinas Catholic wrestling left Kearney last February with a historic state dual championship. It was the first in the history of the program and a historic achievement the Monarchs felt was a long time coming.

Yet, as enjoyable as that Saturday afternoon was, Aquinas also saw it as just the beginning. Two weeks later offered an opportunity at the traditional team state tournament title and the chance to complete the season sweep. With 12 Monarchs on the state bracket, they were certainly set up to have a chance.

But when less than half of those wrestlers won a medal, and the team went 1-3 in the semifinals, there was some sense of disappointment. Complicating the emotions was watching rival David City accept the state championship trophy after a tournament filled with pins, four finalists and a state champion.

Eight of the Monarchs' state qualifiers are back this winter driven to finish off what came up short in Omaha.

"We didn't think we performed our best," co-head coach Roy Emory said. "David City had a very good tournament. They would have been tough to keep up with. But we thought we were a little better than what we showed."

Aquinas last won a trophy at state in 2014 in a runner-up finish to Amherst. The last championship came in 2004 when Robert Daro, Aaron Karpisek, Jared Meister and Josh Coufal earned gold medals.

Aquinas has had at least one individual champion every year but three since then and was on a streak of seven years in a row with a gold medal until that came to an end last February.

Taking up the mantle for the program this winter is a team of 24 that was set on repeating as dual champions. The NSAA decided against holding the dual tournament this year because of the virus, leaving Aquinas just one opportunity to win a championship.

"We're looking pretty good. We have a lot of talented kids back," Emory said. "We return eight state qualifiers and a number of JVs that were really solid and helped us on our state duals championship run last year."

Nickolite had the best performance at the tournament, finishing in second place and completing a 41-4 season. His title match loss came to Gage Krolikowski - a four-time champ that was the final featured match of the day.

"We think we have a really solid dual team," Emory said. "We think we can put a very competitive person out there in all 14 weight classes." (Foregoing the dual tournament) allows us to concentrate on the individuals and the tournament. They have goals there. They want to be a contender."

"We have a number of kids that I think are kind of in the mix," Emory said. "Christopher, Hunter, Zach Zitek and then guys like Noah Scott. Noah Scott last year was definitely wrestling up for us and giving up a little strength. He's grown into that spot so I think he's going to have a very good year. Nolan Eller, he was right there last year and didn't have his best tournament down at state."

The Monarchs will have four seniors on the team this year - Zitek, Scott, Eller and Meysenburg.

"They're all good leaders. They're not all really vocal, but they're quiet leaders," Emory said. "They're very good workers. They do things the right way. They're a good group.

"Our juniors are good leaders too. We have two pretty good sets of leader classes."

Peter Huguenin and Nate Tenopir are a sports reporter and the sports editor for The Banner-Press. Reach them via email at DVDsports@lee.net

Aquinas wrestling ran away with the team title in Saturday's Northwest Invite on the strength of six gold medals, four silvers and two bronzes.

Christopher Nickolite puts an opponent to the mat during last year's state duals. Nickolite wrestled for a state title last year as a sophomore.