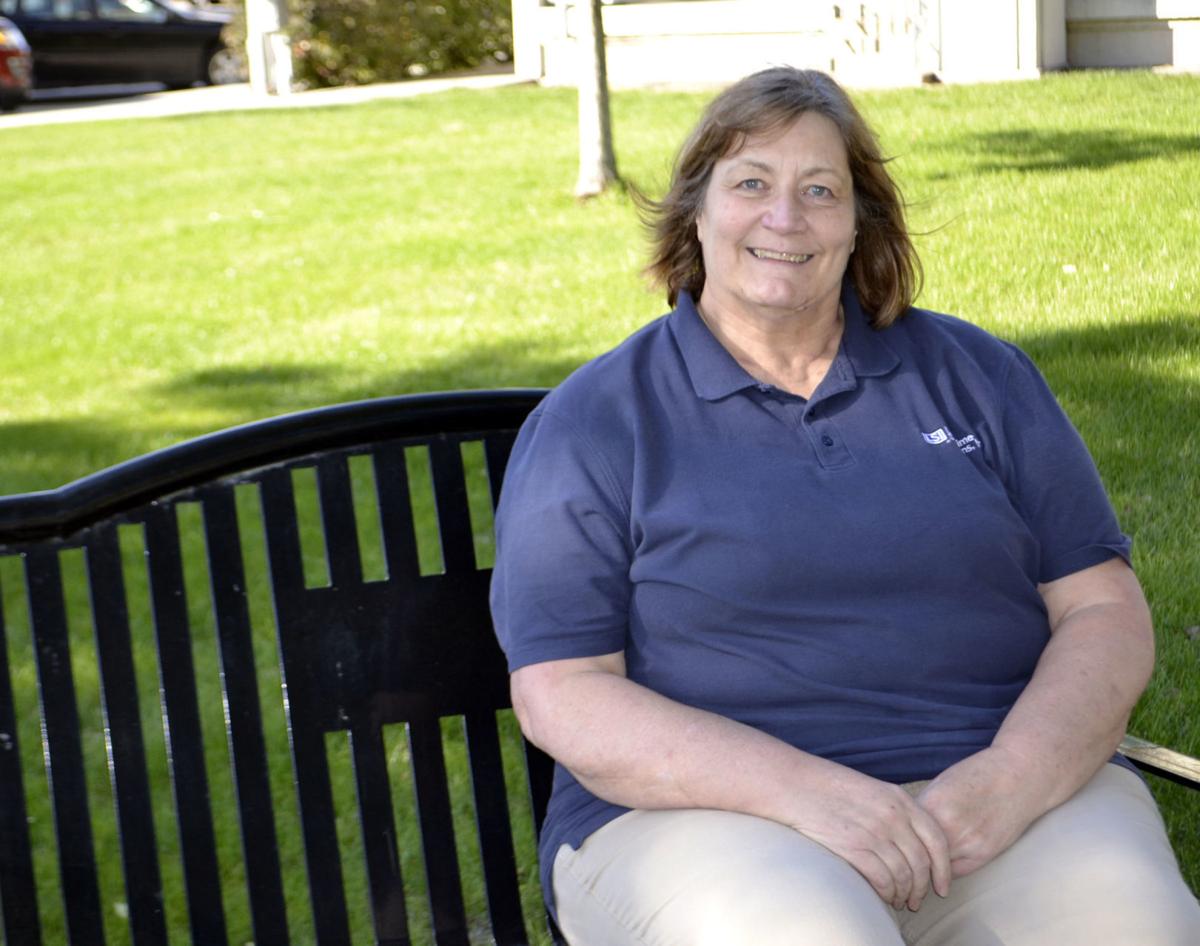 Bellwood resident Paula Brandenburgh smiles for a photo earlier this week. Brandenburgh has been in remission for more than six years since being diagnosed with breast cancer in 2013. 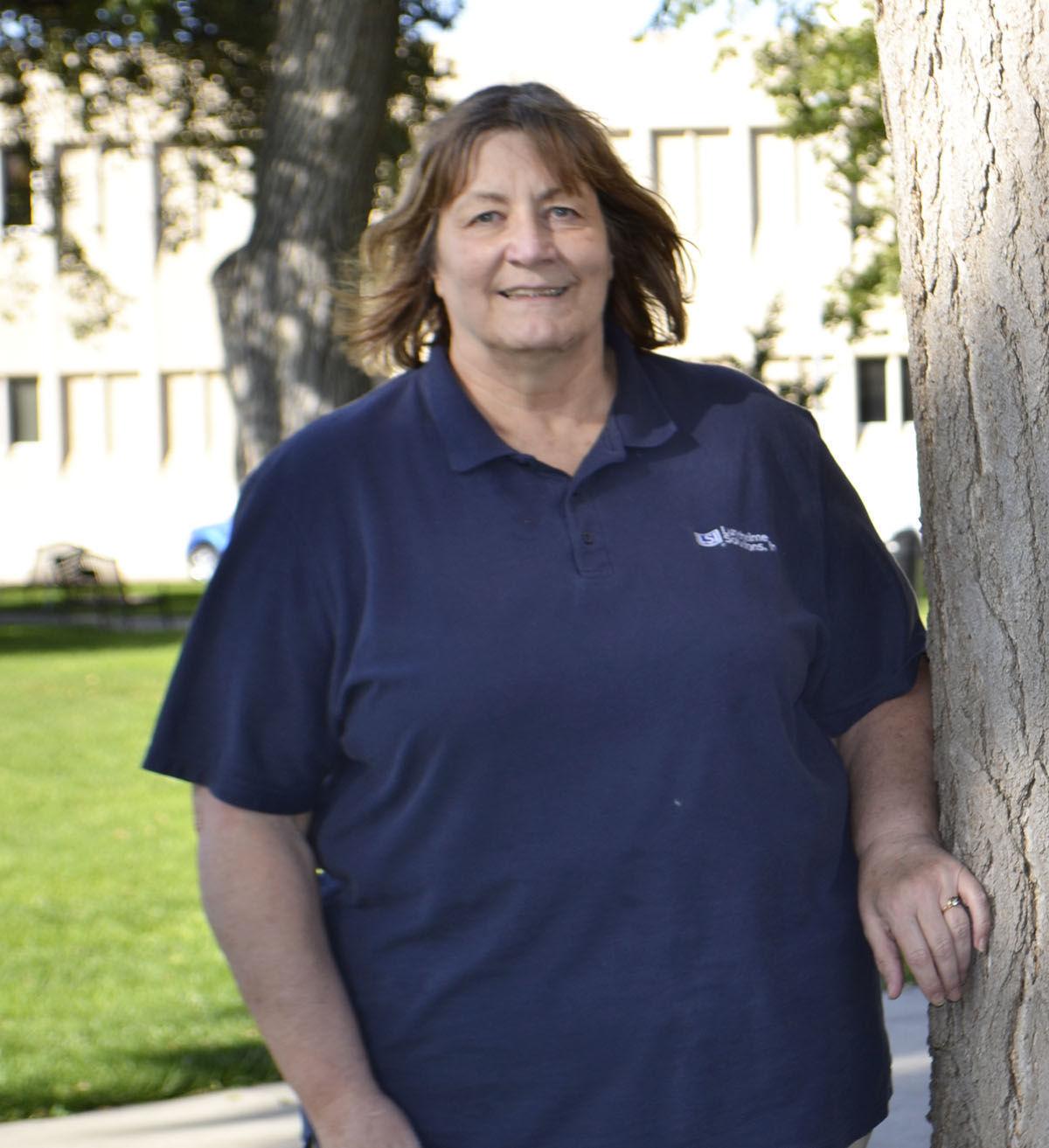 Bellwood area resident Paula Brandenburgh, an employee of Columbus Public Schools, was diagnosed with breast cancer in 2013. She is currently in remission.

Editor’s note: In honor of October being National Breast Cancer Awareness Month, The Banner-Press is publishing a four-week series, “Think pink,” sharing the stories of community members who battled or are currently battling breast cancer. The Banner-Press masthead is also pink this week instead of its normal black to commemorate the month.

The timing of Paula Brandenburgh’s cancer diagnosis wasn’t ideal, to say the least.

Not that there ever is a great time to hear the words, ‘you have cancer,’ but Brandenburgh’s plate was already piled full when she learned that she had breast cancer in early 2013.

Her father was dealing with onset dementia and she was serving as one of his primary caregivers, commuting back and forth between her Bellwood-area home and York, where her parents lived, several times weekly.

“It already was overwhelming, because we were struggling with knowing my mom couldn’t take care of him and keep up with it, and he would wander and still thought he could do stuff, so it was all very, very hard,” said Brandenburgh, who works for the Columbus Public Schools as a food service operations coordinator and manages the seven- to eight-week Summer Feeding Program.

So the cancer diagnosis really threw an unwanted wrench right into the middle of an already high-stress time in Brandenburgh’s life. But with the help from the medical team at Columbus Cancer Care and an ironclad will – developed from already handling several tough situations, including the passing of her first husband – she was able to dive headfirst into a fight for her life which she, up to this point, has won.

She found the lump in her left breast while hastily getting ready at her home on Brandenburgh Lakes preparing for a fun night out with her now husband of 10 years, Bill, and a group of friends. She said it made her pause and scared the hell out of her, but she didn’t want to jump to conclusions about what it might be.

“We still went out – I didn’t say anything to anybody,” Brandenburgh said. “I had to go back to work in York on Saturday or Sunday, and I called my doctor – I was still doctoring in York at the time. And I called them immediately to set up a mammogram."

Brandenburgh at the time was also community from the Bellwood area to York frequently as she was still working in York as a licensed baker. Although she has let her licensing slide, she still enjoys doing a lot of baking for her friends, family and some Columbus and Bellwood-area businesses.

“People around here mainly know me for cupcakes and in York I was the bread lady. Here, I’m the cupcake lady,” she said, with a laugh.

In the following days, Brandenburgh received a mammogram, ultrasound and biopsy on her chest. The cancer news came when she was driving through Shelby returning home from York. She was so upset she had to pull her vehicle over to the side of the road to collect herself.

“I was scared, and then when they called me I just instantly started crying,” she said. “… I called my sister in Kansas and said, ‘I have cancer, Karen.’"

Just days later, Brandenburgh underwent the knife at Columbus Community Hospital. The ball got rolling so quickly she could hardly believe it.

“I went to see Dr. (Ronald) Ernst after we got the diagnosis and I saw him on a Tuesday, and he was like, “OK, we will do it on Friday,’” she said, of her surgery. “And I’m like, ‘Friday? Like three days from now Friday?’ And he said, ‘Yep, we are getting it out.’”

The partial mastectomy did its job, but 33 radiation treatments that spanned from February through May were still needed to fully zap any remaining cancer activity.

This, as one would expect, was a tough stretch for Brandenburgh and her family. The radiation left her with burns on portions of her body and she was exhausted all the time.

“My side and my breast, it hurt, it was burnt … Basically, you feel like you are just being microwaved,” she said.

At times she was forced to take a few days off from work here and there to recover, but she fought hard through it all, said her husband, Bill.

"She is very strong, she was a trooper and handled it all pretty well,” he said. “She did have her moments, but all in all she was just really strong with it … Our emotions were all over the board and we didn’t really know what was going to happen. So when she was diagnosed as clean (remission) it was a really good deal.”

Now that she is in remission, upon reflection Brandenburgh considers herself lucky. Her cancer was caught early on and was slow-moving. She was able to get rid of it in months, not years. She credits her team of doctors with making the process as easy for her as they possibly could.

She stressed the importance of women completely self-exams and trusting the signs their bodies present. It really is the difference between a positive and negative outcome a lot of the time, the grandmother of five added.

“I really feel that if people would just pay attention and take care of themselves, it’s not a death sentence like it used to be,” she said, of cancer. “You used to hear, ‘cancer,’ and people thought automatically that they were going to die, and that really isn’t the case anymore.”

Sam Pimper is the news editor of The Banner-Press. Reach him via email at sam.pimper@Lee.net.

"It could always be worse:" Jenny White's ongoing battle with breast cancer

One foot in front of the next: Joanne Andel's road to overcoming breast cancer

Bellwood resident Paula Brandenburgh smiles for a photo earlier this week. Brandenburgh has been in remission for more than six years since being diagnosed with breast cancer in 2013.

Bellwood area resident Paula Brandenburgh, an employee of Columbus Public Schools, was diagnosed with breast cancer in 2013. She is currently in remission.