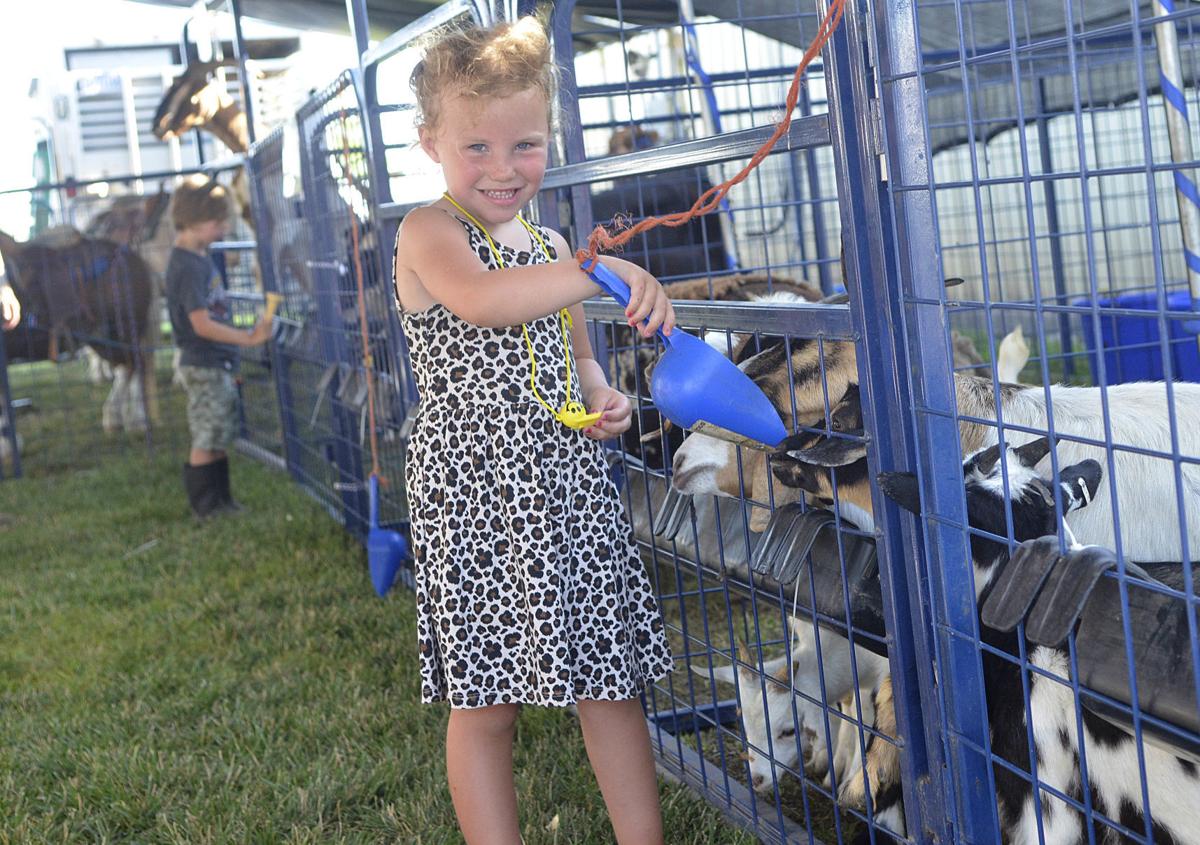 Laney Wall feeds some goats during the Butler County Fair in 2019 in David City. 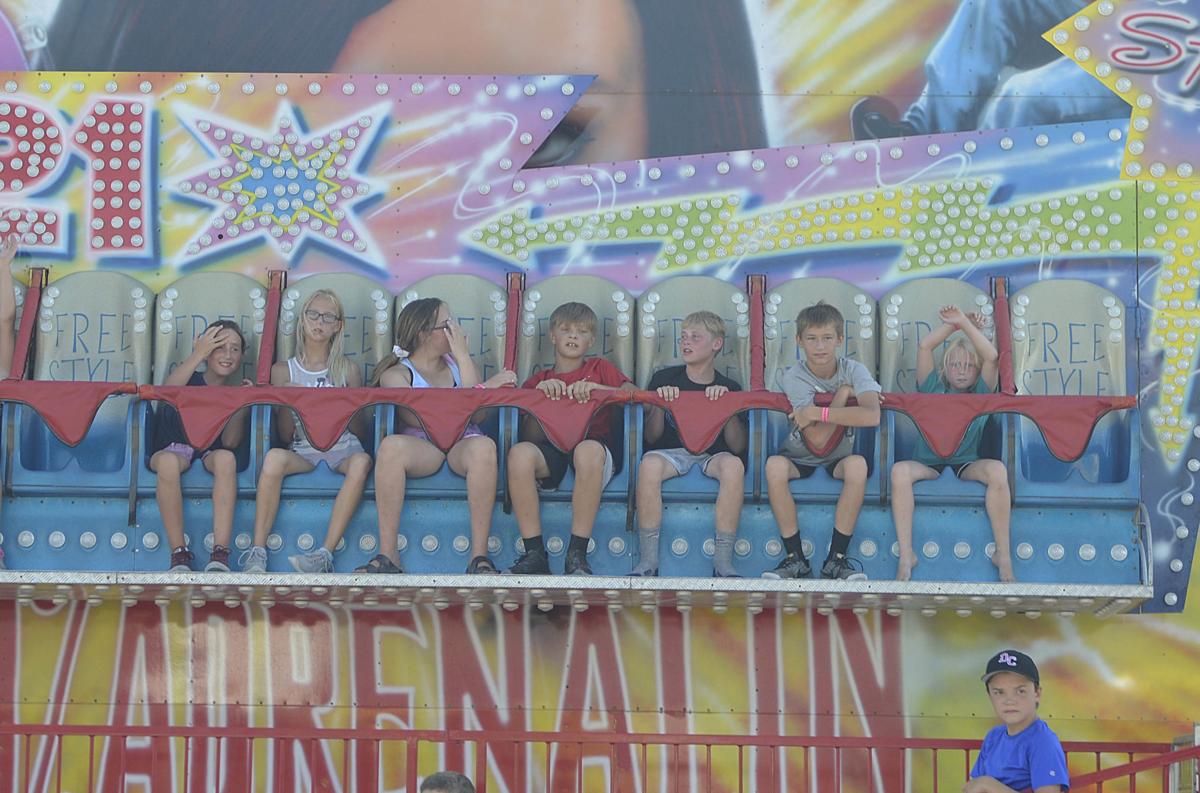 A group of kids ride Adrenalin at the 2019 Butler County Fair in David City. 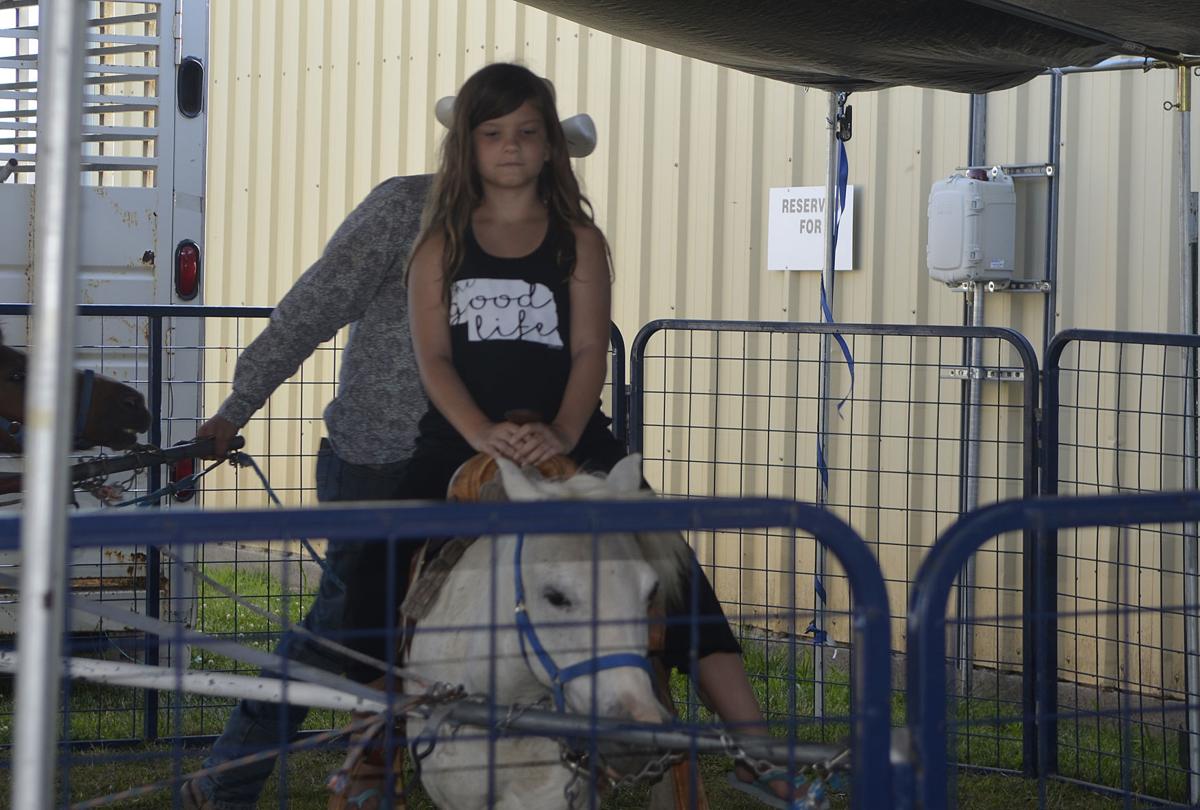 Mary Crum rides a pony during the Butler County Fair in 2019 in David City.

Attendees of the Butler County Fair can expect livestock shows and exhibitions, but most other events will not take place.

More information about how many people may attend the livestock shows and exhibition events and what precaution they must take will be available when the fair's final schedule is announced.

“All of our grandstand events have been canceled. And our Tasting Nebraska, which is a larger wine-tasting event we have, that has been canceled also. And we are unfortunately unable to have a carnival,” Butler County Ag Society Board Treasurer Mandi Topil said.

The state is not giving out licenses for carnivals. Carnivals are not permitted under the state's current COVID-19 Directed Health Measures (DHM). Buffets and beer gardens are prohibited under the current policies as well.

“All the livestock shows will go on as planned and the exhibitors have the option of stalling as normal or doing a show-and-go,” Topil said.

The fair is scheduled to take place from July 14 through July 19 in David City. Before a final schedule of events can be announced, though, Four Corners Health Department will have to give its seal of approval to the Butler County Fair plans as outlined by the Butler County Ag Society.

“If the venue holds 500 or more people, it has to be approved. But if a venue doesn’t hold 500 people there might be some aspects of the fair that fall outside of that,” Four Corners Executive Director Laura McDougall said. “We’ve had some fairs that, if they’re having bigger events, they’ll talk to us.”

As of June 24, Four Corners had reported 52 cases of COVID-19 in Butler County, with 46 recovered.

“We try to get people, if they’re in a grandstand, to sit in groups of eight and things like that. Also that they’re not going over the limits of people that are allowed,” McDougall said.

On Monday, McDougall said she did not believe the plans for the fair had been submitted yet.

It is Four Corners’ job to make sure event plans follow the rules laid out in the state’s DHM.

“We also look to see if there’s ways that we can increase things like hand washing or hand sanitizing. There’s some options that we have, too, to space people out so they can maintain that physical distance, that 6-foot distance,” McDougall said.

The Chauncey S. Taylor House, at 715 N. Fourth St. in David City, has been sitting for a decade, filled to the brim with furniture, clothing, …

In the last three years, it hasn’t been unheard of for a bank of lights to go dark during a football game at the stadium in David City – but t…

Laney Wall feeds some goats during the Butler County Fair in 2019 in David City.

A group of kids ride Adrenalin at the 2019 Butler County Fair in David City.

Mary Crum rides a pony during the Butler County Fair in 2019 in David City.