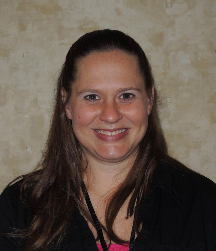 "Some people have asked me where I’m going from here," Parridgen said in a statement emailed to the Banner-Press on Monday. "Well, I leave that up to God and the Universe to decide. However, I do have a truly incredible opportunity to chase my songwriting/music dreams in Nashville and I’ve been putting that off for a few years now. Otherwise, I’m gonna throw up my sails and go wherever the wind and tide may take me."

Music has long been one of Parridgen's passions, and he has already experienced some success, having opened for musicians like Keith Urban and Gary Allan.

Parridgen began serving as the director on Dec. 1, 2020, about eight months after his predecessor, Kellie Keeling, resigned from the post in April 2020. Parridgen came to David City from Tuscon in 2018.

"...This was not an easy decision at all as Nebraska has been my home for close to the last four years," Parridgen said. "...It was an honor to work with all of you supporting this community! Finally, thank you to all the businesses and organizations that I had the privilege of representing at the Chamber. Thank you for putting your trust in me, it was truly my honor to serve."

Todd DeWispelare, who was president of the chamber board during Parridgen's time as director, declined a request for comment from The Banner-Press, indicating that his term on the board ended on Dec. 31, 2021.

Renee Williams -- the newly-appointed board president, formerly the vice president -- said community members wishing to contact the chamber may continue to do so by calling or texting 402-367-4238. Williams added that the chamber office will be closed while the director position is vacant.

Williams said the chamber is still planning to hold its annual banquet on Jan. 24 at the Butler County Event Center at the fairgrounds, 62 L St. in David City.

In his statement to the Banner-Press, Parridgen thanked a number of people for their support during his tenure as the chamber director, including Williams and DeWispelare.

"First and most importantly, I’d like to personally thank Kim Fergin for her wisdom, sound advice, counsel, humor and if not for her, I never would have found this chamber job," Parridgen said. "...My endless gratitude to the chamber board: Todd, Renee, Mark, Rick, Jeff and Nicole, it was my pleasure working with such true professionals. … Special thanks to Lisa Stallbum, Deb Dinkleman, Jacque Masek, Jim Angel and all of the Friends of David City."

He also had some words for whoever ends up taking his place.

"To the next Chamber Director: This is an amazing position that you’ll never want to leave," Parridgen said. "...This is a wonderful unique place with lots of opportunity ahead."

Editor's note: This article will be updated as the story develops.

Members of the Surprise Village Board have spent the last year trying to deal with a number of nuisance properties inside the village.

Where does the wastewater go?

For many people, the rule is "out of sight out of mind" once they flush their toilet -- but what happens after is top of mind for the staff of…

Lifelong Butler County resident Steve Fuxa is one of 11 Nebraska farmers, ranchers and agribusiness professionals to have been selected for th…