Slightly over a dozen people gathered in the Hruska Memorial Library's Community Room on Aug. 30 to give input on how to improve David City's downtown.

The meeting was the latest step taken by the City of David City to develop a Downtown Revitalization Plan.

A July 30 announcement on the city website announced the Downtown Revitalization Plan, which is being created with help from students and staff of the Community & Regional Planning Program at the University of Nebraska-Lincoln (UNL). The Southeast Nebraska Development District (SENDD), of which David City is a part, is also participating.

"This plan will guide the growth and development of David City's downtown area," the July 30 announcement said.

The announcement also included a link to a survey. The results of the survey, which closed on Aug. 10, were covered at the Aug. 30 community meeting.

UNL Professor & Director of the Community & Regional Planning Program Zhenghong Tang and several of his students attended the meeting to get feedback from the David City community members who were present.

"We've had over 119 responses (to the survey). We didn't expect that much -- I would say probably 30 or 20," Tang said at the community meeting. "There was a lot of good information in there."

According to the survey, the easy access to the courthouse, public library and art and history museums was the downtown's most mentioned strength, while the area's aging infrastructure was shared as its number one weakness.

Several minutes into the meeting, the community members present split up into three groups to discuss their concerns and hopes for the downtown area.

Several attendees brought up the need to attract new businesses to occupy existing but empty space in the downtown area, as well as the importance of creating long-term succession plans for the businesses that are there now.

"In the focus group that I was a part of, we discussed attracting professional services to the downtown area...like law offices, another dentist -- things of that nature," City Administrator Clayton Keller told the Banner-Press.

The desire for a coffee shop or similar business, and the fact that many people in town travel to Columbus for certain retail stores and services, also came up. Once person half-jokingly asked about bringing a Dairy Queen to town.

Other topics included the lack of green space in the downtown area, as well as the need for more activities geared toward children and families and infrastructure for pedestrians and bicyclists, especially for school children.

Meanwhile, the visitors from UNL asked about turning the second stories of some of the existing downtown businesses into residential space, similar to what has been done with the Wolfe Building at the corner of Fourth and E Streets.

The Downtown Revitalization Plan is still in a fairly preliminary stage, though.

In the meantime, Keller said the city will continue to accept public comments.

"If people have thoughts and opinions that they would like to share, I will share that with the students as they put the plan together," Keller said. 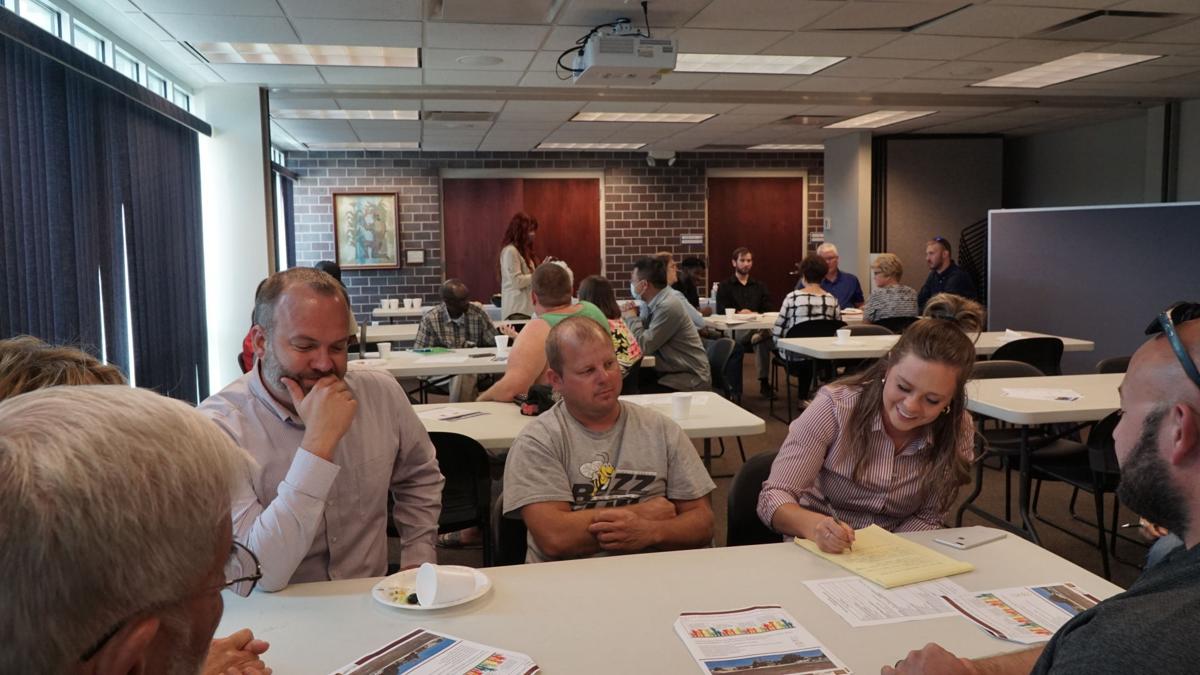 David City community members split into three groups for a community engagement meeting at the public library on Aug. 30. Improving the downtown area was the topic of discussion. 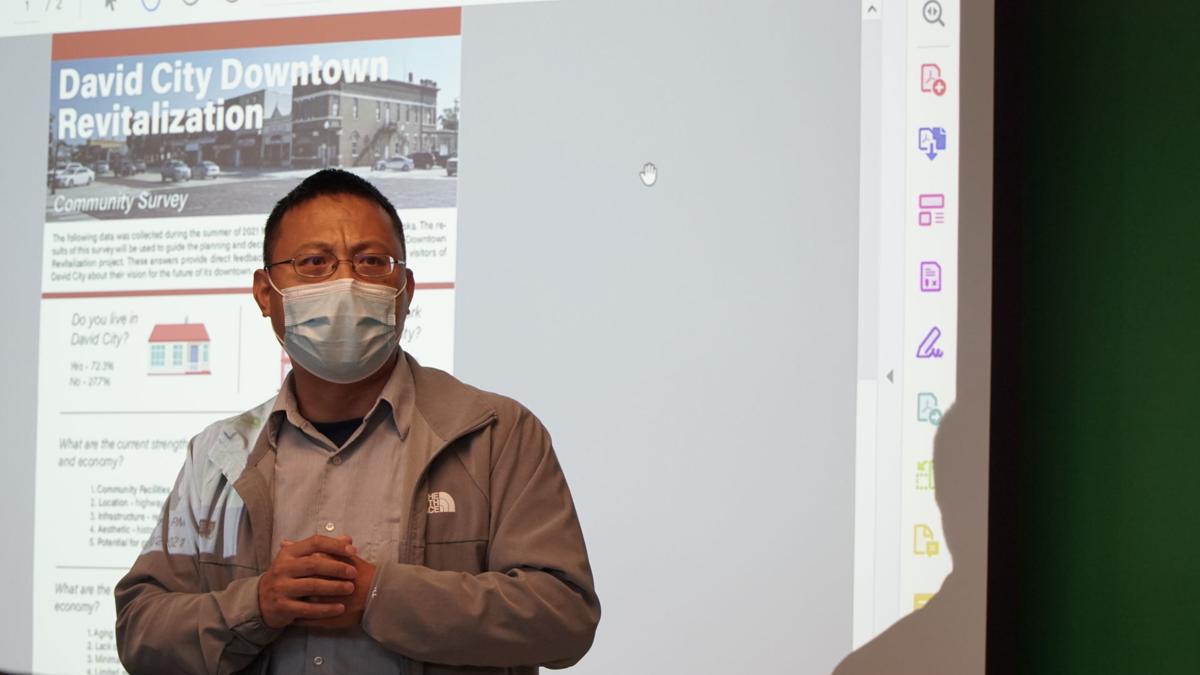 UNL Professor Zhenghong Tang speaks at a community meeting inside the Hruska Memorial Public Library in David City on Aug. 30. Tang is leading the group of students who are developing David City's Downtown Revitalization Plan. 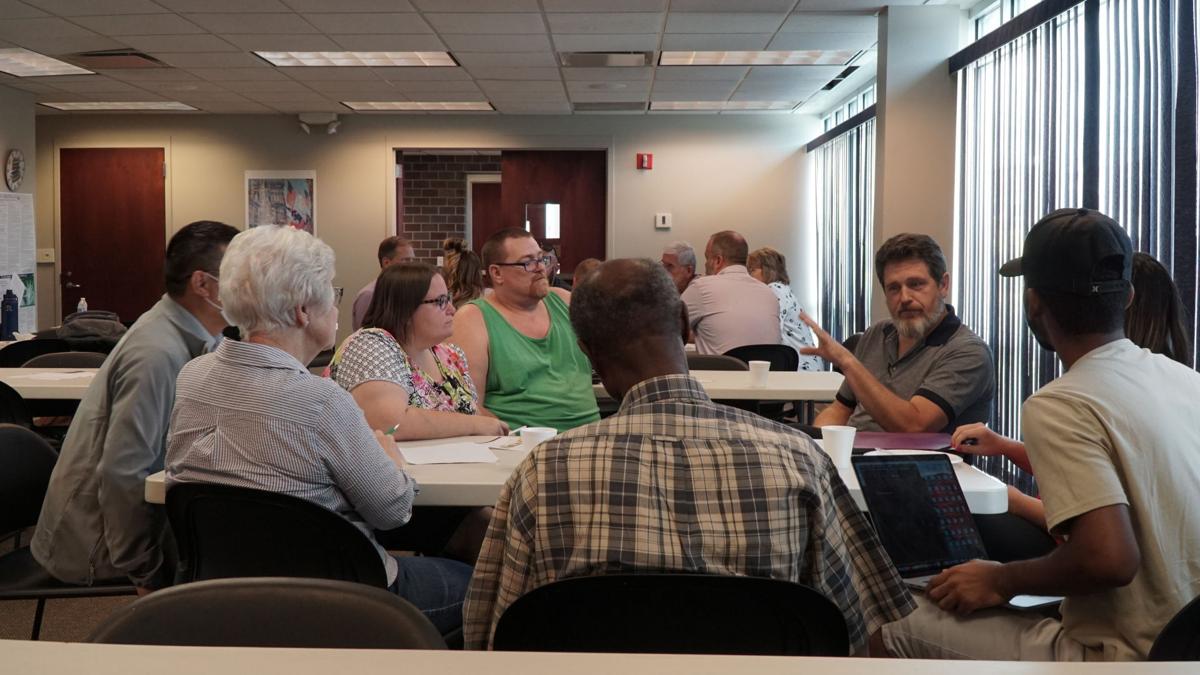 On Aug. 30, members of the David City community gathered at tables in the Community Room at the Hruska Memorial Public Library, 399 Fifth St. in David City, for a downtown revitalization community engagement meeting. 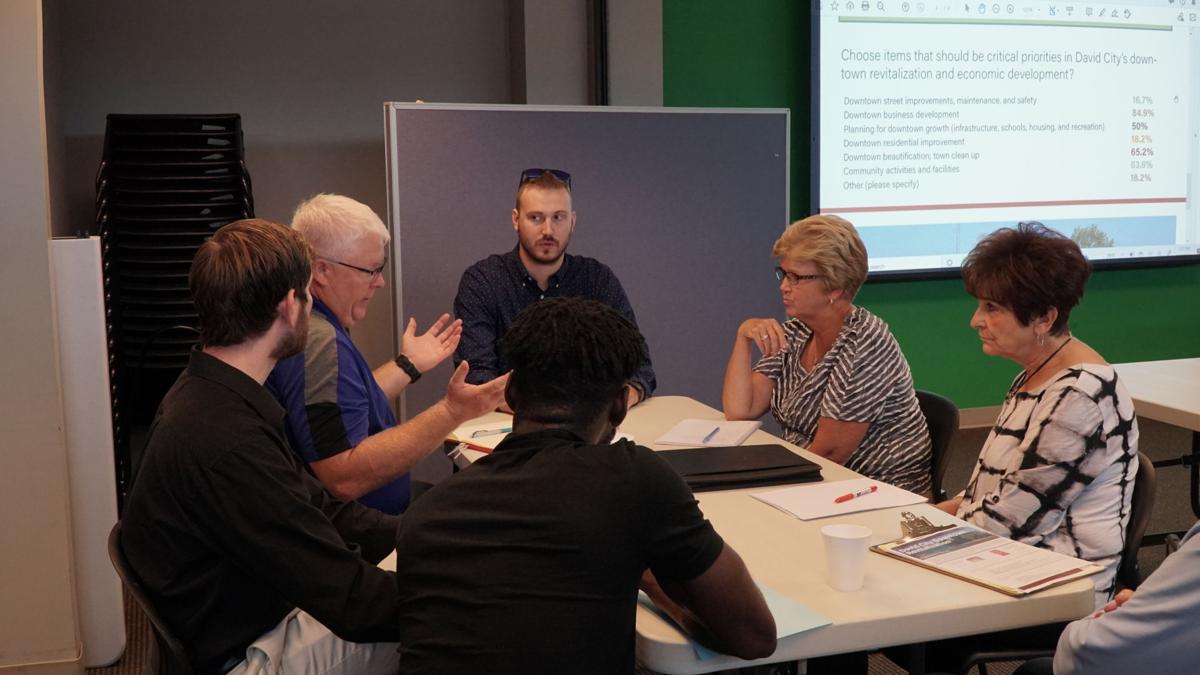 Clayton Keller, far left, Kurt Mantoya, Tami Comte and Louise Niemann talk in a group about what their concerns for downtown David City at a community engagement meeting on Aug. 30.