Officials are investigating a significant medical event that occurred in a Four Corners Health Department resident approximately a week after they received a dose of a Moderna vaccine.

Four Corners announced the investigation in a March 31 press release. The person's name and the nature of the medical event have not been released.

During an April 1 Butler County COVID-19 situation update over Zoom, Four Corners Executive Director Laura McDougall said it is standard operating procedure to do an investigation whenever an adverse reaction is observed following a vaccination.

During the investigation, McDougall said, all factors that may have contributed to the event will be considered by experts at the Centers for Disease Control and Prevention (CDC).

"The protocol for this type of situation is that we do report it through the Vaccine Adverse Event Reporting System (VAERS)," McDougall said.

The impacted providers - Four Corners, the Nebraska Department of Health and Human Services (NDHHS), the CDC and the Food and Drug Administration - are all involved in the investigation.

McDougall said these investigations take time. She said the same investigation process finished for a different Nebraska case about a month ago.

"The investigation determined that there were other causes of death," McDougall said.

A March 17 press release from the NDHHS announced the conclusion of that investigation, which involved the mid-January death of a man in his 40s.

"It was fairly early on in the process," Butler County Health Care Center CEO Don Naiberk said during the April 1 Zoom call. "I think we had just maybe started (vaccinating) the 65-plus crowd."

Up to this point, McDougall said, no major contraindications have been found for the Moderna vaccine.

"Looking across the nation, this vaccine has a very good safety record," McDougall said. "Over 405,000 of these vaccinations have been given in Nebraska without any major incident. We still have a lot of confidence in this vaccine, but there is an investigation pending and we want to be very open and transparent about that so everyone understands that this is being looked at."

McDougall said any findings about the safety of the vaccine will be reported.

"If there is a problem with the safety of the vaccine, it's very important that we know that," McDougall said.

McDougall also emphasized that the hearts of the Four Corners staff remain with the individual and his or her family.

"This person has dedicated their life to helping people and saving lives," McDougall said. "This is very difficult for everyone."

After 45 years as a nurse, Margie Struck is planning to finish up her 45-year nursing career at David City Public Schools, the same district f…

Easter weekend was a busy one for members of the David City Volunteer Fire Department.

With COVID-19 vaccines available to all adults, a 'new normal' may finally seem within reach but a lot is still uncertain about the months and…

On the morning of Friday, April 2, two years after March 2019 storm winds ripped part of the roof off its old grandstand, work started on the …

WATCH NOW: 'A bit of a dream world': Treehouse near Bellwood has elevator, spiral staircase

Barton "BJ" Barcel has been working on a treehouse for seven years. 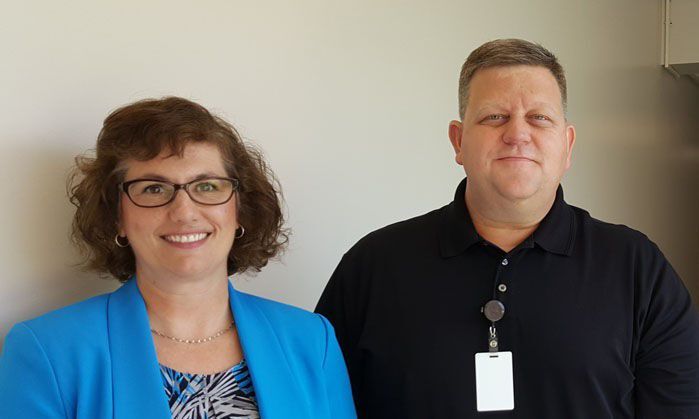 Four Corners Health Department Executive Director Laura McDougall speaks during an April 1 Zoom call with Butler County officials. McDougall said her thoughts remain with the family of a healthcare worker who had a medical event following their COVID-19 vaccination.