Dozens of David City Public School students got the chance to watch members of the Masonic Grand Lodge of Nebraska conduct a cornerstone laying ceremony at the school on Oct. 13.

The ceremony marked the completion of the recent addition to the David City Secondary School, 750 D St. in David City.

During the ceremony, Nebraska Grand Lodge Grand Master James Carlton explained that, originally, Freemasons would literally lower the cornerstone, or foundation stone, into the ground to serve as the starting point for a building under construction.

These days, Carlton said, the cornerstone laying ceremony is symbolic.

"Freemasonry relies heavily on symbolism to relay its message. The cornerstone and the accompanying time capsule will be symbolically laid today for installation at a later time," Carlton said.

Carlton explained that Freemasons use tools of the building trade to impart moral and ethical lessons.

Members of the Nebraska Grand Lodge were present at the ceremony on Oct. 13 and they did indeed approach the cornerstone to check that it was square, level and plumb.

Carlton said the theme of threes is important in Freemasonry.

"This recurring theme reminds us of the three principle stages of life -- namely youth, manhood and age -- as well as the three components of a complete person -- the physical, the mental and the spiritual," Carlton said.

Freemasons may lay the cornerstones of buildings dedicated to worship or public service such as government or education. David City's local lodge, Fidelity Lodge No. 51, helped arrange the cornerstone ceremony at David City Secondary School.

Fidelity Lodge Master Mike Jones told the Banner-Press that Freemasons are, in many ways, like any other membership-based community group. In particular, he noted Freemasons' charitable work.

Jones said Freemasonry is not a religion, that its practices do not include sacraments and noted that discussing politics is forbidden.

"We use a lot of Old English terminology that really loses people," Jones said. "They hear the word 'worshipful' and they think it's a church thing but it's no different than saying 'your honor' in court. It's Old English for (referring to) a respectful position. But that gets twisted up all the time."

Jones added there is a lot of misinformation, historically, about Freemasonry.

"A lot of it's controversial, a lot of it is negative and that's unfortunate," Jones said.

"There's a lot of patriotism, a lot of support of an individual man's pursuit of his faith. We have no claim to any religious belief as being more important than any others so it's open to any many of any type of faith," Jones said. "...It's simply a fraternity that's open to men who want to put ethics into practice."

Third Ward Council Member John Vandenberg has missed at least half of the David City council's meetings so far this year. 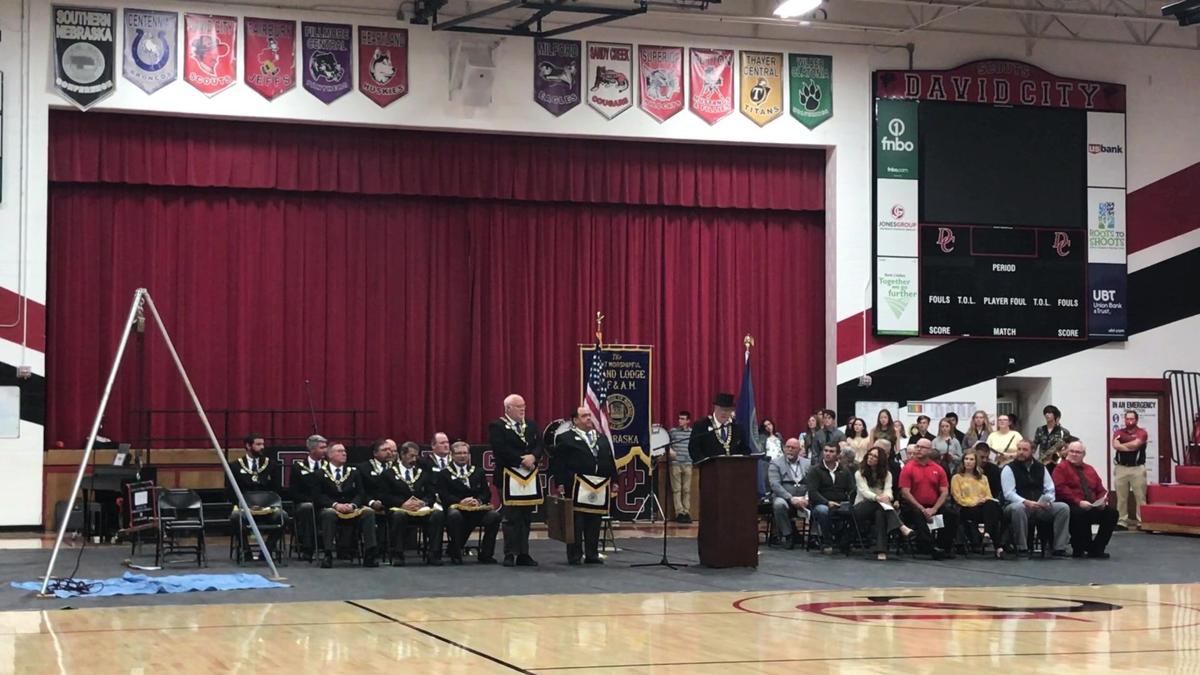 James Carlton, the grand master of the Masonic Grand Lodge of Nebraska, speaks at a cornerstone laying ceremony at David City Secondary School on Oct. 13. 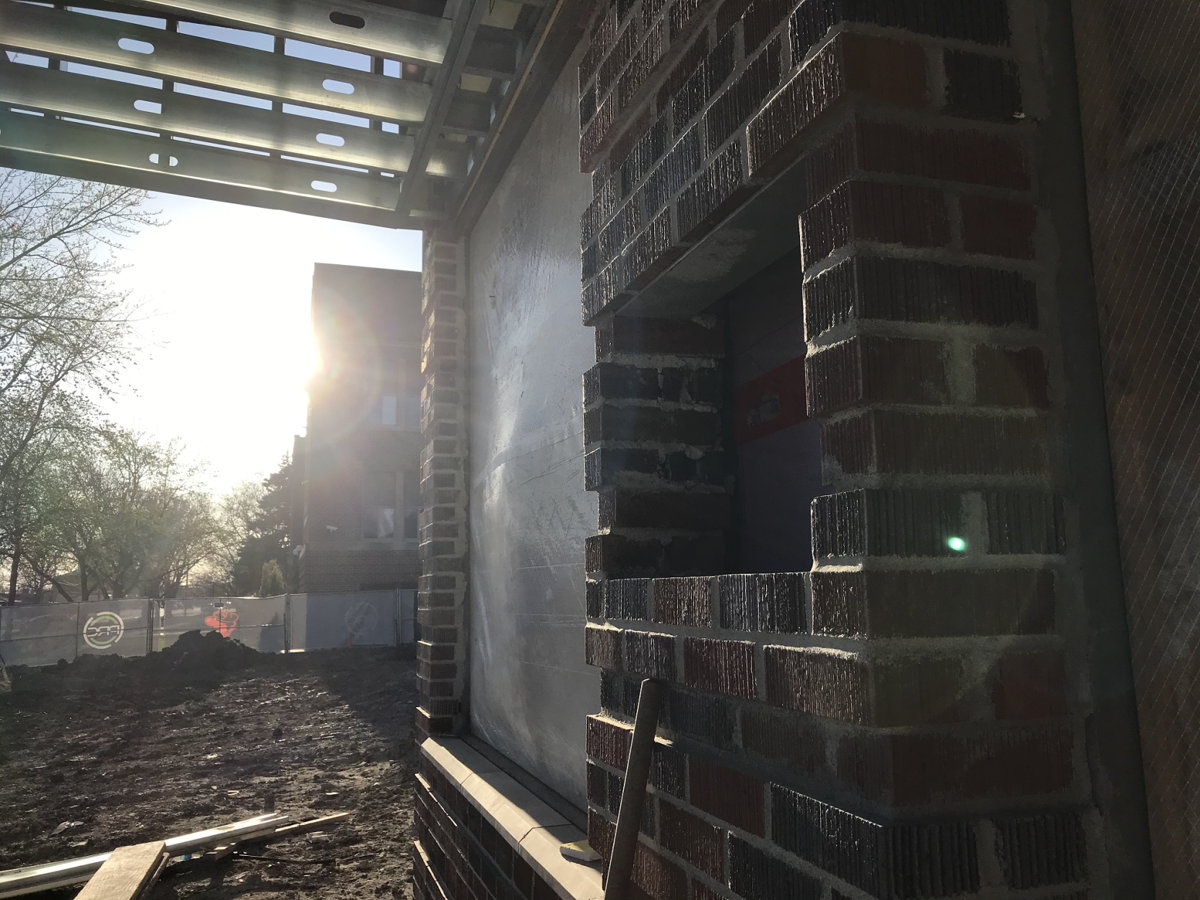 On April 12, a square space sits empty in part of a wall for the new David City High School addition. The space is where the new addition's cornerstone will be located.