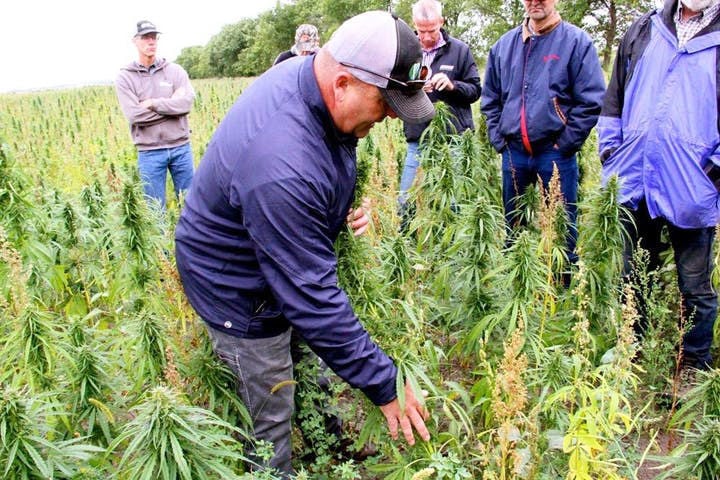 Jeff Kostuik, a Canadian hemp farmer, was one of several guest speakers slated to speak during the David City Hemp Forum held earlier this week inside of the David City Auditorium. The forum provided a platform for area producers to learn more about the hemp planting industry at large, which was legalized by the legislature late this session. 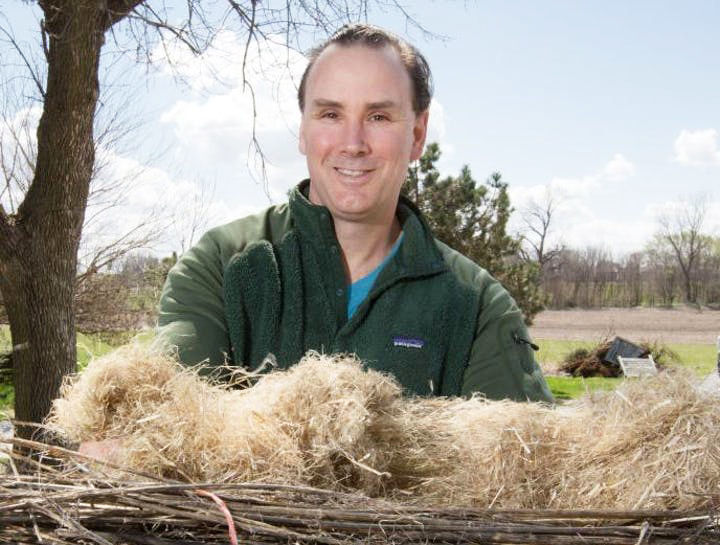 Omaha resident John Lupien has more than two decades of experience in the hemp industry. He is one of many Nebraskans looking to further capitalize on the state's newly passed hemp laws allowing expanded opportunities in the marketplace. Lupien was scheduled to be on the guest speaker panel earlier this week during the David City Nebraska Hemp Farmers Forum.

With the passage of Omaha Sen. Justin Wayne’s Nebraska Hemp Farming Act (LB657), dozens of farmers across the state of Nebraska are showing interest in planting, processing and financially benefiting from the newly legalized state industry.

The bill, passed late this legislative session in early June, has resulted in numerous farmers having the opportunity to apply for planting licenses this season through the Nebraska Department of Agriculture. And while the ability for state producers to legally plant a crop that’s been banned from purposely placing in the ground for decades is piquing interest, there is still a lot of confusion about what this all means for state producers.

Because of this, Omaha-based Midwest Hemp Forum – a nonprofit organization dedicated to providing information about the growing processing of hemp products – has been scheduling a variety of gatherings around the state to provide producers with the know-how to plant the crop, a relative of marijuana with extremely low levels of delta tetrahydrocannabinol, or THC.

Earlier this week, an estimated 100-150 producers from Butler and several surrounding counties were expected to fill the basement area of the David City Auditorium to hear a variety of speakers touch on the rules, regulations and benefits of planting the fibrous green plant. Previously this year, a forum was held in Clatonia and another is scheduled to be held on Aug. 15 in Pilger.

“You know, it’s (David City) pretty centrally located between York and Columbus and a lot of the areas that we are trying to target because we want to represent this as an option to agricultural producers, specifically grain producers who have been growing corn and soy, because this is something that hasn’t been grown in Nebraska for 80 years,” said Colin Fury of Midwest Hemp Forum. “We want to give them (producers) another tool in their toolbox as they look to diversify what they do.”

“We don’t have any current generations of hemp farmers so we are putting together these forums so farmers get a feel and understanding of this new type of agricultural grain production,” Fury said. “Because when you plant corn you sell corn, and when you plant beans you are selling beans, but with hemp, you’ve got a flower that can go into CBD which Forbes estimates will be a $22 billion business by 2021-2022.”

John Lupien, a Nebraska hemp processor, has more than two decades of experience in the hemp industry and is currently in the process of building a state-of-the-art fiber processing facility in Nebraska, where employees process hemp and work with supply chain partners to develop farm-to-market solutions for hemp products. Lupien served as one of the guest panel speakers during Tuesday’s four-hour forum.

“Hemp fiber has always been legal in the U.S. and imported for years – we are the largest hemp importers in the world,” Lupien said. “That market has been developed along with hemp seed production, which is considered to be a superfood, just like flax seed. The majority of (hemp) demand is here in the United States and that probably isn’t something that is going to slow down.”

Enabling hemp planting could be a huge move for farmers looking to do something new with their land, Lupien said. With the recent flooding and ongoing tariff struggles with China, Nebraska corn and bean commodity prices have taken a real beating.

“We are not sure what is going to happen with China, but those bean prices are down, corn is lagging and when you tell folks they can be making a big profit on these acres (with hemp), it’s making them take pause and think about if this is one place where they want to take their operations,” he said.

Lupien said that hemp planting can turn a solid profit even if it’s planted on a relatively small plot of ground. Farmers might expect anywhere from $800 to $1,200 per acre based on yields.

“And folks with smaller operations, this will boost a lot of new life into the Nebraska family farm,” Fury said. "Because you can do really well with just a couple of acres. You don’t need hundreds to be successful.”

The rest of this season is likely to be more experimental than functional for most farmers who are able to get hemp into the ground. The state Department of Agriculture is only accepting planting applications through Friday.

“And you (farmers) have to undergo an FBI background check that makes sure that no applicants have been convicted of drug-related felonies in the last 10 years,” Fury said. “And that can take anywhere from 48-72 hours, so we hope that Gov. (Pete) Ricketts will extend that deadline … This year it looks like most farmers are just looking to educate themselves and see if this is an option they want to pursue heading into next year.”

Jeff Kostuik, a Canadian hemp farmer, was one of several guest speakers slated to speak during the David City Hemp Forum held earlier this week inside of the David City Auditorium. The forum provided a platform for area producers to learn more about the hemp planting industry at large, which was legalized by the legislature late this session.

Omaha resident John Lupien has more than two decades of experience in the hemp industry. He is one of many Nebraskans looking to further capitalize on the state's newly passed hemp laws allowing expanded opportunities in the marketplace. Lupien was scheduled to be on the guest speaker panel earlier this week during the David City Nebraska Hemp Farmers Forum.