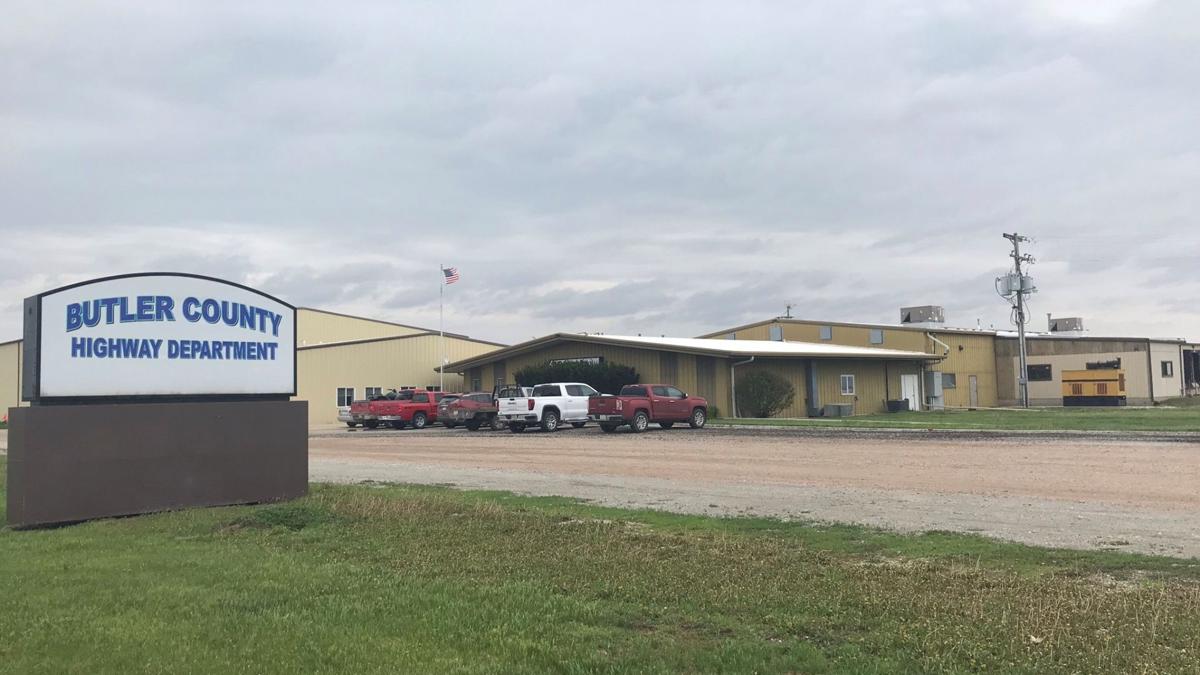 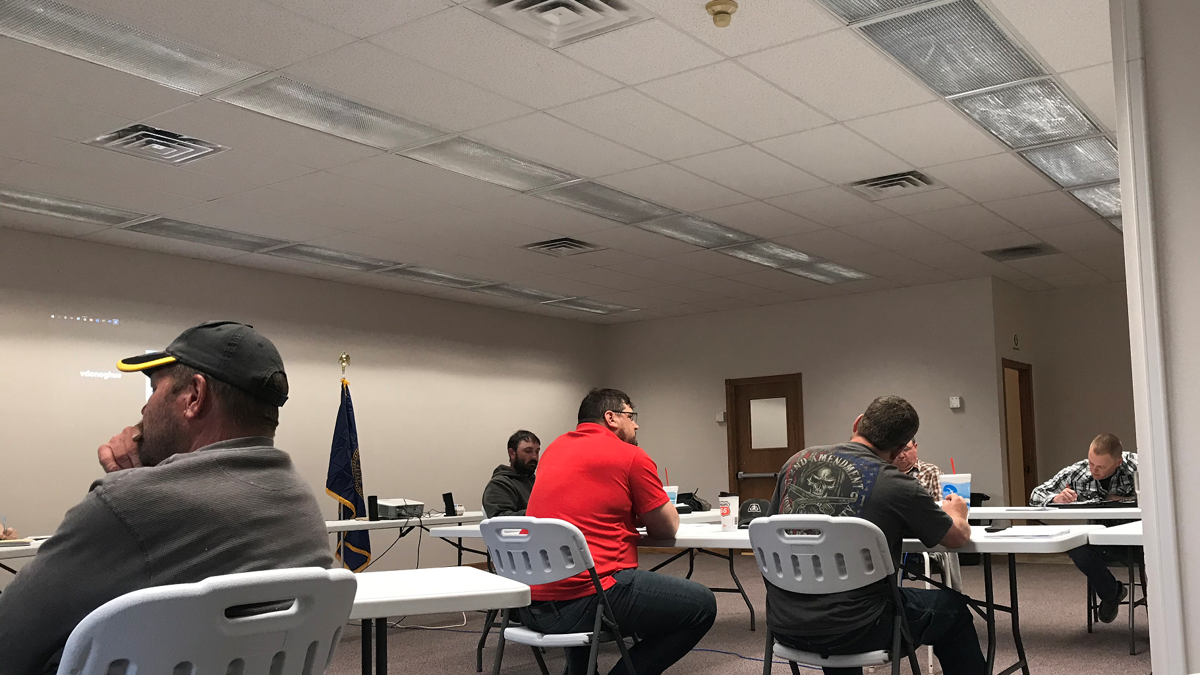 Randy Isham, far left, listens during Monday morning's Butler County Board of Supervisors meeting. Isham was named the county's interim highway superintendent in January, and in March, the Board selected him to fill the position permanently.

Isham was appointed the interim highway superintendent following the Butler County Board of Supervisors decision in January to not reinstate Jim McDonald in the role. The county began seeking a replacement in January, a search which ended on April 19 when the Board voted to approve Isham for the position.

"I think six of them were from Nebraska. One of them was from out of state," Loges said.

Supervisors Scot Bauer, Dave Mach and Tony Krafka — who are on the Board's roads and bridges subcommittee — conducted the first round of interviews, while Supervisors Ryan Svoboda, Bob Coufal and Anthony Whitmore did the second round.

"Then … we discussed it and thought that Randy was the most suitable," Loges said.

Loges said Isham was the only person from within the highway department to apply for the position.

Isham has worked at the Butler County Highway Department since 2003.

"I'll have been with the county 18 years this June," Isham said. "I've been a bridge foreman, I've been on the bridge crew. I've been a road, bridge, maintenance and construction foreman for about five years."

When Isham became the interim superintendent earlier this year, the Board increased his pay to $26.50 an hour.

Upon announcing Isham as the new superintendent at the Board's April 19 meeting, the Board set his annual salary at $60,000.

In Nebraska, county highway superintendents must pass a licensing exam to receive certification. Of the seven people who applied for the position, Loges said only one was already licensed.

"We interviewed him and then at the end, he pulled his application and said he wasn't interested anymore before the decision was made on who to hire," Loges said.

Isham will need to earn his license.

"I have to take the highway superintendent licensing test," Isham said. "...I will be signing up for it in the next week or two."

In the meantime, Isham said he is excited about the new challenge of running the highway department. He said he threw his name in the ring for the position because of his history with the department.

"I've been involved in hiring most everyone that's still working here, with the exception of probably four people. These are my guys and I know them very well," Isham said. "...I guess I felt like I was probably the best fit to continue moving forward with the county."

"That and all of his knowledge of the area, of the roads. He knows the roads backward, forwards, inside and out. He's been dealing with the people in Butler County for many years. He's got a very vast knowledge of what goes on at the roads department — not only just the roads but the employees. So he's got a handle on a wide variety of things," Loges said.

It's a big month for the Hruska Public Memorial Library in David City. 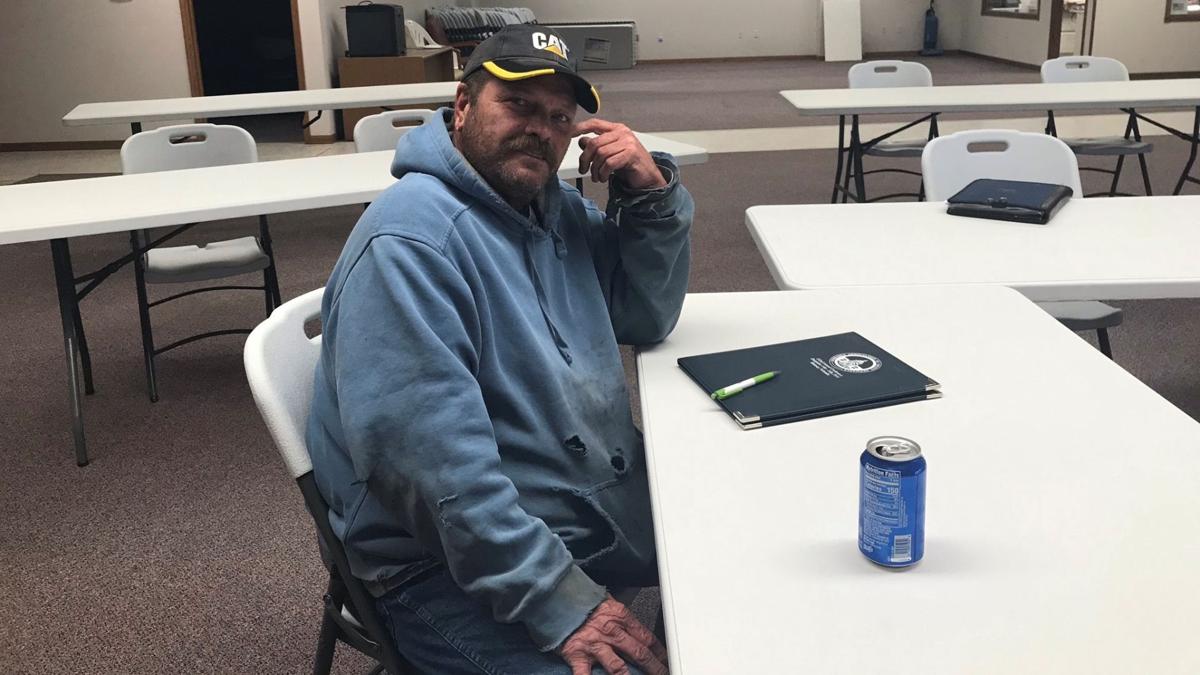 Randy Isham, far left, listens during Monday morning's Butler County Board of Supervisors meeting. Isham was named the county's interim highway superintendent in January, and in March, the Board selected him to fill the position permanently.