Damage done in other parts of Butler County by recent rains will likely push back the start date of work intended to address water drainage issues in the Linwood area.

Linwood Village Board Chairwoman Deb Johnson described the water drainage issues at an Aug. 2 Butler County Board of Supervisors regular meeting, where she also urged the board to take action to prevent further damage in the area.

When the area gets heavy rains, Johnson said at that meeting, the water comes down the hills south of Linwood and rushes into town, flooding the east end of Sixth Street and several properties on the east side of town along Elm Street.

"With all the rain that we have had and the ground being as wet as it is, the water will stand (while the rain is pouring) because our water table is so high," Johnson told the Banner-Press on Sept. 2.

For example, Johnson said, her backyard in Linwood was a little flooded several days ago, but the water drained away as soon as the rain slowed down.

The issue is that the water sometimes comes through town so quickly that it overwhelms the system, flooding people's yards, driveways and homes. It's particularly bad at a couple of properties near the intersection of Sixth Street and Elm Street, Johnson said.

There are some small concrete culverts there on the north and south sides of Sixth Street, right by a couple of driveways.

"Those culverts are old, they're stopped up and...(I was) told once before that one end of that culvert is crushed," Johnson said. "...Those need to be changed out and those ditches need to be dug out right there under those driveways."

Johnson said the water comes from all directions and hits the property on the north side of Elm Street and Sixth Street corner particularly hard.

Nothing further has been mentioned about a drainage ditch solution tossed out by a couple of county officials at the Aug. 2 board meeting, which would have probably involved going through a farm field north of Sixth Street on the east side of Linwood.

However, Butler County Highway Department Superintendent Randy Isham said the department will be cleaning out the ditches and culverts in the area and raising Sixth Street back up to its original height.

"It's been flooded so many times (the road) has been washed into the field," Isham said.

Dealing with the culverts on the east end of Sixth Street may be trickier.

"I can't change culvert sizes and whatnot because...we'll flood somebody else's. So I've just got to clean everything up," Isham said. "It's going to take time."

However, Isham said the Village of Linwood has already done itself a huge favor by correcting undersized culverts throughout the village.

"They've corrected that and that alone should help quite a bit," Isham said.

In any case, Isham said, the last week of rain has caused problems elsewhere in Butler County -- mostly in and around David City and Ulysses -- that will need attention first. 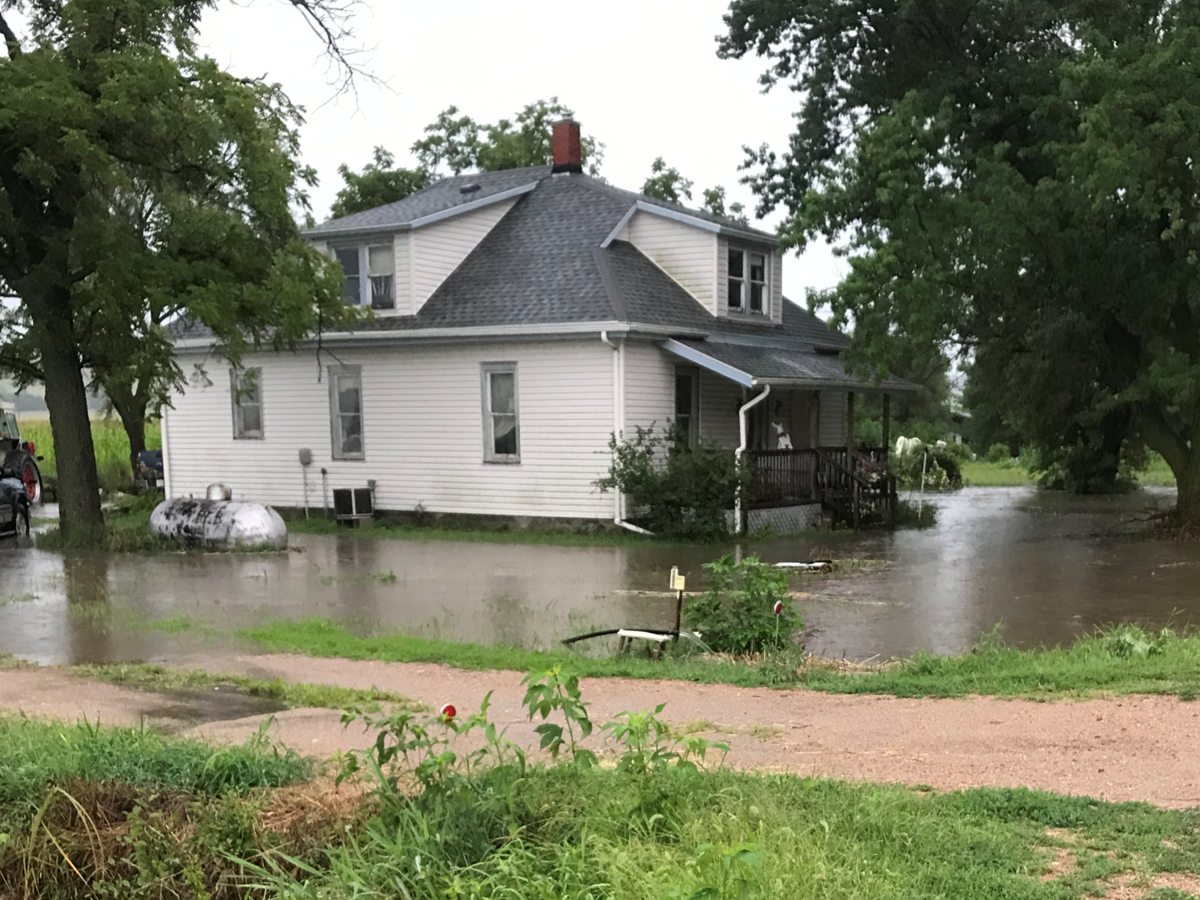 A home near Elm Street in Linwood is surrounded by water in 2019. Deb Johnson said much of the village looked like this before the Platte River flooded that year due to water drainage issues in the area. Rains in 2017 produced similar results. 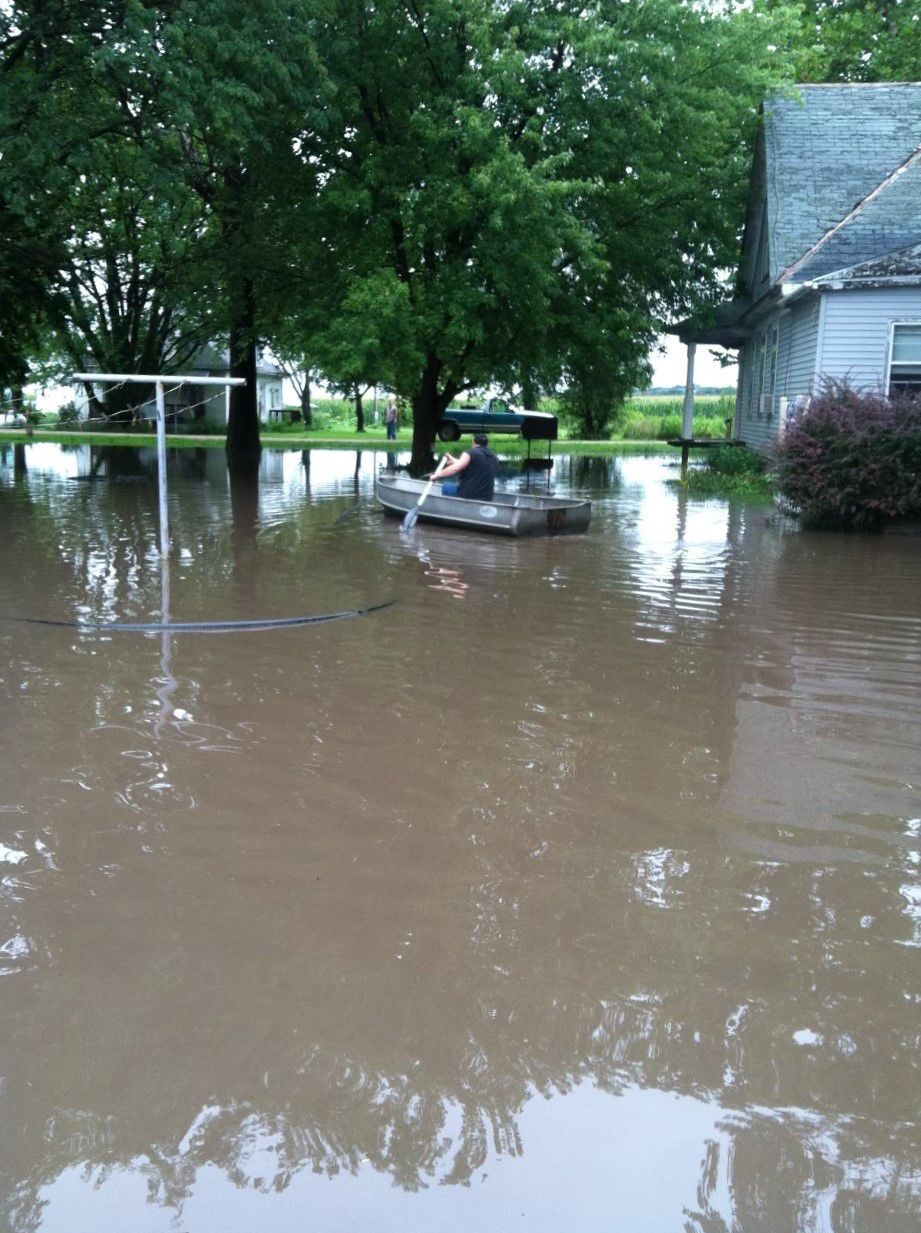 A resident canoes through the yard at Deb Johnson's Linwood home in 2017. Previously, Johnson said she has had to paddle from her home to her car to go to work. She worries about what another round of heavy rains will do to the area. 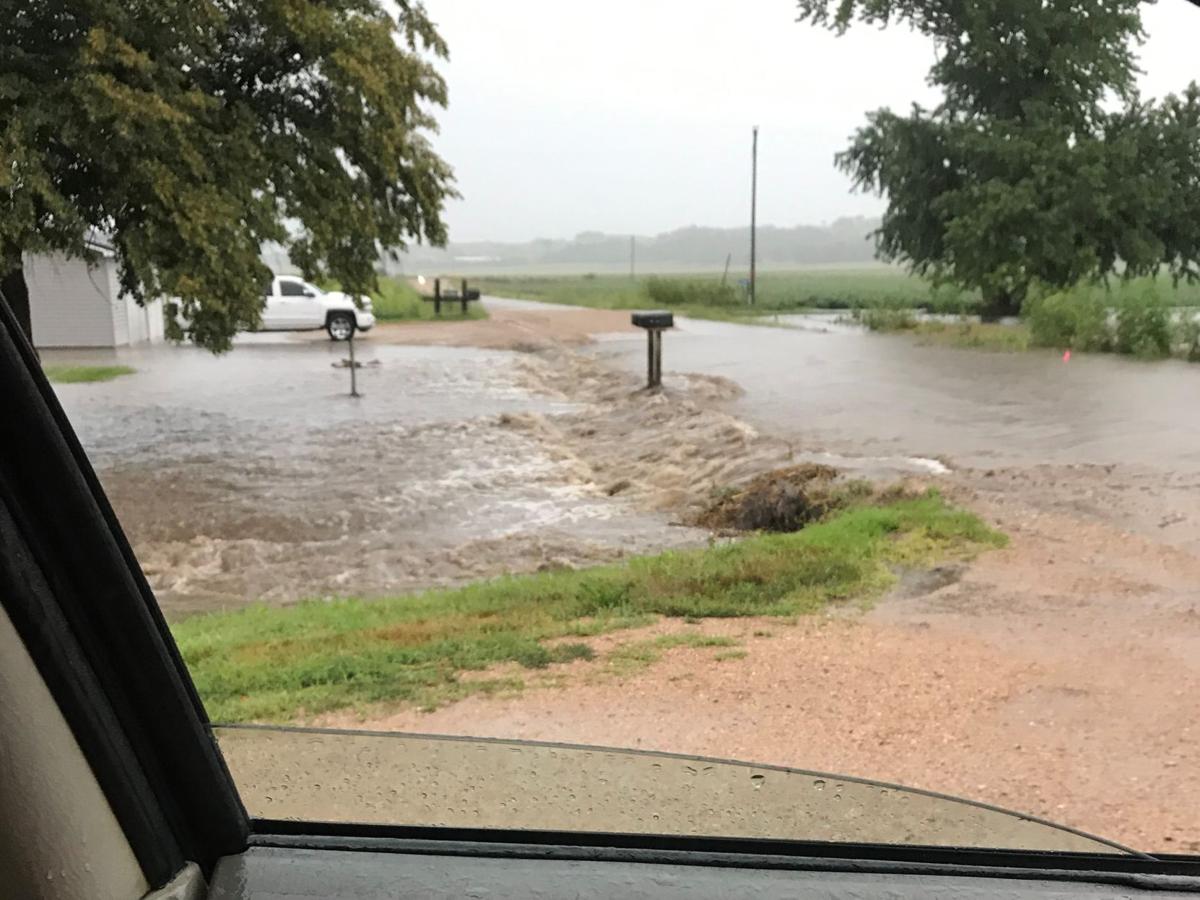 In 2019, heavy rains flooded Linwood before the banks of the Platte River were ever overcome by water. This photo from that time shows how much water came across Sixth Street in an area where the water drainage issues hit people the hardest, according to Deb Johnson. 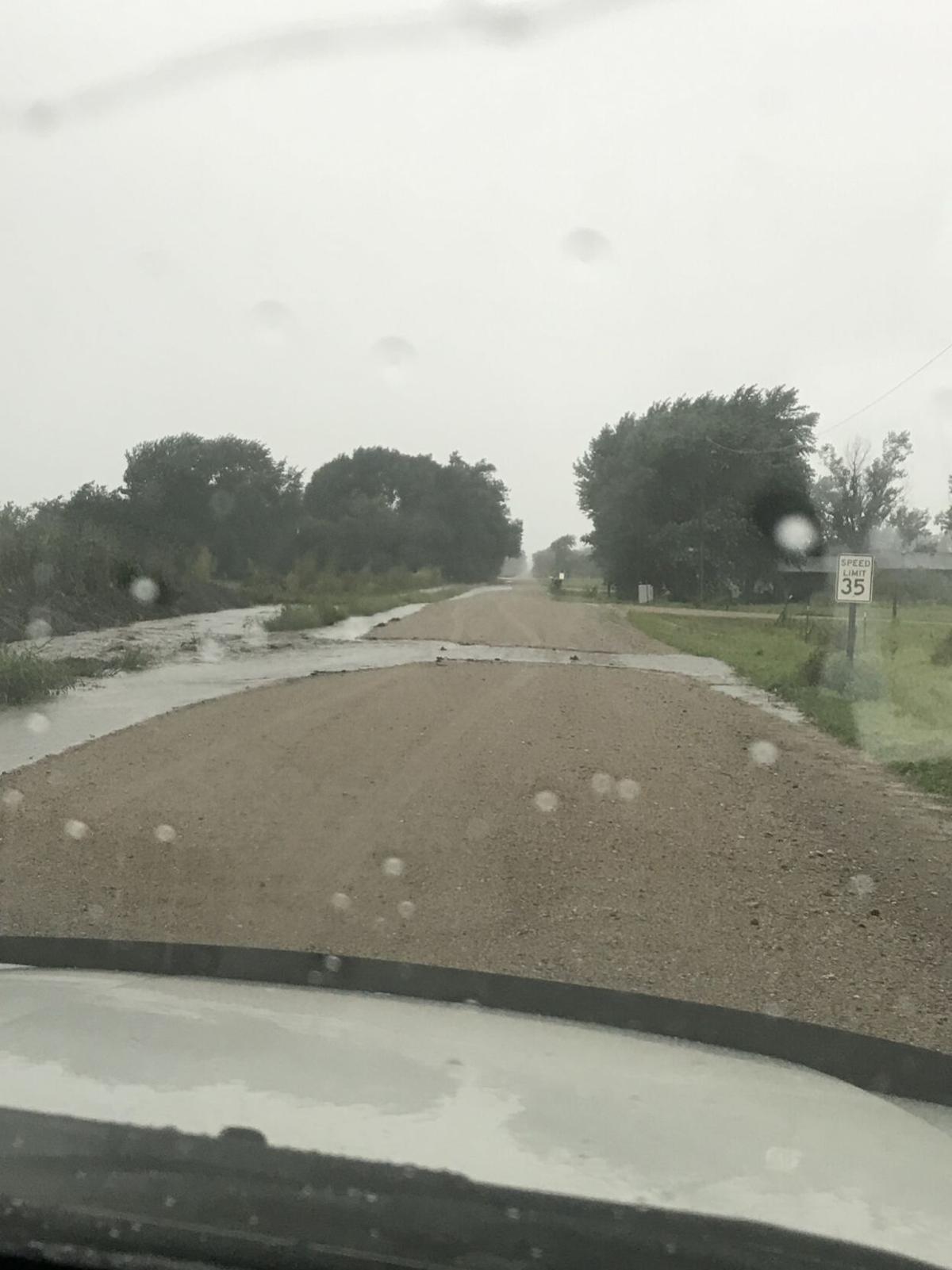 Water crosses Sixth Street by Linwood in Butler County in 2019. The road has been flooded so many times it is far below its original elevation, but Highway Superintendent Randy Isham says his crews will work to raise the road.