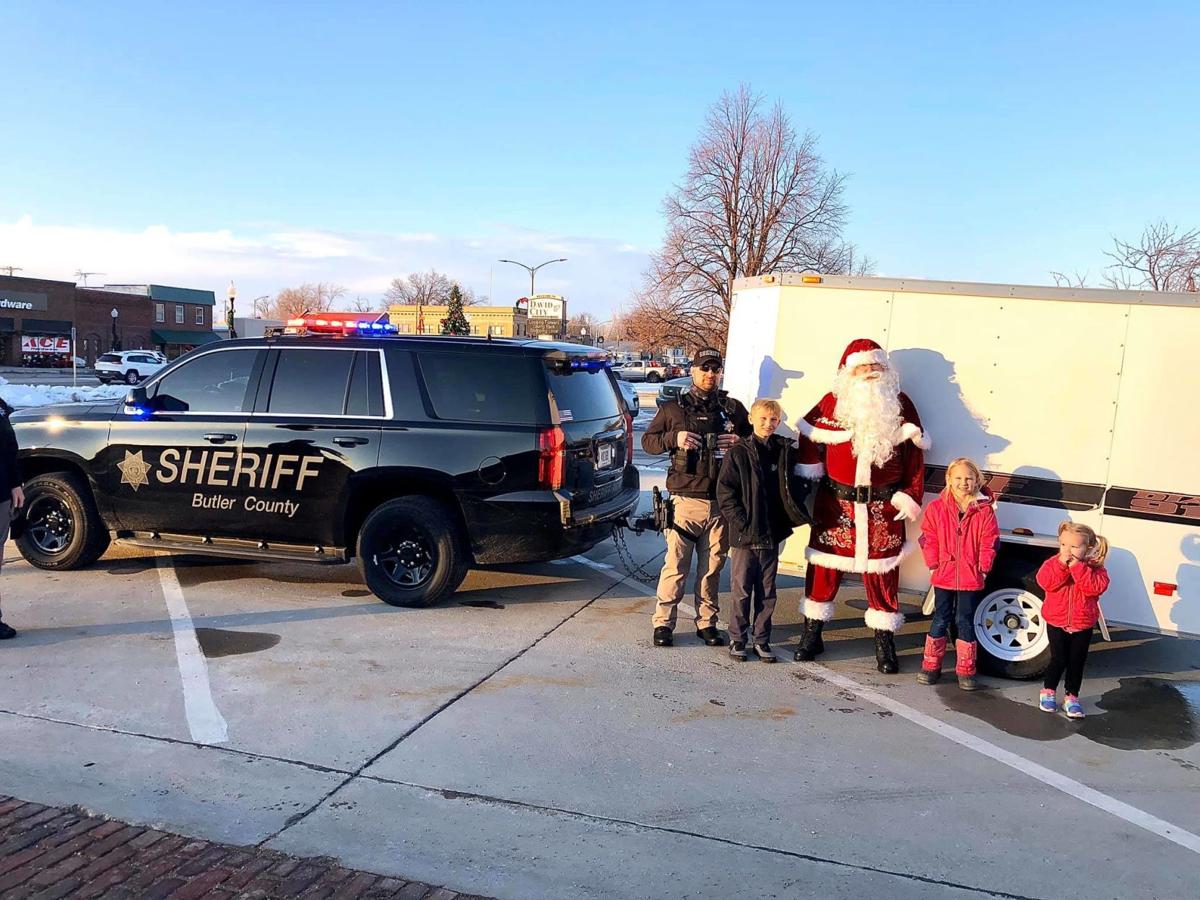 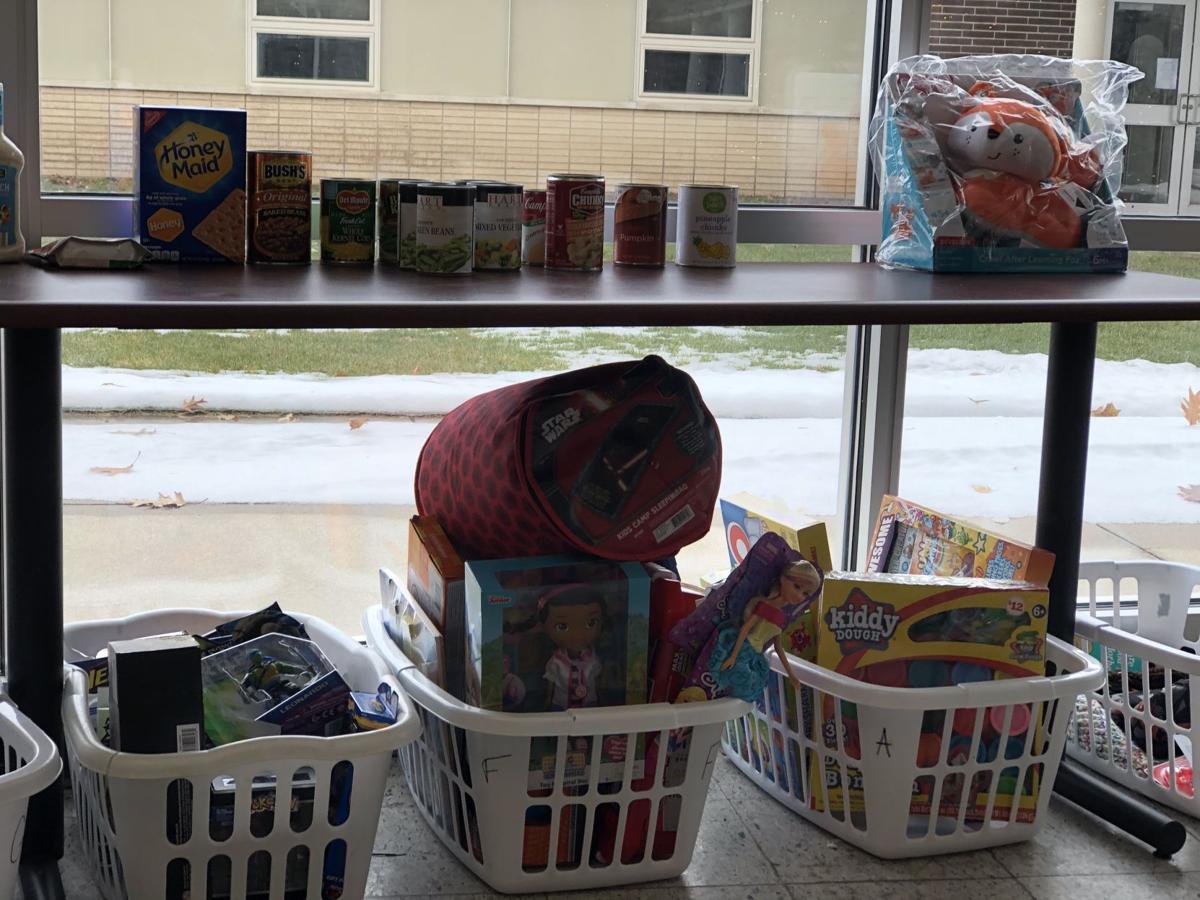 Select items that were donated during the 2019 Stuff the Cruiser event sit inside the Butler County Sheriff's Office. 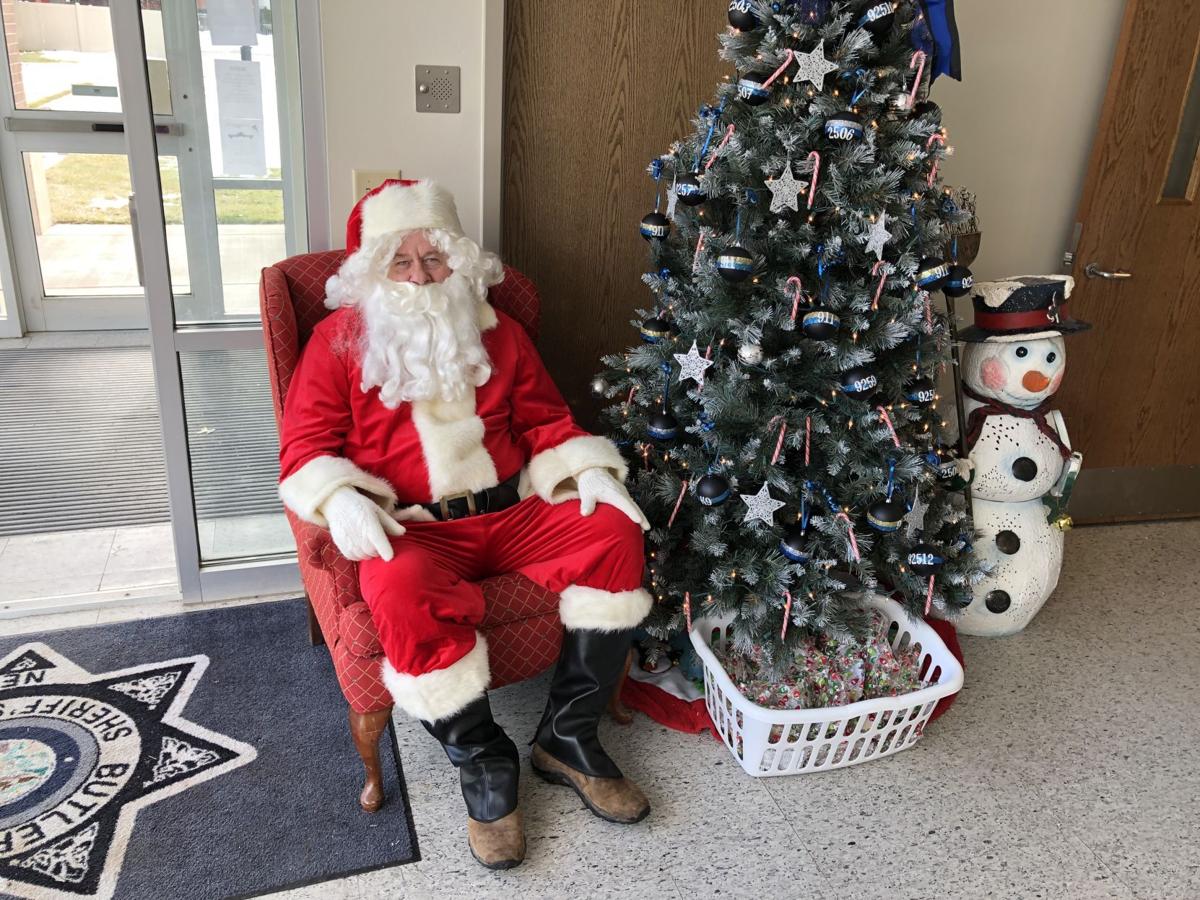 Santa Claus sits waiting for the children to come during the 2019 Stuff the Cruiser event in Butler County.

The 2020 Stuff the Cruiser holiday donation event was relatively successful, but Butler County Chamber of Commerce Director Jason Parridgen is hoping to do even better this year.

Planning for this year's event has already started sooner than last year. The 2020 event was nearly canceled due to spiking COVID-19 cases but was ultimately announced at the beginning of December, just a couple of weeks after a destructive November ice storm left many Butler County residents without power.

Like last year, the Chamber is helping the Butler County Sheriff's Office with Stuff the Cruiser, a donation event where community members are encouraged to help "stuff a cruiser" full of presents and household items for those who might need them over the holiday season.

While this year's Stuff the Cruiser will look pretty much the same as in other years, Parridgen said they are trying a couple of different things this time around, which will hopefully add to the event's success.

For one thing, Parridgen said, they tried to start earlier.

Donations for Stuff the Cruiser started rolling into the Sheriff's Office, 451 N. Fifth St. in David City, as early as October, if an Oct. 10 post on the Butler County Sheriff's Office Facebook page is anything to go by.

"Thank you to those that donated non-perishable food items for Stuff the Cruiser food drive," the Oct. 10 post stated.

According to the Oct. 10 post, approximately $220 had also been collected.

The other difference this year involves how the Stuff the Cruiser beneficiaries are being selected.

"Recipients have to do an application this year, unlike last year," Parridgen said.

That won't be the only opportunity to donate to the event in David City, though.

"People can drop donations off at the Sheriff's Office," Parridgen said. "They can also drop them off at the Chamber office (457 D St.) and at Sunshine Court (125 N. Third St.) and Bank of the Valley (502 N. Fifth St. in downtown David City)."

Parridgen said non-perishable food items and toys for all ages are welcome donations, as are cash contributions.

"It's the same type of thing we always do," Parridgen said.

Parridgen also mentioned a few categories the Stuff the Cruiser event was a little light on last year.

"The only things we were really lagging on were items for older kids and teenagers," Parridgen said.

Parridgen said the Stuff the Cruiser gifts will be distributed to recipients from 9 a.m. to 6 p.m. on Dec. 20 at Sunshine Court.

The need for foster families is always present, but Nanette Simmons said the COVID-19 pandemic has presented new challenges for Nebraska's fos…

After a lengthy discussion at its most recent school board meeting, East Butler Public Schools decided to stay the course on its COVID-19 procedures.

Select items that were donated during the 2019 Stuff the Cruiser event sit inside the Butler County Sheriff's Office.

Santa Claus sits waiting for the children to come during the 2019 Stuff the Cruiser event in Butler County.