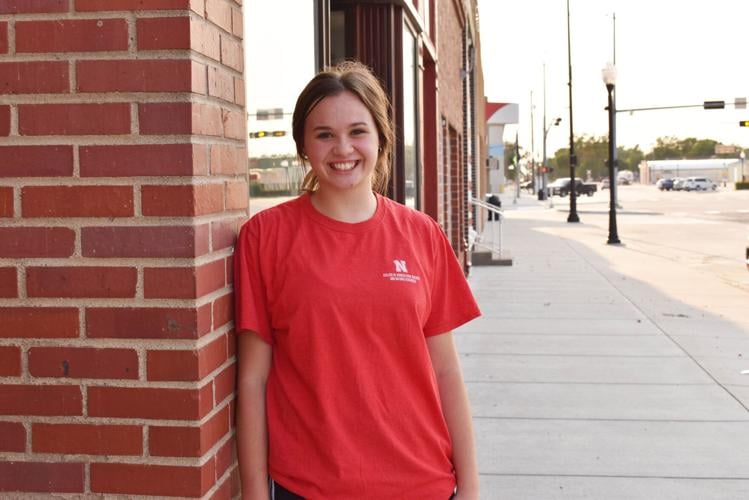 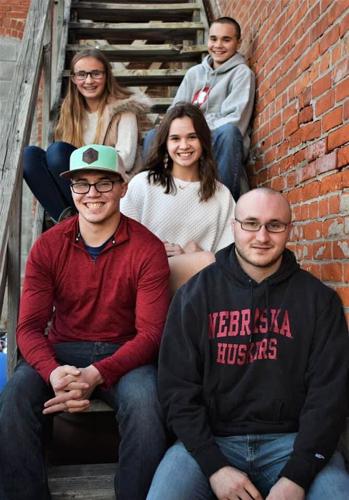 Keetyn Valentine, center, is pictured with her siblings. 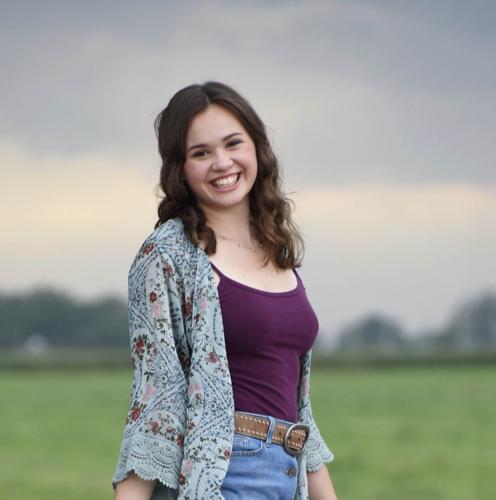 Keetyn Valentine's volleyball coach says she has a positive attitude. 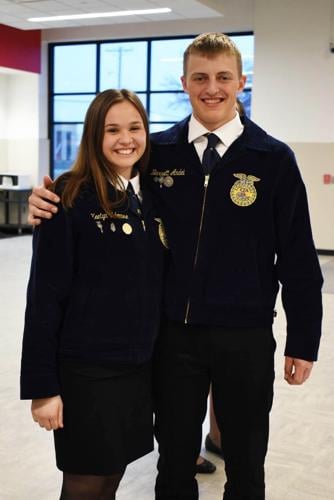 Future Farmers of America is a big part of Keetyn Valentine's life. The David City High School senior plans on attending the University of Nebraska-Lincoln next fall to become an ag teacher.

Editor's note: Leaders of Tomorrow is a new series in which The Banner-Press features youths in the Butler County community who lead by example and make a positive impact on those around them. It will be published every other week and rotated between Aquinas, David City Public and East Butler.

David City High School senior Keetyn Valentine is one who keeps a positive attitude and pushes those around her to be their best, according to those her know her.

That can be especially seen through her work on the volleyball team, according to head volleyball coach Tali Reeves. The 17-year-old is dedicated to being the best teammate possible, Reeves added.

“Keetyn often keeps book for the reserve games, is one of the JV’s biggest cheerleaders and is always there to pick anyone up,” Reeves said. “Keetyn is often one of the last people in the locker room after practice due to her staying to help the student managers put away boxes volleyballs. Keetyn sets a great example of what a leader should look like for all of the underclassman.”

Valentine goes “above and beyond” what is expected of her, even having coined the nickname “Mom” on the team because she is always helping others, Reeves said.

Valentine has been playing volleyball ever since she was little and has been competing on track all four years of high school. She is also involved in non-athletic activities, including one act and speech as well as the National Honor Society.

Valentine noted she enjoys the performance activities. Last year, the Scouts were state champions for speech. Valentine placed fourth in poetry and duet.

“I really enjoy voicing my opinion and kind of expressing myself. Which is kind of weird because usually I'm a shyer person, I'm quiet most days,” she said.

However, Valentine noted that Future Farmers of America has made the biggest impact on her. She’s been involved in FFA since middle school.

According to Valentine, she was shy in middle school and being involved in different activities have helped her come out of her shell.

“I did very well being in middle school that year, but also I've improved so much and I've been able to become like get out of my comfort zone and become a better version of myself,” Valentine said.

Valentine plans on continuing in the ag field – she is attending the University of Nebraska-Lincoln next fall with the goal of becoming an ag teacher.

She noted that the people in her life have heavily influenced her to pursue this path.

“My family, my friends are always super involved in agriculture and with that, it's always kind of got me excited because it's something that you never know everything about. And that really fascinates me and allows me to deepen my knowledge in that aspect,” Valentine said.

Valentine is the daughter of Ernie and Laurel Valentine, and she has four siblings, two of them older brothers, one younger brother and one younger sister.

Reeves added that Valentine is someone who gives her all and works hard.

“Keetyn is someone who does everything to the best of her ability and it shows with her accomplishments,” Reeves said. “She cares deeply about others and wants the absolute best for them and helps others without any hesitation or thought.”

Hannah Schrodt can be reached via email at hannah.schrodt@lee.net.

The Second annual Barn Bar Bash is coming back this weekend to help raise funds for improvements at the Butler County Fairgrounds.

BVCA in need of volunteers

The Nebraska Association of School Boards (NASB), Board of Directors and staff, recognized the 2022 Award of Achievement recipients during the…

With staffing issues affecting the majority of employers, David City will have a new firm conducting its audit for the 2021-2022 fiscal year.

Keetyn Valentine, center, is pictured with her siblings.

Keetyn Valentine's volleyball coach says she has a positive attitude.

Future Farmers of America is a big part of Keetyn Valentine's life. The David City High School senior plans on attending the University of Nebraska-Lincoln next fall to become an ag teacher.