Throughout the morning on Saturday, three small planes took turns lifting off from the David City Municipal Airport and into the sky above David City and Butler County, each time carrying excited kids in groups of twos and threes.

The flights were free and no one — not the pilots nor any of the organizing volunteers — was paid for their time. But getting paid wasn't the point.

"(It's) to introduce them to aviation and potentially spark an aviation career, because that's something that public schools haven't yet really accepted," U.S. Experimental Aircraft Association (EAA) Chapter 569 Young Eagles Coordinator Cristi Higgins said. "...And there are so many careers in aviation, (there are) literally hundreds of careers, and we need them. And the younger you start, the better."

On Saturday, those pilots were Don Osbourne, Keal Bockelman and Gary Bartels.

David City resident Deb Dinkelman reached out to EAA Chapter 569 — which covers much of the southeast corner of Nebraska — more than a year ago to get the ball rolling on a local Young Eagles event. Dinkelman said her children participated in the Young Eagles program approximately 20 years ago.

"They did it through the 4-H program back at that time," Dinkelman said. "They went up a couple different times, a couple of different years."

After Dinkelman reached out, Higgins said Chapter 569 tried to hold the David City Young Eagles event twice in 2020. Both times, Chapter 569 was forced to cancel — once in the spring due to COVID-19 and again in November because of bad weather. Higgins said there was no way they were going to cancel on David City this time.

Most of the 16 or 17 kids who got to fly on April 24 were from David City or the surrounding area, and a number were members of the Boy Scouts Troop 268.

"I've been skydiving myself," Troop 268 Scoutmaster Mark Polacek said. "...I like airplanes, I like to give people experiences. That's what the Boy Scouts are about."

The flights were not limited to members of Troop 268, though.

"We opened it up to … (the Boy Scouts') siblings and the Girl Scouts," Polacek said.

Higgins added that any kid was welcome to come for a ride. And in the end, some of the kids who flew weren't even from David City.

Young Eagles alumnus Craig West drove from Bennington near Omaha to pass the torch on to his 9-year-old son, James West.

"I did my Young Eagles flight probably 28 years ago," Craig said.

James said his time in the sky was "awesome."

That sentiment was shared by his brothers, Kaleb and Keaton Andel.

Even when the plane turned and it felt like they were falling, Kaleb said, it didn't stop him from enjoying himself.

The Andels flew over David City and said they could see Columbus, Brainard and Bruno in the distance.

Mystery surrounding Nebraska artist's painting is solved, but not who will own it next 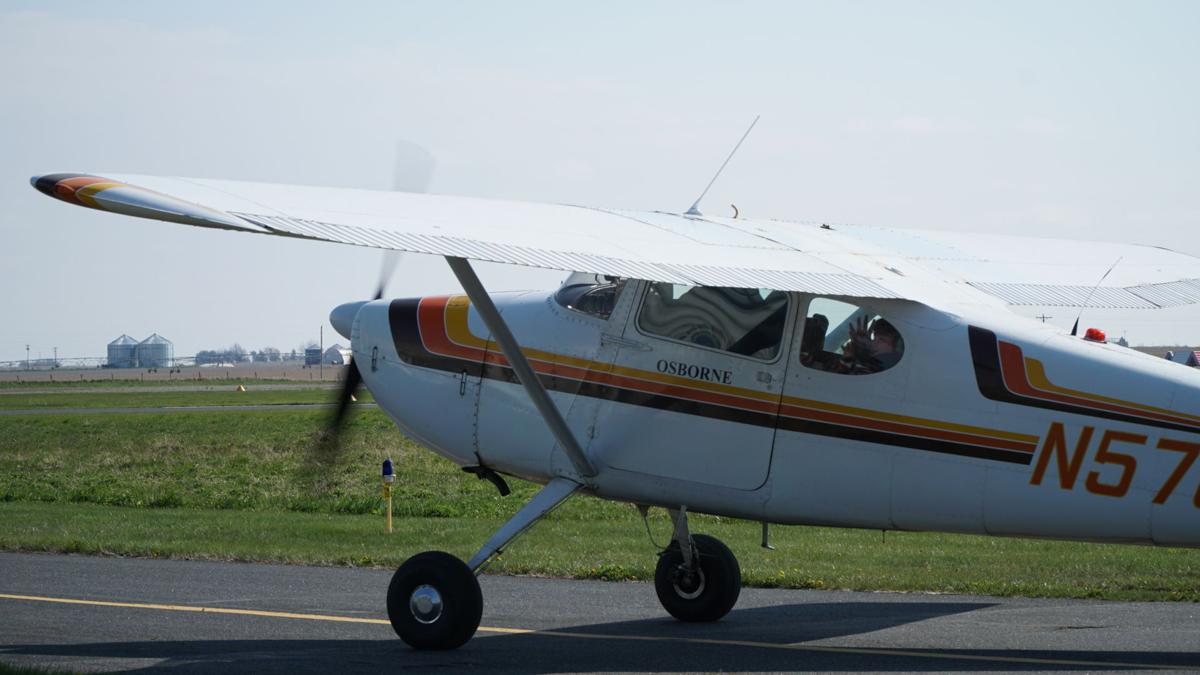 A kid in the back of one of the Young Eagles planes at David City Municipal Airport waves as the plane begins to roll down the runway on Saturday, April 24. 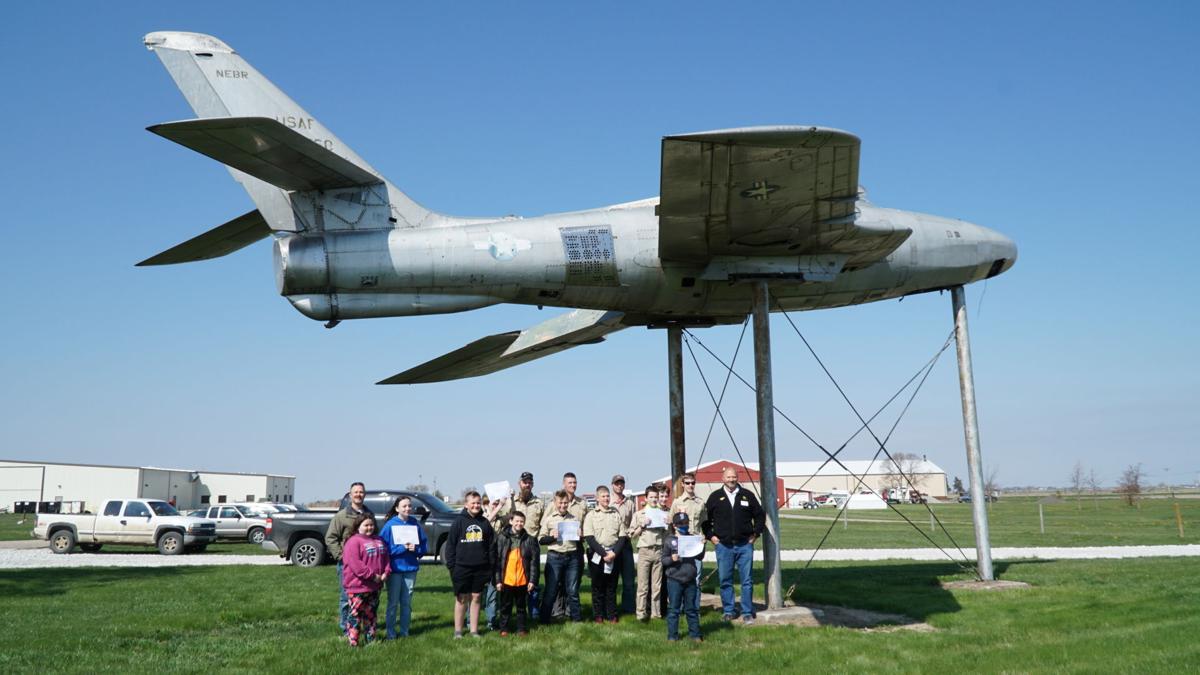 Participants pose for a photo below a sculpture at the David City Municipal Airport following the Young Eagles event held there Saturday. 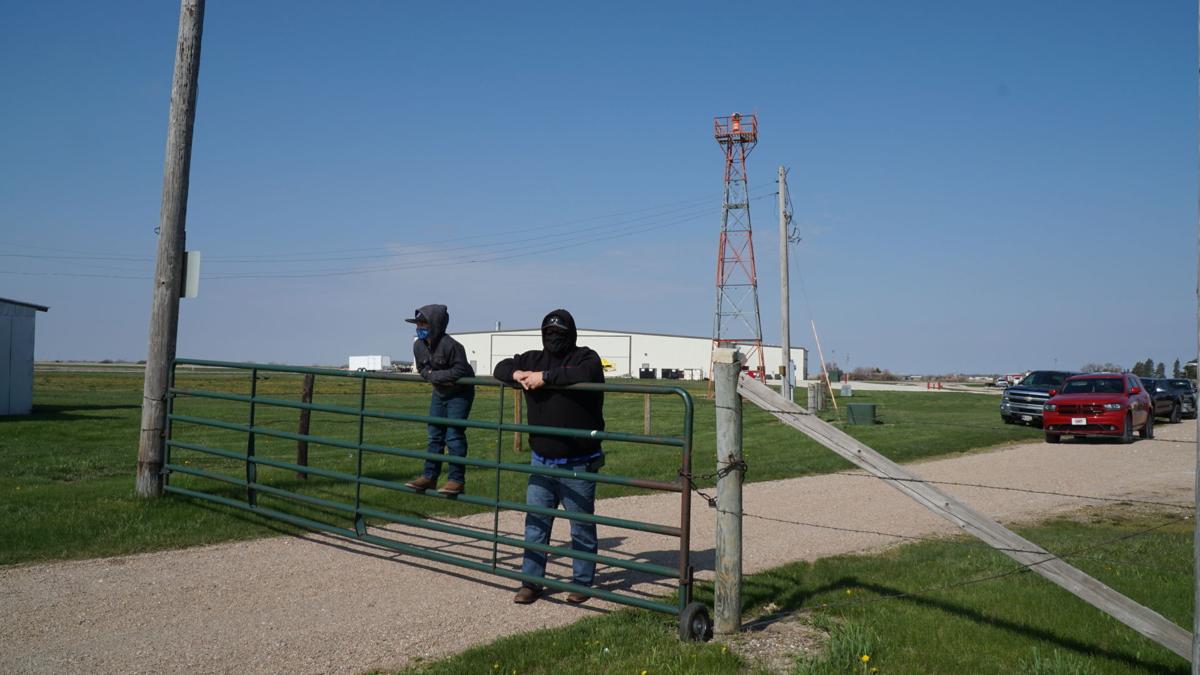 James West, left, and his dad Craig West, right, lean against a gate watching planes take off at the David City Municipal Airport on Saturday. Craig participated in the Young Eagles when he was a kid and drove to David City from Bennington, near Omaha, so his son could do the same. 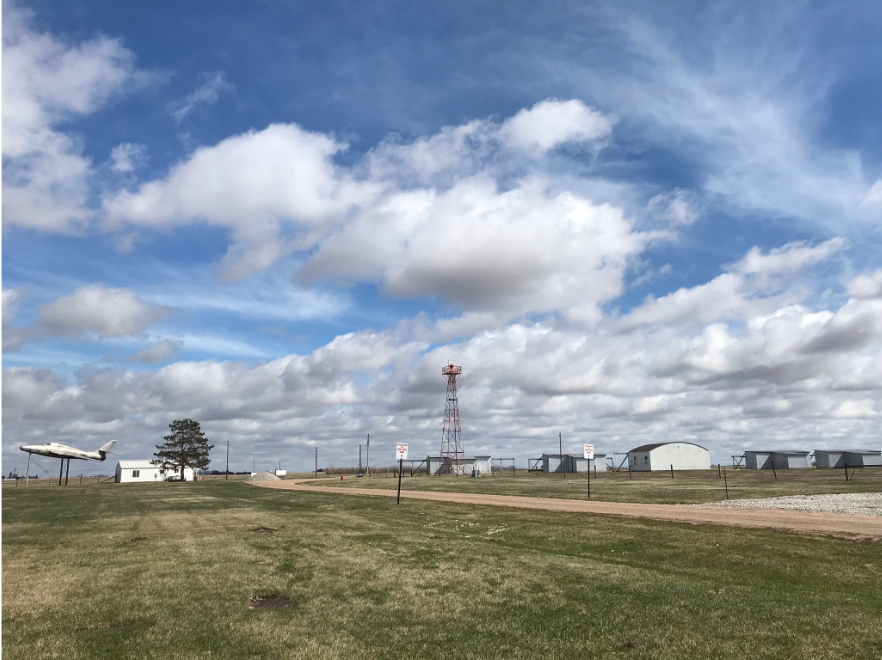 The David City Municipal Airport, south of David City near the intersection of MN Road and 34 Road in Butler County. The airport was the site of free plane rides on Saturday, April 24.