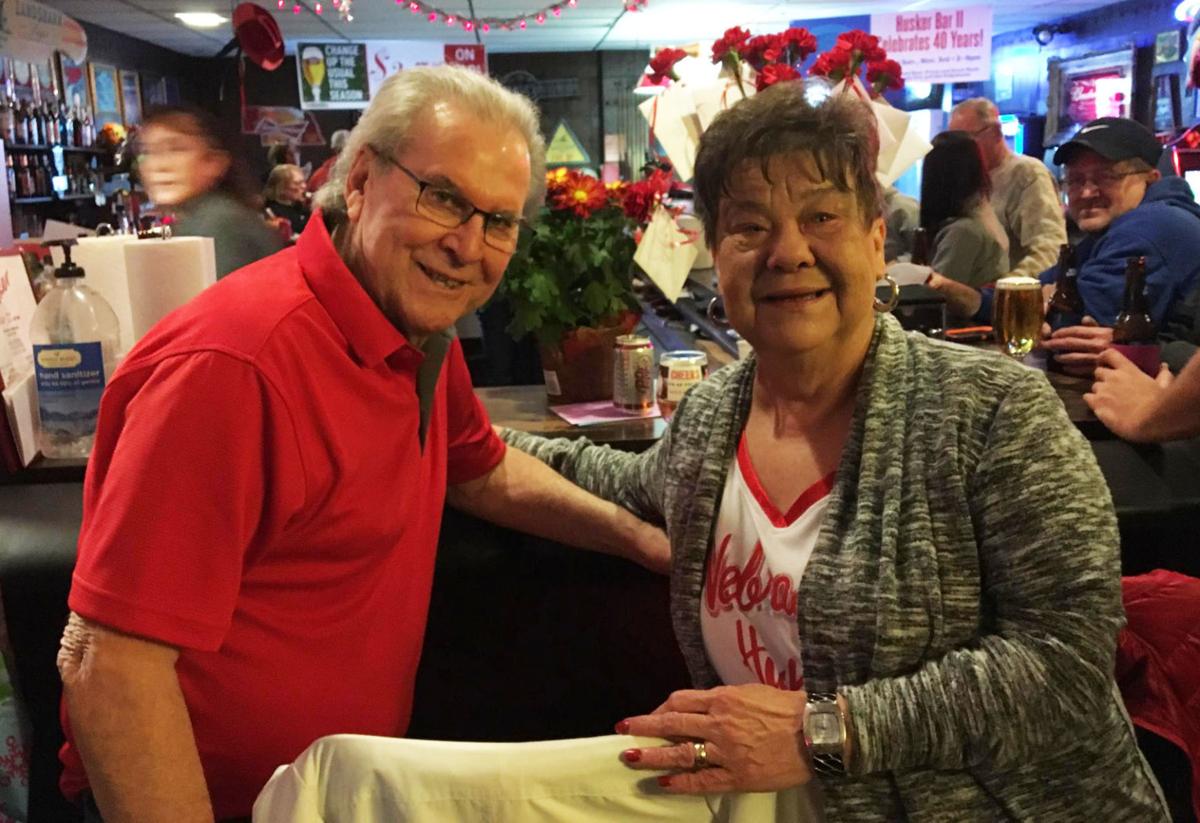 Husker Bar II owners Rich and Jody Gans smile for a photo during the recently held celebration recognizing the Brainard establishment's 40th anniversary. The bar has never been shut for a day in all of those years. 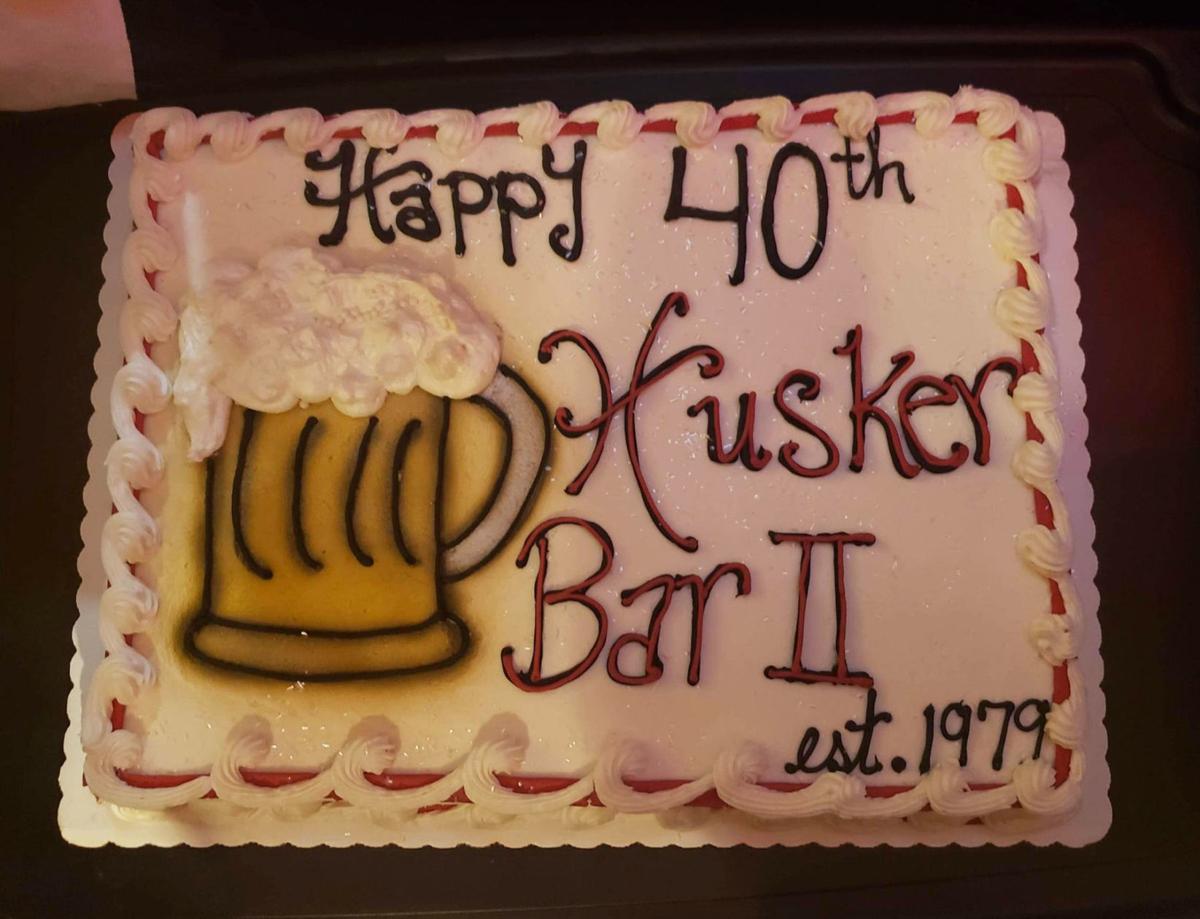 A cake recognizing 40 years of Brainard's Husker Bar II being in business. 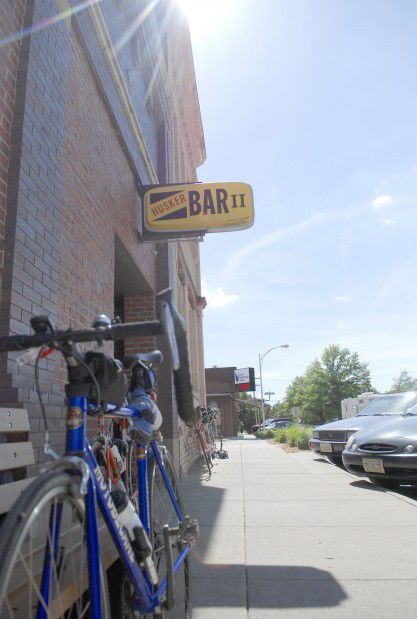 An outside look of Husker Bar II in Brainard.

After all, during its 40-year tenure in the town of less than 400, the watering hole and eatery hasn’t been closed a single day. That’s 14,600 straight days of service.

“We never close on holidays or anything,” Jody said. “That’s always been our thing here: We are open 365 days a year. And we have been since 40 years ago. And we are still serving a quarter cup of coffee.”

For Brainard residents and others encompassing Butler County, the establishment has been a community staple since its 1979 inception when the Ganses purchased the old Brainard Fire Hall when it came up for sale. It’s well-known for its homemade fish specials on Fridays and Prime Rib on Saturdays. Then, of course, there are the 100-plus mirrors that line the bar’s walls that the couple has put up over many years.

Earlier this month, dozens of patrons, family members and others congregated at 105 E. Washington St. to celebrate the occasion. There were drinks, cake, stories and a whole lot of laughter.

For the Ganses, it’s really shocking that their business has been immersed in the small, tight-knit community for all these years.

“It was great, I guess it is a milestone but I never really thought about it that way,” Rich said. “It was just a nice celebration for us and everyone.”

“When we got in here somebody suggested calling it Husker Bar II because of my dad,” she said. “And when we opened doors here my dad closed his doors in another (Brainard) location.”

At Husker Bar II, business quickly started picking up and customers started learning what to expect out of its owners. For Rich, bonding with people has been one of the best parts about running a bar and grill.

“There’s just been a whole lot of people that we have met over the years,” Rich said. “And many of the people we’ve met are now gone, but it’s been a fun ride … We love them all and are very thankful for them.”

Both Ganses credit their staff for much of their success. In the early years, Rich said that he and Jody were putting in some outrageous hours making sure everything was getting done properly. Slowly but surely, though, a reliable group of workers was formed that helped reduce some of that burden.

“We’ve got just a fantastic crew that works for us,” Jody said. “Three of the girls have been here for over 25 years … We’ve got a very, very good crew of gals that work for us and they helped us get that (the party) altogether.”

With 40 years now in the rearview, the couple expects to man their business for at least a few more years, though Rich does acknowledge retirement is starting to cross their minds.

“I think that we are starting to see the light at the end of the tunnel – it’s been a long time,” Rich said.

Jody said that at some point the couple will inevitably step away, but for right now, it’s business as usual.

“I think everybody thought we were going to hang it up after these 40 years, but nope, we are still here today,” she said, with a laugh.

Attendees of the Butler County Fair can expect livestock shows and exhibitions, but most other events will not take place.

It will likely be another three years before David City’s water treatment plant is rebuilt or renovated. Until then, the city is looking into …

A grain rescue tube awarded to the Brainard Volunteer Fire and Rescue Department will benefit everyone in Butler County.

Rising City will still have a fireworks show and a variety of other activities on the Fourth of July despite the COVID-19 pandemic.

Following being listed on the Nebraska Passport Program, Bone Creek Museum of Agrarian Art in David City has seen an influx of visitors, said …

The Butler County Health Care Center (BCHCC) has plans to build an auditory clinic on the soccer fields east of the Witter Family Medicine building.

Husker Bar II owners Rich and Jody Gans smile for a photo during the recently held celebration recognizing the Brainard establishment's 40th anniversary. The bar has never been shut for a day in all of those years.

A cake recognizing 40 years of Brainard's Husker Bar II being in business.

An outside look of Husker Bar II in Brainard.