The pair was named to the Silver team that defeated the Green Team 78-65. Thege scored seven points, five of which came in the second half. Dutton-Mofford didn't score in the game, but competed in the game's 3-point shooting contest.

"It was a blast. It was definitely fun," Thege said. "I made some memories and met some new guys, so it was a good time."

After missing the first half of the season, Thege averaged 8.0 points per game in the team's final 13 contests. He tallied double-figures in three of his first four games back. Thege matched his season-high points total twice with 15 against Hastings Saint Cecilia on Jan. 21 and Humphrey Saint Francis on Feb. 8.

In three of his four seasons, Aquinas posted double-digit wins. In 2019-20, the Monarchs reached their first district final since 2015 after an upset win of North Bend.

"I feel like I left a good mark for the younger kids," Thege said. "Set a good example for them. I felt like I was a good leader."

Dutton-Mofford said it was really fun to be around other players from the area that he's known for a long time but rarely shared the court with.

"It was really cool," he said. "It was nice after being so good through the season for all of us to have a game that kind of commemorates that and have everyone come out after the season and have a good time."

Dutton-Mofford was the engine for Shelby-Rising City. In his senior season, the Husky sharpshooter averaged 17.6 points per game. He scored in double-figures in 20 of the team's 23 games this season. He scored at least 20 points in 11 games.

For a four-game stretch from Jan. 15 to Jan. 22, he scored at least 20 in every game including a career-high 31 points against Nebraska Lutheran on Jan. 15.

Dutton-Mofford said he's most proud of being able to come in and grow into an All-State performer. After transferring from Centennial, he averaged 9.4 points per game his junior season before breaking out this season.

"I kind of came in not playing a whole lot at my other school and then came in and kind of busted onto the scene," he said. "That meant a lot to me after the hard work."

The SRC graduate said he couldn't have asked for anything more after reflecting on his time at the school.

"They took me in and made me feel like a part of the family," Dutton-Mofford said. "I couldn't ask for more from that community."

The Shelby-Osceola-Stromsburg W. Wolfe Post 91 Rebels Juniors picked up a sixth win of the season on June 15 against Twin River. The Juniors f…

A seven-run fourth inning that included RBI hits for Kason Lavicky, Luke Polivka and Keaton Kloke spurred the David City Juniors on to a 10-6 …

The Shelby-Osceola-Stromsburg Senior bats broke out last weekend in wins over Geneva Friday and Neligh Sunday. The Seniors defeated Geneva 12-…

Jordan Kracl pitched arguably the best game of his Legion career Thursday at Crofton. The Platte Center Post #283 Bank of the Valley Lakeview … 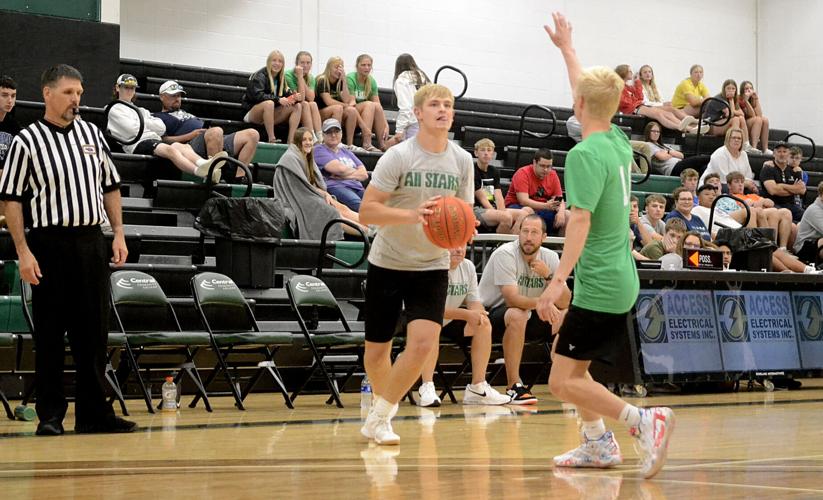 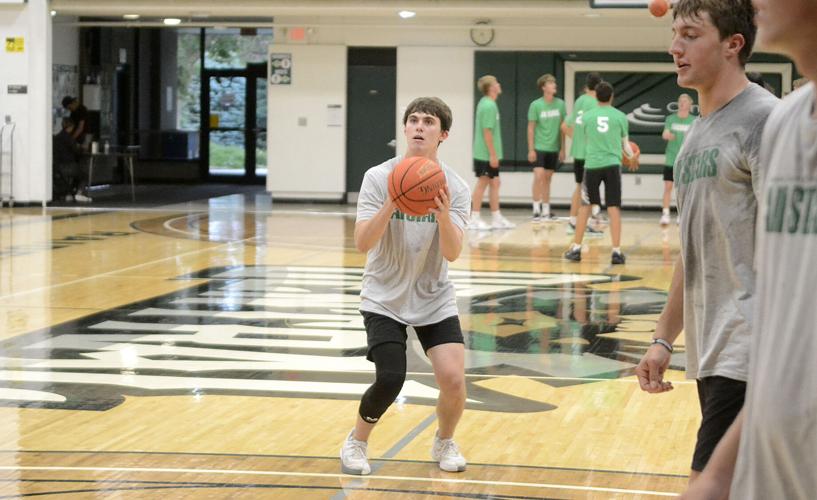 Shelby-Rising City guard Gavin Dutton-Mofford shoots a three from the top of the key during Thursday's 3-point contest in Columbus.