Hoping for improvement but winning just one more game than the year before seems to indicate little evidence of progress. But a deeper look is what's required to get a fair assessment of his 2021 squad said Blue River softball coach Greg Jahde.

The records are similar, but watching the Panthers play can reveal much more. In every aspect, the program made a step forward. That meant little this fall, but could make a big difference in the seasons to come.

"I thought our defense was pretty solid at times. Our hitting was very consistent," Greg said. "I think we finished the season with a .290 batting average, which the school record is a .296 batting average, so we were right on par with that."

Just like in 2020, it was the big inning the plagued Blue River - the Panthers allowed 7.8 runs per game. Teams make their own luck, but Jahde felt like this one had particularly bad luck in getting the type of breaks that don't often show up in the numbers.

Blue River lost seven games in the final at-bat of the season, losses that can weigh on a group's confidence. Jahde said that often showed up at crucial points in a game. There was sometimes a fatalistic attitude that things would again go against the Panthers.

"I think that was really hard to do because our girls realized how much talent we had on the team. You just kind of explain it to them as simply we're not catching the breaks we need," he said. "It's not anything that you're doing. It's not necessarily mistakes that you're making. Just for whatever reason, things aren't going our way, but you've got to keep working and hopefully it will start going our way."

Jahde said the one weekend this season where the team had breaks was the Southern Nebraska Conference tournament on Sept. 25. Blue River dropped the opener 8-5 against FCEMF, but bounced back with 9-4 wins over Milford and Wilber-Clatonia. That earned the Panthers a third-place finish, their best result in the tournament in a decade.

The team's performance at the conference tournament was the type of play Jahde expected to see all season long, but the Panthers just didn't get enough breaks to even it out.

"Sometimes you make your own breaks, I understand that and maybe that was part of it. We just didn't make our own breaks sometimes," he said. "It was frustrating not just from a coaching standpoint, but you can tell the girls were really frustrated with it as well. I just made sure it wasn't for a lack of effort. It wasn't a case that they weren't good enough. Things just didn't go our way."

Hitting was a strength. The Panthers averaged 5.8 runs per game. Jahde tries to put together a lineup that averages a run per inning and seven per game. Although that wasn't the case, several signs indicated that it's not far away.

"I thought our lineup was pretty solid one through seven, and we tried some different things down at the bottom of the order. Some days it worked out, some days they didn't," Jahde said. "They had a good season at the plate. We scored our fair share of runs."

Greg said he didn't know how Meagan was going to do this season in her first varsity season. However, he had high expectations for her, not only as a daughter, but as a player. He knew the kind of preparation she put into her game.

Meagan ended the season as Blue River's best hitter with a .393 batting average, a .986 on-base-plus-slugging-percentage, 28 runs scored and three triples. She also stole 31 bases, breaking a school record for the most in a single season. The record was previously held by Cassie Caraway, who had 28.

Rhynalds also had a record-breaking season on 14 doubles. She surpassed Amber Vanek's previous record of 12. In addition, Rhynalds led the team with 25 RBIs.

"Sierra made some huge improvements from last year to this year," coach Jahde said. "She did great things, drove in a lot of runs, broke the record for double in a season."

Another freshman, Nicole Martensen, was Blue River's leading power hitter with four long balls, including two against South Sioux City on Sept. 11, to go with a .300 batting average.

In the circle, Autumn Lindsley was the main workhorse for the Panthers. She started most games despite battling multiple injuries throughout the season. Lindsley was cleated in the shin late in the summer, absorbed a pitch on a her left foot in the opening weeks of the fall high school season and also developed back tightness. It was evident the array of injuries hampered Lindsley in her junior season.

"She (Lindsley) really battled things, but I can tell it was really affecting her velocity, which could have been a part of the whole giving up big innings here and there or just her being sore and trying to work through that," coach Jahde said. "We tried to give Aubree Siffring some spot starts midway through the season to try to ease the workload on Autumn and maybe get her a little bit more help toward the end of the season, which I think did help. But I think Autumn would be the first one to tell you that her velocity wasn't as good as probably it was last year or up to the potential she does have."

One area of Lindsley's game that Jahde undoubtedly saw improvement in was her glovework in and out of the circle.

"She had a number of balls hit back to her and bunt plays and I think she only had one or two errors the whole season," he said. "I think that was one spot that she definitely made a huge improvement was just her fielding the ball once it was hit back to her."

Some of the struggles can be attributed to the youth of the squad. The Panthers featured three freshmen, five sophomores, and eight juniors. Schoenrock and Cassie Ziemba were the only two seniors.

Jahde praised the leadership Schoenrock and Ziemba exhibited as the experienced leaders.

"They played big roles, not just on the field, but off the field. They're supportive of the young girls and kind of taught them the ropes and showed them the way," he said. "They were our captains. They did a great job of leading a relatively young squad."

Looking ahead to 2022, Jahde said the Panthers have a great nucleus of young talent. His message to his players was that there's still work to do, and he wants them to keep striving to get better.

"I definitely think we'll do that next season. I really think we'll have more than six wins," he said. "It's hard to predict what kind of record you're going to have. That all depends on how much talent other teams have that are on your schedule return, whether some of those breaks that you hope to get go your way, but I definitely expect some good things from this young group." 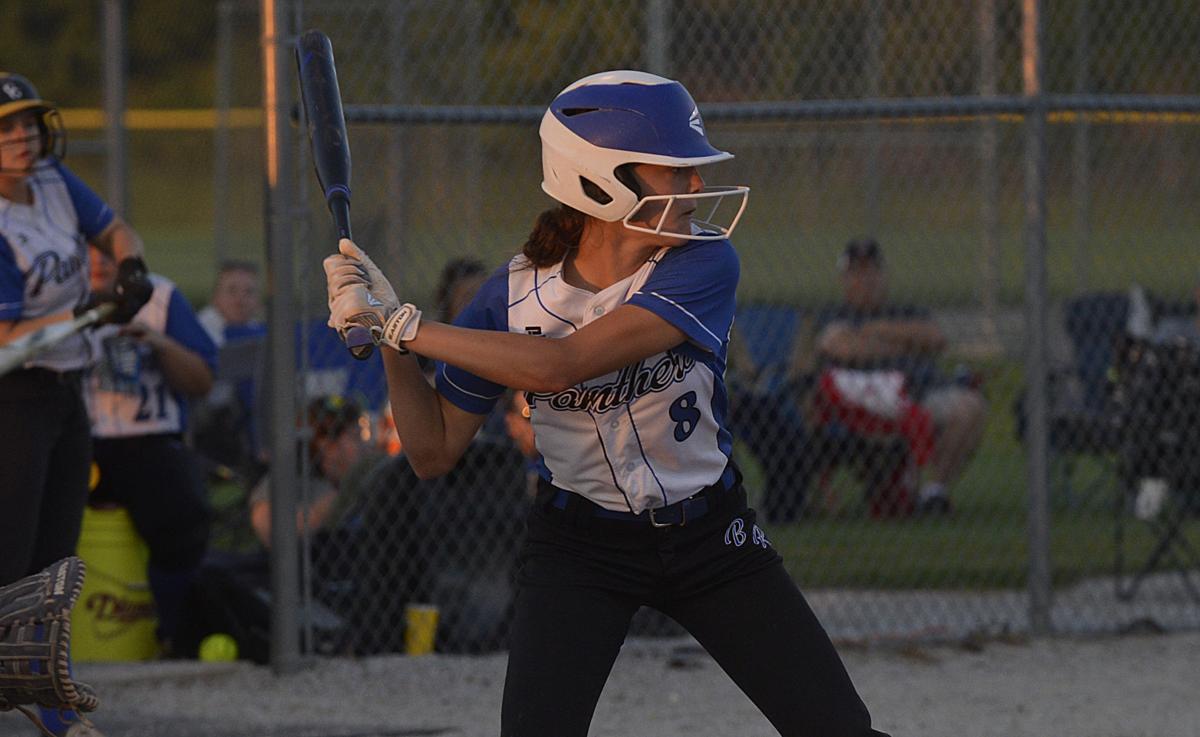 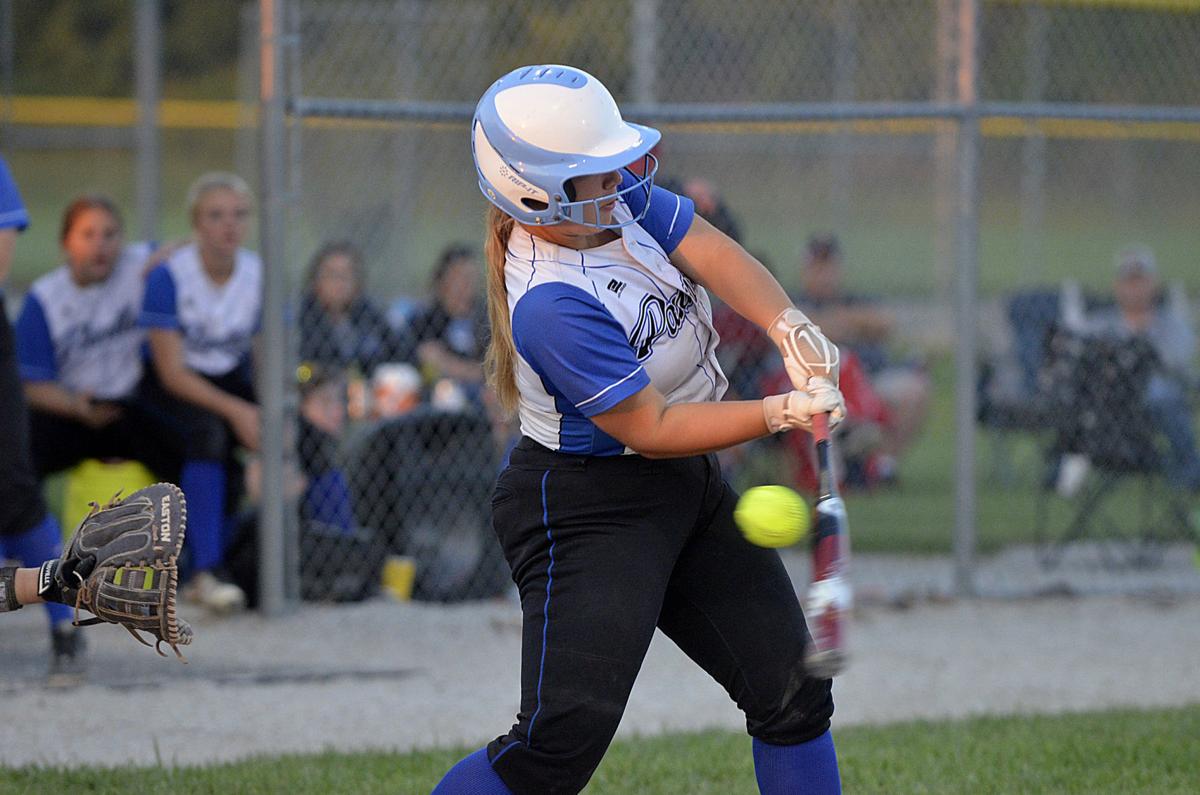 Blue River's Sierra Rhynalds swings at a pitch against Lakeview on Sept. 14. Rhynalds recorded 25 RBIs and a school-record 14 doubles this season. 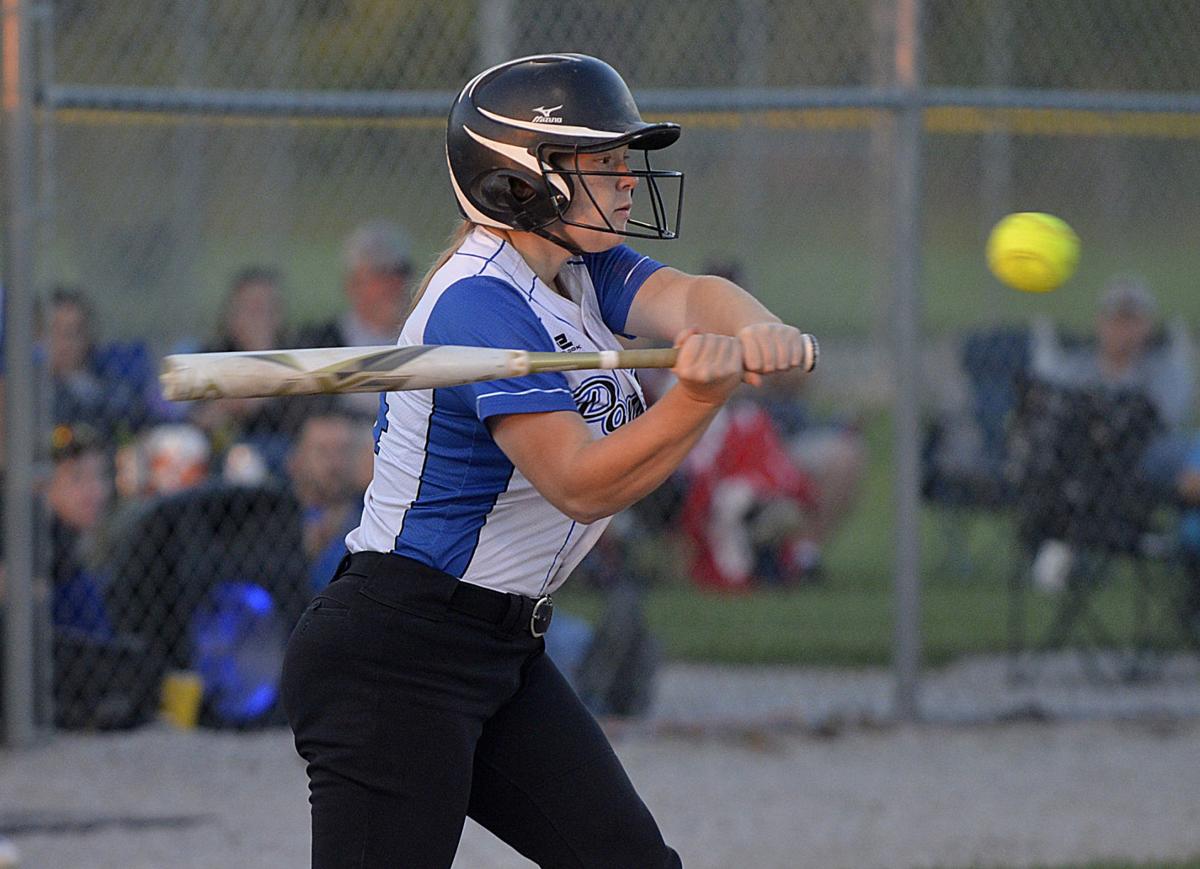 Blue River's Carissa Schoenrock swings at a pitch against Lakeview on Sept. 14. Schoenrock batted .337 this year as she was named Lincoln Journal Star Class B honorable mention. 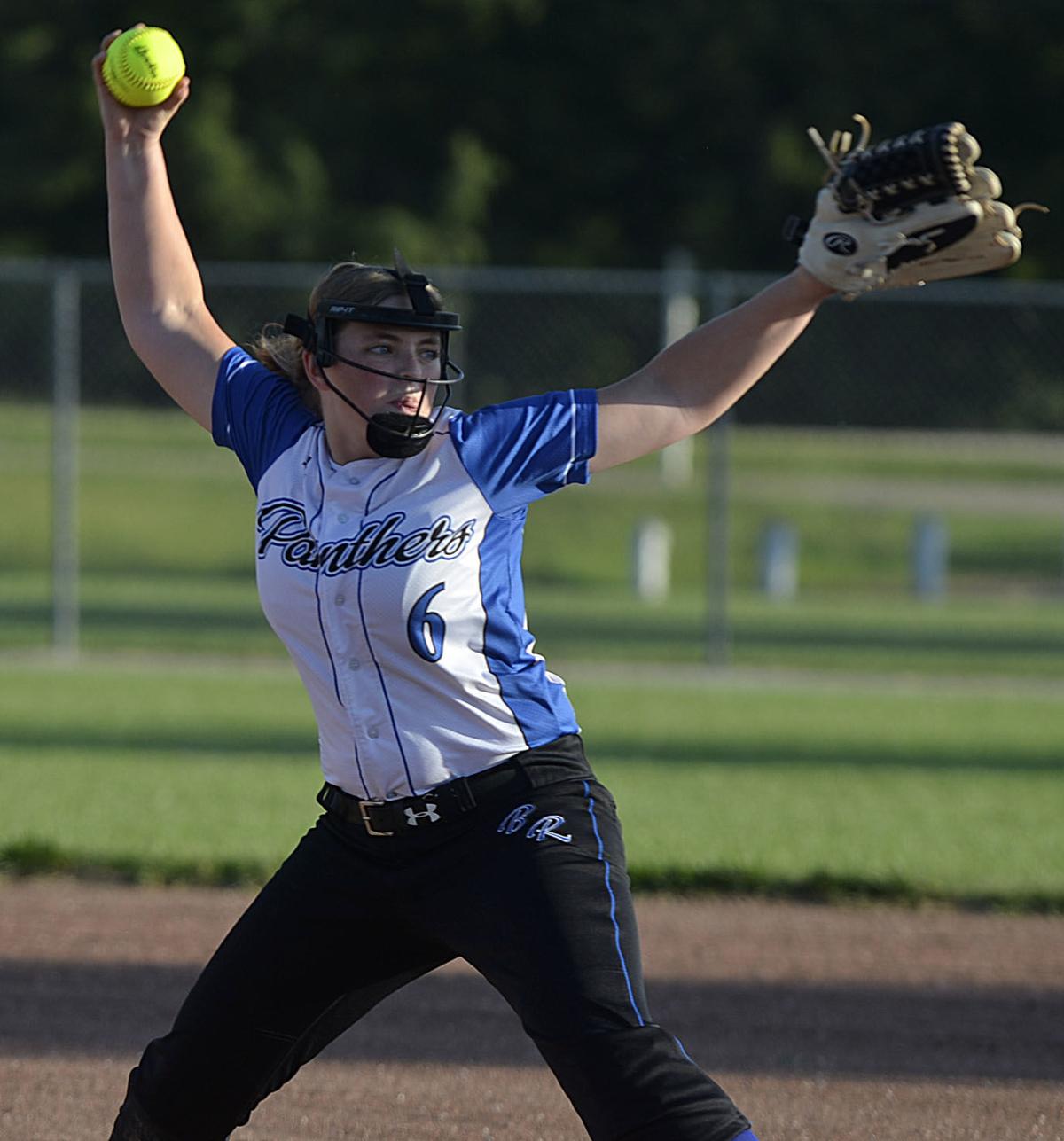