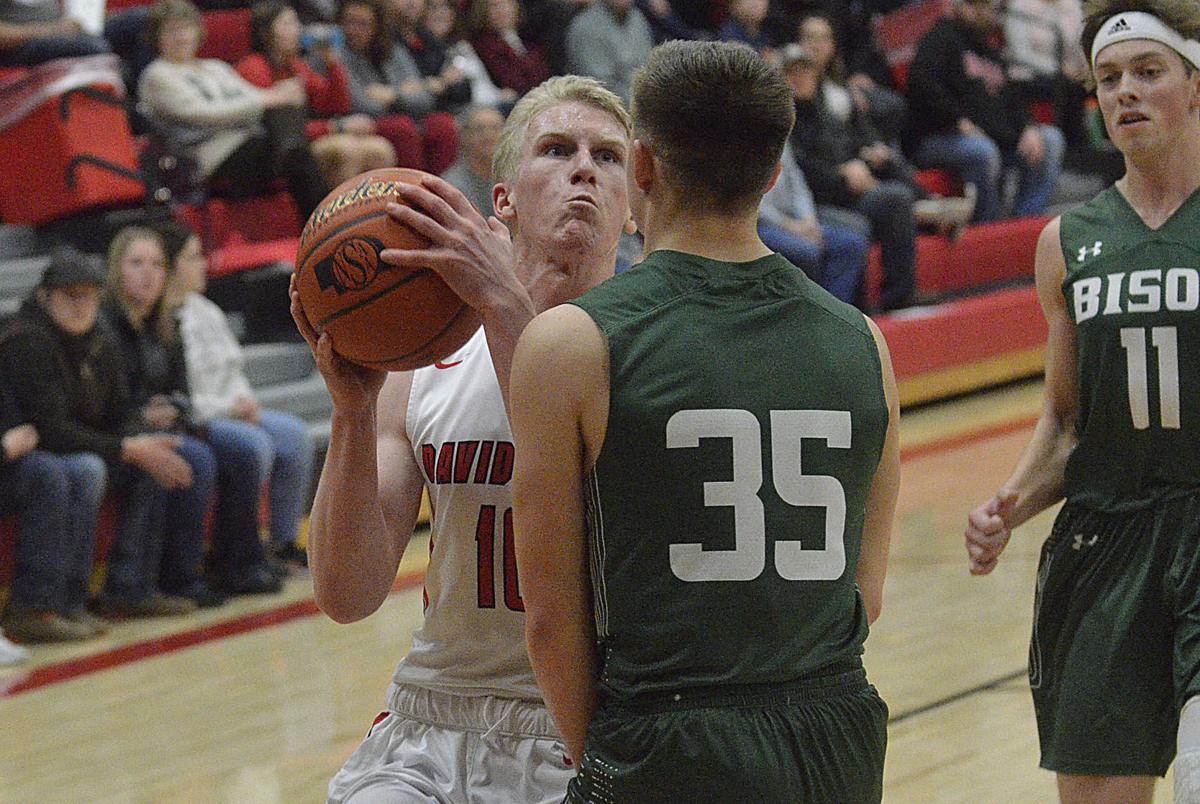 Scout senior Hunter Behrns works his way around a defender during a game this season. Behrns was an important part of David City success on both ends of the floor. 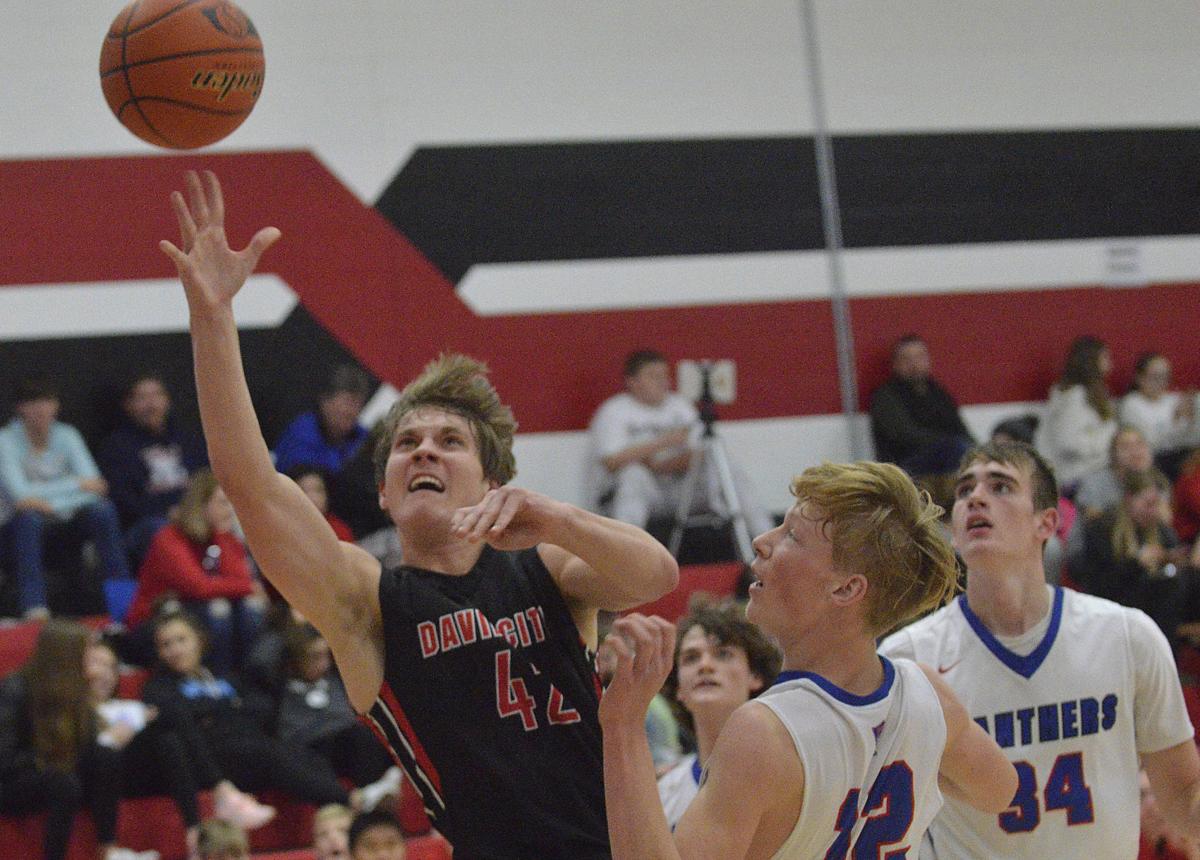 David City's Brock Tiemeyer puts up a shot in a game earlier this year. Tiemeyer and the Scouts hoped to set the foundations for the future in the first year under Aaron Carlson. 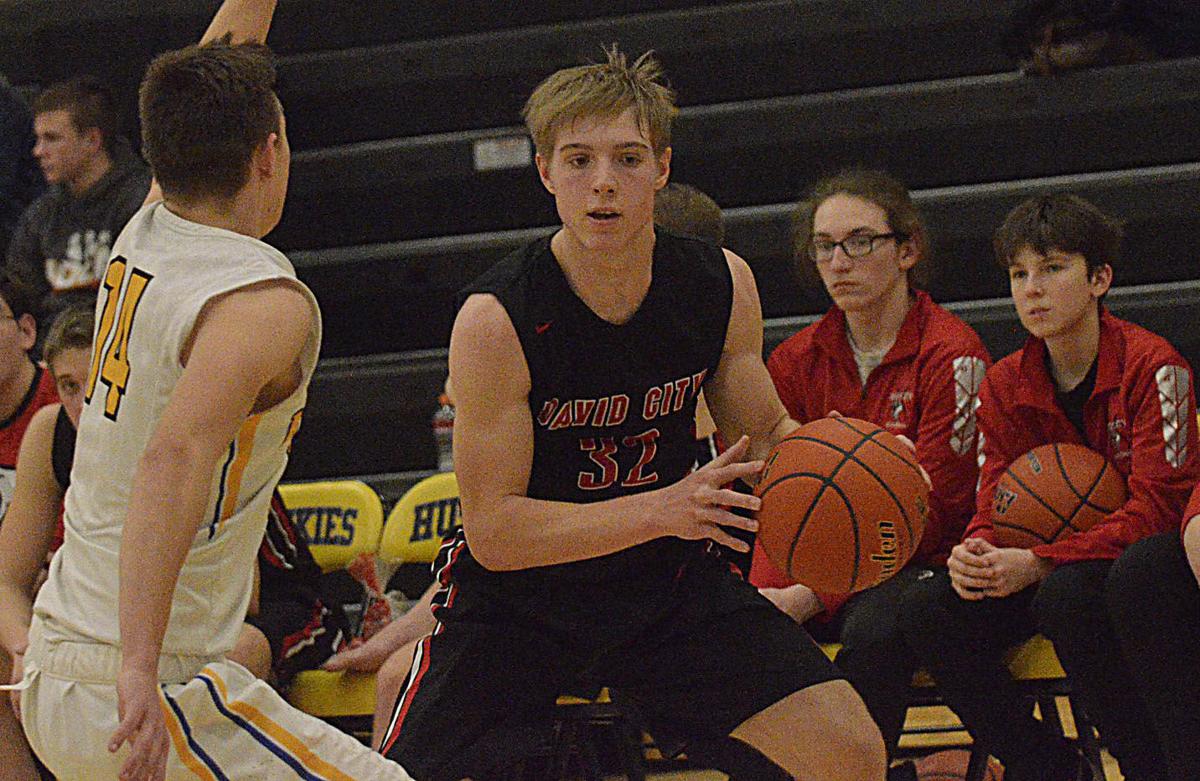 The team came in planning on a postseason run, but quickly learned that was going to be more difficult than it thought.

The Scouts only won two games, but despite the lack of success, Carlson believes this season meant more than just the win-loss record.

He believes his first season helped set a culture of coming to practice every day and working hard no matter what the results showed on the scoreboard.

"As I think back to this season, I think this season was about culture and foundation building," he said. "Although our record may not have been where we wanted it to be, I think this season was big in establishing our culture as a team. I also felt like I had a lot of growth as a teacher and coach as this was my first year, and I am looking forward to seeing how much progress we make next year."

The two wins came in back-to-back games as David City was victorious at Raymond Central on Jan. 14 and against Malcolm on Jan. 18.

The win against Malcolm was especially significant for Carlson.

The Scouts defeated the Clippers 71-65, the highest-scoring game of the year by 14 points.

"One of the highlights of our season was a great team win over Malcolm where we scored 71 points, which was our high for the year," Carlson said. "We were lead in scoring by Hunter Behrns that night with 28 points."

Behrns was a standout for David City this season. The senior averaged just over eight points a game, third on the team.

"Hunter Behrns was a senior standout for us," Carlson said. "As a senior, we knew we were going to need his leadership. He is a tough kid who loved to take on tough tasks defensively. On the offensive end, he was one of our leading scorers as well."

Another standout for David City was freshman Caden Denker. Denker scored almost nine points a game, second-highest on the team. He also grabbed nearly seven rebounds, tops in that category.

"Caden Denker was a pleasant surprise for us," Carlson said. "As a freshman, who was coming off a hip injury to start the season, he was a player that we quickly found out to be someone that was tough to take off the floor. His athleticism and consistency on both ends of the floor is something we are really looking forward to seeing next season."

Injuries may have led to some of the troubles for the Scouts.

Rarely did David City have its full team suiting up to play. Combine the physical ailments with other interruptions and the recipe for a rough season was in place.

"I felt like we did not reach our full potential this year," Carlson said. "We had a few distractions this year that I felt like took away from our product on the court.

"I felt like one of our problems we had to overcome this year was staying healthy. It seemed like under half of our games this year we actually had our full team suiting up. In games where we had our full lineup, and were consistent, our product on the floor was a lot better."

With finishing the season 2-20, David City clearly had its fair share of rough times. But the Scouts learned many lessons through the hard times that they hope set them up for success in the future.

"This group learned that when things don't always go how you want them to, you have two choices," Carlson said. "You can either put your head down and pout about it, or you can pick yourself back up and come back to work and keep bettering yourself. I was proud of how our team responded after some tough losses throughout this season.

"We will have a young group next year as we will only have two seniors. However, I believe this group is going to put in a lot of work over the summer both in the weight room and the gym, and it will really pay off heading into next season."

Peter Huguenin is a sports reporter for The Banner-Press. Reach him via email at sports@columbustelegram.com

East Butler senior Jaden Rhynalds who will leave the program with multiple school records and accomplishments. The last accomplishment he left…

The spring sport season was scheduled to begin its first contest on Thursday, but a memo sent out by the NSAA on Monday changed all of that.

Husky Girls: Learning on the fly

Despite scoring under 30 points a game, Shelby-Rising City girls basketball put together a 10-win season.

For the first time in four years, East Butler girls basketball posted a winning record with a 12-10 mark in the 2019-20 season.

David City girls basketball had no senior leadership and a first-year head coach leaving many unknowns to what this season would hold.

Aquinas Catholic led No. 2 North Bend nearly wire-to-wire, came up with an answer every time the Tigers cut into the lead and survived a loose…

Scout senior Hunter Behrns works his way around a defender during a game this season. Behrns was an important part of David City success on both ends of the floor.

David City's Brock Tiemeyer puts up a shot in a game earlier this year. Tiemeyer and the Scouts hoped to set the foundations for the future in the first year under Aaron Carlson.