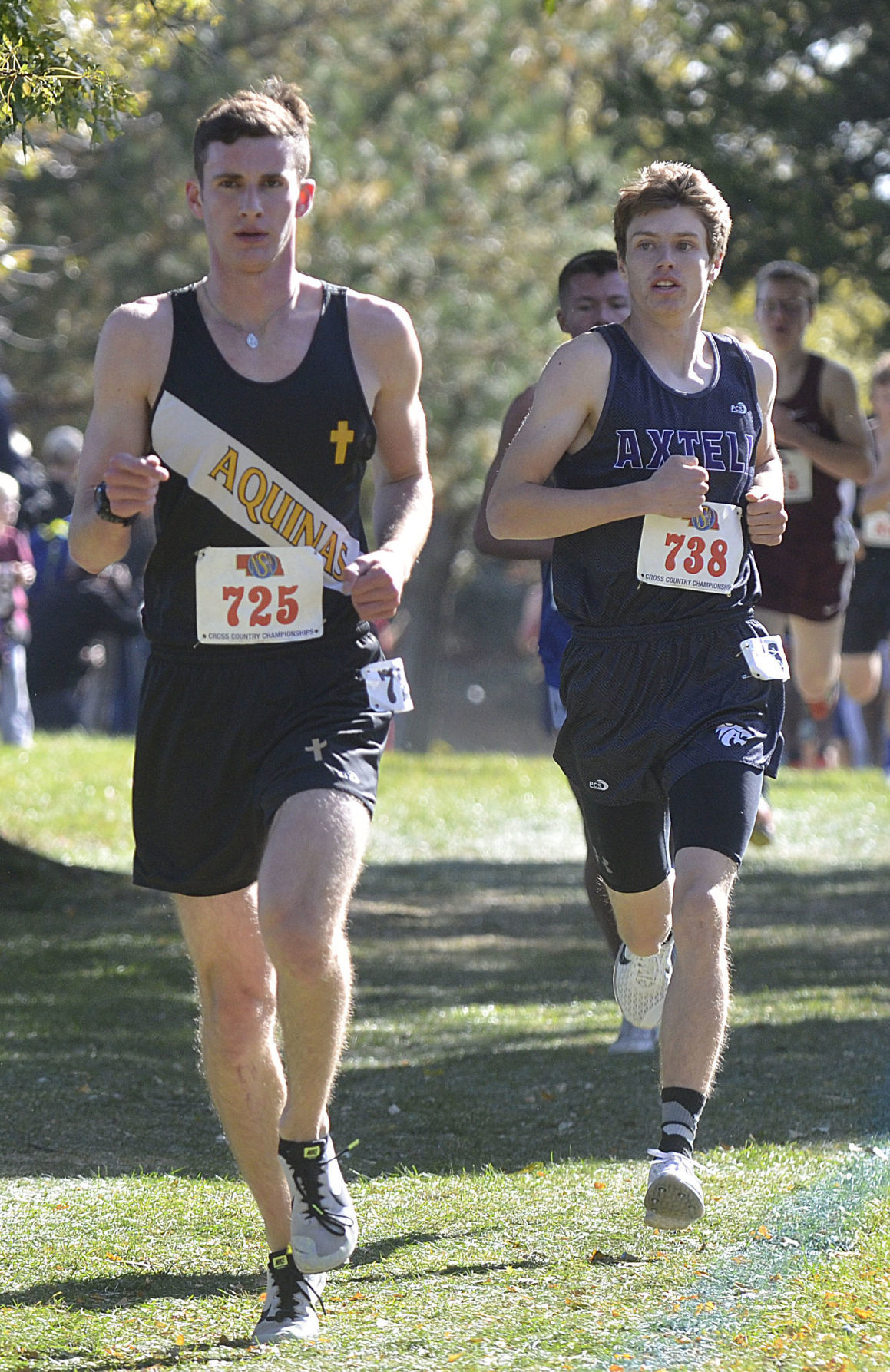 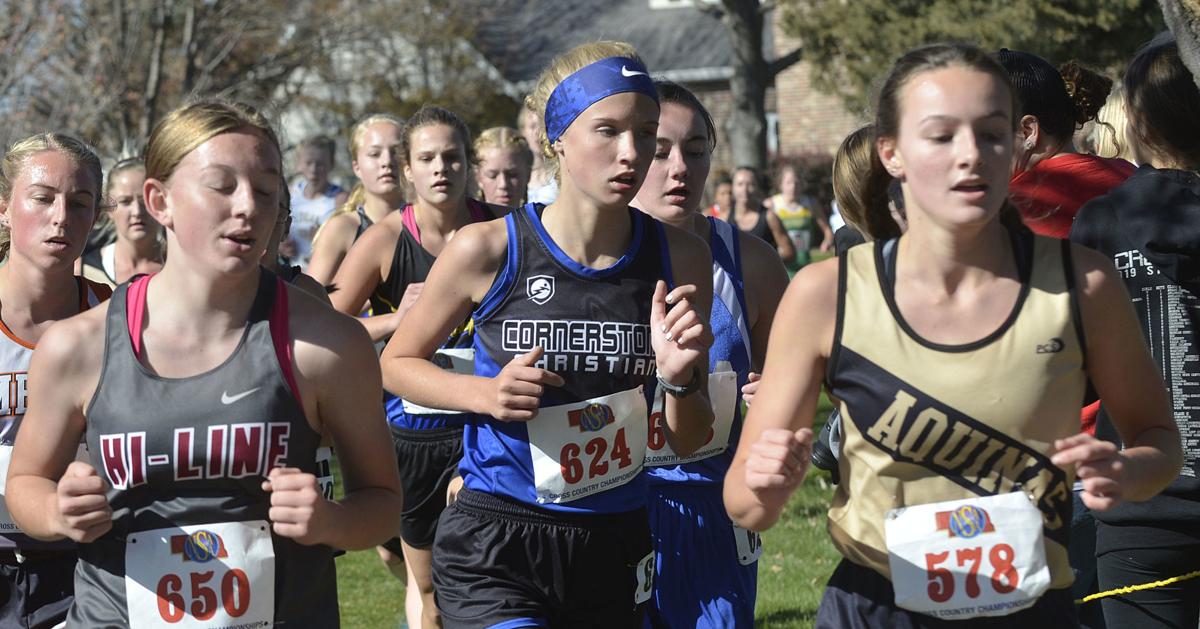 Aquinas freshman Jocelyn Stara, right, keeps up with the pack during the cross country state championships on Friday at Kearney.

When Peyton Davis switched from playing football to running cross country this fall, he did it in hopes of becoming a state champion - a goal he's dreamed of since middle school.

Those dreams became reality on Oct. 25 during the cross country state championships when Davis ran a 16:54 to win the Class D state title. The time was nine seconds faster than second place.

"I remember in middle school I just wanted to be a state champ so bad," Davis said after crossing the finish line in first. "Freshman year, I didn't really have a chance, but sophomore year in track I was ranked No. 1 going into state of the two mile.

"It didn't happen though, so I made the switch to cross country and trained my butt off. Thank God that I'm here."

State was the first time in Davis' career he was able to break the 17-minute mark.

With the win, Davis becomes the third boy to win a state championship in Aquinas history.

"I just found it somewhere deep within me and brought it out," Davis said about his race. "I'd never ran that hard before. All the glory to God. I'd never make it here without him."

Davis led for nearly the entire race except for a small portion where Axtell senior Lincoln Trent attempted to run in the front.

Davis led going into the first mile before Trent passed him during the second mile. Davis passed him back at around the 2.5-mile mark.

Davis said this strategy surprised him a little.

"My coach told me that the Axtell, Crofton and St. Paul coaches were probably all telling their kids to stay behind 'that Davis kid' as long as you can," Davis said. "I had that mentality, but then the guy from Axtell came out strong.

"I thought, 'Well this kind of changes the roles a little bit, I guess I'll follow him.'"

Davis believes that this was strategy on Trent's part to try to throw him off his game.

While Davis won the individual championship, Aquinas fell just short of its goal to win a team title, finishing runner-up to Axtell by 11 points.

“We knew it would take a great performance to overtake some incredible teams, including Axtell," Aquinas head coach John Svec said. "Our boys set goals that I thought would put us in position for a championship and they ran those times and even some a tick better.

"The Monarchs did what they were expected to do. Axtell was just better today. This group of young men has had a great season that I am most proud of. They have worked hard, matured, had some fun, and made some memories. Many would want to be in our position with a state runner-up trophy."

While the Aquinas girls didn't qualify as a team, freshman Jocelyn Stara competed at the meet.

"It was awesome," Stara said about competing at state. "All the energy level was great. It was really good. It's honestly the exact time I wanted to get. It's so amazing. It's such a confidence booster. It feels like I'm on Cloud 9."

Aquinas football defeated Shelby-Rising City for the second week in a row, on Nov. 1, this time with much more on the line.

Aquinas freshman Jocelyn Stara, right, keeps up with the pack during the cross country state championships on Friday at Kearney.