The Huskies made the transition to eight-man football last year under a new head coach in Zach Kubik. In 2020, Shelby-Rising City didn't a win a game until the last week of the regular season when it defeated East Butler.

It wasn't a lost season but it was certainly one of adjustments. Better equipped for how to be successful in eight-man, Kubik put together a game plan for how to attack the offseason.

A priority was to establish an identity as a team built on defense. As that mentality came around, SRC became a more competitive team and found the win column at the start and end of 2021.

Shelby-Rising City bookended its season with wins over playoff-bound Thayer Central and East Butler. In the season finale against the Tigers, the Huskies scored their most points in the Kubik era (61) and allowed the fewest (eight).

Once again, though, the Huskies were challenged by a tough schedule as seven of the eight teams they faced made the NSAA Class D-1 playoffs, including Howells-Dodge and Cross County, the two that will compete in Monday's Class D-1 state championship game.

"I thought starting out the year with a win was huge. Another tough schedule this year, but I thought the kids fought really hard through that tough schedule. There were some games we would like to have back, but overall, I thought our kids improved," Kubik said. "I thought that was a good way to end the year and hopefully give the seniors something to look back on that they gave to the program."

Kubik said the Huskies found success with a three-man front on defense. Last year, he felt some of the team's struggles had to do with indecisiveness on that side of the ball. Once SRC stuck with the same alignment, it started to come together.

"I thought they (defense) played extremely well. I think we were the most prepared we had been," Kubik said. "Even going into last year, I think this year we were a lot more prepared on defense. I think it showed."

Even against some of the most potent offenses in the state, the Huskies managed to allow 70 fewer points overall. Senior Grady Belt led SRC in tackles with 125 and the Huskies recorded 6.5 sacks, 10 fumble recoveries and four interceptions.

"I give those kids some credit. It does take a toll when you're bundling those losses one after another, coming in and coming prepared. I thought they did a good job," Kubik said. "As coaches, we'll continue going at the grindstone and we'll find something that continues to work. I think that's something we found."

The next step in Shelby-Rising City's evolution is finding an offensive identity. The Huskies lost their starting quarterback, Payton Sliva, in week three to a season-ending injury. Ashton Schultz and Belt split the signal caller duties. Schultz threw 54 passes and Belt attempted 46 throws.

However, the Sliva injury disrupted what Kubik had hoped to achieve.

"I think we played well considering the situation with our starting quarterback going down early. I thought Grady (Belt) and Ashton (Schultz) stepped into those roles really well. They both had very good seasons considering where they were from last year to this year," he said. "Really proud of those guys and really proud of our team for stepping in and taking that on in a tough situation like that."

Belt led the Huskies in passing and rushing. Through the air, Belt tallied 357 yards, six touchdowns and four interceptions. On the ground, he recorded 473 yards and four touchdowns.

Kubik said the Huskies preferred to spread the ball out, which could be something that develops further next fall.

"All of them leaders were on and off the field and it's going to be hard to replace those types of guys. You wish you get another year with them with those guys always," he said. "Looking back from last year, I think they all grown, not just on the field, but off the field as well; going to miss them a lot."

Kubik is excited for the 18 returners and incoming freshmen to come in and contribute on special teams and in roles left void by the outgoing seniors.

For the Huskies, the work towards next season has already begun.

Hoping for improvement but winning just one more game than the year before seems to indicate little evidence of progress. But a deeper look is… 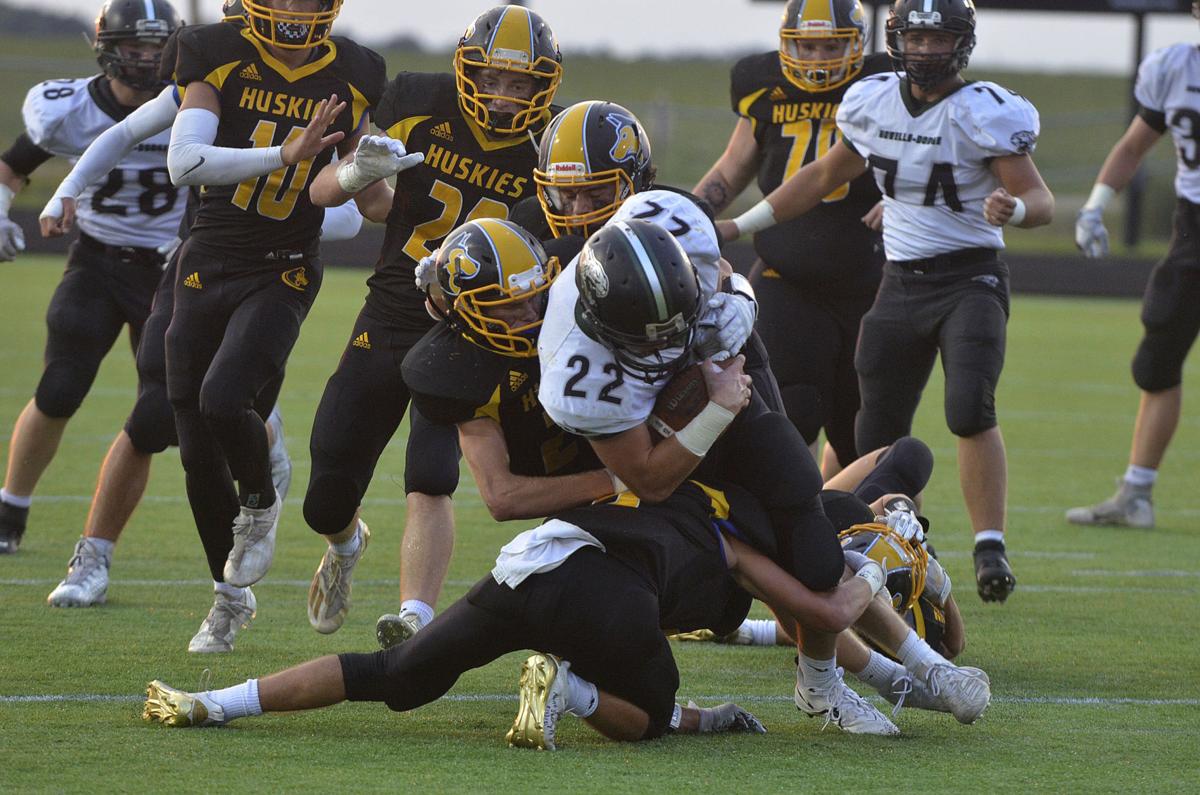 Justin Knoll, Grady Belt and Hunter White team up for a tackle on Howells-Dodge ball carrier Levin Belina on Sept. 3. Belt led the Huskies with 125 tackles. 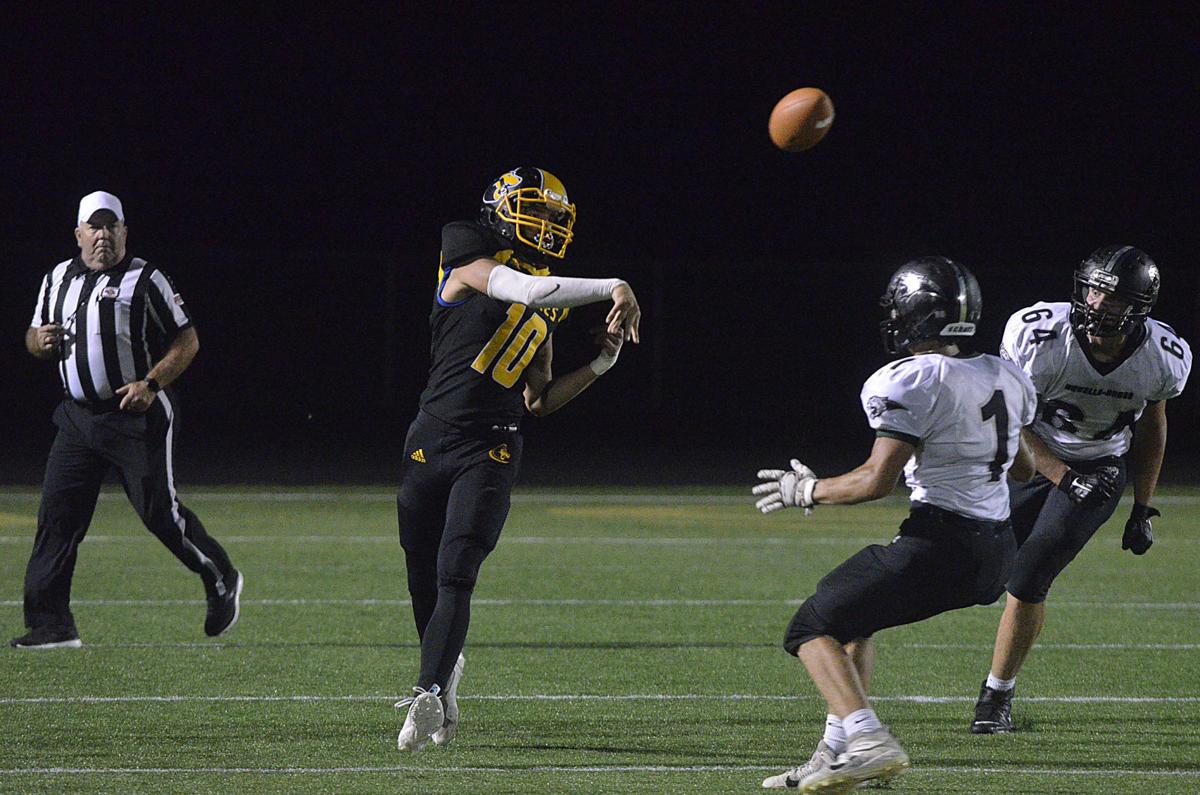 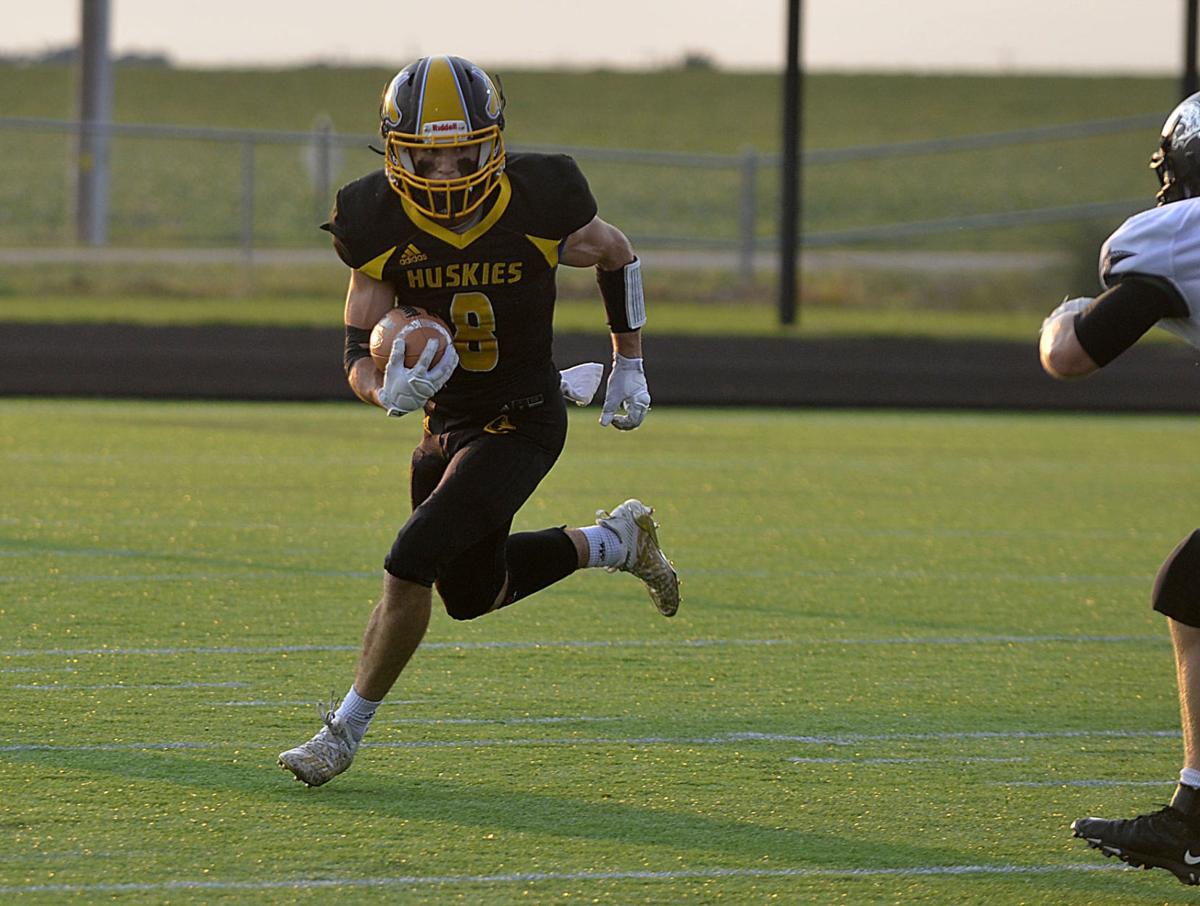