Shelby-Rising City basketball took the court for the first time since Dec. 28 on Friday when it traveled to face Exeter-Milligan. On Saturday, both teams hosted Meridian.

The girls team dropped both games to extend its losing streak to four games. Their male counterparts ended their skid with a victory over the Mustangs.

Shelby-Rising City Boys 43, Meridian 33: The Huskies trailed 6-4 on Saturday then outscored the Mustangs 24-11 over the next two quarters to secure their fifth win.

The Huskies defense held Meridian to 30% shooting and 2 for 18 from behind the arc. SRC also drew seven more fouls, which led to an eight-point advantage at the stripe.

Meridian 43, Shelby-Rising City Girls 28: Meridian's domination of the glass propelled it to a win over the Huskies Saturday.

SRC was out-rebounded 29-13 with 17 Mustang rebounds coming on the offensive end. Meridian jumped out to a 10-1 lead, but SRC closed the gap to 23-17 with two minutes remaining in the third. That was the closest it came.

The Huskies shot a higher overall percentage as well, but Meridian knocked down seven three-pointers, five more than SRC.

Ava Larmon and Taya Pinneo ended in double-figures with 13 and 11 points, respectively.

Exeter-Milligan 40, Shelby-Rising City Boys 35: The Huskies had chances in the fourth to even the game, but fell short against Exeter-Milligan.

The Timberwolves, who outscored the Huskies in each of the first three quarters, saw their lead cut to 38-35. Dutton-Mofford missed a three-pointer which led to two Exeter-Milligan free throws. Whitmore missed a jumper on the ensuing possession and ended the game.

The Timberwolves knocked down three more threes and were plus-eight on the boards. Exeter-Milligan recorded 13 offensive rebounds.

Exeter-Milligan 36, Shelby-Rising City Girls 17: The Huskies had their worst offensive performance of the season.

SRC scored a season-low 17 points on just 11% shooting. The Huskies were 6 for 53 from the field. Caydee Bauers led SRC with five points as Ava and Alex Larmon scored four each.

Ava and Pinneo combined to shoot 3 for 41 from the field in the loss.

The Timberwolves build an 8-3 lead after the first and had a 20-11 halftime advantage. It was all Exeter-Milligan in the second half.

"We are still in the process of finding way to score. We defended and held a really good team to 36 points," SRC head coach Turner Trofholz said. "We had a great game plan and were able to get shots up, but the quality wasn't great."

SRC entered Tuesday's game against Centennial with a 3-8 record.

The Shelby-Rising City girls played a pair of tough opponents and came up empty at their home holiday tournament Dec. 27-28.

In its first game in a week, Shelby-Rising City basketball earned its first win of the season Friday against Giltner. The boys won 45-26 while…

Huskies take away positives from loss against Cross County

Shelby-Rising City tipped off the basketball season Friday night against conference foe Cross County. The Cougar boys and girls both won 20 or… 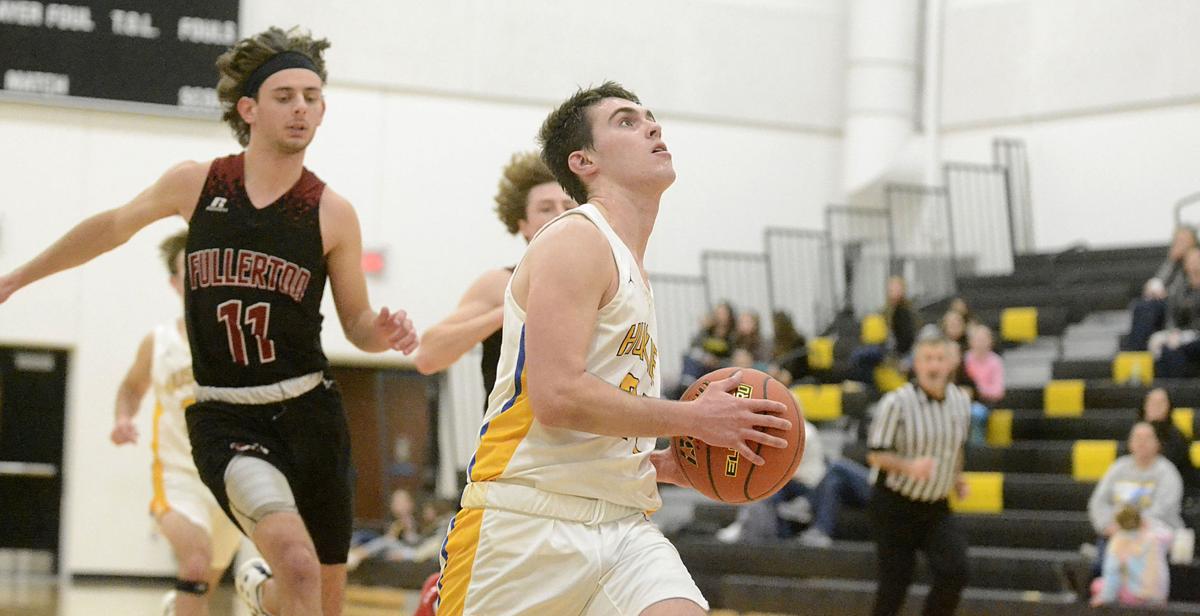 Shelby-Rising City's Gavin Dutton-Mofford attempts a layup on Dec. 28 against Fullerton. He scored 20 points in Saturday's win over Meridian. 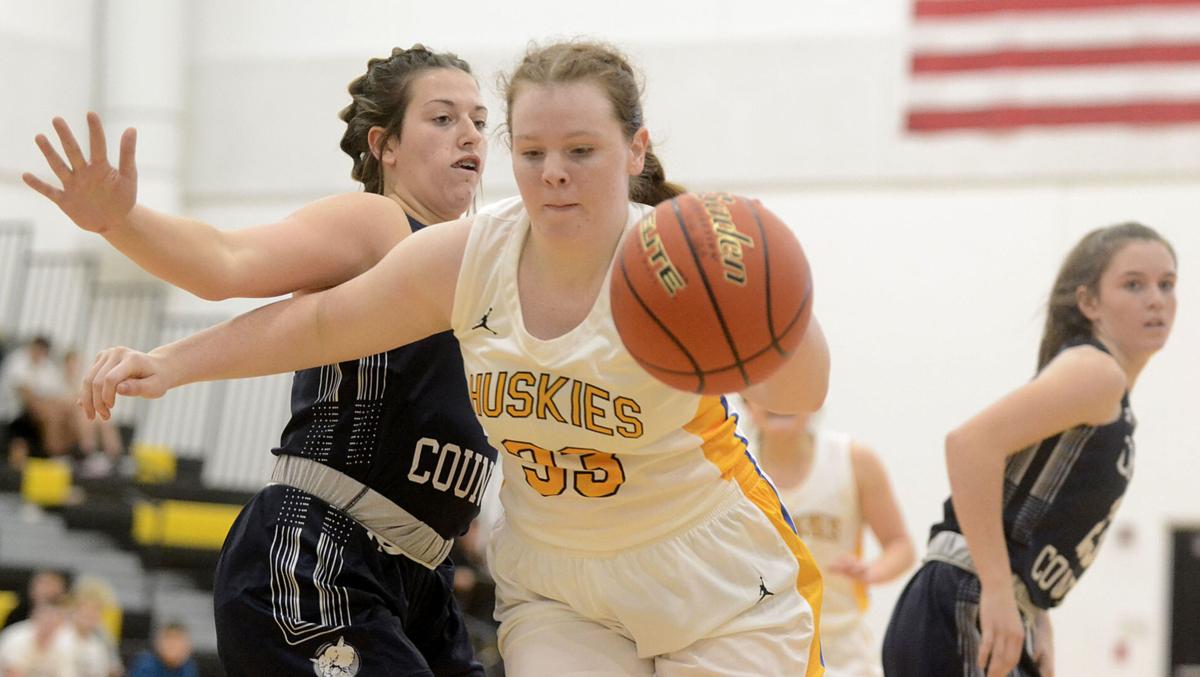