Oakland-Craig handed Aquinas Catholic its first loss of the 2020 season in a No. 1 vs. No. 2 matchup that featured big plays by the host Knights. A year later in another district showdown, it looked like Oakland-Craig had again found the play of the night.

With Aquinas trailing by a point and 4:10 remaining in the game, the Monarchs lined up for a field goal. Oakland-Craig blocked the try and took it all the way to the other end in a stunning turn of events that gave the fourth-ranked Knights a 28-21 lead over the third-ranked Monarchs.

But rather than fold after what looked like the moment of the night, Aquinas marched back down and created its own moment. Senior fullback Michael Andel scored from the 1 on fourth-and-goal in the final minute then coach Ron Mimick opted for the win. Quarterback Lucas Sellers rolled to the right on a play-action pass and scrambled to the end zone for the winning points 29-28.

Sellers finished it for good on the ensuing Oakland-Craig possession with an interception on a fourth-and-20.

"It's a great game to win like that and it's a tough game to lose. I thought we played relatively well. We found ways to move the football against a good defensive football team," Mimick said. "... It was a football game that both sides deserved to win."

Aquinas outgained the Knights 346-319 as the Monarchs rushed for 262 yards. Andel finished with 26 carries and 75 yards. Curtis Humlicek ran for 73 yards on 11 yards and John Prochaska finished with 121 total yards and one touchdown.

The game featured five lead changes and one tie. Aquinas opened the scoring halfway through the second quarter on a 20-yard touchdown run by Prochaska. The touchdown was set up by a blocked punt from defensive lineman Rowdy Truksa.

Oakland-Craig took its first lead with 2:28 remaining in the first half on a Tavis Uhing 8-yard run. He scored the two-point conversion to make it 8-7.

Aquinas regained the lead on a five-play, 45-yard drive capped off by a Thege touchdown to make it 14-8 Monarchs at the break.

After Aquinas turned the ball over on downs at the Oakland-Craig 10 halfway through the third, Knights quarterback Grady Gatewood slung a 76-yard touchdown pass to Carson Thomsen to tie the game at 14.

Aquinas looked in position to answer back and leave little time for the visitors until two unblocked Knights came around the edge of the formation and turned Prochaska's kick into a disaster. Fortunately for the Monarchs, a stop on the two-point conversion kept it at a one-possession game.

"It was very emotional. We've worked hard all year for this. They beat us last year," Prochaska said. "It was a pleasure coming here and playing against them. You can't ask for a better game. I'm just happy we came out and played well.

"... I think these kind of games make us a better team. Close games bring us together. It's a great feeling."

The win makes it two out of three for Aquinas during a brutal four-game stretch that has included C-1 No. 4 Scotus, previous C-2 No. 10 Crofton, No. 4 Oakland-Craig this week and at No. 1 Fremont Bergan next week.

The Monarchs led the Shamrocks 21-14 after a fourth-quarter fumble but allowed a 55-yard touchdown pass and gave away their own fumble that led to the winning scoring drive. They trailed to start the fourth at Crofton before two long Andel touchdown runs. Bergan handed Aquinas a 31-7 loss in David City last year.

"We've got a good slate ahead still. We've got Bergan left," Prochaska said. "This is great momentum heading in; big confidence booster, of course, so we're lucky to have that."

Before the season, Mimick said his group could be 0-6 considering what the first two-thirds of the schedule presented. With a week to go, the Monarchs are 4-1 (Oakland-Craig dropped to 3-2). Thursday was just the latest step in what Mimick sees as a process for maximizing potential.

Sam Ficarro and Nate Tenopir are a sports reporter and the sports editor of The Banner-Press. Reach them via email at DVDsports@lee.net.

Aquinas Catholic, the No. 4 ranked team in Class C-2, posted its fourth shutout of the season Friday in a 41-0 win over BRLD.

David City volleyball put together a 3-0 week with a win over Heartland and a sweep at the Aquinas Catholic triangular. The Monarchs concluded…

A trip to the state meet was on the line for Aquinas Catholic, David City and East Butler last week at various district meets across Nebraska.

Aquinas Catholic bounced back Friday after a home loss to No. 1 Fremont Bergan. Unfortunately for David City, the Monarchs were the victims of…

The sports landscape was quite different 50 years ago when David City was on top.

Aquinas Catholic softball made 2021 a historic season, albeit a bittersweet one at the end.

Shelby-Rising City swept a road triangular on Oct. 7 and made it four wins in the past six matches. Added to a win the weekend before at a tou…

Fremont was the site of a top-ranked showdown between C-2 No. 3 David Aquinas Catholic and C-2 No. 1 Fremont Bergah. The Monarchs were looking…

Last week marked the final meet before trips to state at the district meet. Aquinas Catholic and David City competed in respective conference …

SRC, East Butler fall in second round of Crossroads tournament

Shelby-Rising City and East Butler took to the court Saturday looking for an opportunity to win the Crossroads Conference Tournament as underdogs. 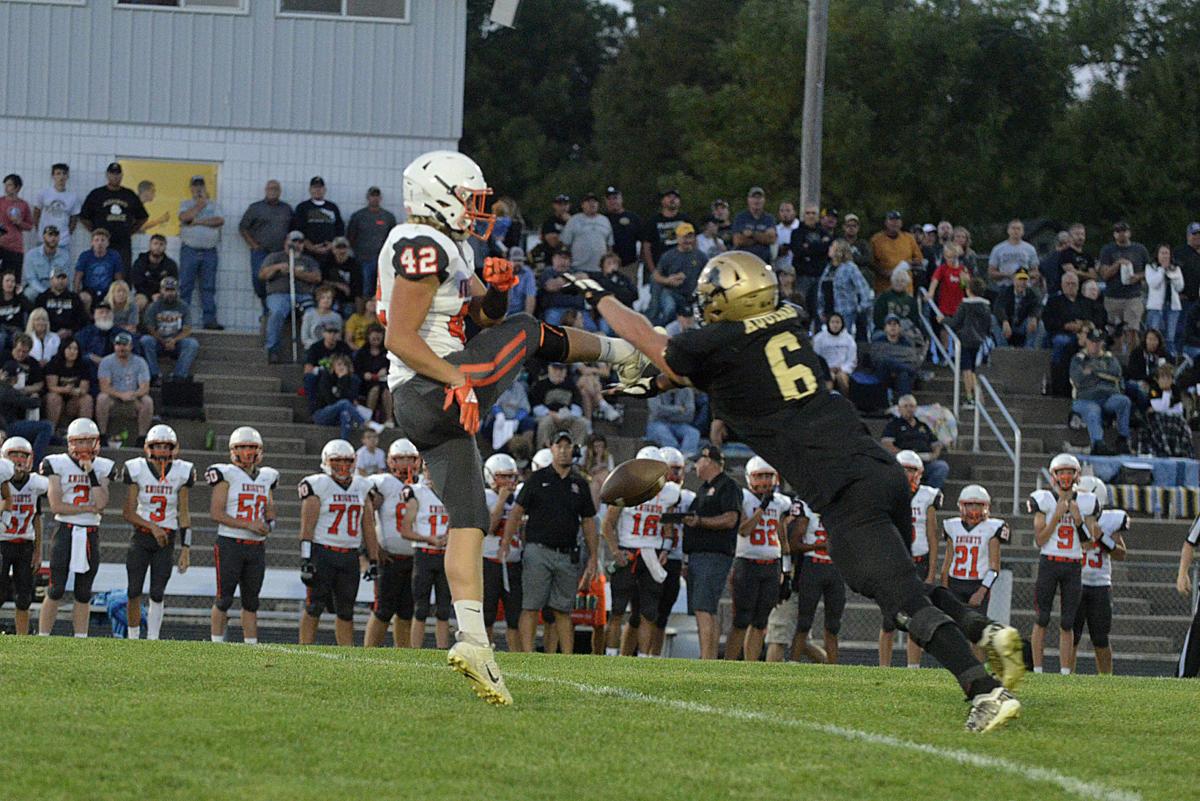 Aquinas' Rowdy Truksa blocks a punt against Oakland-Craig Thursday at Memorial Field in David City. Truksa and the Monarchs won a 29-28 showdown between No. 3 and No. 4 in Class C-2. 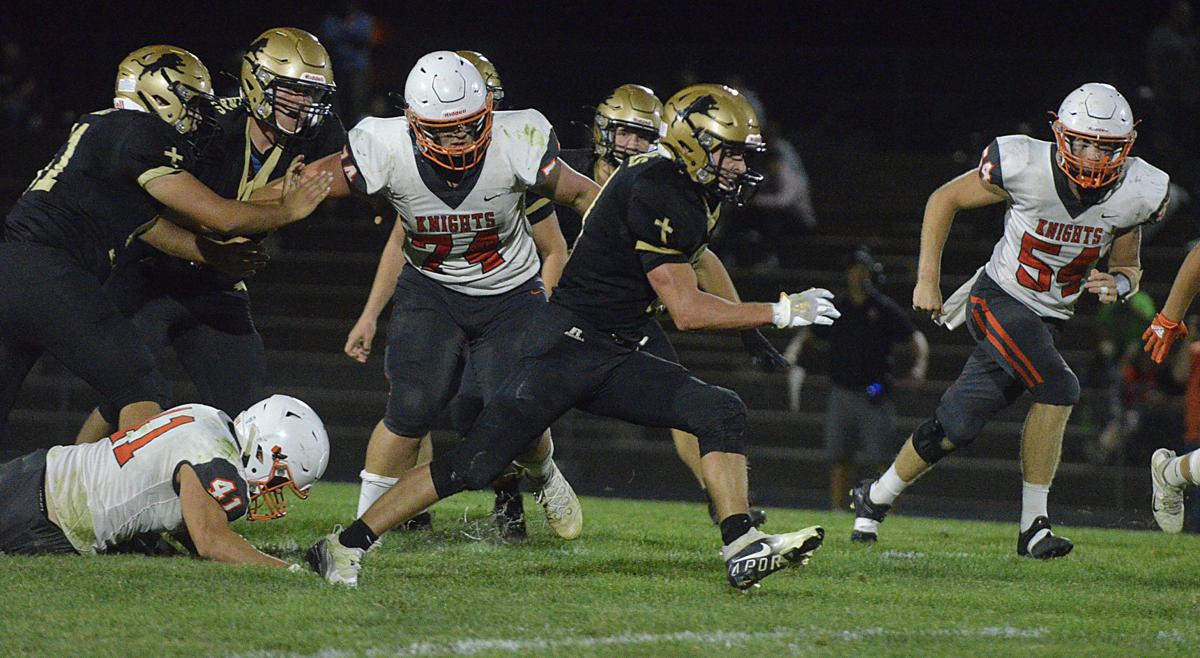