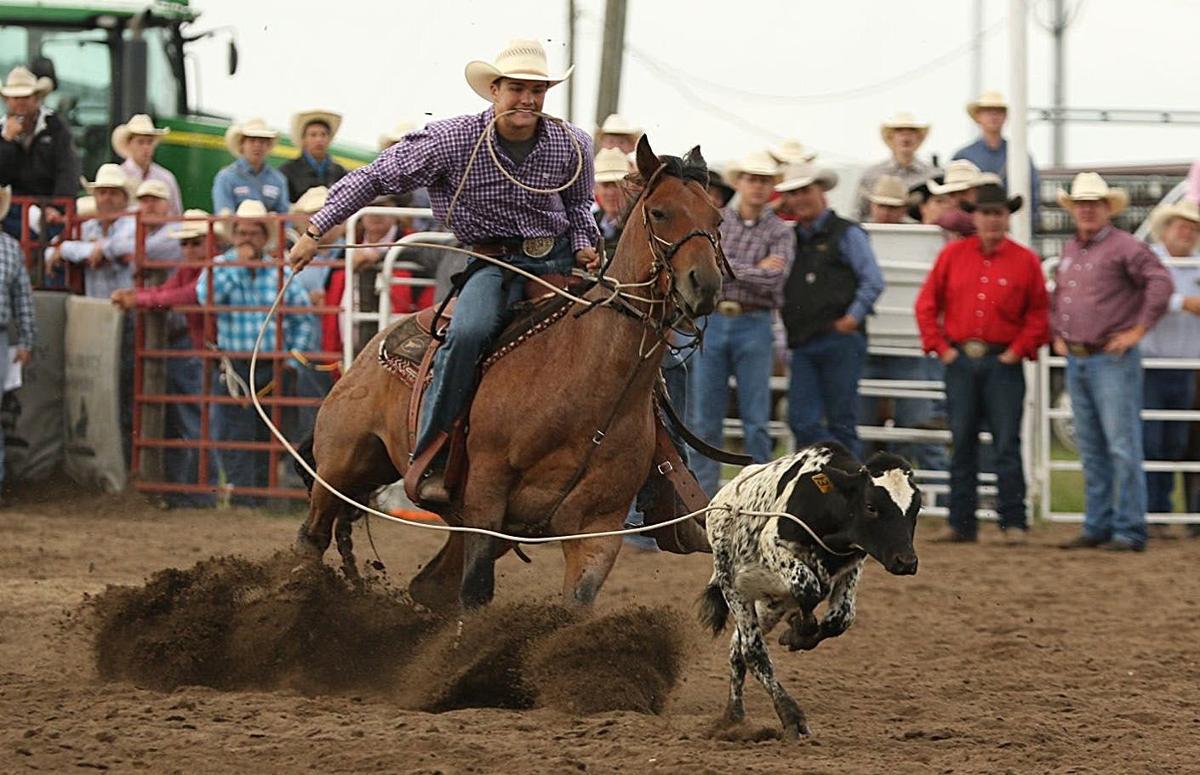 Shelby-Rising City's Grant Lindsley competes in a calf roping event last year. Lindsley participated in three sports seasons as a Husky and in rodeo during the fall and spring. 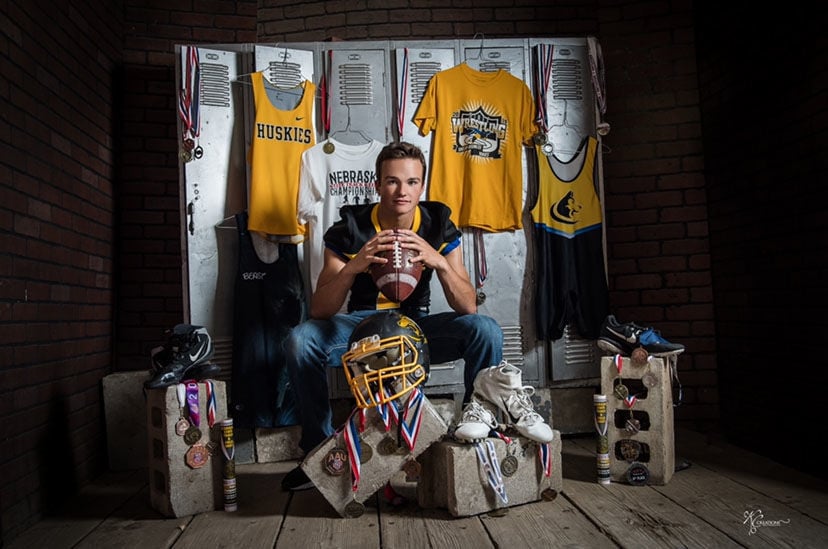 Almost all of Shelby-Rising City senior Grant Lindsley's life has been centered around sports.

Some of his earliest memories include running around a baseball diamond or playing football with friends. Sports have shaped who Lindsley is today.

After a successful senior season in football, which saw a run to the state playoffs, and another in wrestling, which saw him place fifth at state, Lindsley had designs on finishing his varsity career with a bang.

On the SRC track team a year ago, he was part of the 1600-meter relay team that ran to a fourth-place medal at the state meet. Though he missed most of the season with an injury, Lindsley was a major factor once the Huskies went to Omaha.

Had everything gone to plan, Lindsley and his teammates would have been on the track this week at the district meet looking for a return trip to Burke Stadium.

"It was devastating and a little disappointing," Lindsley said of losing the season. "I knew high school sports were going to end. I guess it just happened a little sooner than it was supposed to."

Lindsley's passion for sports stemmed from his family.

His father, Eric, and mother, Heather, were both hurdlers in their high school days. Eric was also part of team roping events in rodeos and has helped coach at SRC.

With his parents' influence, Lindsley found a passion for athletics. Though his youth contained almost ever sport out there, he had to narrow his focus as he reached junior high. Mom and dad helped decide how to proceed.

Naturally, they suggested the hurdles.

"I liked hurdles right away and kind of just stuck with it," he said.

Lindsley also followed in his father's footsteps by competing in rodeo. He had some familiarity watching dad from behind the gates. When he reached the second grade, he was out in the dirt himself.

The Lindsley family has had horses since as far back as Grant can remember, allowing him the chance to learn Dad's skills in team roping and individual calf roping.

The love started early and has been in place every since.

The high school rodeo season is split into two parts, one in the fall and one in the spring. With rodeo taking place at the same time as football, it made for some crazy weekends.

A typical weekend consisted of going to a football game on Friday then a rodeo on Saturday.

To make it all possible, his mother brought a trailer with his horse to the football game. After the game, the family set off to to the next day's rodeo, usually in western Nebraska.

"There’s a lot of kids that play football and rodeo," Lindsley said. "Saturday mornings you could always tell who played a rough game last night. Everyone was kind of stiff moving. It was fun."

All of it required the type of commitment level that stuck out to Lindsley's coaches and teammates.

SRC head track coach Jimmy Blex was in his first year of coaching the Huskies but realized the talent Lindsley brought to the team.

"In my short time of teaching and coaching Grant, he has always had a positive attitude, and puts forth great effort in everything he does," Blex said. "He was an outstanding leader for all of our athletic teams and our school, and it was no different during track. Unfortunately, I wasn’t able to coach him too much during this track season, but I’m confident he would have had a successful year on the track."

SRC head wrestling coach Austin Carmichael had the opportunity to coach Lindsley for all four years.

"Grant is a hardworking young man who is always doing something extra to get an edge on everyone else," Carmichael said. "He is not satisfied with being average; that is why he works so hard. He will do great things not only in college athletics but in all of his future endeavors because of his hard work and dedication. I am proud to have coached Grant Lindsley."

Head football Kevin Kopecky said Lindsey was a leader on the gridiron from the time he was a freshman.

"Grant Lindsley was a great leader for four years in our football program," Kopecky said. "He served on our leadership committee, he was a team captain as a senior, he did everything we ever asked of him in the weight room, the football field and in the classroom. He's a great young man. I'm excited that he is continuing his football career at Morningside College. I have coached for many years, and he is one of the toughest football players I've ever been around."

Unfortunate, like track, the spring rodeo season was also canceled. Though his varsity days are suddenly over, he'll at least have the chance to continue football at a powerhouse. The Morningside football program has won each of the past two NAIA national football championships.

While in Sioux City, Lindsley will major in biology.

"I really want to stay in the agriculture field," he said. "Having horses and a few cows, I really like agriculture. I maybe want to take that into veterinary medicine or somewhere.

"If I end up in the medical field I would be fine with that. Morningside has an Ag program, but it’s not a very strong Ag program. I’ve talked to some people and they said biology is the way to go. And, I really enjoy science so that was an easy choice for me."

Shelby-Rising City's Grant Lindsley competes in a calf roping event last year. Lindsley participated in three sports seasons as a Husky and in rodeo during the fall and spring.