The Aquinas boys basketball team struggled against a pair of postseason contenders in Clarkson/Leigh and Pierce.

The Monarchs fell to the Patriots 57-38 on Jan. 4 then scored a season-low 16 points in a 27-point home defeat against Pierce two nights later.

Pierce 43, Aquinas 16: The Monarchs were overmatched by the physical presence of the Bluejays.

Aquinas struggled mightily on the offensive end dealing with Pierce's ability to crowd the paint with 6-foot-6 post player Ben Brahmer. When the Monarchs were able to find a driving lane, most shots were blocked.

That forced Aquinas to settled for perimeter shots. But looks from outside only amounted to two makes.

Bryant Stouffer made a three-pointer with 4:17 left in the first to make it 5-3. Aquinas didn't score again until there was 4:46 remaining in the second when Lydon DeWispelare drained a three. That halted a 14-0 Pierce run.

The Bluejays went on another big run, 14-1, to extend their lead to 33-7. Aquinas finished the game with four made field goals as Stouffer made a couple two-point baskets in the second half. He ended with a team-high nine points.

"I told the kids before the season, we're going to have tough games like this and it came (tonight) unfortunately," coach Trevor Weiss said. "We just need to have better body language if we're not scoring on offense, and I felt like some of us didn't, so hopefully that'll get better throughout the rest of the year."

Weiss added that his group has done a good job of not dwelling on losses and moving on to the next one. He's hopeful that continues as the losses start to pile up.

Aquinas was outscored 15-3 in the opening frame then pulled within eight at halftime. In the second half, the Patriots outscored the Monarchs 31-20 to secure the win.

It was one of Aquinas' most balanced scoring efforts as eight Monarchs scored. Clayton Zavodny and Dylan Andel posted eight points each, John Prochaska ended with seven and Curtis Humlicek had six.

Defensively, the defense struggled to contain Clarkson/Leigh and gave up 42% shooting. Kyle Kasik led all scorers with 16 points.

"Overall, I like the aggressiveness that we played with all game. On offense, we need to move the ball better with a pass and not dribble too much," Weiss said. "I like the improvement this team has shown so far this year, but we need to clean up some of the mental lapses in order for us to win some more games."

The Aquinas Catholic boys basketball entered its game on Dec. 14 against Wahoo Neumann at a size disadvantage.

The Aquinas Catholic boys hung around with Class C-2 No. 3 Howells-Dodge at home on Dec. 7 thanks to three-point shooting but couldn't keep up…

Aquinas Catholic boys basketball went 1-1 in the first weekend of the season. The Monarchs opened the year Friday at Raymond Central and suffe… 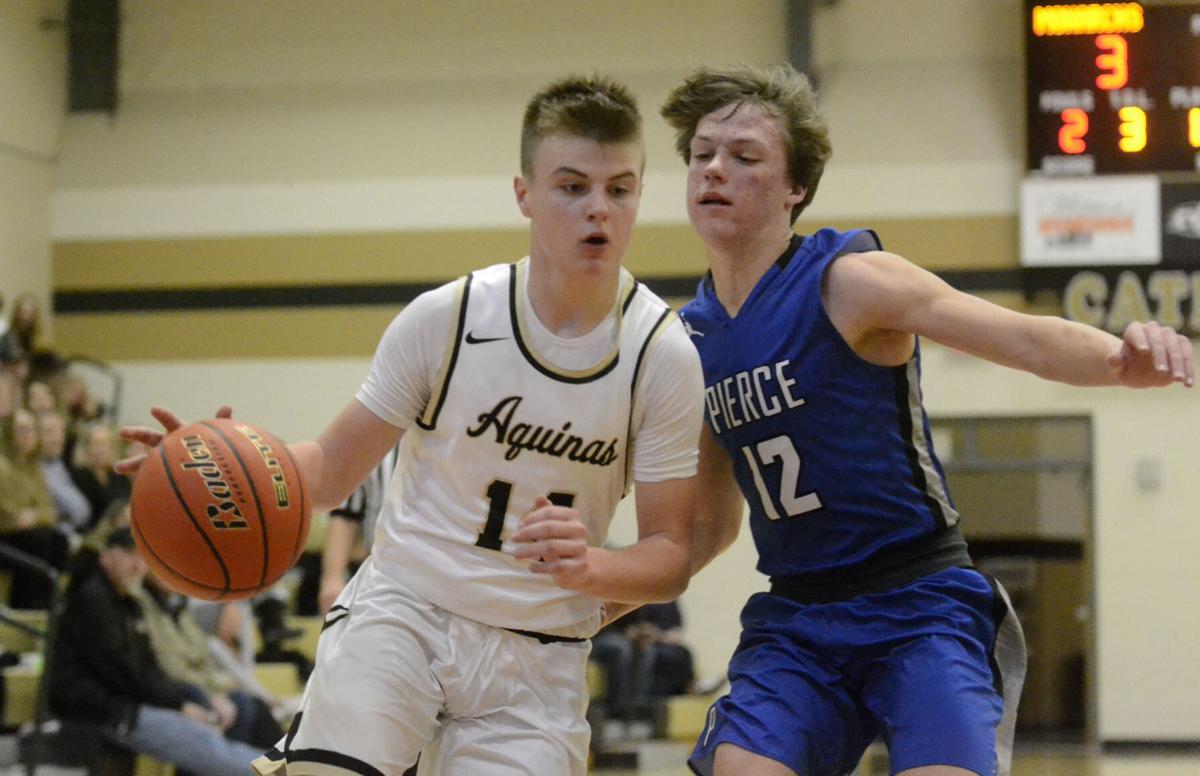 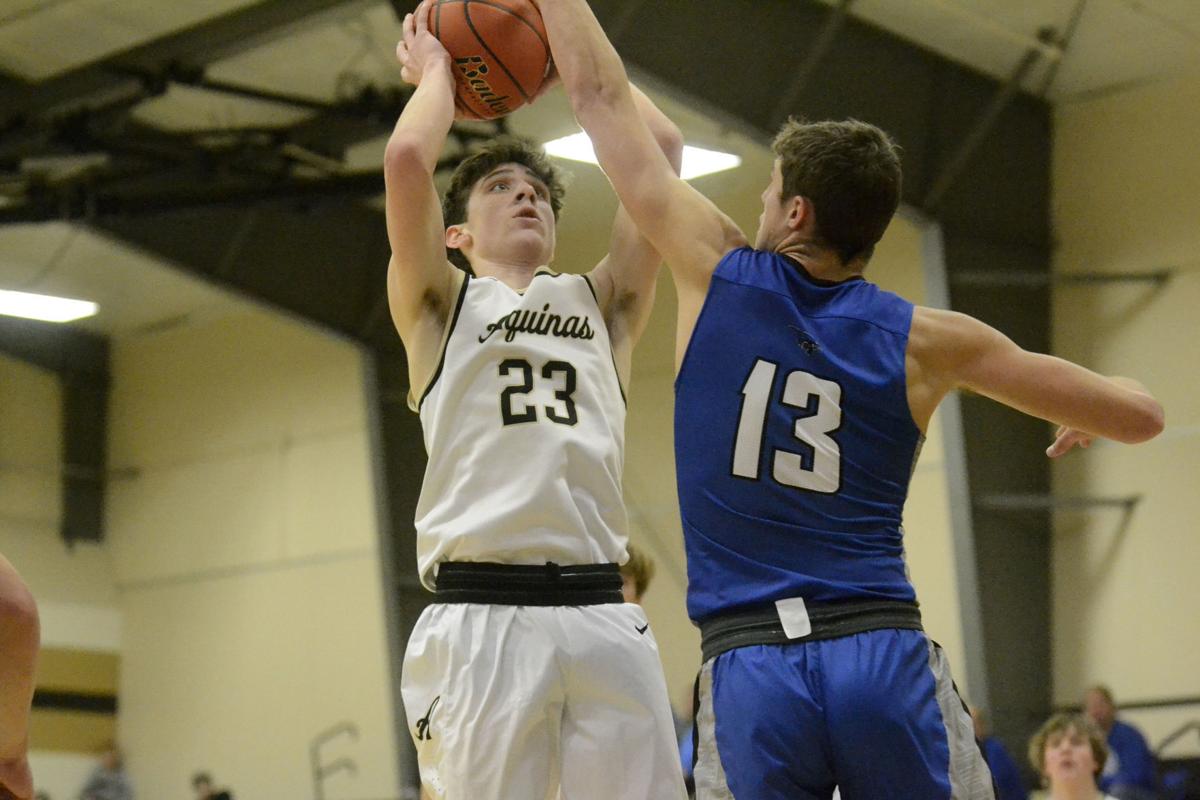