Saturday's Aquinas Catholic Invite featured 11 schools, but all eyes were on two: the hosts and Broken Bow.

The Monarchs and Indians had squared off in a dual tournament just a week prior at Wood River. Aquinas emerged victorious 48-16.

Of the 56 medal winners on Saturday in David City, Aquinas and Broken Bow combined for 30 of the 56 medals - 16 for the Indians and 14 for the Monarchs.

In six head-to-head matches, each team won three. In the end, the Monarchs edged Broken Bow by four points, 236.5-232 and won their home invite thanks to putting one more wrestler in the finals and winning five golds compared to four.

"There was two really good teams here and they pushed us, especially Broken Bow. They came back after we beat them last week and they wrestled with a lot of fire," Aquinas head coach Roy Emory said. "A lot of good, some bad. We kind of pushed wrestling aggressively and being the more physical wrestler and we weren't always doing that today. We got some things to work on. Overall, a pretty good day."

Zander improved to 22-4 with four victories, including a win over Broken Bow's Wilson Cucul Tzin by 5-4 decision to claim first. In the match, Kavan led 3-0 after two periods with an escape and a take down. With a couple takedowns, Cucul Tzin tied the match at four in the final minute. However, Kavan escaped with 36 seconds left to win 5-4.

Jakob recorded two first-period pins to reach the 120-pound championship match. He defeated Milford's Conner Kohout by a 5-0 decision to claim gold and improve his record to 23-3. Overall, recorded two takedowns and an escape.

Vandenberg improved to 20-3 with three pins. In the 138-pound title match, he led 11-0 and pinned Broken Bow's Conner Wells at 5 minutes, 23 seconds to win the match.

Nickolite reached the top of the 152-pound podium with two wins by tech fall. He won gold by medical forfeit against Milford's Jack Chapman. His record is now 26-0.

After a first-round bye, Miller secured two wins by fall. In the 220-poound first place match, he defeated Boys Town's Jay Ballard 4-3. Ballard led 3-1, but Miller recorded an escape with 1:36 left and a takedown with 26 seconds remaining in the match. He's now 21-5.

"We're fortunate to have a lot of good wrestlers. We had some kids step up today and pull out some medals," Emory said. "It's an advantage at a small school to have a solid kid at every weight and sometimes a couple solid kids. Our practice room is going to make you better. The intensity level is pretty high, so you're going to get better just by being in there."

Shelby-Rising City also competed in the Aquinas Invite. The Huskies placed sixth in the team standings with 41.5 points and had two medalists.

In the 145-pound tournament, Grady Belt finished atop the medal stand. He recorded three pins and one by tech fall. In the title match, Belt pinned Conestoga's Carter Plowman at the 5:17 mark. He's now 21-2.

Belt said the work he put in during practice the prior week carried into the tournament. He described what's made him successful so far this season.

"Just kind of stuck to what I'm good at. Neutral on my feet is really my best position," Belt said. "Ideally, if I can stay there, that's where I get most of my success."

Collin Vrbka earned another medal as he placed fourth. After he lost to Milford's Hunter Oborny in the semifinals, he defeated Aquinas' Adam Oltmer in the consolation semifinals to reach the third-place match. There he fell to Broken Bow's Cal Wells by a 3-0 decision as his record fell to 16-6.

Vrbka has SRC's second-best record. He said he wants to work more on the neutral position and getting more in shape. As a freshman, Vrbka explained what this season has been like.

"I'm surprised, but at the same time, I'm humbled because now I know my abilities on the mat at this stage," Vrbka said.

Aquinas def. Central City 60-15: On Friday, the top two teams in Class C at last year's state championship squared off at the Devaney Center in Lincoln ahead of the Huskers' Big Ten opener against Purdue.

The Bison won the opening match, but Aquinas pulled away with victories in 10 of the next 11 matches. Vandenberg, Nickolite, Andel, Buresh, Miller and Romshek recorded pins. Buresh had the fastest fall at 16 seconds.

The Monarchs improved their dual record to 9-0. They compete in their two duals of the regular season on Thursday against David City and East Butler in the Butler County Duals.

Aquinas Catholic competed in its first duals tournament of the season on Dec. 30, and like every other event this season, rose to the top of t…

Monarchs 2021: Filling up the trophy case

Aquinas Catholic athletes made memories aplenty in 2021. Between a team title, a runner-up, gold medalists and big wins, the Monarch trophy ca…

Nine Monarchs appeared in the finals and five won titles in Wahoo while Aquinas wrestling won its fourth team title of the season on Saturday.

Christopher Nickolite enters the 2022 wrestling season as the hunted instead of the hunter. The Aquinas Catholic senior aims to defend his sta… 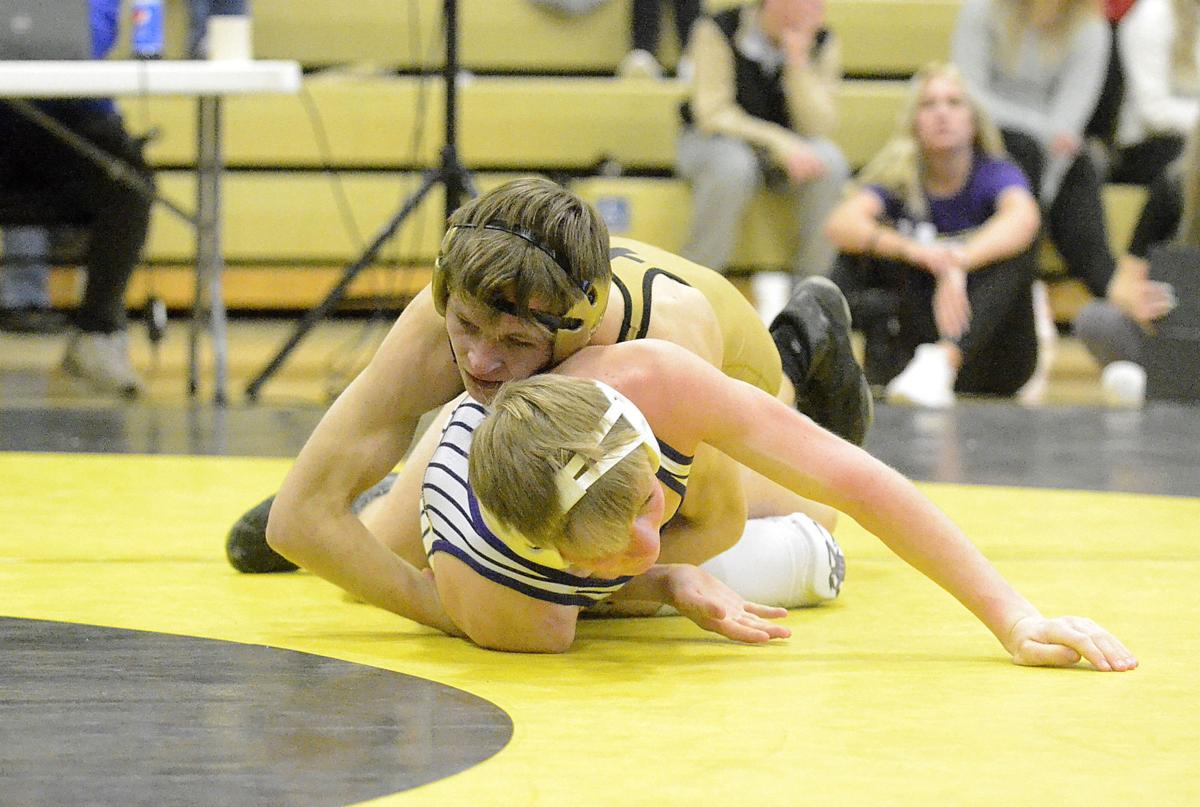 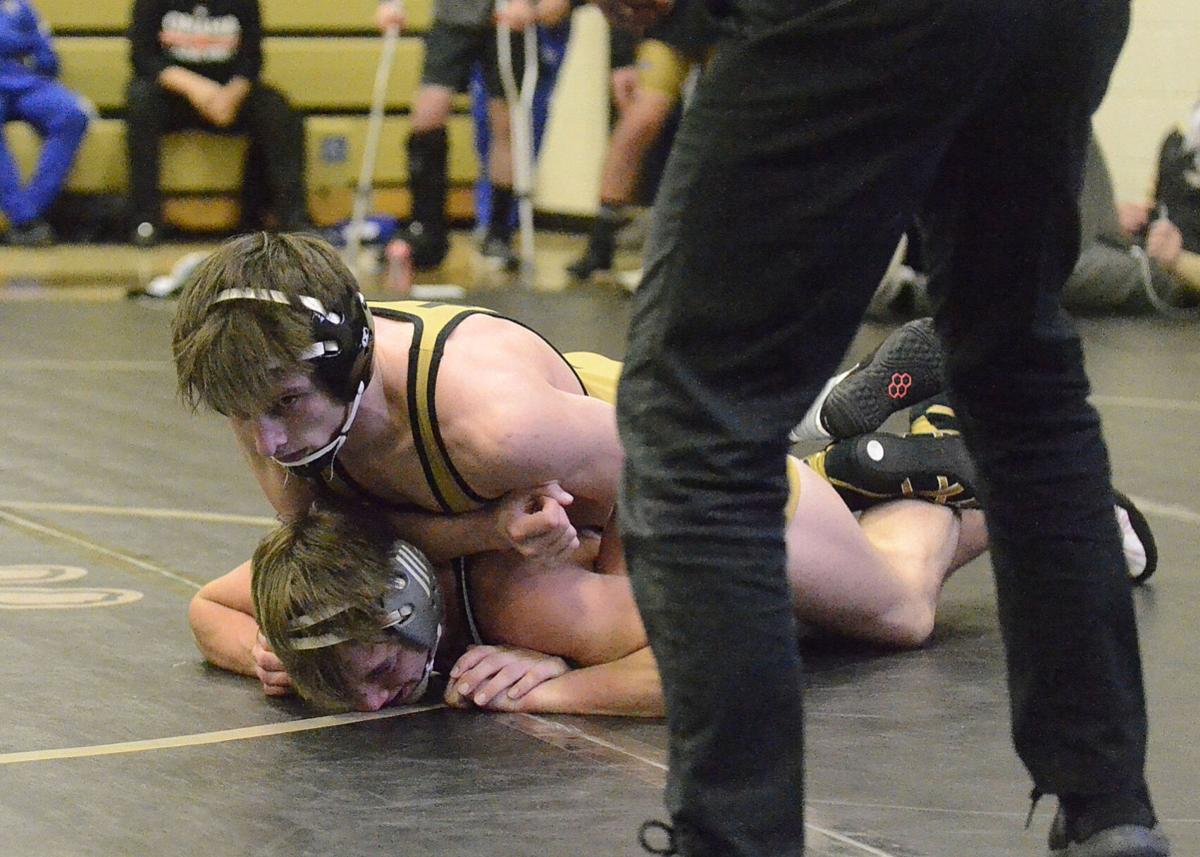 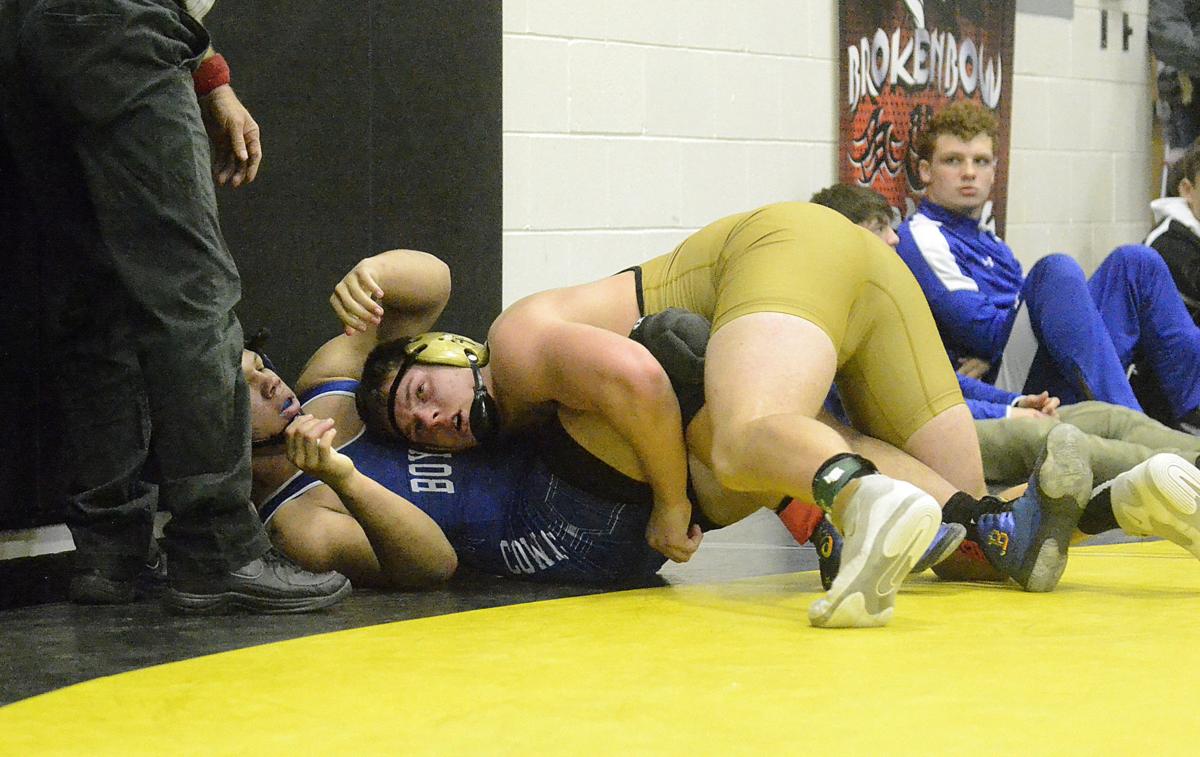 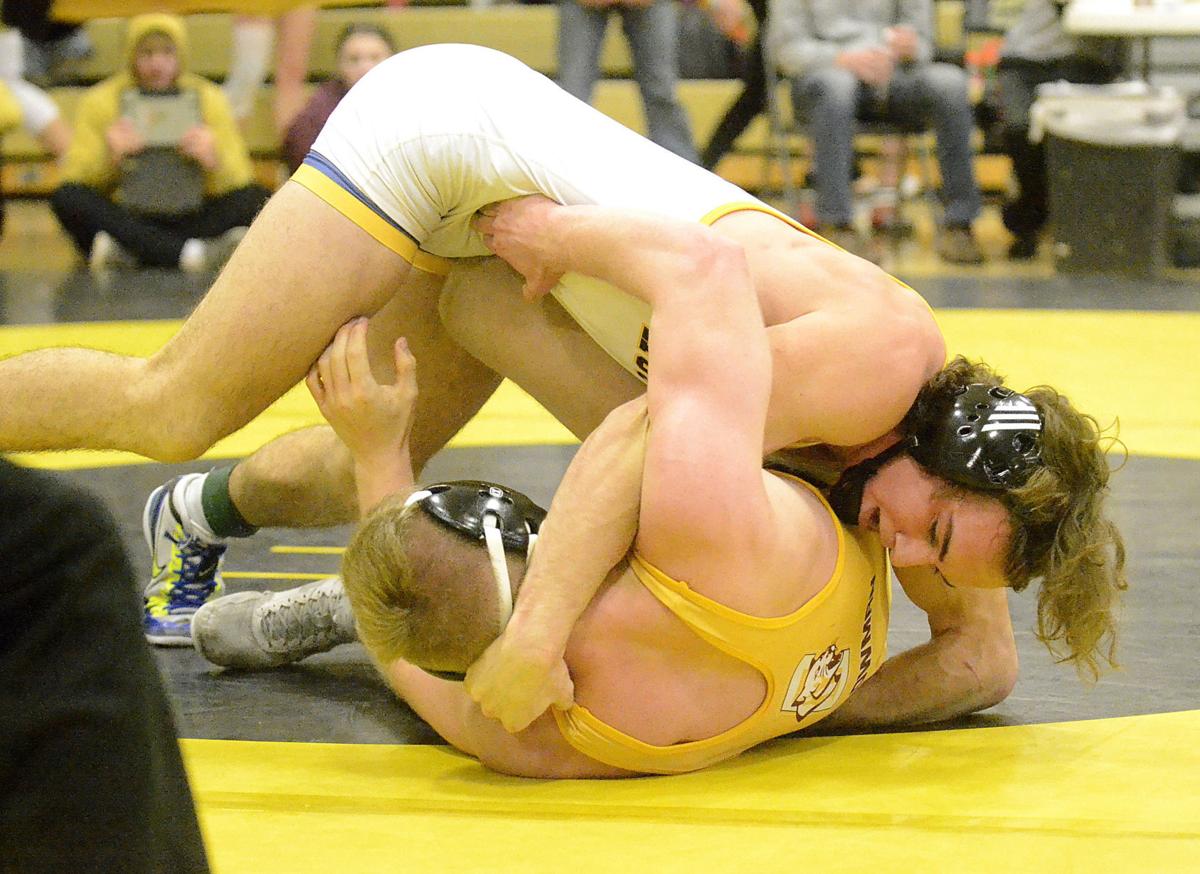 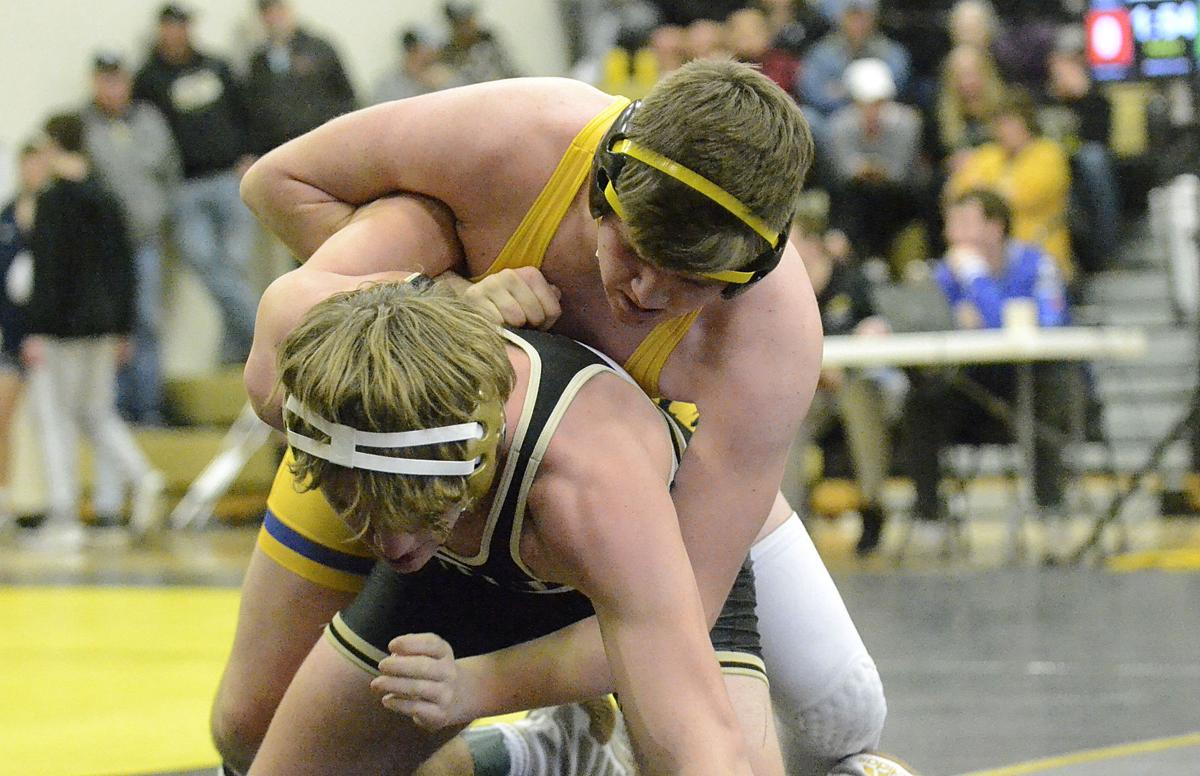