Aquinas Catholic track and field teams nearly swept the top of the team standings at Fremont Bergan on May 6 when the Monarch boys won a championship and the girls came up just short as runners-up.

But in the case of the girls, the Monarchs weren't quite as close as Neumann was to their male classmates. Neumann raised the girls trophy with 191 points, 86 better than the Aquinas girls.

Meet champions included Payton Davis, Jake Witter, Kyle Napier and Ben Shonka for the boys and the 3200 relay for the girls. Xavier Fiala, Witter, Josh Uhrmacher and Caleb Thege were silver medalists for the boys. Grace Reiter, Bianca Romshek, Alli Hartman and Gracyn Wollmer were runners-up for the girls.

"John Prochaska came back from injury to to score in both relays, Josh Uhrmacher scored in both throwing events for the eighth time this year,  Curtis Humlicek scored in two jumps for the sixth time this year and Jude Yindrick continues to have a stellar senior season with nice marks in the triple jump and the 400 again."

Davis' run in the 800 wasn't the best of the year. He beat the school record in the Nebraska Track Fest in Papillion on April 20. But his most recent time would still rank third-best overall in Class C. Davis was also a few seconds behind his best 3200 time, but again had the third best time in the state with this mark from Bergan.

Witter was only .01 behind his top 110 hurdle time of the year at 15.30 and was again the runner-up to Kamdyn Swartz of Wahoo Neumann. Swartz edged Witter at the Centennial meet by .06 then beat him last week by .07.

But just like last week, Witter answered back in the 300 hurdles and won gold on a time of 39.91, his best of the season by .34. Swartz was more than two seconds back.

Napier won the high jump on a leap of 6 feet, 2 inches. Ben Shonka won gold in the pole vault on a mark of 11-6. Aquinas ruled that event when Colin Hough was third, Zach Zitek fourth, Hunter Stutzman fifth and Timothy Duke sixth.

Fiala was second in the 800 2:10.56, Thege jumped to 19-9.50 for silver in the long jump, Uhrmacher made a top toss of 131-5 for the runner-up position in the discus and the throwers relay of Zitek, Uhrmacher, Luke Schmitt and Reilly Miller also won silver.

The girls 3200 relay team of Romshek, Emma Sellers, Natalie Eller and Gianna Frasher won the event in a time of 10 minutes, 34.90 seconds.

Aquinas competes at the district meet for entries to state on Thursday in Wood River.

The pandemic disrupted everyone's lives, but one of the biggest groups to be impacted were student-athletes, specifically those 2020 Nebraska …

Payton Davis had quite the senior year. He captured seven medals at the Nebraska Class C track and field championship, helped the Monarchs win…

The Shelby-Osceola-Stromsburg Seniors dropped three in a row and saw their record fall to .500 before ending the skid with a dominant home win… 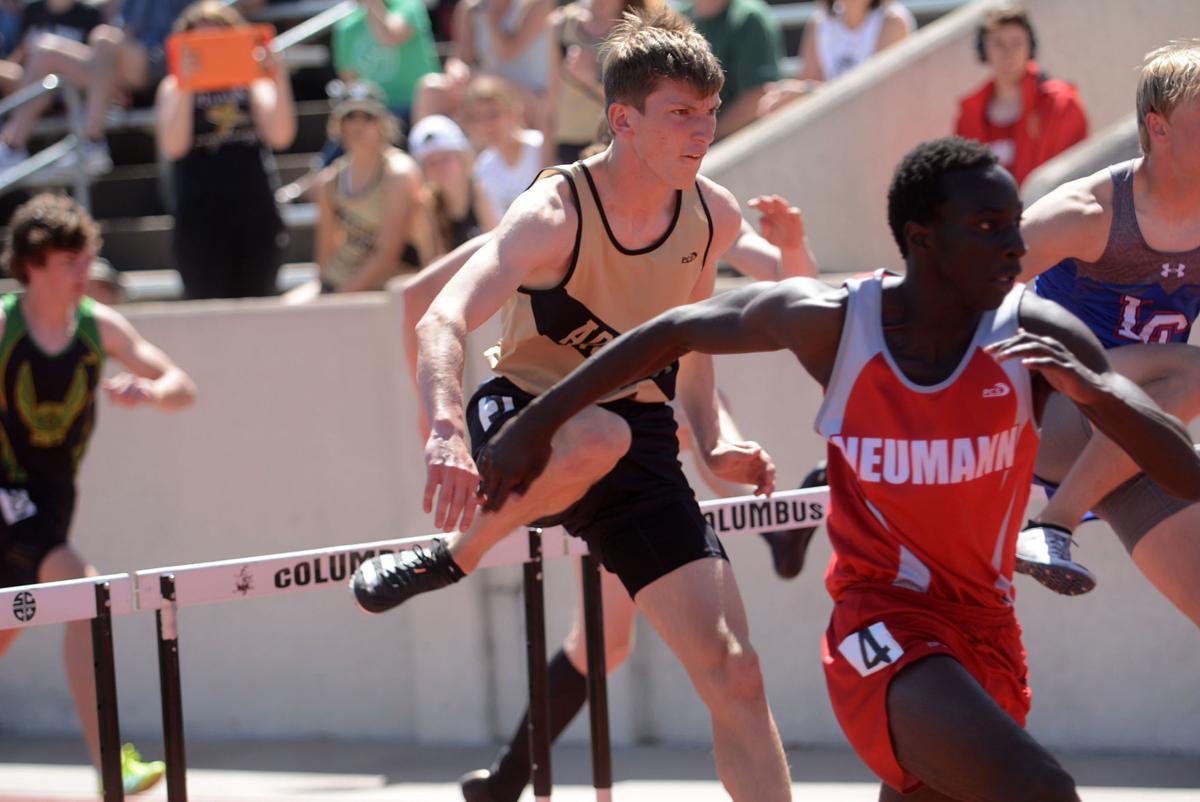 Jake Witter clears a hurdle in the 110-meter run at the conference meet. Witter was the 300 winner and the 110 runner-up at Bergan. 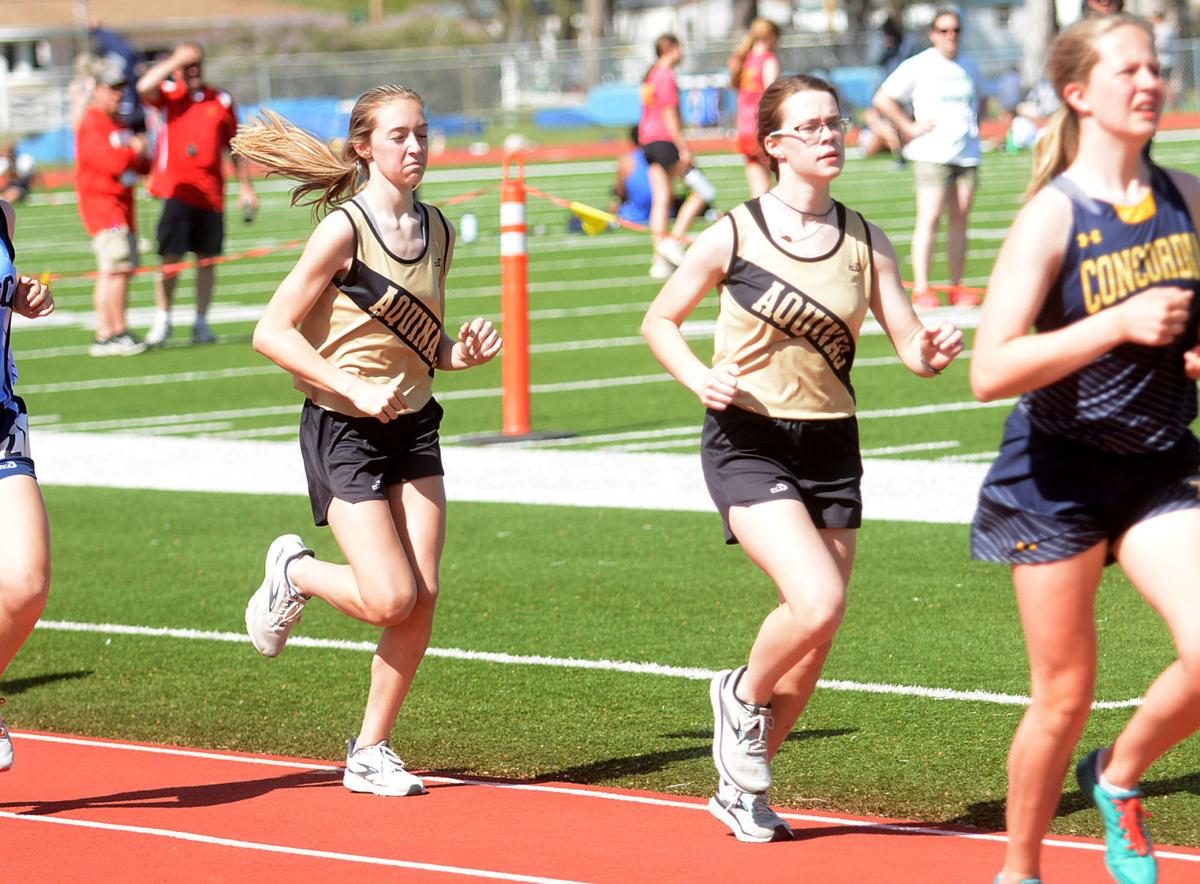 Bianca Romshek, left, and Gianna Frasher make their way around the track in the 1600 at the conference meet. The duo were part of the 3200 relay that won gold at Bergan.