David City senior Simon Schindler and Tre' Daro might disagree, but coach Tahner Thiem said two days of competition at the Manstedt Invite in Columbus was more valuable than the results.

And those results were still pretty good. But for Schindler and Daro, both suffered their first losses of the season and accepted silver medals.

Schindler's came down to a rather controversial call while Daro was defeated by the top-ranked wrestler in Class B. Neither losses are particularly damaging, unless you're the guy who endured it. But in the long run both might also be valuable learning tool to utilize later.

"The High Plains Invite, I think, is hands down the toughest invite in the state that weekend, and unquestionably the toughest bracketed tournament every year considering the teams that are there and the tradition-rich programs that are there," coach Tahner Thiem said. "I wouldn't say we have a bitter taste. We look at it as an opportunity for us to get better before we close it out here coming up."

Schindler came in 14-0, won three times on Friday then pinned two opponents on Saturday while advancing to the title match at 126 pounds. Daro was also 14-0 and followed an identical path to Saturday's championship match at 182.

Schindler was eventually defeated by Columbus High's Adrian Bice, a former state runner-up and the second-ranked guy at that weight class according to the coaches association. Daro saw his unbeaten record come to an end at the hands of Class B No. 1 Jacob Awiszus, a three-time state qualifier and back-to-back state bronze medalist.

Both will no doubt try and take lessons away from those matches. For Schindler, not even one second can be taken for granted. At least, that's what the officials decided when his opponent was awarded a takedown after three separate discussions.

"It stinks because he had a goal to be undefeated this year, and to have it stripped away from him like that is unfortunate. But we always talk to our guys about not leaving matches up to the officials," Thiem said. "Sometimes when guys are evenly matched, it comes down to that. ... There are two ways this can go. He can feel bad for himself and have a pity party or he can push back and bounce back and use it as fuel and motivation every day."

Schindler led 1-0 in the first period for a locked hands call then escaped the bottom in the second and made it 2-0. Bice also escaped the third then, as it was eventually determined, scored a takedown at the edge of the mat in the final seconds.

Bice traded places with Schindler near the boundary and came around the back with control and three points of contact on the mat. But were those points all in bounds? Was there enough time on the clock? Video shot by those watching the match don't exactly answer those questions. There's nothing clear and convincing. Either side could make an argument.

The trouble Thiem and the David City coach staff had with the call was how it was made. The initial discussion went in Schindler's favor. So did a lengthy discussion after questions from the Columbus High assistant.

When more questions and arguments were made, and the two referees met again, it was changed to a takedown and a win for Bice.

"That's why we sign up for tournaments like this," Thiem said. "Week in and week out, we're chasing tough competition, and it's paid of for us long term."

Spatz won his first three by major decision, technical fall and pin, was victorious in the quarterfinals by 10-2 major and lost 8-3 to 28-3 Barret Brandt of Syracuse. Spatz scored the first two takedowns and led 5-1 but was reversed midway through the second period, gave up a reversal at the start of the third and was turned for three back points.

He came back with a 10-8 win over Jaxon Schafer of Boone Central. Spatz was reversed again to start the third and gave up three more back points but eventually escaped and hung on with another takedown.

Bongers won his first four before losing in the semifinals 11-3 to Columbus High's Blake Cerny, the eventual tournament champion. Jace Goebel of Syracuse won the bronze-medal match on a takedown with 25 seconds left in the first. The only offense Bongers could create was a third-period escape.

Kendall Schindler won twice in the preliminaries, lost by second-period pin in the quarters, came back with a 15-0 technical fall and a 12-1 major. Kloke went 1-1 on Friday, lost in Saturday's quarterfinals 9-5, pinned his next opponent then earned fifth with a 2-0 win thanks to an early takedown in the first period. Neither could escape the other in the next two periods.

Gering won the team title with 173.5 points - 16 better than Columbus. The Bulldogs had four finalists and went 3-1 and had eight total medalists.

"We chose to make our kids face adversity and face tough matches," Thiem said. "It's never a goal for us as coaches to have undefeated wrestlers but state champs. We get into January and the season becomes a little bit of a grind, and we've got to give kids reasons and coaches reasons to come down to the room and improve daily, and make every practice have a perfect.

"... These kind of things, you don't like to see them, but they're lessons along the way that are going to make us better."

Year in Review: Scouting out memories

The past year gave us more than enough to ponder about Scout athletics. From glory at state wrestling to a team that ends the year set to make…

David City wrestling ended the first half of the season with a measure of revenge.

Two Scouts on top in Valentine

Scouts rise to the top at Stanton

A first-time champion and three other gold medalists boosted David City wrestling to its first tournament title of the season on Saturday in Stanton.

David City started Wednesday's dual against Raymond Central on the front foot. The Scout lightweights built the team a 22-6 lead, but Raymond …

The David City lineup was shorthanded on Saturday at David City. Two wrestlers are in the midst of their descent and not yet eligible for the … 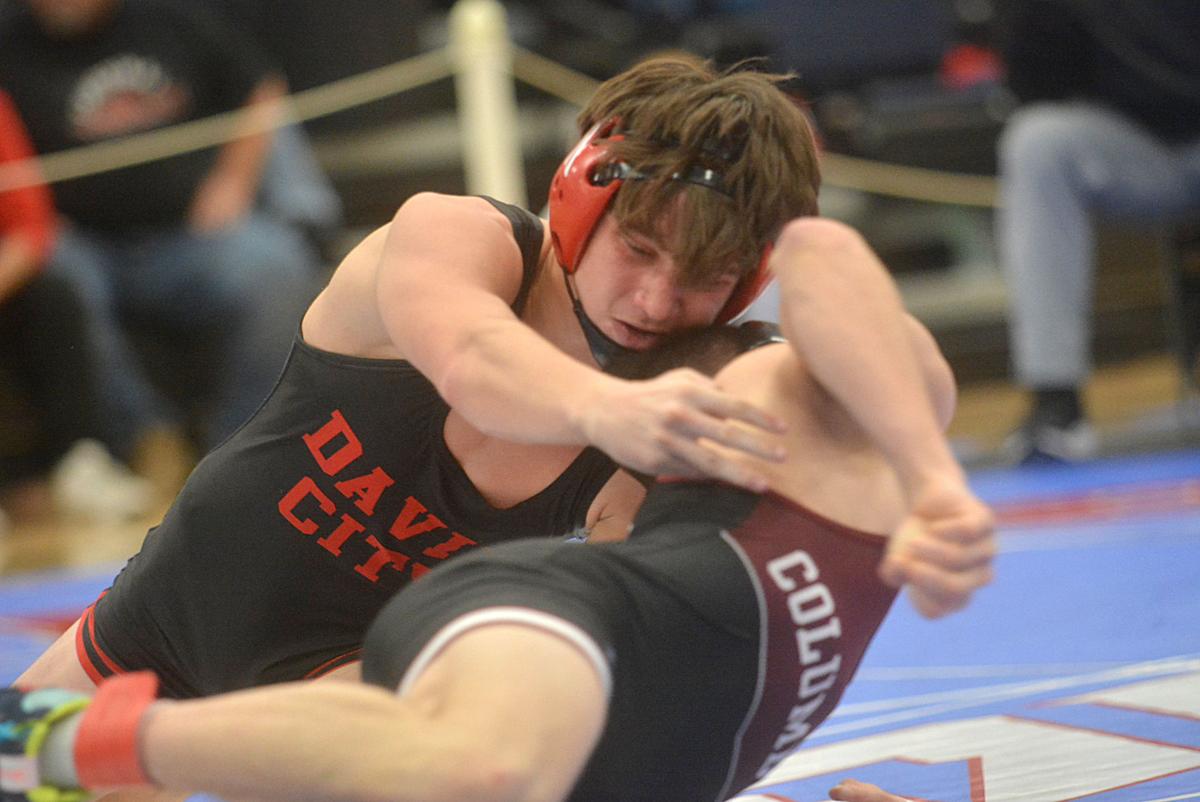 David City senior Simon Schindler tries to keep control of Columbus High's Adrian Bice in the 126-pound title match Saturday at the Mandstedt Invite. Schindler suffered his first loss off the season after a controversial call in the final second was reversed after the match. 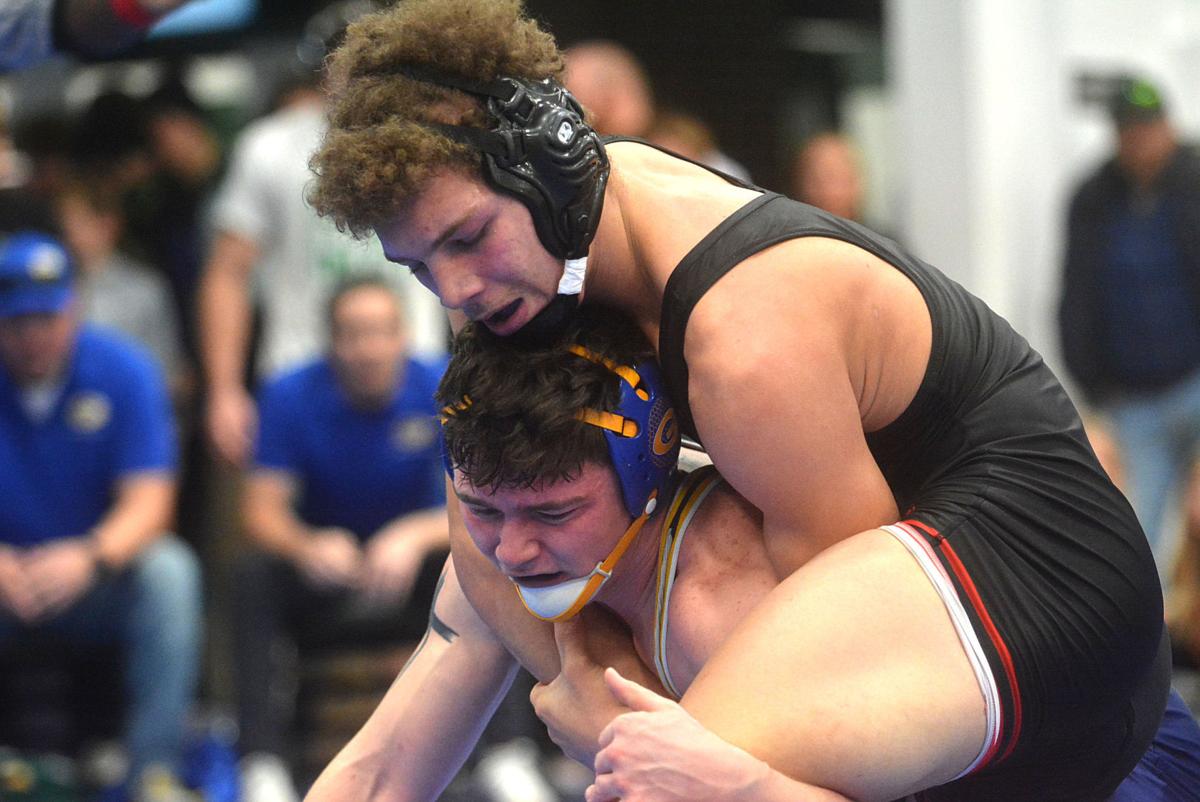 David City senior Tre' Daro fights to maintain control of Gering's Jacob Awiszus in the 182-pound title match at the Manstedt Invite on Saturday in Columbus. Awiszus, the top-ranked wrestler in Class B, handed Daro his first loss of the season.