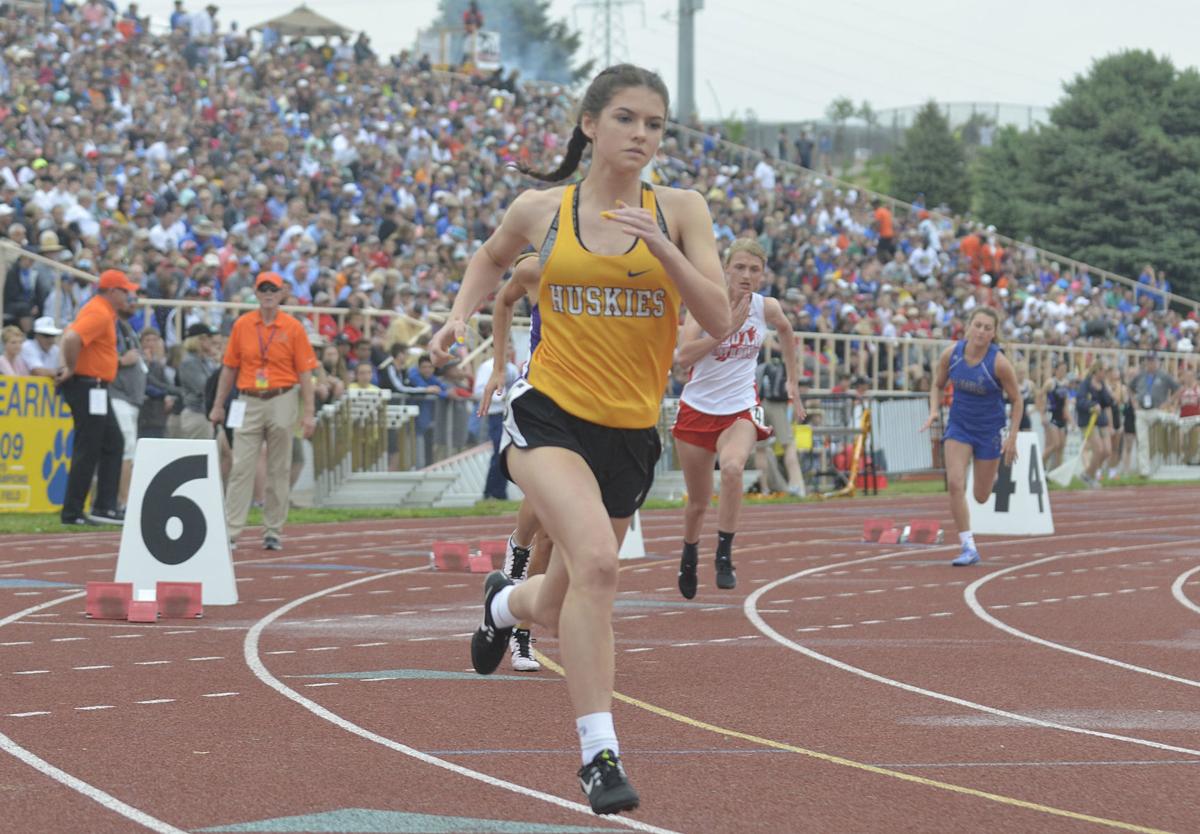 Shelby-Rising City's Allison Nekl takes off from the blocks during the 400-meter dash at last year's state meet. 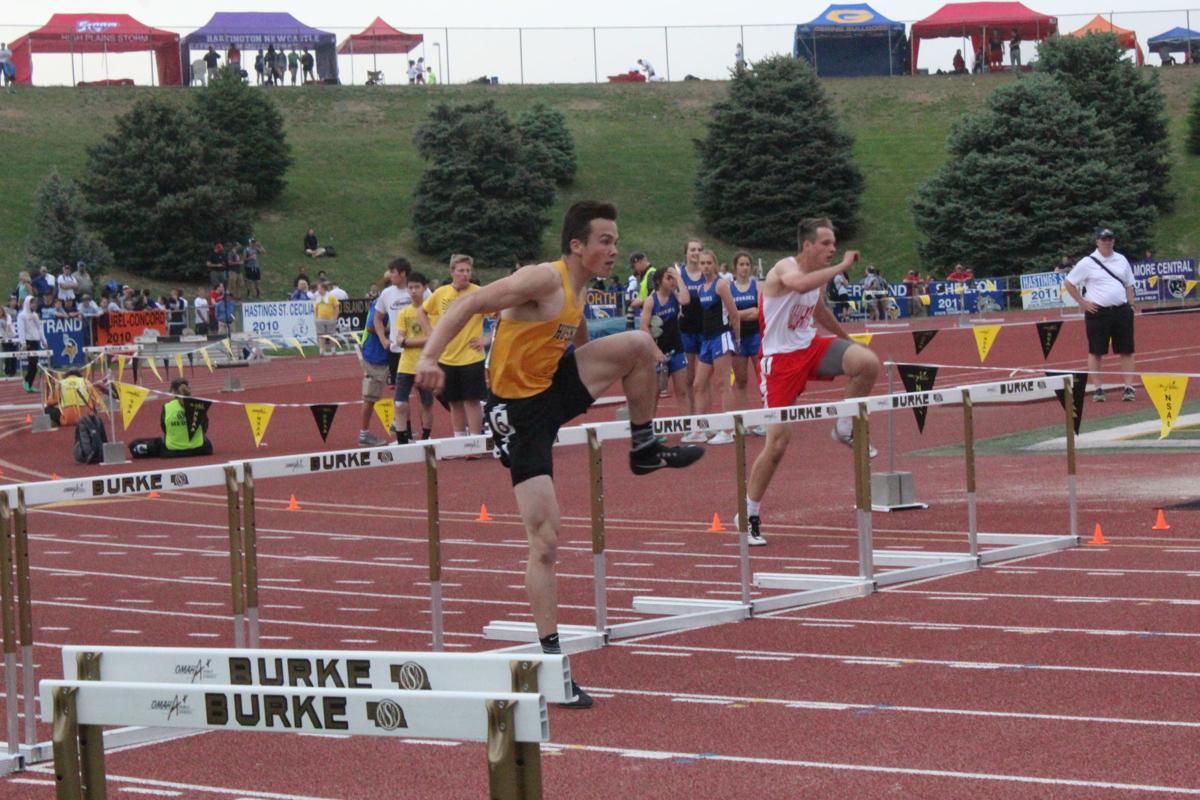 Shelby-Rising City senior Grant Lindsley runs in the 300-meter hurdles at state as a sophomore.

Shelby-Rising City track had nearly 37 athletes out for track in 2020 - a large contingent in Class C considering SRC is near the middle of the pack in enrollment among Class C schools.

The Huskies were hoping that meant strength in numbers and felt that they would be competitive in most meets.

The boys tied for fifth at the state meet a year ago while the girls won two medals. Rising up the team rankings later this month in Omaha will now have to wait another springtime. For seniors, there's no such hope. For others who put in a tremendous amount of work to be ready, all that time and effort can inspire frustration.

"Disappointing a little bit with the situation," head coach Jimmy Blex said. "It’s been a little bit of adjusting on the fly. We went from having all these workouts planned to sitting around and waiting. I just feel bad for those seniors and kids that have worked hard all year and had the opportunity unfortunately taken away from them. I just kind of feel for those guys."

Blex was entering his first year of head coach at SRC after four years at Cambridge. Cambridge is also a Class C program. Blex's program in 2019 included a girls triple jump state runner-up.

Taking over at SRC, Blex had high numbers and several individuals to rely on.

Senior Grant Lindsley was the lone senior on the boys squad and had high hopes entering this season. Lindsley ran on SRC's 1600 state relay last season and had the ability to be a regular medalist in the both hurdles and jumps.

Blex was also looking to Hunter White in the hurdles, relays and triple jump. Colin Wingard was successful in the discus last year, and Peyton Silva showed potential in multiple events.

On the girls side, Allison Nekl in the 400 and 300 hurdles, and Kamryn Pokorney in throwing events, would have most likely been the top scorers.

Freshman Liberty Baker was thought to be able to make an immediate impact in the hurdles and perhaps find her way into field events.

The two areas that seemed to be thin were in distance events and pole vault.

Through the first couple of weeks of practice, hopes were high.

"They were excited and energetic," Blex said. "Obviously, it’s my first year with them, and they were learning some new things on the go. We have more kids out than we usually have out. We had high numbers. There was good energy, and the kids were practicing hard. I feel for them with all this stuff going on. It’s kind of for naught."

And it wasn't just hope the Huskies were relying on. Blex said the team was buying into his vision for the program and ready to put in the hard work necessary.

"They had good energy," he said. "They were receptive. They were there to work hard. In the first two weeks, we had a lot of energy and a lot of enthusiasm to get the season started.

"They were building up. We had an indoor track meet that week when everything got cancelled. Kids were excited to go out and compete and get the competition phase stated, but unfortunately, we couldn’t do that."

Shelby-Rising City's Allison Nekl takes off from the blocks during the 400-meter dash at last year's state meet.

Shelby-Rising City senior Grant Lindsley runs in the 300-meter hurdles at state as a sophomore.