Nestled in a corner along Colfax Street in Schuyler is an expanding community garden that has donated more than 2,000 pounds of fresh produce so far this year.

The Schuyler Community Garden is a part of the Growing Together Nebraska project in which Extension Master Gardeners and local volunteers manage donation gardens to help improve access to fresh food.

“Our main goal is to decrease food insecurity in our community, as well as providing fresh produce which is nutritious,” said Schuyler Community Garden Committee member Sheri Balak.

As of the garden’s end-of-season celebration held on Oct. 6, 2,300 pounds of produce had been given to the Colfax County Food Pantry, Colfax County Attorney’s Office, Mobile Food Pantry and Clarkson Housing Authority for distribution to families in need.

“As soon as we hit 2,000 I was pretty impressed because it’s just about double what we did last year,” Balak said.

“It’s an expense they don’t have then, hopefully for a couple of days, (include) in their budget,” Gengler said. “They do an amazing job at the garden and people look for that produce every week.”

Gengler noted food pantry officials give out the produce generously so that none is leftover.

“I think people come and they’re there waiting in line so that they know that they get fresh produce,” she added.

Colfax County Attorney Denise Kracl said that with the portion of produce that her office receives from the Schuyler Community Garden, staff members call families to see who is in need or sometimes families stop by the office because they know she works with the food pantry.

“Depending on their circumstance, the fruits and vegetables are either delivered or they’ll come to our office and pick them up during working hours,” Kracl said, noting that the fresh produce is preferred over the canned alternatives.

In 2020, more than 1,000 pounds of produce had been donated to the Colfax County Food Pantry, the Schuyler Sun reported in April. The group last year had also received a $2,000 grant through the Nebraska Extension’s Supplemental Nutrition Assistance Program-Education funding.

“Raised beds were built by students at the high school and they are new this year, that was part of our grant money,” Balak said. “We have planted some perennials here.”

A portion of the garden is maintained by Schuyler Community Garden Committee members. The community plot this past spring saw tomatoes, peppers, zucchini, butternut squash, cucumbers and green beans, just to name a few. The raised beds contained – or still contain – raspberries and strawberries, Balak noted, and there is a short variety of sunflowers and some rhubarb.

“We get a lot of comments from the community about the beauty of the garden,” Balak said, adding that zinnias had been planted on the east, west and south sides of the garden.

Last week the committee had been removing the spring crop vegetation to make way for the planting of fall produce.

“We have been utilizing some of our (local) FFA students and they came out last night to start pulling out some of our vegetation,” Balak said on Oct. 6. “Their time is limited because they only have after football practice and before dark.”

Kracl said she likes to see students helping out at the garden.

For the group’s fall crop so far, committee members have replanted lettuce and radishes. There is also asparagus in the garden, which will be harvested in about a year or two, Balak noted

“The rest of it (plots) is registered to individuals and they are responsible for the care and the harvesting of their own,” Balak said.

Balak said the committee held a registration day at the Schuyler Public Library earlier this year, which helped bring in some new gardeners. There may be another one held at a later date, she added.

The community garden’s donations appeared to be especially beneficial amid the COVID-19 pandemic.

Kracl said the demand seen by her office has remained the same but there’s still quite a few people at the pantry.

Although the number of residents utilizing the food pantry has decreased, it’s still higher than what officials are used to seeing.

“Our numbers have dropped quite a bit since last summer – last summer was a whole other ball game – but we still serve significantly more people than prior to COVID because I think now they know where we’re located and that we’re able to help,” Gengler said.

South Park in Schuyler filled with community members and traditional food and music on Sunday in celebration of Hispanic Heritage Month.

To help improve Spanish speakers’ literacy in Schuyler, new classes are being held to help attendees learn to read and write in Spanish. 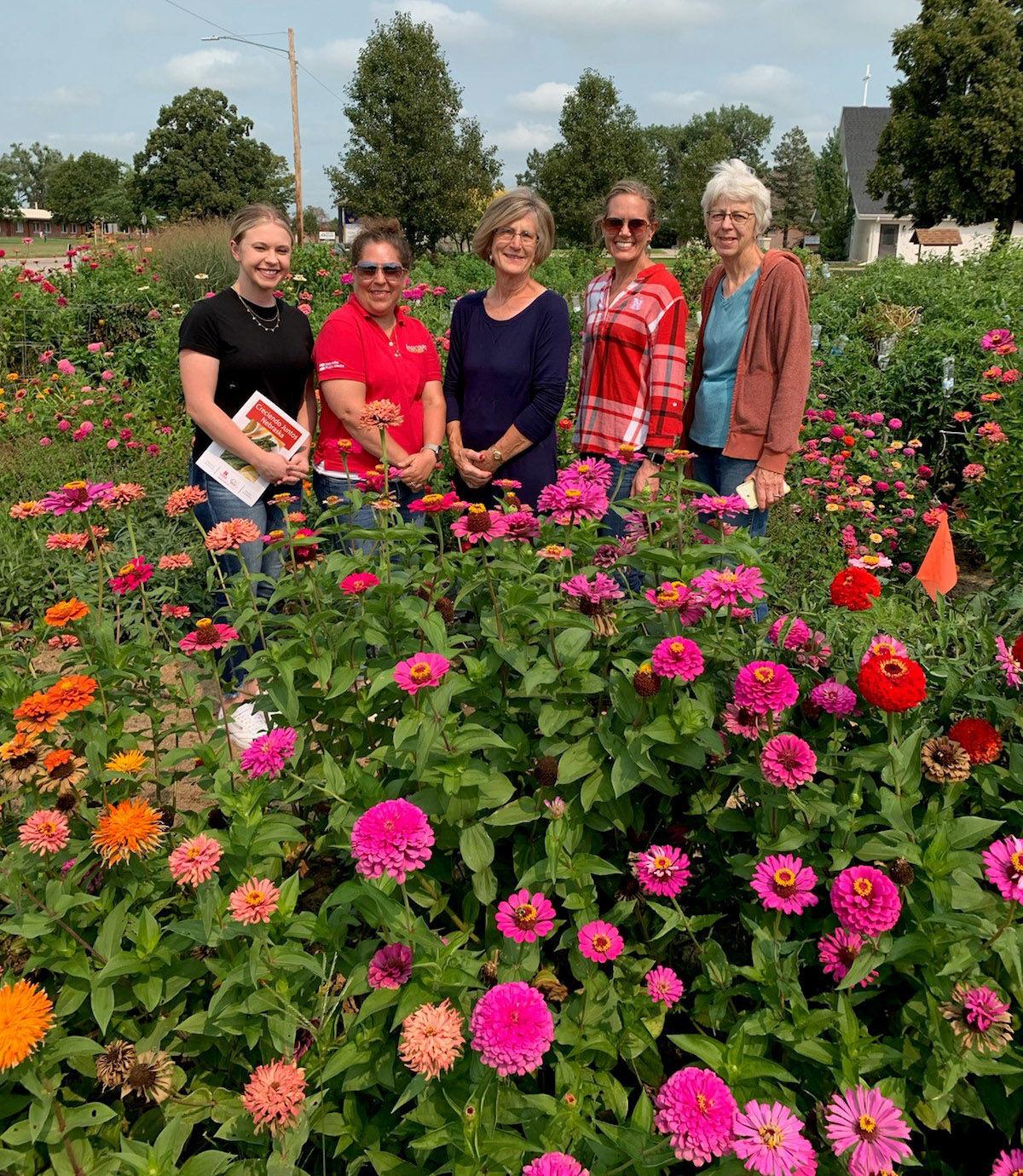 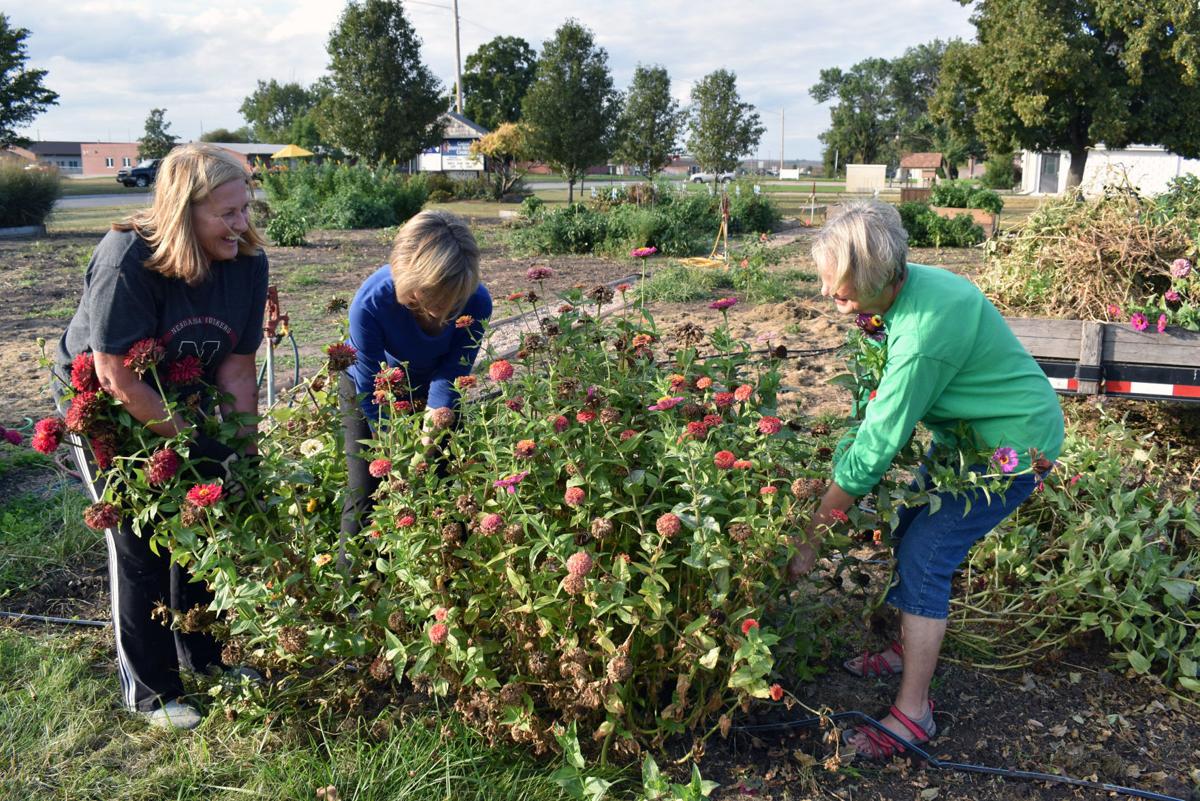 Schuyler Community Garden Committee Members Marlene Hartman, left, Joyce Baumert and Sheri Balak pull out vegetation from the garden's spring crop during an end-of-season celebration held Wednesday, Oct. 6. As of that day, 2,300 pounds of fresh produce had been donated to local organizations to distribute to families in need.