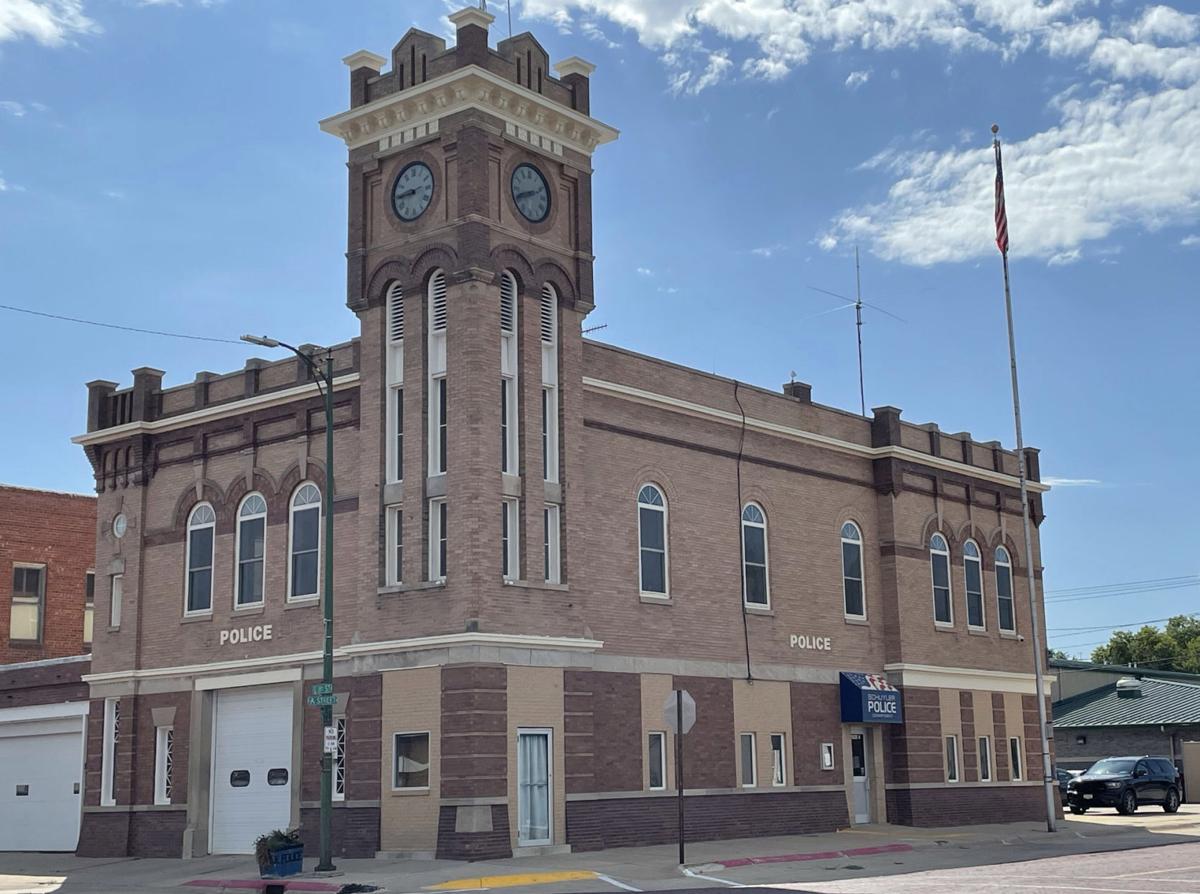 The Schuyler Police Department sits in downtown Schuyler in August. The city is considering issuing bonds to renovation and build an addition to the police station. 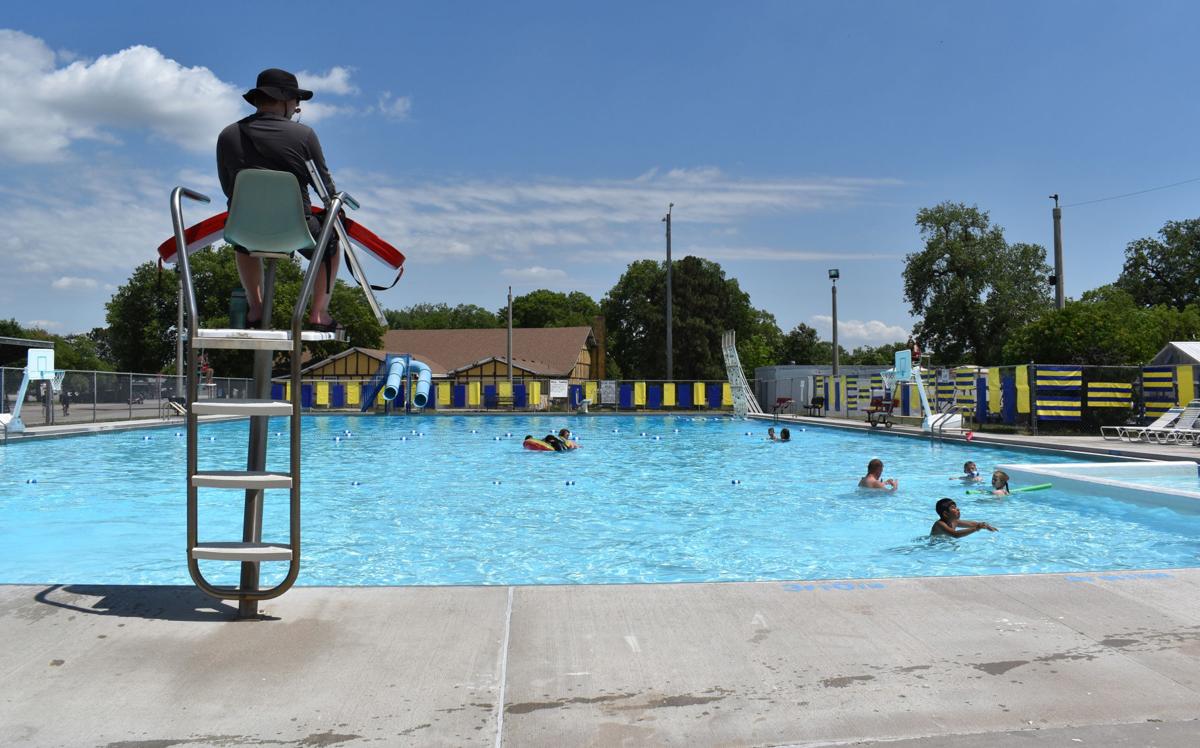 On June 20, the Schuyler Municipal Swimming Pool had some patrons enjoying the amenity. The pool is around 85 to 90 years old and city officials are considering issuing bonds for a pool renovation or rebuild. 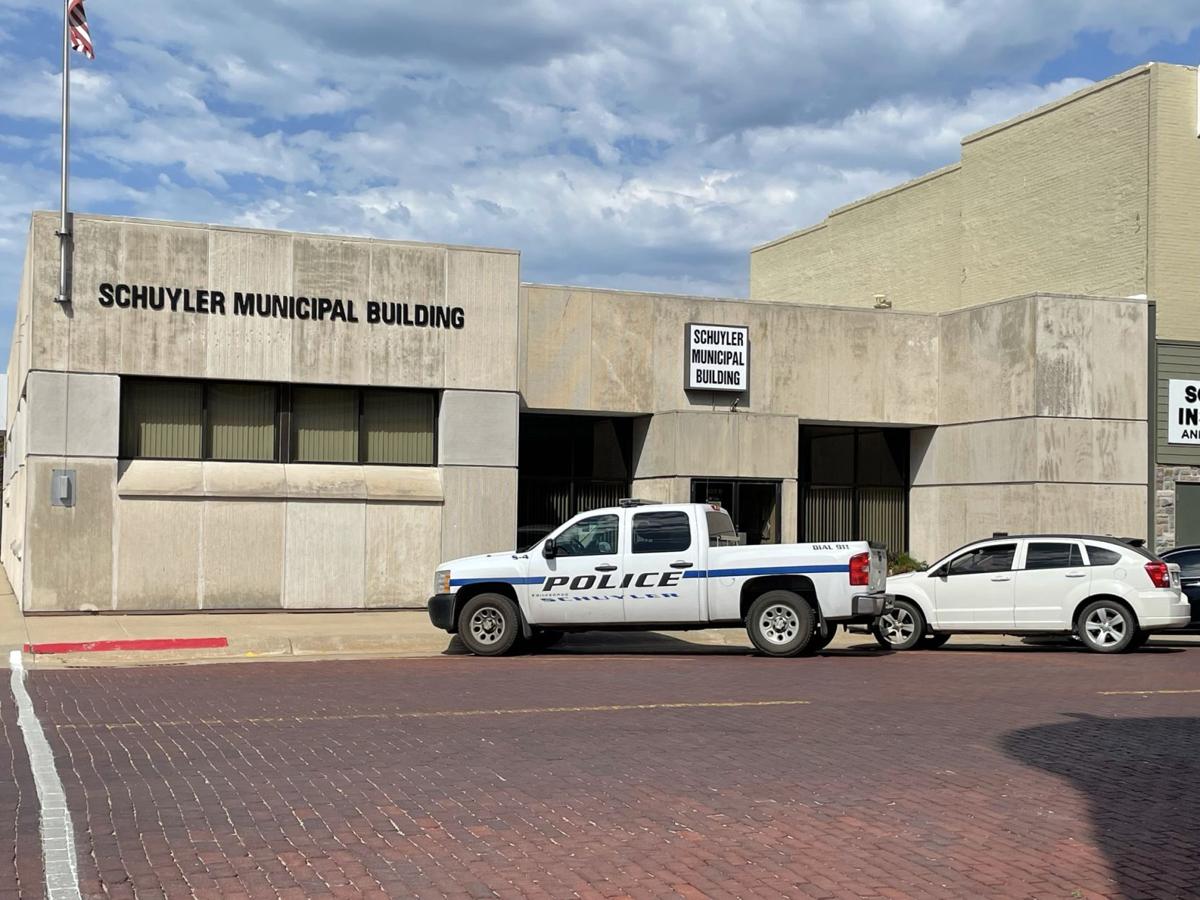 The Schuyler Municipal Building as pictured in August. The city of Schuyler is considering the issuance of bonds which could fund street improvements in the downtown.

Schuyler officials indicated last week a desire to make a decision soon on the issuance of bonds for city improvements.

During a Schuyler City Council study session held Nov. 9, council members heard bonding options and looked at rough estimates for three potential projects: renovation of the police station, renovation or rebuild of the city’s pool and downtown street improvements. City officials have previously discussed possibly issuing $10 million in bonds for some or all of those projects.

Schuyler Police Chief Robert Farber said there are challenges with the age and structure of the current station and security issues, such as three garage door bays which require a lot of attention to monitor.

There is only one interview room, which isn’t soundproof, and the entryway area only seats about four people.

“We don't have the capabilities to do a lot of things at once,” Farber said.

There is space available on the second floor, he noted, but having visitors upstairs would require having personnel there to monitor and watch them. The department doesn’t have enough staff for that, he added. The second floor also has some water damage that will need to be repaired.

Additionally, evidence is stored upstairs but it’s not very secure, Farber said, and there is a lack of proper ventilation in the building and a lack of a break room for officers.

Employee wellness is a concern for Farber as it’s difficult for smaller cities to recruit and keep police officers. Some agencies have locker rooms and other amenities, such as a weight room.

“Employee wellness and their work environment becomes important if you can't get into a salary bidding war with Omaha and Lincoln,” Farber said.

Steve Parr of JEO Consulting provided a potential cost option for an 8,740 square foot renovation of the existing building plus a 1,660 square foot addition that would be directly south of the station. The potential cost estimate would be $2.1 million for both the renovation and addition, Parr said. But this number could change as plans move forward.

Terry Meier with JEO talked about potential funding sources outside of the issuance of bonds, including a United States Department of Agriculture Rural Development and the U.S. Department of Justice. But, Meier noted, those are competitive programs and, as such, not a guarantee for funding.

The Schuyler Municipal Swimming Pool is around 85 to 90 years old, as noted during the Nov. 9 meeting, and is in bad need of a new floor.

Also, Dave Henke of JEO pointed out, it’s not compliant with ADA standards. Henke provided a potential cost estimated for pool renovations, which included a new floor and ADA-compliant steps into the pool itself. The city could also choose other options with the pool remodel, such as redoing the bathhouses to make them ADA compliant as well.

JEO also presented tentative numbers to completely rebuild the facility but, as noted during the meeting, the new pool would be quite a bit smaller than it is now.

The potential cost estimate for the pool renovations would be $1.8 million with the rebuild possibly at $3.65 million, but those figures are subject to change.

Outside of bonds, Meier said, funding sources could include a financing plan through the Department of Economic Development and the Land and Water Conservation Fund available through the Nebraska Game and Parks Commission.

The City of Schuyler is receiving about $1 million from the Coronavirus Local Fiscal Recovery Fund but Meier noted the city would need to prove a loss of revenue to be able to use those monies for the pool. Entities who accidentally use COVID dollars for a project that don't fit requirements may have to pay those monies back.

“I would hold off and let other communities make that mistake or show you how they did it … rather than you blazing the trail and having to pay those grant funds back,” Meier said.

It would be a “complete tear out,” Parr said, with new storm sewer, sidewalks, curbs and concrete paving. Because the downtown is a historic district, the city would need to keep the brick pavers.

“It's not inexpensive,” Parr said. “A part of it is the brick pavers because that's tearing everything out, building a concrete base and then putting those pavers back. That's pretty labor intensive.”

Austin Partridge and Craig Jones of First National Capital Markets, a broker-dealer company, explained the different bonds that would be available to the city depending on which project officials want to proceed with.

For example, a paving district could be established so the city could issue general obligation paving bonds and public safety bonds could be used to fund the police station renovation.

A public vote may not be required depending on which bond issuance the city proceeds with.

Mayor Jon Knutson noted at the end of the Nov. 9 study session that city officials had a lot of information to review before making a decision.

“The council probably will meet, in my vision, one more time to give thumbs up or thumbs down to two or three areas,” Knutson said.

City Administrator Will De Roos told the Schuyler Sun on Nov. 15 that the Schuyler City Council will further discuss the matter at its Nov. 16 meeting and that a second study session will be scheduled if needed.

Hannah Schrodt is the news editor for the Schuyler Sun. Reach her via email at hannah.schrodt@lee.net.

Getting back to business: Colfax Theatre officially reopens

The Colfax Theatre is getting back into the swing of things.

The possibility of the City of Schuyler and Colfax County collaborating on a new law enforcement center is still in its infancy stages.

Christmas kicks off at Schuyler

The holiday season has officially arrived in Schuyler.

Whether it’s giving to veteran causes, organizing fundraisers or just lending a hand to someone in need, Jerry and Rose Mundil can always be s…

The Schuyler Police Department sits in downtown Schuyler in August. The city is considering issuing bonds to renovation and build an addition to the police station.

On June 20, the Schuyler Municipal Swimming Pool had some patrons enjoying the amenity. The pool is around 85 to 90 years old and city officials are considering issuing bonds for a pool renovation or rebuild.

The Schuyler Municipal Building as pictured in August. The city of Schuyler is considering the issuance of bonds which could fund street improvements in the downtown.