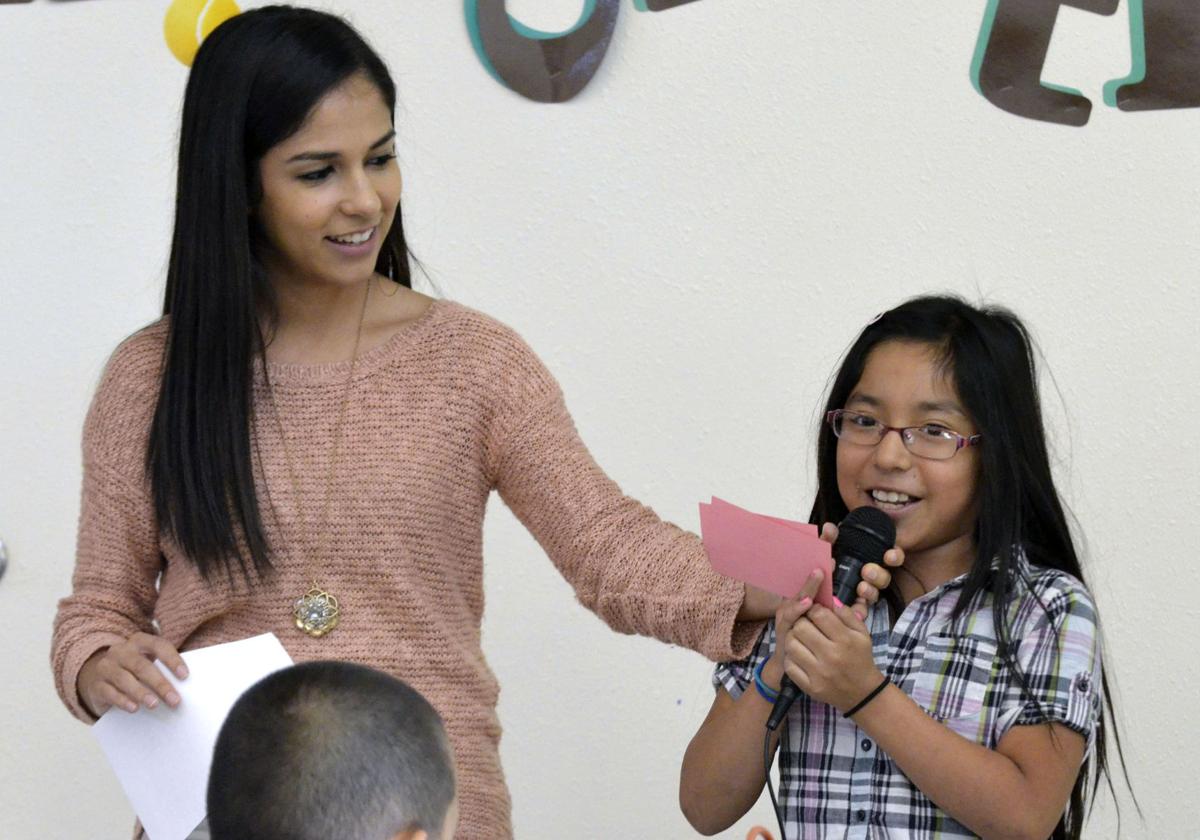 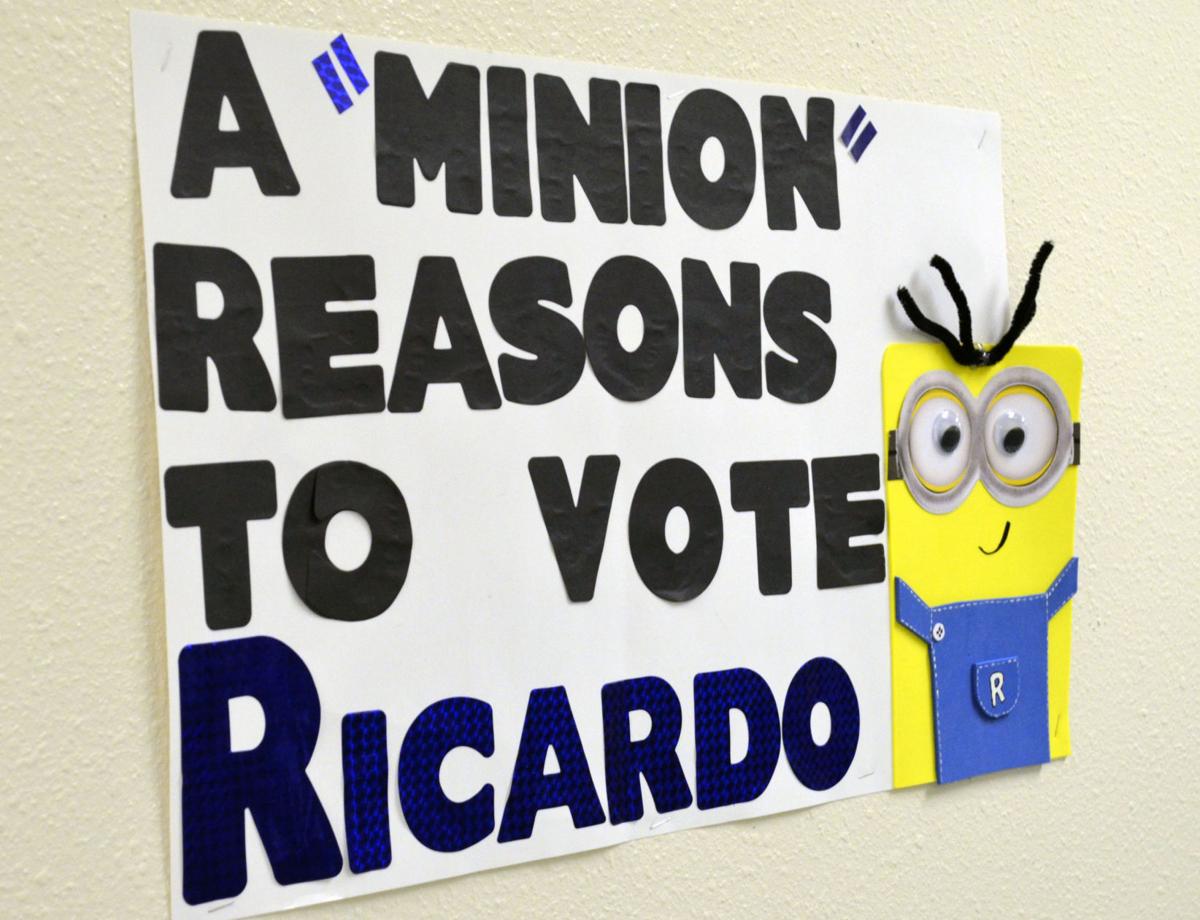 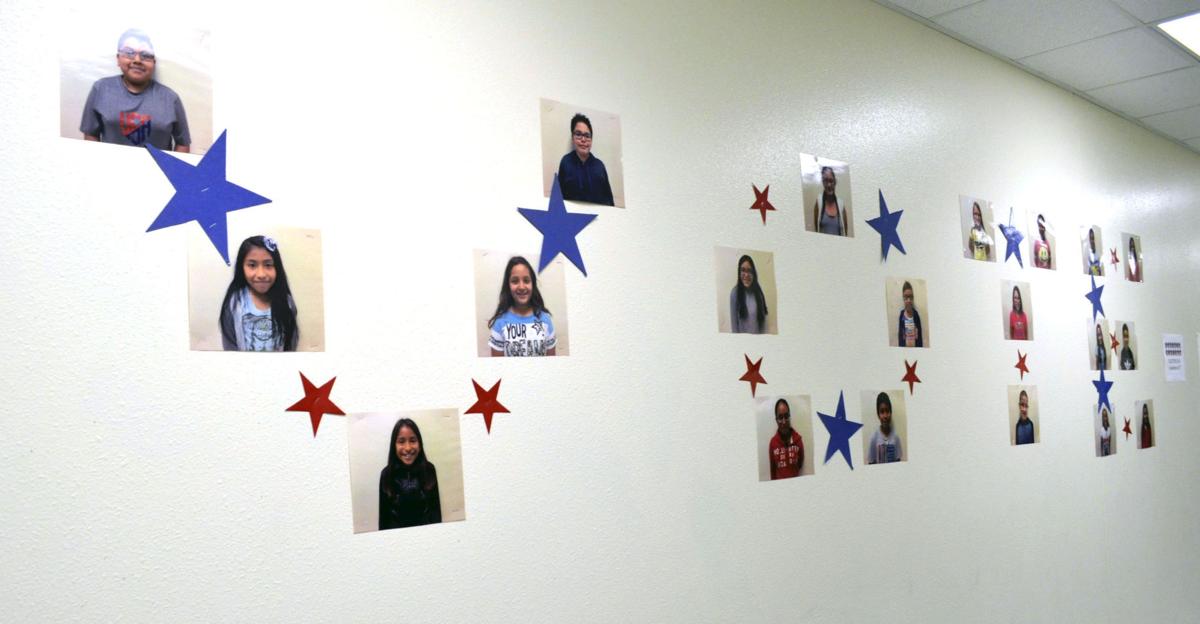 Pictures of the students running for student council spell out "Vote" in the hallway of Schuyler Elementary School alongside the candidates' campaign posters.

It’s election season, not just for the U.S. but also at Schuyler Elementary School.

During Monday's lunch, 20 fifth-graders gave pitches to their peers explaining why they should have one of eight positions on the newly formed student council.

Unlike the race between Donald Trump and Hillary Clinton, these speeches focused on kindness and positivity.

With so many candidates and so little time, their speeches quickly got to the point. Some students talked about what they would do if they were elected to the council.

“I will make a suggestion box,” said Oscar Carvajal. “And I will try to make our lives healthier and safer.”

Some saw the new council as a chance for students to have a say in how the school is operated.

“I am running for student council because I want to be a voice for my fellow classmates,” said Sierra Zelasney. “I want them to come to me with their ideas and opinions.”

“I will be honest, caring and I will listen to what you have to say,” said Gaby Acosta.

Some said they want to make school more enjoyable for everyone.

“I know a lot of you guys wake up with a frown on your face,” said Jessica Ortega. “Well, I want you guys to wake up in the morning with a smile. I want to turn your frown upside down.”

Other candidates focused on their personal qualities.

“Vote for me because I am a good friend. I play nice, I play fair; I let other kids play with me. I don't bully. I help others and I don't make fun of people,” said Gordy Eggleston.

“I am ready for student council,” said Yessica Garcia. “I am talkative and positive and also a hard worker.”

In addition to their speeches, students made campaign posters and some came up with catchy slogans.

Perez’s slogan was “Let’s all be awesome together.” Morales came up with “Never give up and be positive.” And Ricardo Rosas’ poster showed a Minion from the movie “Despicable Me” with the slogan “A Minion reasons to vote for Ricardo.”

Ingrid Rodriguez spent two years teaching fifth grade at Schuyler Elementary before becoming a school counselor. Rodriguez said she decided to form a student council to give fifth-graders a chance to develop their leadership skills.

For some, that was the reason they decided to run.

“This year I thought I could make a difference,” Rosas said after his speech. “So then later in my life, in case I want to do something big and be somebody's leader, I could possibly start small and easy.”

Carly Wemhoff also saw the student council as a chance to gain some experience for her future career.

“I always wanted to be a teacher when I grow up, so this is kind of like being a teacher because I get to help make important decisions for the school,” she said.

“This will help influence other students, not only in fifth grade but lower grades as well, to strive to be leaders and to focus on the mindset that we are all in this together — the entire school as a whole — so we need to all work as a team to help one another make the school a great place to learn,” Rodriguez said.

Pictures of the students running for student council spell out "Vote" in the hallway of Schuyler Elementary School alongside the candidates' campaign posters.