This year’s Colfax County Fair made history twice: It was the fair’s 100th year and the first time Colfax County had two farms recognized as a Heritage Family Farm.

Each year, the Aksarben Foundation gives two types of awards – Pioneer Farm Family and Heritage Farm Family – to farm families who have consecutively held ownership of land in the same family, 100 years and 150 years, respectively.

Colfax County is no stranger to the Pioneer Farm Family Award, as farmers have been recognized for it since 1962; the last award was given in 2017, according to the Aksarben Foundation’s website.

The conclusion of this year’s fair saw the Klitz and Novotny farms being recognized as Heritage Family Farms on July 18.

Robert and Debra Klitz, along with their daughter, son-in-law, and grandchildren, were the first to accept their award. The Klitz farm was established in 1871.

“They are from Dodge, and their land is in the Lincoln Township,” Janousek said. “There's 120 acres. They raised corn, soybeans, hay, cattle and hogs.”

These days, Debra told the Sun following the presentation, the farm is focused mostly on grain. Her son, Dustin, is set to take over the farm. He was unable to attend the festivities on July 18.

“We are just grain farmers, corn and beans,” Debra said. “We used to have livestock and everything but we went away with that.”

Receiving the Heritage Family Farm award is quite the distinction, she noted.

“It was an honor because these two farms were the first 150 farms in Colfax County,” Debra said.

“It was nice and we're happy,” Robert added.

The Novotny family farm was established in 1871 by Frantisek and Marie Novotny. The farm is 80 acres and is located in Adams Township, Janousek said during the awards presentation, and the current owner is Sandra Novotny of western Virginia.

Christie Schulze, the great-great-granddaughter of Frantisek and Marie, traveled from Aurora to accept the award on behalf of her family. She was accompanied by her husband, Jay.

“It's an honor and that's why we came to accept it,” Christie told the Sun after receiving the award.

“This year was overall the best,” he added. “We also had more stuff going on and Mother Nature was very helpful.”

Bruhn noted that the events on Friday, July 16, especially drew in a large crowd because of the tractor pull and performance from country music artist Dylan Bloom. The band BlackHawk closed out the last night of the fair on Sunday, July 18, which also attracted a lot of people, he added.

Janousek said before the Heritage Family Farm Awards presentation that an interesting coincidence was discovered while digging through the Ag Society’s archives.

“…The very first president of the Colfax County Ag Society was a man named George Bruhn and 100 years later, we have another Bruhn,” Janousek said.

Brad Bruhn told the Sun on Monday that he doesn’t believe they are related, despite having the same last name and both being from Leigh. Bruhn, who now lives in Clarkson, said he’s been involved with the Ag Society for 16 years.

“It's a very exceptional year,” Bruhn said, of the 100th Colfax County Fair.

Amid an increase of COVID-19 cases, health officials in Schuyler are encouraging residents to take precautions against the coronavirus.

Due to its efforts to improve employee wellness, the Schuyler Community Schools District has received a 2021 Governor’s Wellness Award.

For many Nebraskans, life during the pandemic slowed down. But not in Schuyler. During the past year, Schuyler residents teamed up with Rural …

Colfax County Board debates 30 by 30 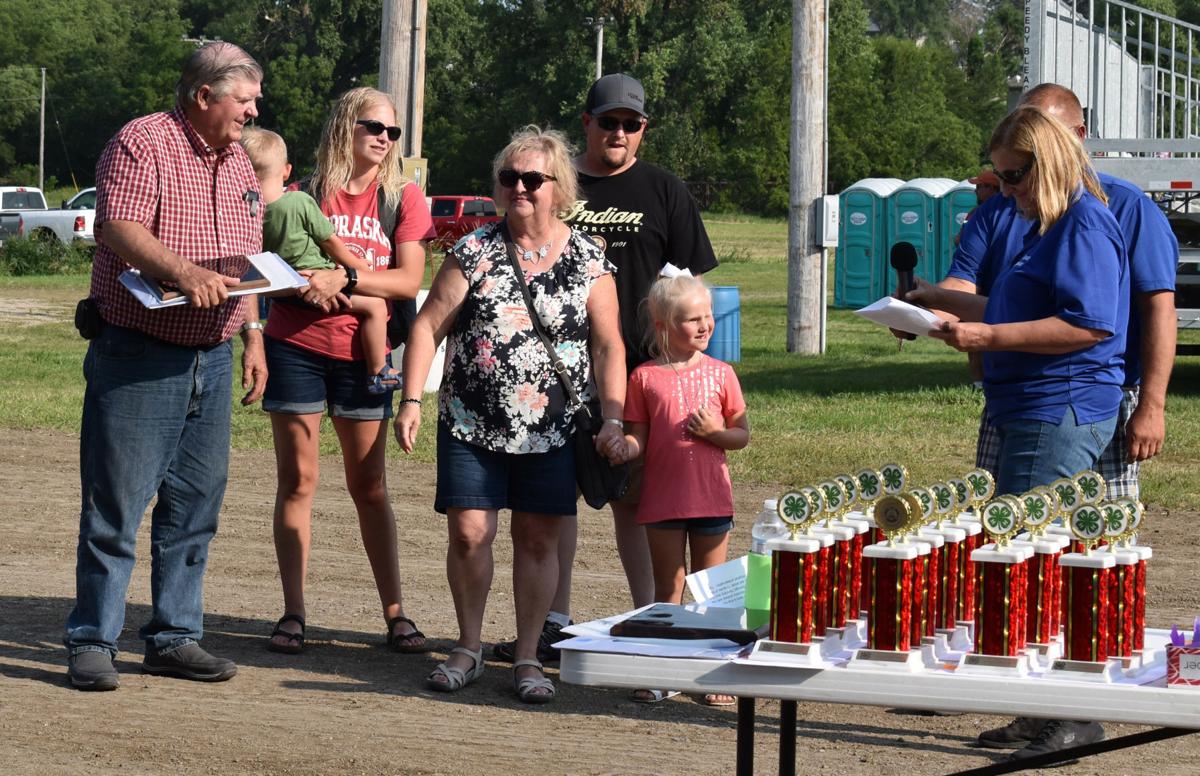 Robert Klitz, far left, and his wife, Debra, center, receive the Aksarben Heritage Family Farm Award while Colfax County Ag Society Secretary Penny Janousek, far right, explains that their farm has been in the Klitz family since 1871. Robert and Klitz are pictured with their daughter, son-in-law and two grandchildren during the Colfax County Fair on July 18. 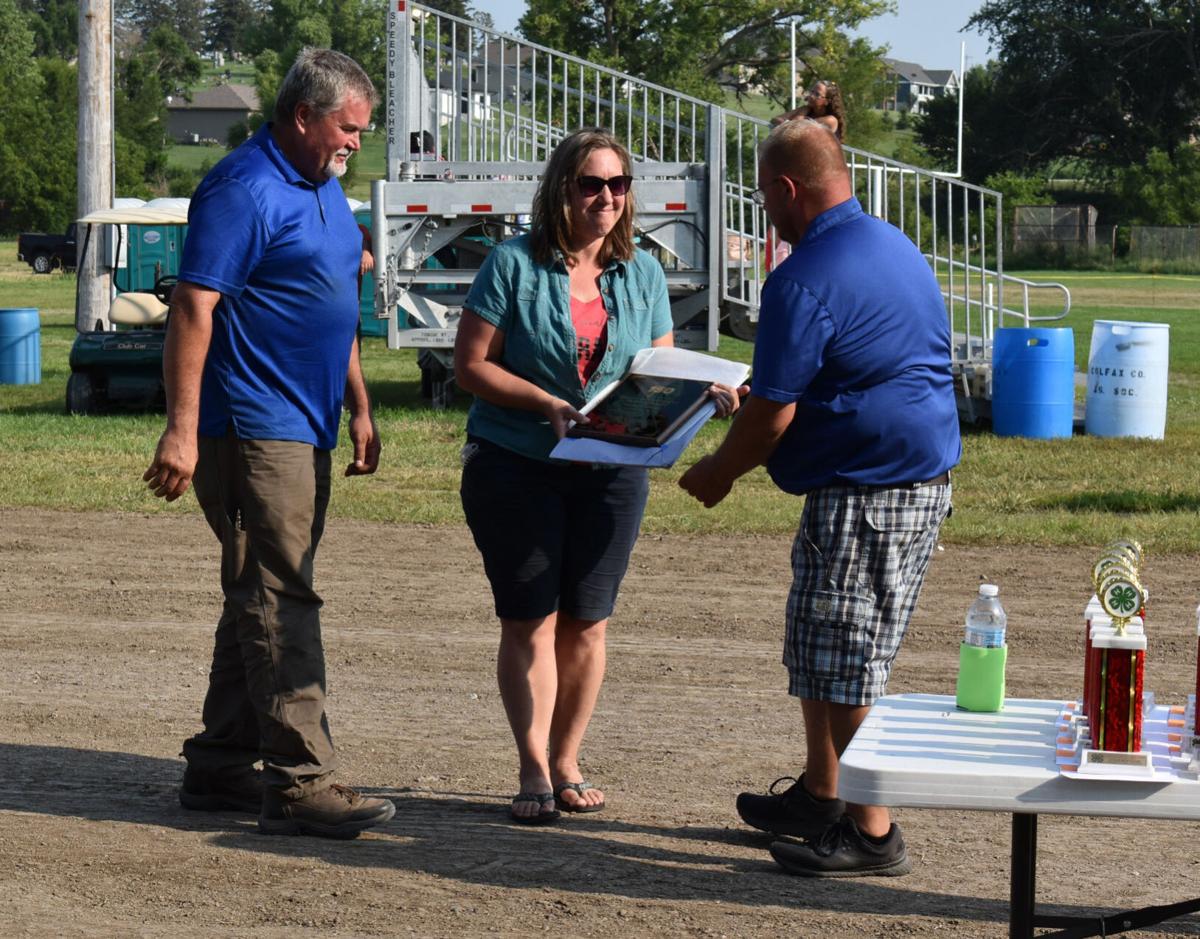 Christie Schulze, center, and her husband, Jay, accept the Aksarben Heritage Family Farm Award on behalf of Sandra Novotny during the end of the Colfax County Fair on July 18. The Novotny farm has been in the family for 150 years; Christie is the great-great-granddaughter of Franz and Marie Novotny, who established the farm in 1871.