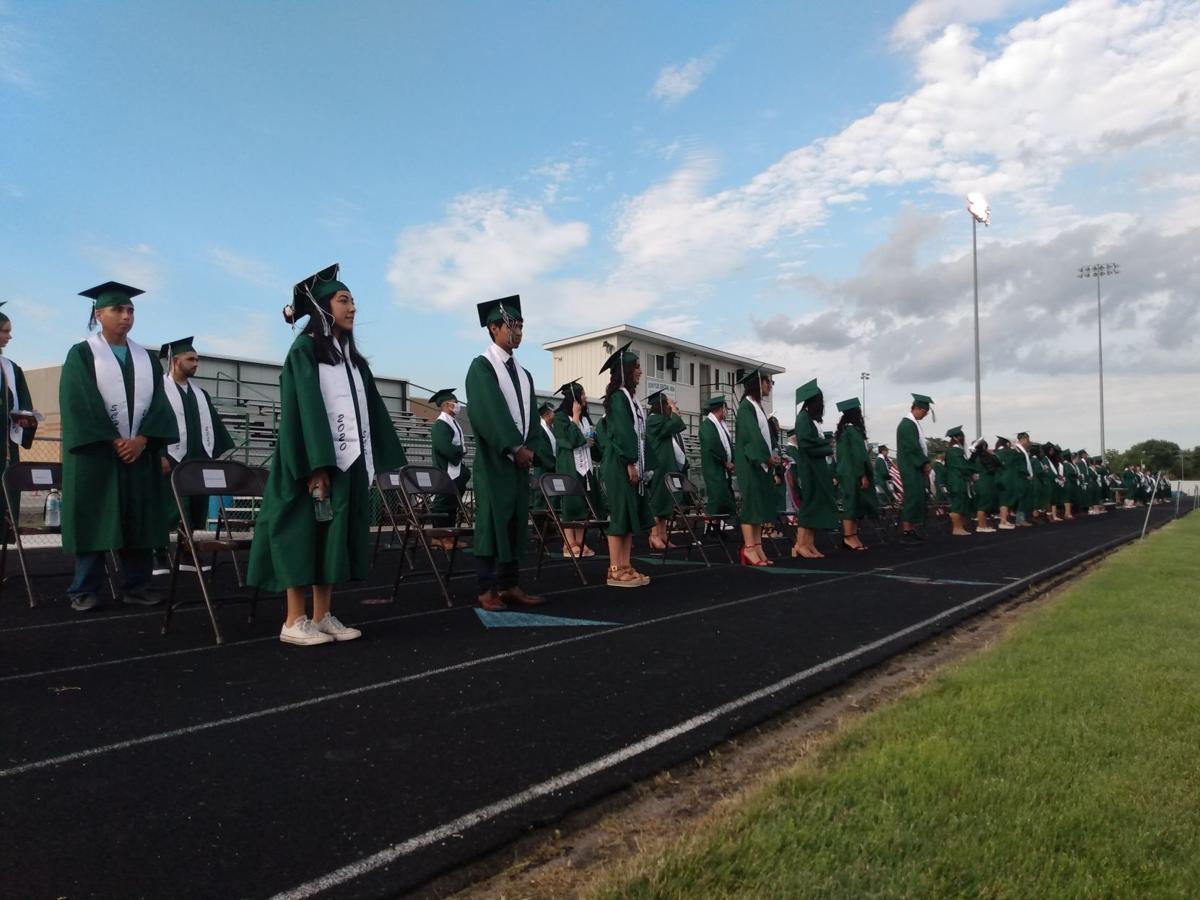 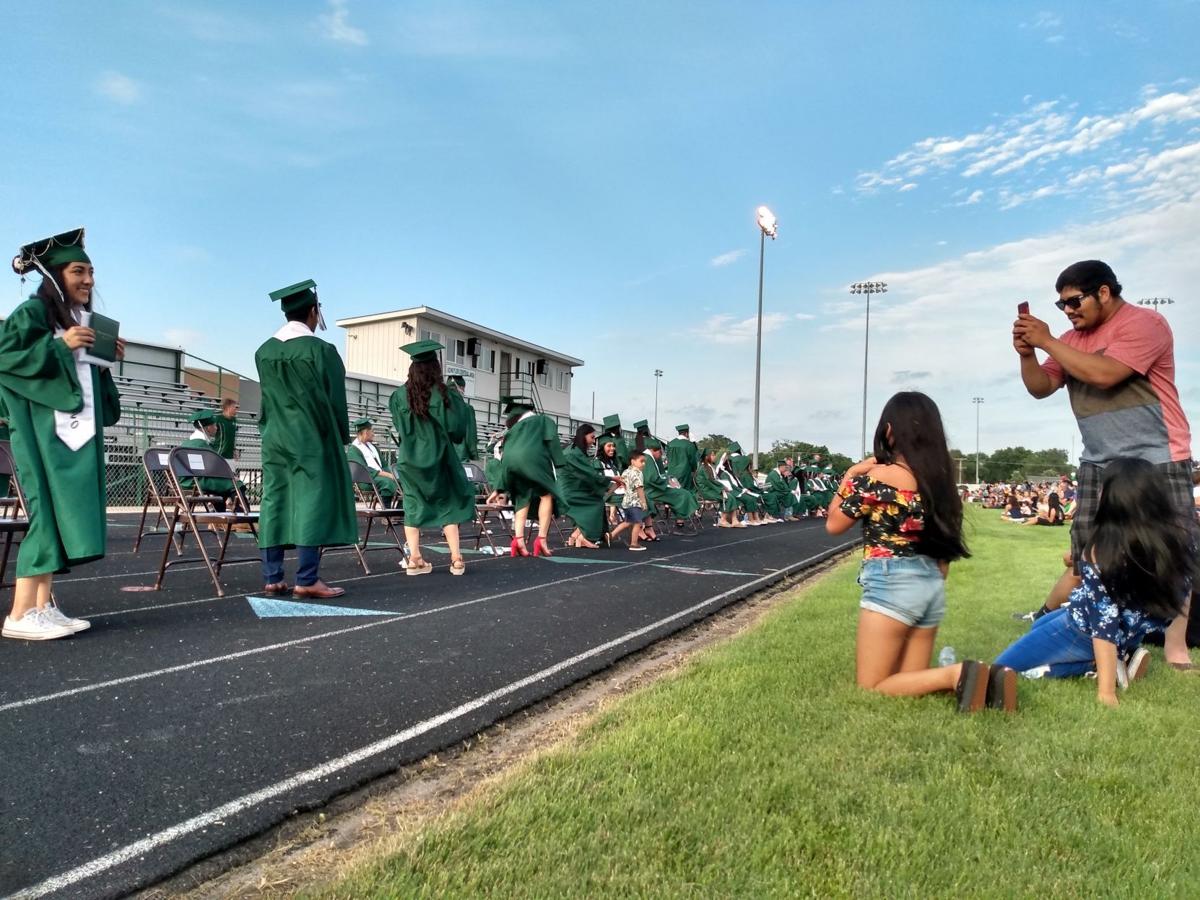 For Nicole Taylor, music teacher at Schuyler Elementary School, the students who graduated from Schuyler Central High School on Saturday have a piece of her heart after she had most of them K-fifth grade.

It was a year that ended without a lot of closure, where Taylor didn’t get to say a proper goodbye to most of her fifth graders who are moving on to middle school. But, more than 100 students and their families got to have a somewhat-normal end to the year.

“This is their moment to shine and I’m so grateful they were able to have it,” Taylor said. “They deserve it.”

The graduation took place in the high school football stadium. Under a blue sky and a wide sea of families lounged, some sitting in the grass, others in chairs they brought, others standing. A baby crawled toward the track where the graduates sat in rows of green robes.

“This class had a unique start,” said Schuyler Community Schools Superintendent Dan Hoesing at the ceremony.

The seniors were born around 9/11, he said, and have never known a world without constant war and terror. They are graduating amid a global pandemic.

Before the ceremony, Hoesing said they moved the date up from August since some students joining the military have to quarantine for 14 days before leaving and other students are leaving for college early.

“These kids have waited a long time. I’m glad we finally got a date set and got it approved. We’re ready to move forward, tie up some loose ends,” Hoesing said. “It’s different; it’s not the way that we would normally do it. We’ll have recorded music rather than the band playing. We can’t have the band play yet. We won’t have singing by our kids.”

They also put in an honors program as they had to cancel the traditional honors and awards night.

Originally, the graduation looked like it wasn’t going to happen with the scheduling but then they managed to put it on, said Taylor.

Maria Ortega, who noted she was there for her niece Estrella Aguirre, said the day was very good.

“It’s an achievement for the students. She was sad because she wanted her graduation and when they weren’t doing it, she was (upset) ... when she learned they were going to do it, she was very happy,” said Ortega (translated from Spanish.)

“She was very excited,” Lopez said, translated from Spanish.

He said she is going to college next.

The students sat apart from each other in folding chairs in front of the bleachers. Each came up to get their diploma and walked back to their seats while their families took photos and in a few cases came up to hug them.

Some parents directed the photos, saying things like “take your diploma out of its bag” (translated from Spanish), to varying degrees of success.

Some students wore their green graduation caps normally while others decorated theirs like one cap featuring the Mexican flag and another split between green white and red, the colors of the Mexican flag.

The split cap had a message on it.

“Thank you mom and dad for your sacrifices”, (translated from Spanish), read the first part of it.

Addison and Allison Vavricek walked into a building with sheep, including one wearing a Hawaiian-shirt-patterned blanket. Later, they trudged …

Last December, Steve Avery recalled a mutual friend stopping by his office with some news – Schuyler was looking for a restaurant.

Cash Fehringer and his mom, Kim, didn’t realize his exhibits at this year’s state fair would be judged, so they were surprised when he claimed…

There seems to be some contention regarding a house in Schuyler between the City and a father-son rental business that wants to save it.