Editor’s note: Leaders of Tomorrow is a series in which the Schuyler Sun features youths in the Colfax County community who lead by example and make a positive impact on those around them. It will be published every other week.

Involvement has been a big thing for the senior leaders at Schuyler Central High School, but Colin Gibbons takes it to a different level.

Colin, an Eagle Scout and senior patrol leader in Schuyler's boy scout troop, is involved in band, speech, choir, One-Act (theater), Math and Science Club and National Honor Society, all in his senior year of high school. One-Act and speech, Colin said, he wasn't sure he wanted to join, but once he was in, he was hooked.

"I always knew I wanted to be on the stage, I love to act. I was a little hesitant my freshman year, but after my parents kind of pushed me to do it, I've loved it ever since and I'm glad this is my final year of doing this," Colin said.

Dave Gibbons, Colin's father and scoutmaster, said Colin is a quieter person but vocal when he needs to be, like when he's teaching a younger scout how to do something.

"His leadership is more like taking on a teacher role, from what I've seen. He's not shouting out, making big gestures, saying things to somebody about it, more one-on-one 'do it this way, do it that way' kind of stuff," Dave said.

Colin is an Eagle Scout, working on his third Eagle Palm badge. He plans to attend the University of Nebraska-Omaha for medicinal chemistry.

Colin's quiet style of leadership and ability to teach others played into Dave's consideration of Colin for his senior patrol leader position. Before boy scout meetings, Dave said, he and Colin would talk about what they needed to cover at the meeting, and Colin would take the initiative and talk about those things with the scouts.

"There's a method in scouting where we teach how to do those things, you reach a stage later in scouting where it's no longer about learning new things but teaching what you know to younger scouts. He's been really good about that," Dave said.

Dave added that, while he doesn't get to see Colin do everything during the school day, what he's seen of him in his classes and activities he employs the same leadership skills in his extracurricular activities.

"When I was getting set up to do a professional development class, he was setting up his trumpet line. I could see him working with other kids, doing things like the mini band leader," Dave said. "He's very one-on-one, quiet, not in their face about things."

Paul Niedbalski, Colin's band and theater director at SCHS, said Colin leads by knowing the source materials and working with others to make sure they do too.

"The first thing is knowing your notes in band or choir, or how to move your feet and carry your instrument, knowing your lines and what emotion you're playing in theater, knowing it through and through," Niedbalski said. "He's always the first one to have everything memorized and know his steps."

Colin said that to be a leader, one has to understand the people they are working with to help them learn and be prepared.

"It requires the ability to be helpful. You have to understand what people are thinking, not supposed to push people to do it but guide them along the way while also completing the same task, show what type of skill you have that they might be able to follow too so they also might become a leader," Colin said.

Helping, Colin said, was one reason he enjoys being in the National Honor Society.

"I think it’s the ability to help people, we're able to use our organization and resources we have to help people that definitely need it like other organizations in town or neighbors or family members that need the help but can’t find a way to get it," Colin said.

Niedbalski said that desire to help was one way Colin acts as a leader among his peers, in theater, band or whatever capacity. In this last year, Niedbalski said, Colin has made strides in being more of a proactive leader.

"He's stepped up as more of a leader by leading vocally as opposed to by example, helping classmates, correcting people that need to be corrected, like if they’re standing in the wrong place," Niedbalski said. "He’s a proactive leader that’s been really helpful in our activities this year."

A 24-year-old Schuyler resident was arrested on charges related to sex trafficking in Colfax County recently.

For the past few weeks, the Keene Memorial Library in Fremont has dealt with some controversy regarding available titles, age appropriateness …

With the beginning of the new year came changes in Schuyler Community Schools (SCS) Board of Education's lineup. 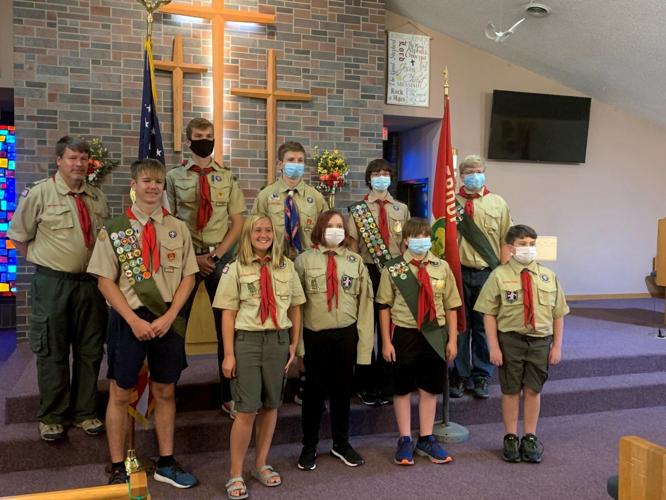 Colin Gibbons, back row, second from right, poses with Boy Scout Tropp 211 for a group photo. 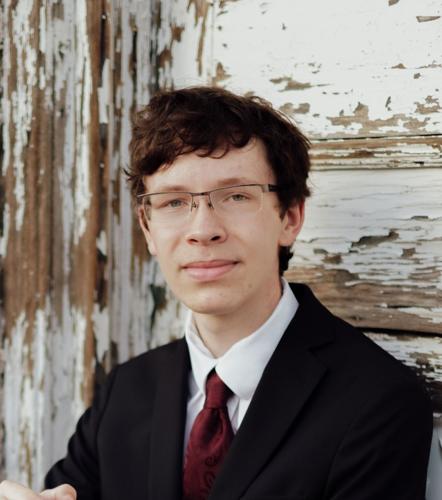