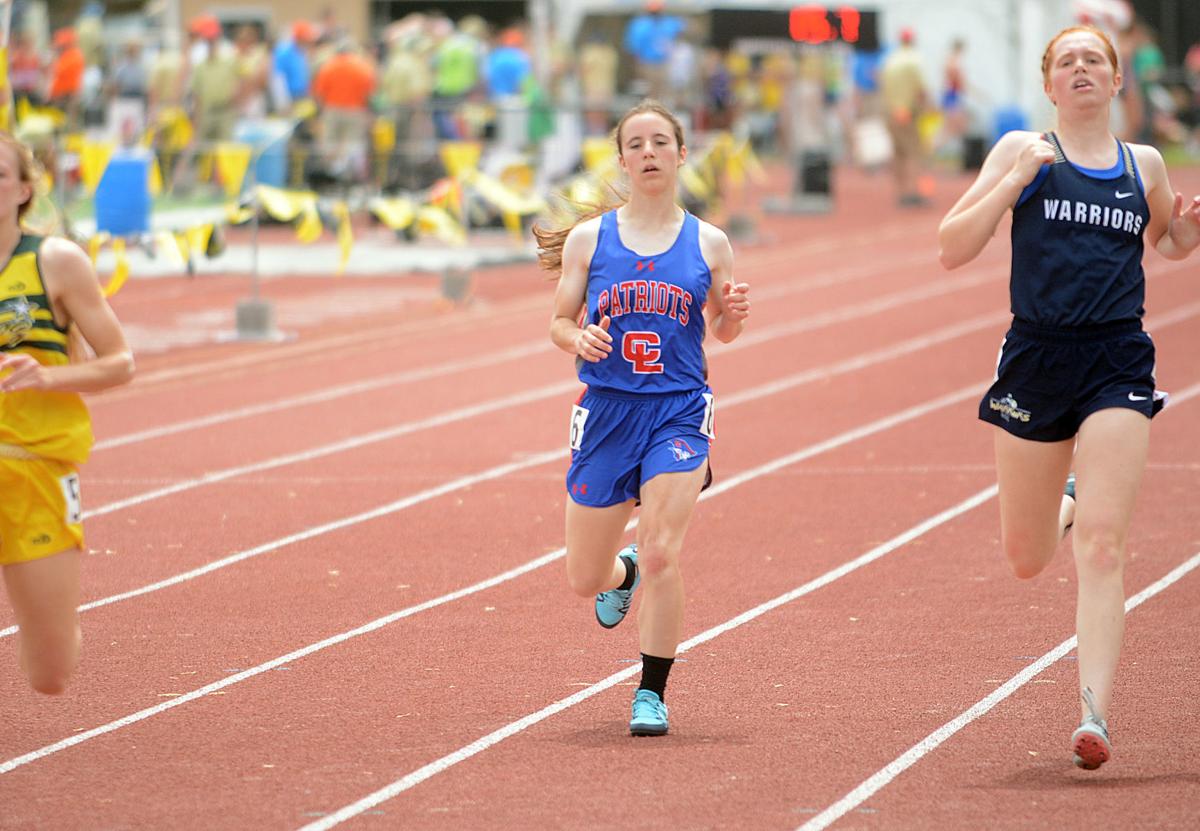 Clarkson/Leigh's Emily Loseke crosses the finish line in the 100 during the state meet last year. Loseke will be one of the leaders on this year's team. 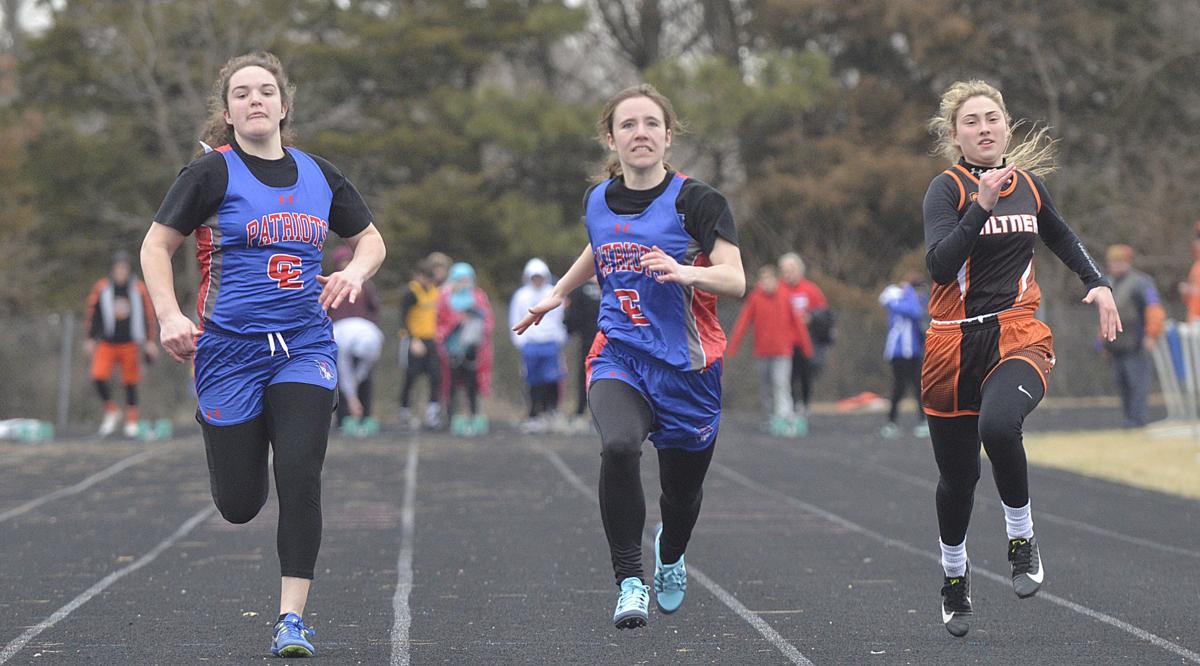 McKenna Stodola, left, and Emily Loseke of Clarkson/Leigh near the finish line during the Osceola Invite last year. Stodola and Loseke are the two returning state qualifiers for the Patriots this year.

Clarkson/Leigh girls track and field returns two of the five athletes it sent to the state championships in 2019, both of which scored points at the meet and hope for another successful outing in 2020.

Sophomore McKenna Stodola and junior Emily Loseke were both part of the 400-meter relay which placed sixth and Loseke placed seventh in the 100-meter dash.

The boys didn't send any representatives to state, but with athletes like sophomore Carter Hanel in the throws, senior Isaak Wiese in the relays and lateral jumps and junior Tommy McEvoy, coming off an injury that kept him out of fall and winter sports, Clarkson/Leigh hopes to get some competitors to Omaha.

The Patriots are going to have to deal with having fewer athletes than most Class C schools, but feel they could still be competitive.

"Even though our numbers are a bit small, I believe we will be small but mighty, which we have proven in past years," girls head coach Bri Brabec said. "I am curious to see what happens over the next few weeks as at this point there are many unknowns. I just want our supporters to know that you have one hard-working team ready to get after this year that even during these times are asking for workouts to continue at home. I am proud of each and every one of them."

On the boys side, head coach Lee Schneider is also hoping to see the Patriots reach success.

The Clarkson/Leigh boys don't quite have the depth to be competing for team trophies, but feel they have the talent to score points at most meets.

"What's going to be exciting and fun about the season is that all of our boys are very competitive; a lot of max effort and individuals that like to compete in sports and compete with each other," Schneider said. "We are looking to be fairly strong in the sprints, lateral jumps and throws.

"We still don't have quite the depth across the board to really compete for the top-three places, but we will be able to score points and always be in the discussion."

After bringing back half the 400-meter relay team that placed at state last year, Brabec is hoping to see success from that team with Loseke, Stodola and Cassie Brabec looking to be key pieces of that squad.

A new face that Brabec is hoping surprises people is freshman Korbee Wendt, who should be a factor in middle distance races for the Patriots.

Sophomore Kennedy Settje is another underclassman primed for a big year specializing in the long jump and triple jump. Senior Brittney Urbanek is hoping to have a big year in the throws.

For the boys, McEvoy seemed to be in prime position to go to state last year before an injury ended his season early. He is hoping to accomplish that goal this year.

Hanel, Eli Hays and a relay are some ways that Schneider is hoping to get some Patriots to Omaha.

"Our goal is to get better week to week and be ready by the end of May. The beauty of track is that measuring success is up to the individual. Success, can not be defined solely by what place you finished. It's about improving individual marks/times and always being prepared to compete."

Peter Huguenin is a sports reporter for the Schuyler Sun. Reach him via email at SCHsports@lee.net

Howells Football: The build to greatness

Howell's history as a football powerhouse is almost unequaled in Nebraska high school sports. Only one other program has won six straight stat…

Dozens of Sun-area student athletes have been recognized by the Lincoln Journal Star for Academic All-State.

Alarcon will miss teammates most of all

This was to have been another outstanding season for the Schuyler Central High School boys soccer team. Following a district final loss, the W…

American Legion departments across the country received a memo the weekend of May 8 indicating that the Legion baseball season is over.

Clarkson/Leigh's Emily Loseke crosses the finish line in the 100 during the state meet last year. Loseke will be one of the leaders on this year's team.

McKenna Stodola, left, and Emily Loseke of Clarkson/Leigh near the finish line during the Osceola Invite last year. Stodola and Loseke are the two returning state qualifiers for the Patriots this year.