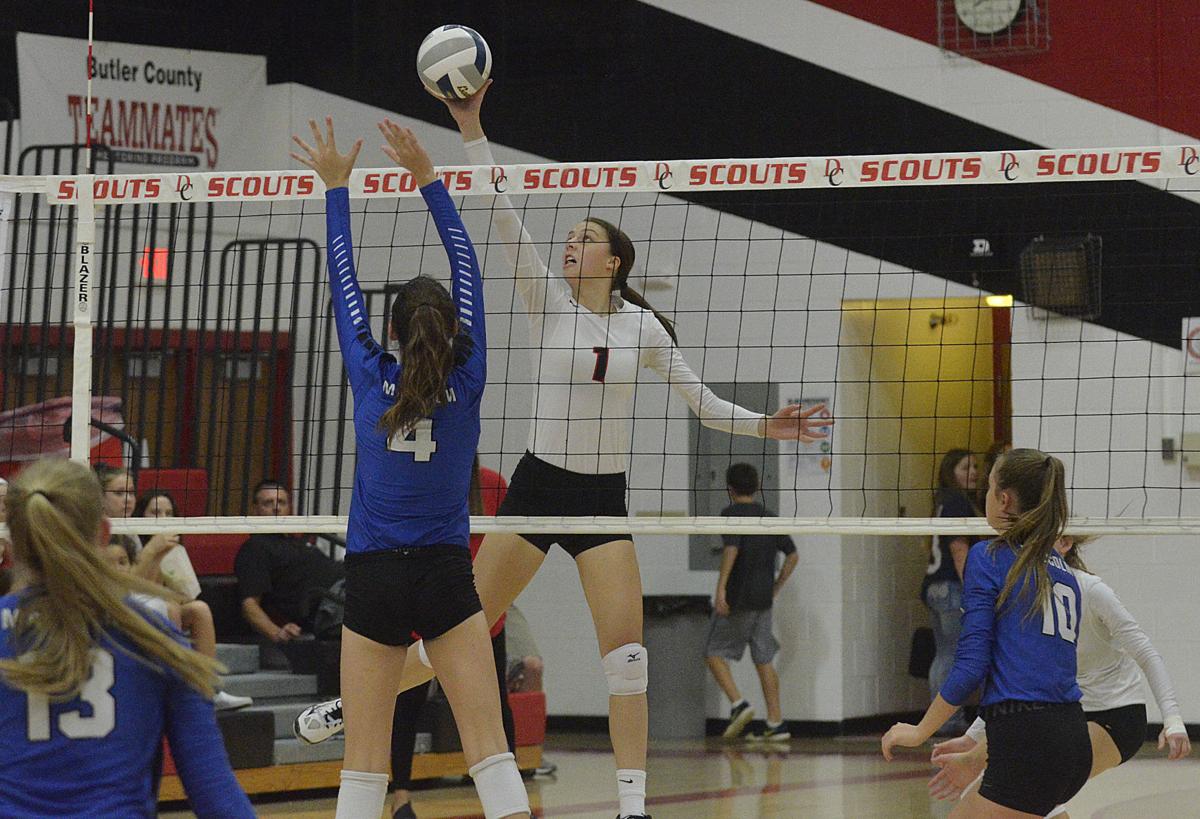 David City's Maya Couch tips the ball over the net against Malcolm in a match earlier this season. 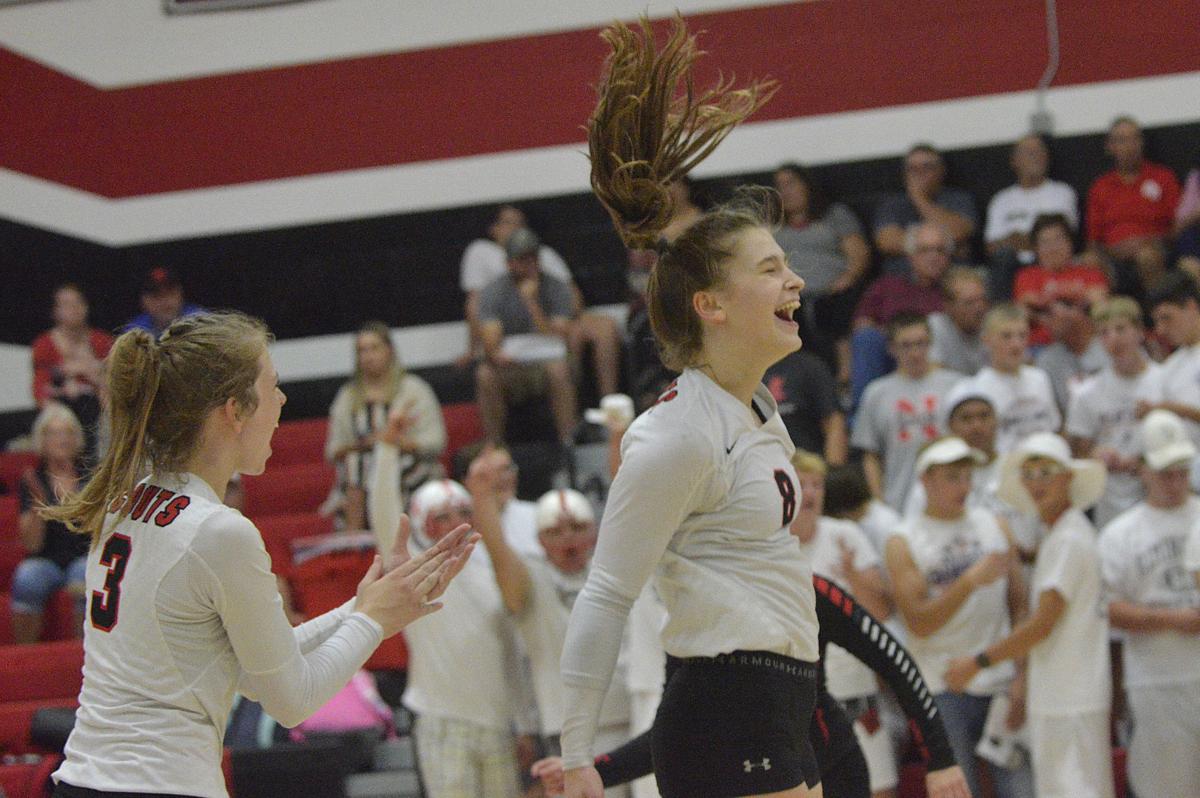 Neely Behrns celebrates after David City scores a point against Malcolm on Sept. 19.

David City volleyball's first season under head coach Tali Reeves wasn't quite what the Scouts had in mind. But while the results came up short of hopes, building blocks were put in for the future.

The team finished with a record of 10-18, losing three or more in a row three times. The Scouts were 8-10 after a sweep of Twin River on Oct. 8 but then finished just 2-8 down the stretch.

The biggest wins of the year came against Winnebago, Fairbury and in a sub-district victory over Arlington. David City also defeated Class B Schuyler in a three-set sweep.

"This team came a long way this year in all aspects of the game," Reeves said. "We had a young team but couldn't be happier with the improvements they made throughout the season."

While the end result was short of some of the goals that the girls had set, important lessons were learned that Reeves said she believes will carry over into next season.

"I really emphasized, 'Confidence in yourself, confidence in your team,'" she said. "When they did those two things, we were playing great volleyball. If this aspect improves, we will be able to do some good things next year."

David City loses two seniors off the team in Maddy Hoeft and Kristen Bell, but returns a majority of its offense for next season.

Junior Lauren Vandenberg led the her team in kills with 297, served 28 aces and finished with 32 blocks and a team-high 235 digs.

Junior Natalie Blum led David City in aces with 35 and finished with 215 digs.

"I learned that they are going to do everything they can to improve and get better each and every day," Reeves said. "They know what it's going to take to get this program going, and I have no doubt they will do everything in their power to do so."

Reeves said that she believes that the struggles this season will only add motivation to the coming season.

"This season we didn't quite reach all our team goals we had in mind at the beginning of the season," Reeves said. "I think with not having reached those specific goals, the girls will come back working harder than ever to achieve them. The positives are that I have all six starters returning. They know my expectations and how we do things, so I'm excited to see what this team can do."

Schuyler's eighth grade football team opened the season with a win over Crete on Aug. 31.

Schuyler Central junior, Marisol Deanda, has been a fixture in top-10 finishes in the cross country events in which she has participated this …

Congratulations to Sarai Avila and Yair Garcia for being crowned as King and Queen of Schuyler Central High School Homecoming 2020. The corona…

The Schuyler Central High School girls golf team competed in the Wayne Invitational last Thursday. The Warriors finished in 12th place out of …

David City's Maya Couch tips the ball over the net against Malcolm in a match earlier this season.

Neely Behrns celebrates after David City scores a point against Malcolm on Sept. 19.