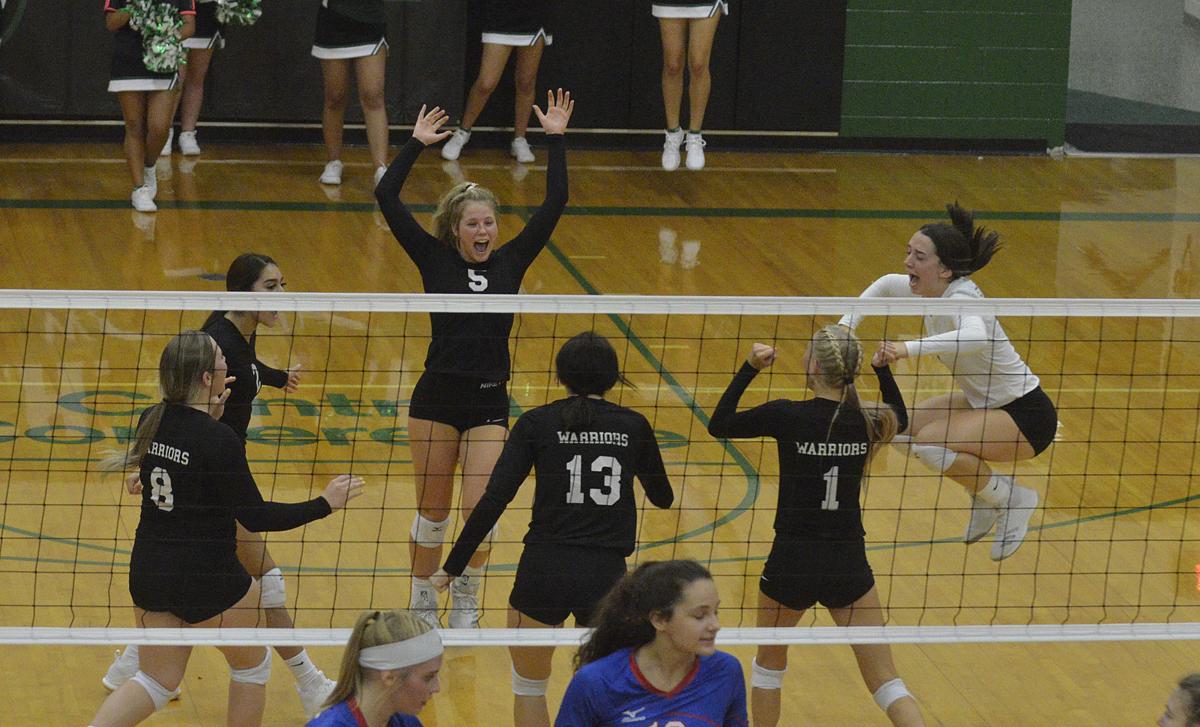 Schuyler players celebrate after scoring a point against Crete on Sept. 17. 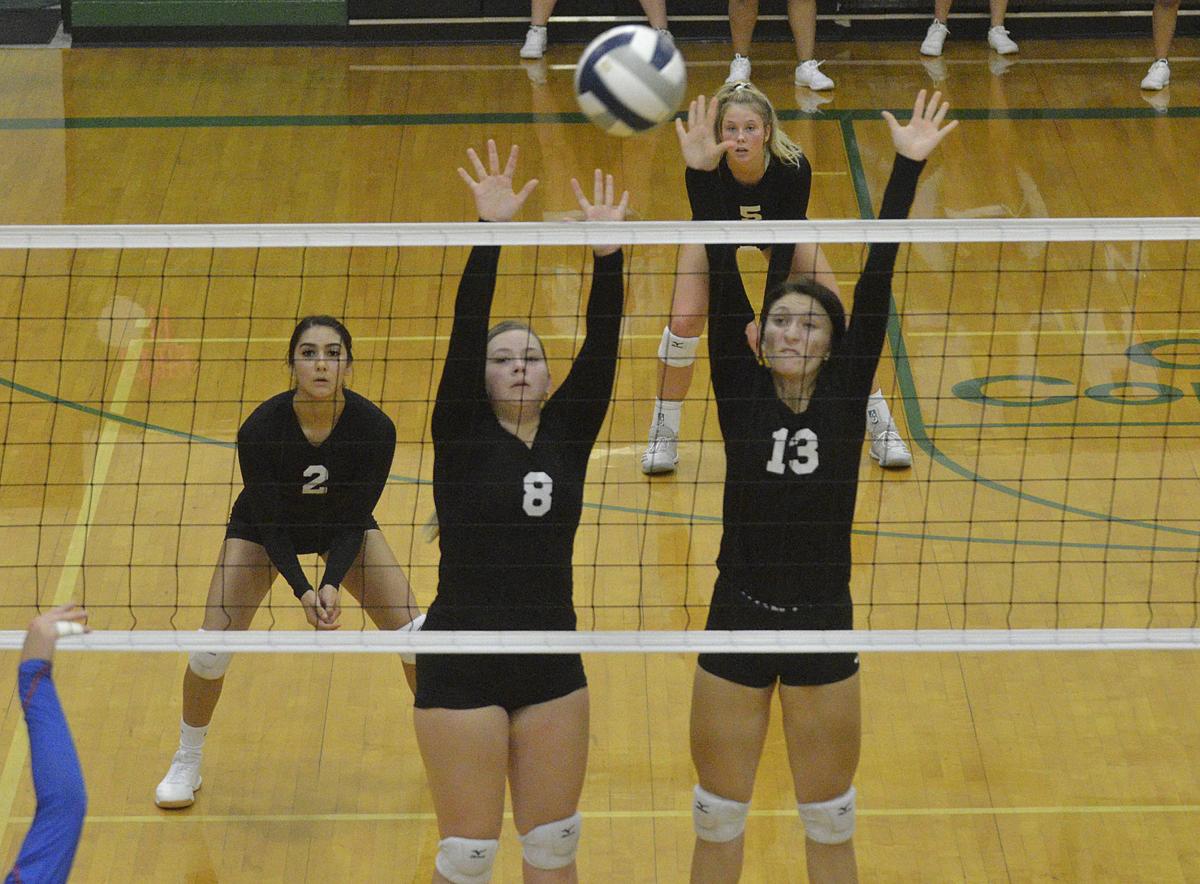 Taylor Westerbuhr, left,and Katie Wolfe go up for the block against Crete on Sept. 17.

The Schuyler Central High School Lady Warriors volleyball team saw its season come to an end in the first round of the Class B-4 Sub-District tournament held in Bennington on Oct. 29.

Blair advanced to the sub-district finals where the Bears were swept three sets to none by the host Badgers.

It has been a tough season for the Lady Warriors but against the Bears, Schuyler came out strong and pushed Blair to the limit before losing the first set by three then coming up with a huge win in the second set by seven points to tie the match at one set apiece.

Blair regrouped to easily win the third and fourth sets and capture the tournament victory while the Lady Warriors walked off the court for the final time in 2019.

“I am proud of how the girls finished their season,” stated Schuyler Central head coach Jenna Saalfeld. “After our last couple of regular season games, I wasn’t sure how the girls would come out and play.

Kinzie Petersen, one of four seniors playing in their final volleyball match for SCHS in their high school careers, had a brilliant match for the Lady Warriors. She led the team in kills with 14, digs with 11, serve receives with 34 and blocks with 21.

Two other seniors, Katie Wolfe and Tamara Witzel, had seven and six kills, respectively, in their final matches for the Lady Warriors. Anna Rocheford, the fourth senior on the squad, recorded 10 digs and 10 serve receives for Schuyler on the final stat sheet.

“Throughout the season we have many points of ups and downs, but the girls kept positive attitudes all the way through," Saalfeld said. "There was never a day that I thought they didn’t want to be at practice trying to get better for their teammates. The group of girls that we had this year made our season fun. We are all leaving this season with many fond memories.”

The Schuyler wrestling team began 2020 in great style with its 57-12 dual win over Columbus Scotus.

Schuyler wrestling hosted its home invitational on Saturday and saw one of its top wrestlers, senior Travis Marxsen, win a gold medal.

No. 7 Logan View too much for Schuyler

Schuyler wrestling faced one of the top teams in Class C in a road dual on Jan. 16 at No. 7 Logan View.

Howells-Dodge basketball and wrestling were in action over the past week with quite a bit of success.

Schuyler players celebrate after scoring a point against Crete on Sept. 17.

Taylor Westerbuhr, left,and Katie Wolfe go up for the block against Crete on Sept. 17.