Clarkson/Leigh took the first set 24-17 behind nine kills and two aces from junior Chloe Hanel. In the second set, the Patriots overcame an early 6-1 deficit to lead 24-20. However, the Gators scored six consecutive points to force a decisive third set.

Clarkson/Leigh led the third set 16-15, but Wisner-Pilger took over the end of the match with the Gators tallying six kills, one ace and earning three points off Patriot attack errors.

"We started out really well. Wisner-Pilger just stepped up and we did not make adjustments that we needed to," Patriots head coach Becky Schneider said. "It was the typical stop talking. We broke down. We didn't hold each other accountable. Those are all crucial in order to succeed."

Schneider has described the season so far as a rollercoaster as new players adapt to new positions.

"It's still early in the season," Schneider said. "We're still working out the kinks and it's just not going as smoothly as we would've liked."

Hollatz has stepped in as the team's setter this season after playing defensive specialist last year. Hollatz leads the team with 195 assists.

Schneider said it's been a tough adjustment as she continues to build connections with the hitters.

"We're trying to form her (Hollatz) into getting those connections with our hitters now. It's been tough, but it's coming a long ways. She's just got to keep pushing."

As was the case last year, the attack is led by Hanel. The junior has recorded 100 kills through the first six matches. Defensively, she's recorded a team-high 66 digs and received the most serves on the team (86).

"We just need to get the ball in her hands every single time. She's our go-to and teams know that," Schneider said. "Occasionally, she will get blocked or dug, but that doesn't stop her from staying aggressive. We just need to be able to pass the ball in order to get her the ball."

The Patriots will face another stiff East Husker Conference opponent in Humphrey/Lindsay Holy Family on Thursday before heading to Stanton for a tournament on Saturday.

Schneider said it's important to be peaking at the right time and she's confident they'll get there.

"It's still early in the season, so we will push as hard as we can to improve. We want to be peaking at the right time. Conference is a good peaking moment and our conference is stacked with competitive teams and ranked teams for that matter." she said. "Everybody has a target on their back, so they'll be gunning for us just as much as we'll be gunning for them. Hopefully, we'll be peaking at the right time."

Schuyler football was shut out for the third time this season Friday at Douglas County West. The Falcons won the game 41-0 as the Warriors hav…

Schuyler hosted Class B Crete Friday night in its second home game in a row. The Warriors lost 28-7 as the Cardinals rushed for 356 yards.

It was good to be home for Schuyler Thursday as the Warriors ran in its home invite. They swept all four trophies with Gavin Bywater and Miria…

Schuyler played its first home game of the season Friday against Fairbury. The Jeffs had a record-setting offensive game in a 62-6 win over th…

Howells-Dodge surprised many in attendance Friday night. It opened the game against Humphrey/Lindsay Holy Family with three passing plays. 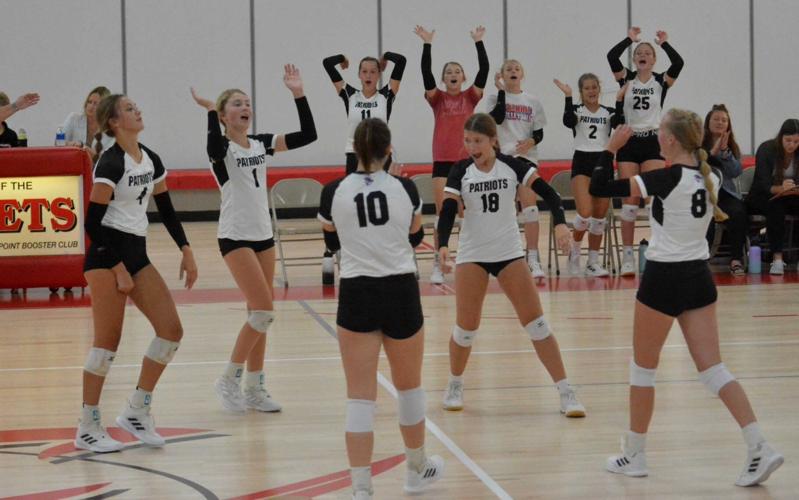 Clarkson/Leigh celebrates after a stuffed block on Sept. 6 against Wisner-Pilger in West Point. The Patriots are off to a 5-3 start this season. 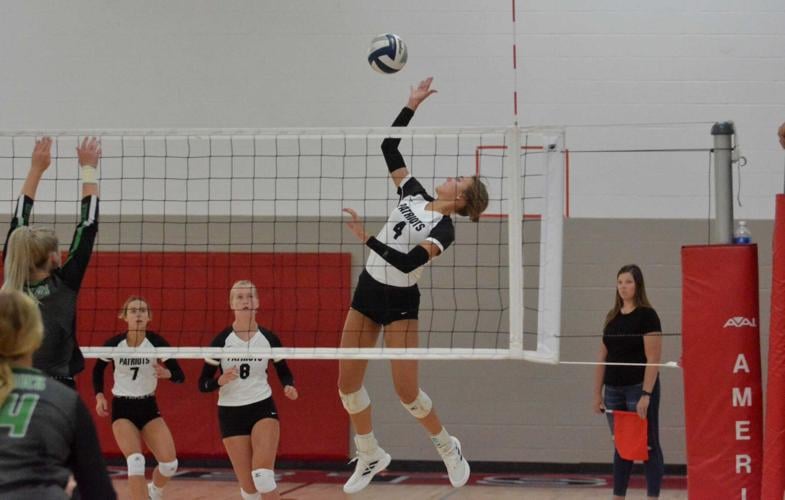 Patriots junior Chloe Hanel jumps to spike the ball on Sept. 6 against Wisner-Pilger at West Point-Beemer. Hanel tallied 17 kills in a three-set loss against the Gators. 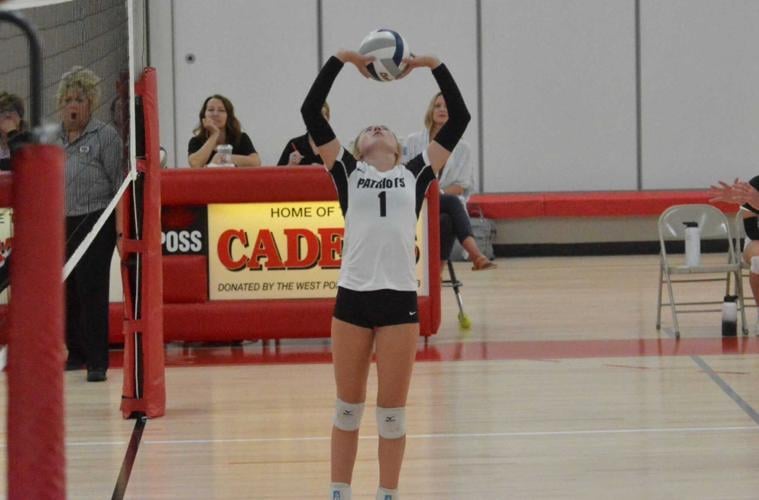 Clarkson/Leigh setter Izzy Hollatz sets the ball for a pair of hitters in the middle of the floor on Sept. 6 in West Point. Hollatz leads the team in assists.