The Schuyler Central High School football team, led by first year head coach Greg Hansen, struggled through another winless season. The Warriors dropped all nine contests and failed to score in seven of them.

The good news is that the team showed improvement towards the end of the season and most of those who improved their performance are back for next season. Between the offense and the defense, 22 players who started or saw regular action are set to comeback and end the losing skid.

The Warriors were outscored 395-15 but the lack of offensive production is a big misleading. Schuyler moved the ball effectively both on the ground and through the air in several games but had a tough time finishing off drives. Schuyler's 15 points came from a touchdown pass from Luis Genchi to Julian Morales against Raymond Central  and a Jason Ramon 1-yard dive against Scotus.

Defensively, Schuyler Central was strong up front and at linebacker but were prone to giving up long pass plays deep into the secondary.

Down the stretch the Warriors played well in their final three games of the season against a pair of state playoff participants.

They lost to Columbus Scotus 42-7 while scoring one of their two touchdowns of the season against a tough Shamrock defense then lost at home to Columbus Lakeview while shutting down the Vikings through most of the first quarter. The final loss of the season came at West Point-Beemer as the Warriors wore down in the second half of a 39-0 defeat.

“While the Schuyler football team didn’t record any victories in 2021, we achieved our goal of improving from the beginning of the season to the end,” Hansen said. “As the new coaching staff and players got to know each other, things seemed to improve over the season.”

Offensively, the team was led by Jesus Hernandez who took over at quarterback at just about the midway point. Hernandez began the season as running back before the switch took place. Cezar Lininger was the team’s leading rusher from the fullback position.

The offensive and defensive lines were shored up by the play of Gabriel Moyao, Luis Cerrera, Talon Andel, Brian Delgado, Aiden Kronberg and Alvaro Mendez.

“We are excited about next season,” Hansen said. “With only seven seniors finishing the season we had many younger players get quality playing experience. That, and a year of strength and conditioning, should bode well for us next year and in the future.”

Doug Phillips is a freelance writer for the Schuyler Sun. Reach him via email SCHsports@lee.net.

Gabriel Moyao didn't love wrestling at first. His early attempts in the sport came in elementary school when he competed in club tournaments. …

Clarkson/Leigh's Kennedy Settje has been a part of the Patriots' basketball program since sixth grade when she became a student manager.

The Schuyler Central High School boys basketball team will be experiencing many new changes heading into the 2021-22 season.

The Schuyler Central High School girls basketball team dropped their first two games of the season falling at Madison 38-10 on Dec. 2 then at …

Schuyler Central High School boys basketball got its 2021-22 season off to a good start with a 30-27 overtime victory at Madison on Dec. 2.

Twenty-one athletes took to the court for the Schuyler Central High School girls basketball team when practice opened just over two weeks ago.

Doug's Dugout: Mercilessly, it's over

Exhale, it's over, it’s finally over. A football season filled with exciting finishes and excruciating losses finally came to an end on a beau…

Schuyler Central High School boys wrestling always expects great things, and the upcoming winter should be no different as 52 athletes are set… 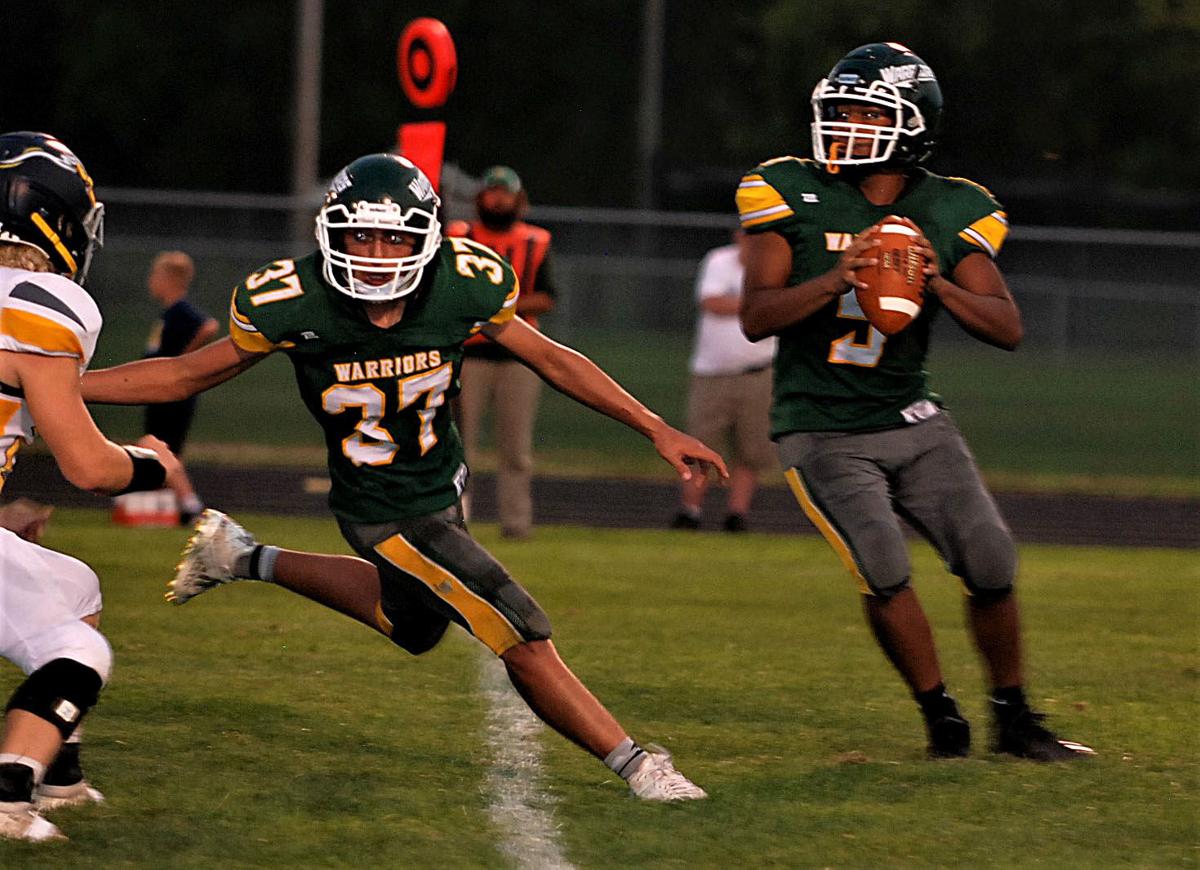 Quarterback Luis Genchi looks for an open receiver while running back Cezar Lininger provides protection in the Sept. 10 home game against Raymond Central. 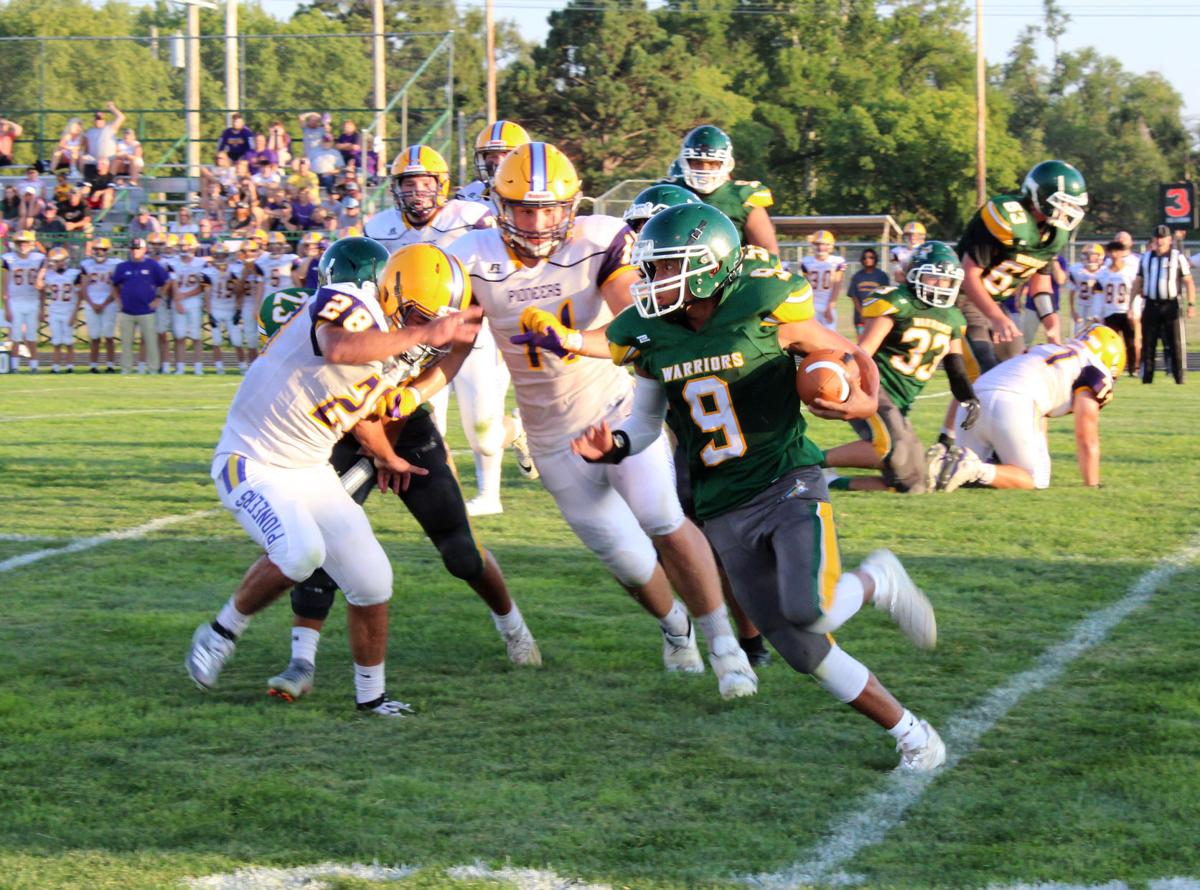 Schuyler sophomore Jesus Hernandez evades Nebraska City tacklers and turns the corner for a gain in the Aug. 27 home game against the Pioneers. 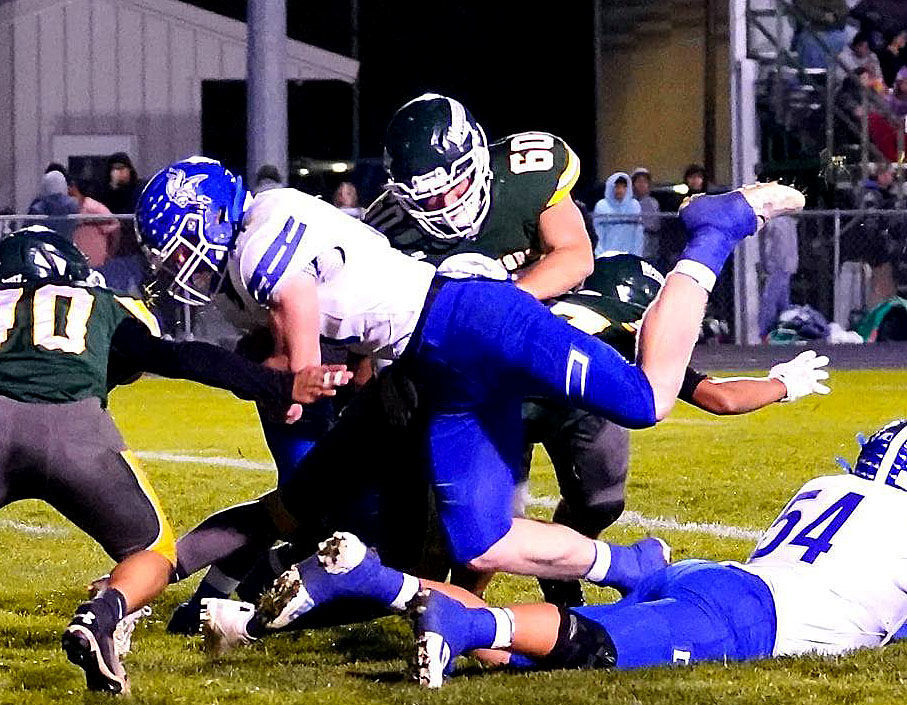 Schuyler junior Derrik Sock and the Warrior defense make a stop on Lakeview running back Landon Ternus in the final home game of the season on Oct. 15. 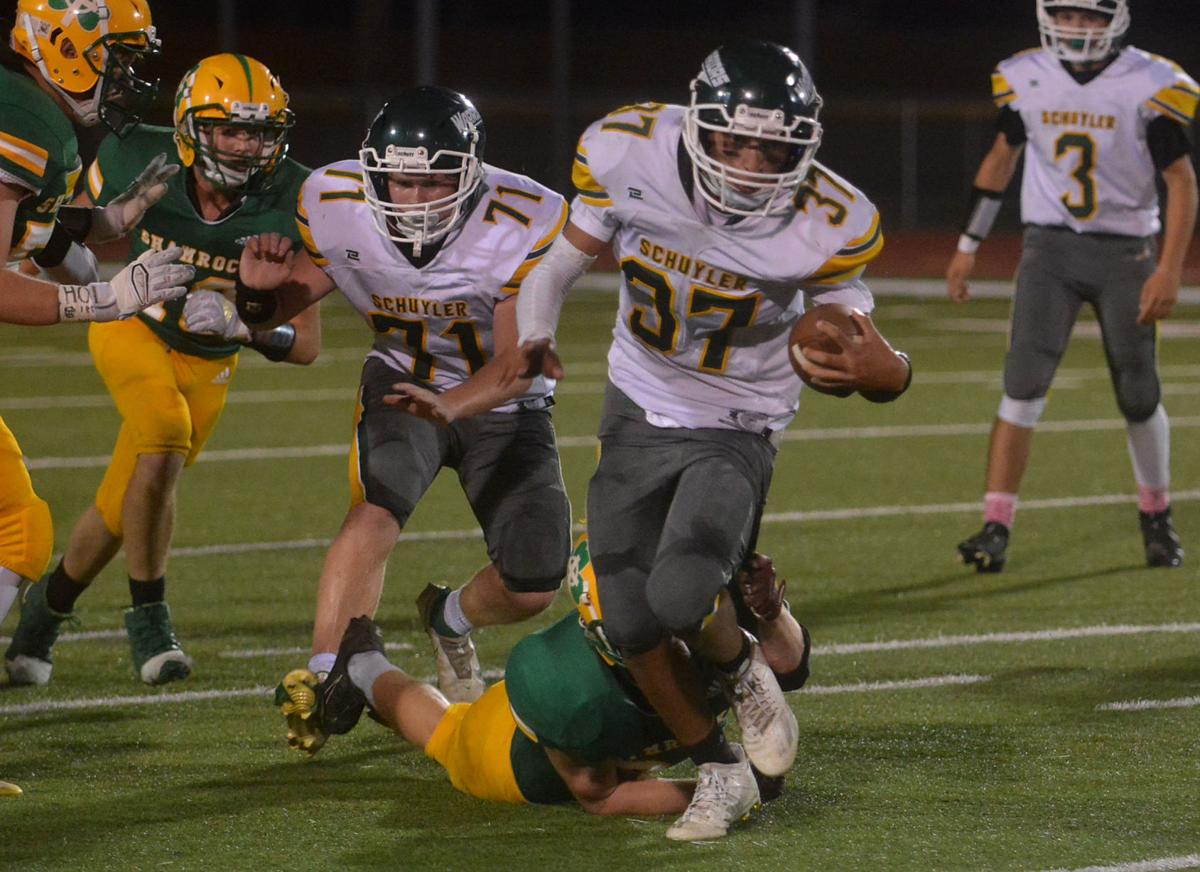 Schuyler junior Cezar Lininger breaks a Scotus tackle for a big gain in the Oct. 8 road game in Columbus.