Receive the latest in local entertainment news in your inbox weekly!

It was just one of the many incidents to befall Olivia Marshall in the delightful and funny romance “Mr. Wrong Number.” Painter’s editor even questioned if one of them was a little over the top.

“It was something that happened to me,” she said.

Painter said she’s often a mess, just like Olivia, and recounted the time one of her tires fell off while she was driving. But the Omaha mother is organized enough to hold a full-time job, raise five kids and faithfully write on the weekends.

She’s already published a young adult novel, “Better Than the Movies.” Her third book, in the same genre, comes out in December. A sequel to “Mr. Wrong Number” is slated for next March.

Having a big family hasn’t been a handicap.

“I used to get a lot of writing done in notebooks while waiting for my kids to finish baseball and basketball practices,” Painter said.

Now, her youngest, 6-year-old Kate, plays under Painter’s desk as she writes in her office, converted from a bedroom after one of the older kids left home.

While her schedule may sound brutal, Painter said writing never seems like a second job because she loves it so much. It’s almost like reading a book, she says, one of her favorite pastimes.

She just zones out and starts to daydream, except that she types her thoughts into her computer.

With so many kids of her own, it’s no stretch when she writes about teen angst. Ideas have just seeped in after being around them for what she jokingly said seems like a billion years.

Her books are all romantic comedies, she said, a good antidote for a too-serious world. She just has to find the perfect marriage of what she likes and what will sell.

“I’m just a silly sarcastic person. I can’t imagine something serious,” she said. “I don’t think I have the plotting brain to write a thriller. It’s what I love to watch and love to read. It’s kind of my thing.”

Not that it’s easy.

She’d often thought about writing but didn’t become serious until Kate was born. Some of her first efforts were terrible, she said, but she continued to write as her daughter took her afternoon naps and immediately after she went to bed.

Her busy schedule has actually helped her to be more focused.

“Most of my production is Saturday and Sunday and Friday nights,” she said. “I have friends who left their day jobs and write full time. They struggle a lot when writing all day. I know when I sit down, I have to shut out the world and buckle down and do it.”

It was a thrill when her first book was published, and “Mr. Wrong Number” was recently selected as one of Amazon Books’ “Best Books of March.”

Like all of her books, it’s based in Omaha. She moved here in grade school when her father was stationed at Offutt Air Force Base. But because Painter writes under a pseudonym, none of her neighbors in southwest Omaha even know she’s an author.

Although supportive of her efforts, none of her kids have read her latest work. She hasn’t pushed her husband to read it, either.

“If for some reason he didn’t like it, I think it would crush me,” she said. “I value his opinion too much.”

For the record, he said he loved her first book.

“In This Life” (Vesuvian Books) by Christine Brae

“I Loved You More” (Hawthorne Books) by Tom Spanbauer

“The Marriage Plot” (Farrar, Straus, and Giroux) by Jeffrey Eugenides

“One Day in December” (Ballantine Books) by Josie Silver

“This is Not How it Ends” (Lake Union Publishing) by Rochelle B. Weinstein

Receive the latest in local entertainment news in your inbox weekly!

"Secluded Cabin Sleeps Six" by Lisa Unger; Park Row Books (400 pages, $27.99) ——— Opening a novel with Christmas dinner might make readers think they’re in for something cozy. Not in Lisa Unger’s hands. Unger, an internationally bestselling thriller author and resident of Pinellas County, knows just how to put us on the knife’s edge from the start. In the first paragraph of her 20th novel, ...

Jenny Bhatt was born in Gujarat, India, grew up in Bombay, and has lived and worked around the globe. But for the past several years, she has made her home in the Dallas area and established an international reputation as a writer, translator, literary critic, podcaster and instructor. “I knew I wanted to be a writer after I won a children’s short story contest in India at age 10,” Bhatt said ...

"Fatty Fatty Boom Boom" by Rabia Chaudry; Algonquin Books (318 pages, $29) ——— Rabia Chaudry was a scrawny baby, underweight and dehydrated after her family's journey from Pakistan to the United States. An auntie recommended a cure: half-and-half. "There is no way to know exactly where the wires crossed in this communication," Chaudry writes in her memoir, "Fatty Fatty Boom Boom." The auntie ... 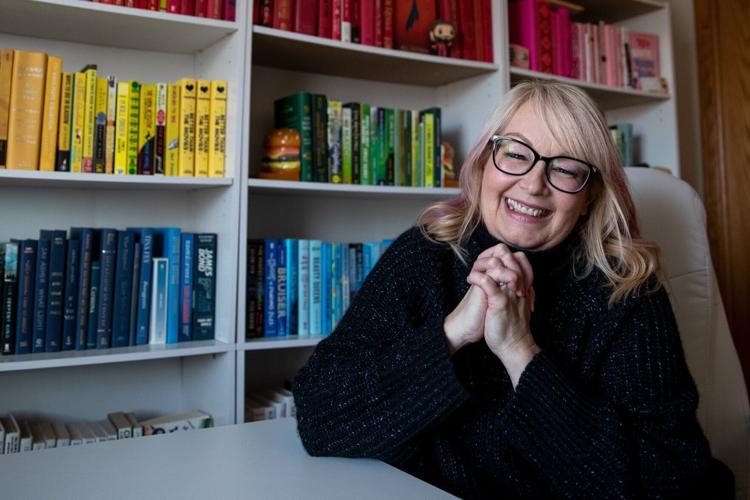 Lynn Painter, a romantic comedy novelist, in her Omaha home. None of her neighbors know she is an author. 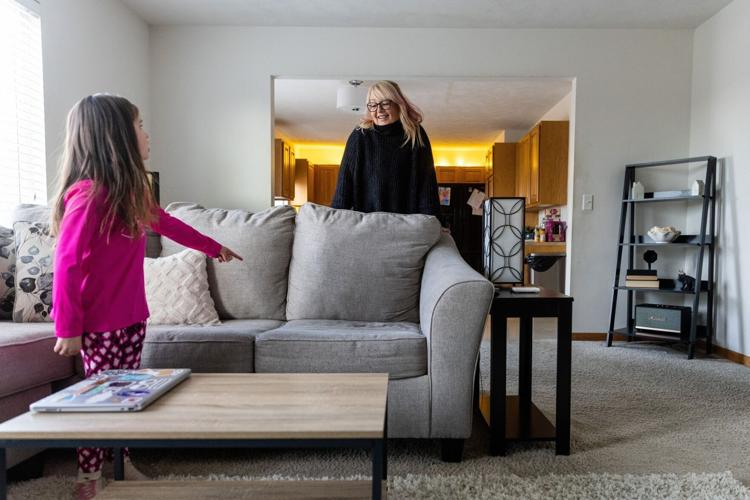 Lynn Painter with her 6-year-old daughter, Kate. She used to write when Kate would take a nap and after she and her siblings went to bed. Now, she devotes several hours on the weekends to her craft. 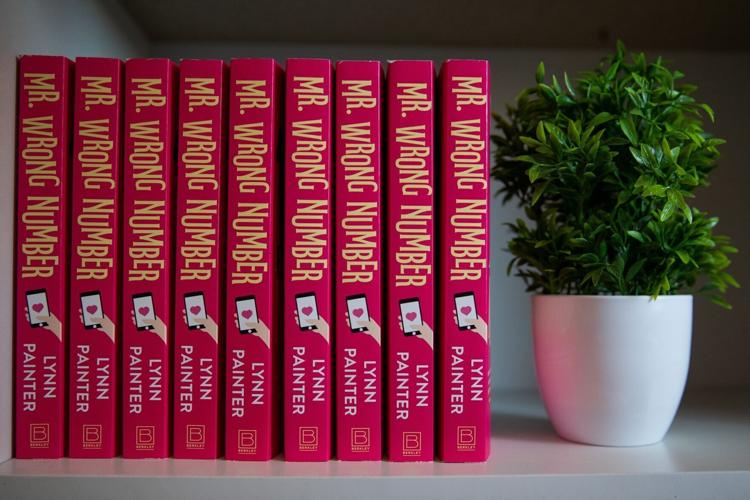 Painter’s newest release is a romantic comedy. She’s written four books so far and has many more ideas.