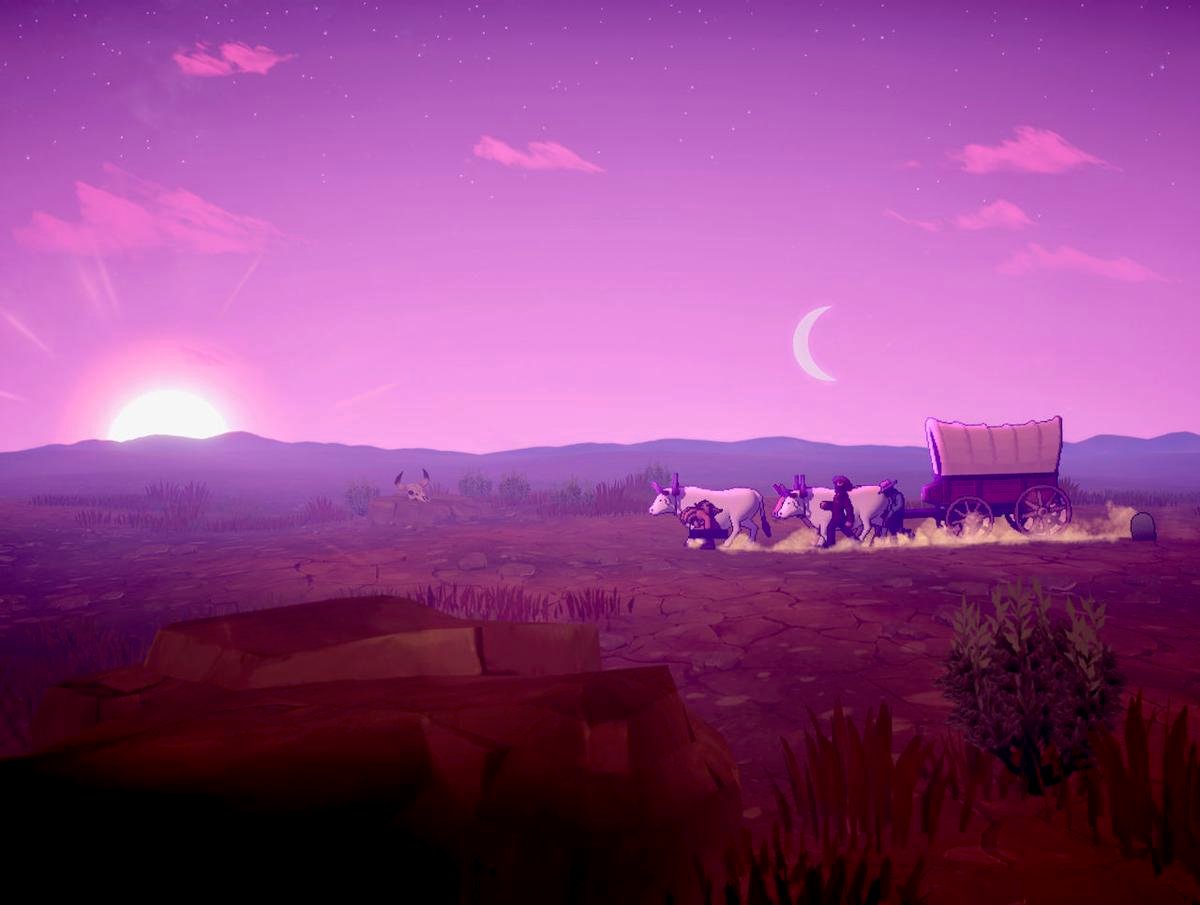 Oxen pull a covered wagon westward in a remake of “The Oregon Trail.” The game is available on Apple’s subscription gaming service, Apple Arcade. 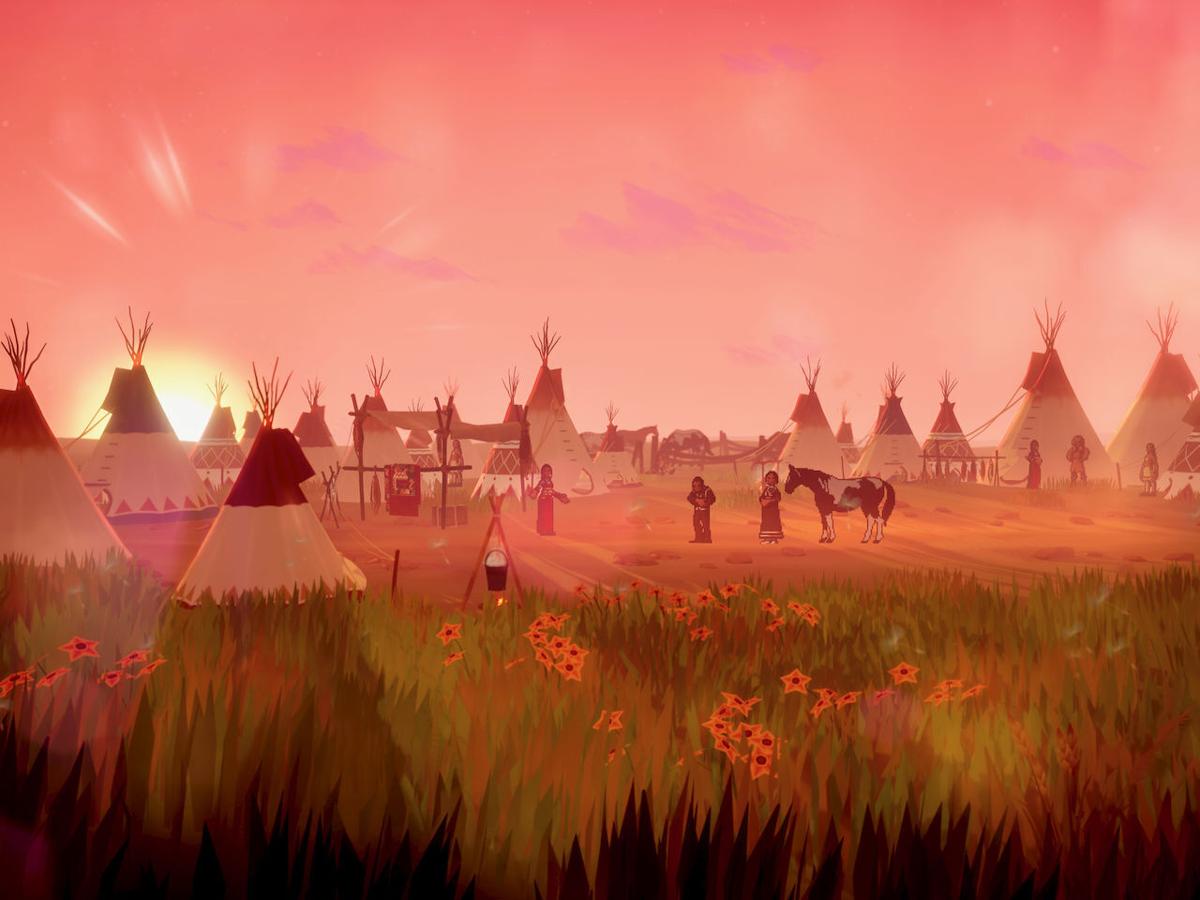 A Native village is depicted in “The Oregon Trail” video game released this year. The new version of the childhood game still features familiar milestones, including Chimney Rock and the ability to die from dysentery

In the 50 years since the original “The Oregon Trail” video game was released in 1971, generations of schoolchildren have tried to survive the treacherous 2,170-mile route.

For many, it was a fun lesson on the mid-19th century westward migration as they played the role of pioneers crossing dangerous rivers and hoping not to die of dysentery.

But for Margaret Huettl and other Native Americans, the childhood game told a frustrating and incomplete story. They felt that it ignored how their ancestors were pushed out of their homelands and forced into oppressive treaties.

“None of that history was ever included in the games or my education,” said Huettl, a Lac Courte Oreilles Ojibwe descendant. “I knew there were other stories out there.”

Some of those stories are now being told in a new version of the game released in April by mobile game developer Gameloft. Huettl, now a University of Nebraska-Lincoln assistant professor of history and ethnic studies, worked with the company on the remake, which is available on Apple’s subscription gaming service, Apple Arcade.

Gameloft creative director Jarrad Trudgen didn’t have experience with “The Oregon Trail” franchise until he started work on developing the latest version.

“In a way, I think it kind of gave us an advantage,” said Trudgen, a 44-year-old Australian. “We didn’t have any preconceptions. We just did a lot of research.”

Trudgen and his team of about 30 developers reached out to Huettl and scholars from other universities. In addition to providing historical documents and input on styles specific to each tribe, the scholars worked with the development team to craft a message emphasizing the migration’s harmful effects on Native Americans. That message can be found as soon as a player starts on a new journey.

In part, the message says, “For Indigenous Peoples, westward expansion was not an adventure but an invasion.”

The game also features playable Native American characters and stories and celebrates those histories and cultures.

“We definitely wanted to make it clear that we were trying to make a more respectful and accurate statement about a history that doesn’t get addressed as much,” Trudgen said.

Trudgen said his team also worked to include Black characters such as Moses Harris, a trapper who helped rescue a wagon train in 1845.

“I had never heard (about Harris) before,” Trudgen said. “We thought he was an interesting character.”

Players encounter Harris during the game’s prologue when he rescues the player’s party east of Independence, Missouri.

Trudgen and Huettl emphasized that the latest entry still offers the same core game experience, featuring familiar milestones including Nebraska’s Chimney Rock, a hunting mini-game and the ability to die from dysentery.

But it’s now a game that tells a more nuanced story about how the Oregon Trail migration affected others caught in its path.

Frank Bonner, star of 'WKRP in Cincinnati,' dead at 79

Anthony Mackie to host the 2021 ESPYs

Anthony Mackie to host the 2021 ESPYs

Staying in? We've got you covered

Get the recommendations on what's streaming now, games you'll love, TV news and more with our weekly Home Entertainment newsletter!

Oxen pull a covered wagon westward in a remake of “The Oregon Trail.” The game is available on Apple’s subscription gaming service, Apple Arcade.

A Native village is depicted in “The Oregon Trail” video game released this year. The new version of the childhood game still features familiar milestones, including Chimney Rock and the ability to die from dysentery 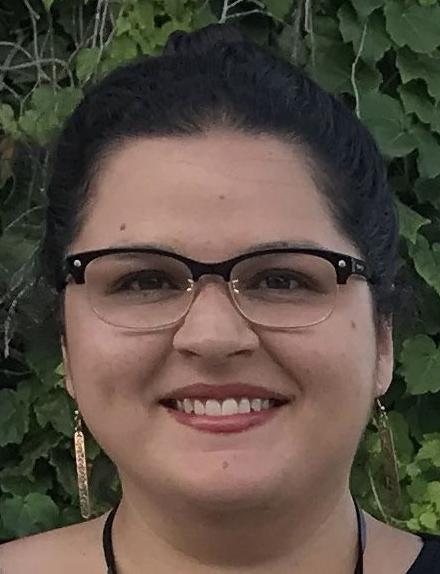