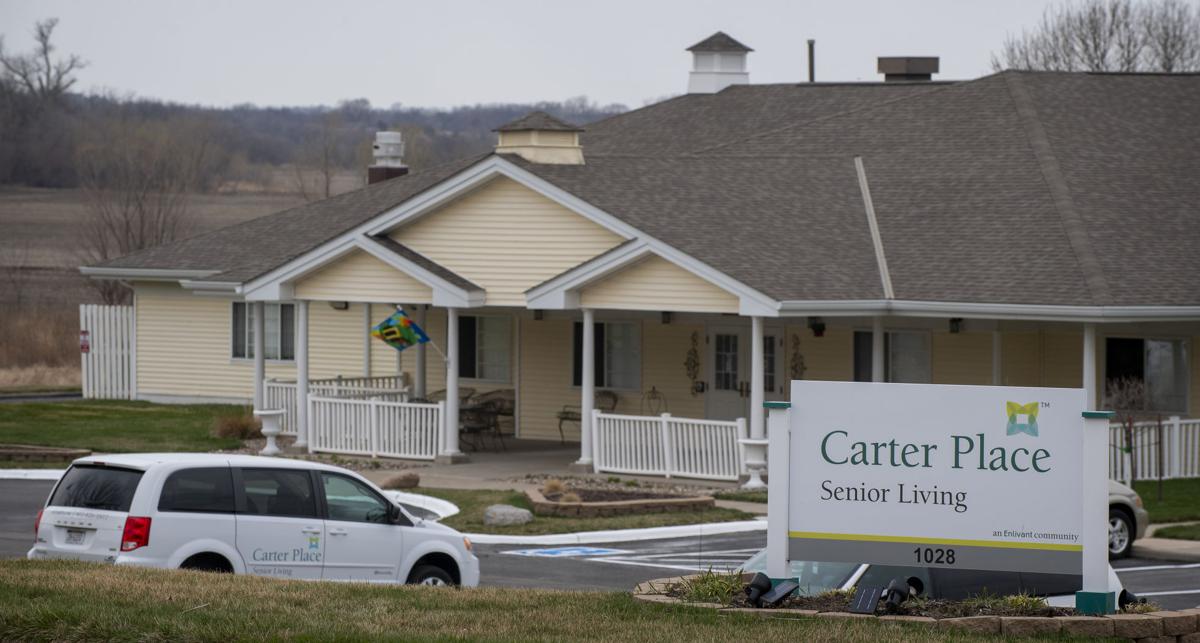 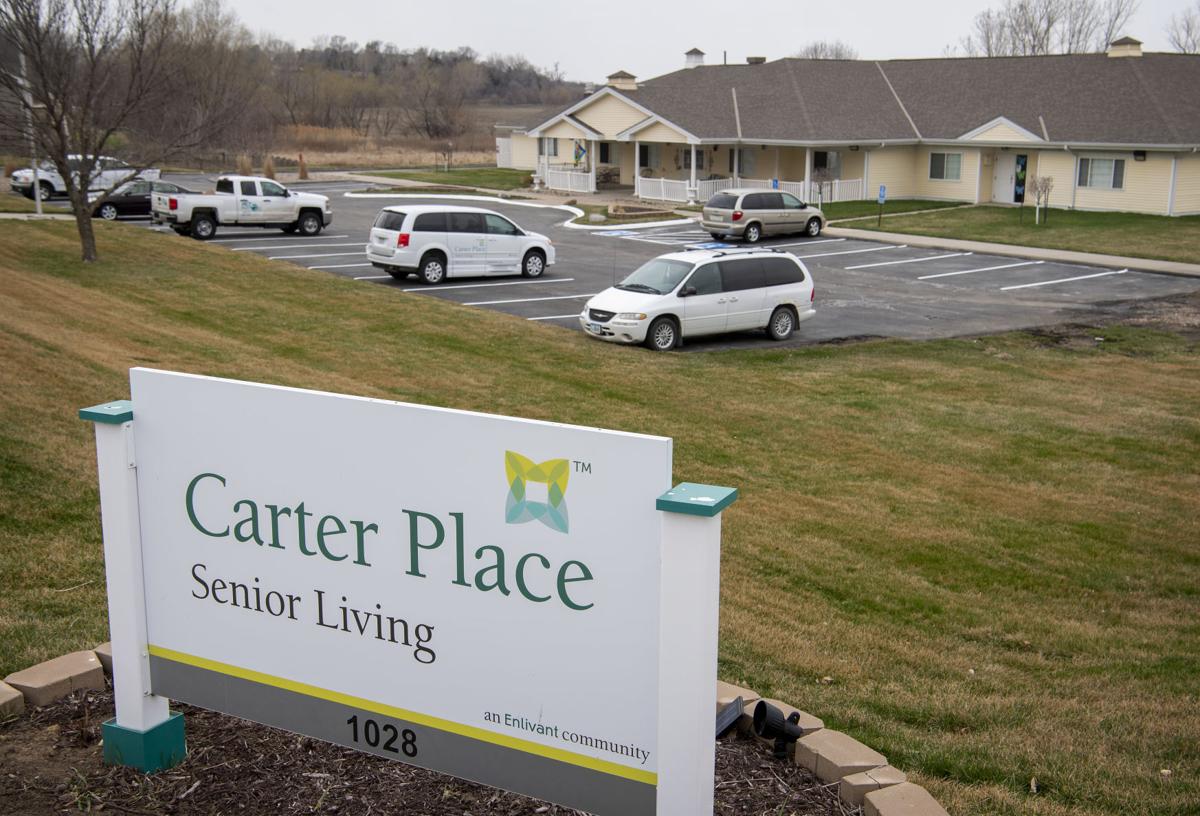 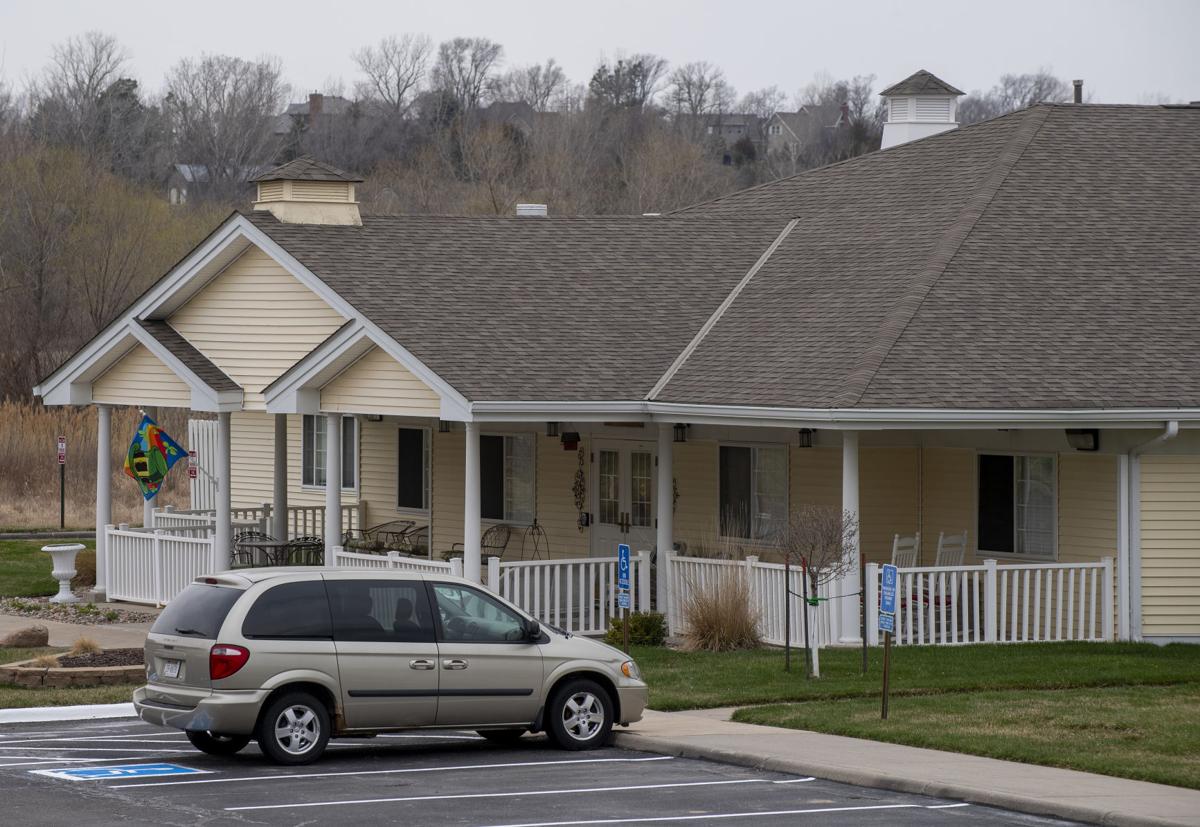 The first lab-confirmed case of COVID-19 at an assisted-care facility in Blair was announced on March 23.

But it's not totally clear exactly how the virus got into the facility, said Terra Uhing, the department's health director.

"It's community-spread, which means we can't find the source of where somebody became ill," Uhing said at a news conference that was livestreamed.

LPS following state health directive, will stay closed at least until May 6

The best guess at this point — Uhing said the department doesn't want to say for sure until it is "150% able to verify it" — is that an employee who traveled outside Dodge, Saunders and Washington counties to an event likely contracted the disease.

An investigation determined the woman wasn't symptomatic before going to the event but may have contracted coronavirus at that time and been the vector of the infection at Carter Place, Uhing said.

The spread has illustrated just how quickly the airborne disease can move in confined spaces.

After receiving the first positive tests for the coronavirus on March 23, a second person also learned they had the disease on March 24.

Another resident started developing symptoms March 25 — results returned over the weekend showed they were, in fact, infected with COVID-19 — but that was expected, Uhing said, because of their contacts within the facility.

Memorial Community Hospital in Blair conducted tests that were sent to the Nebraska Public Health Lab on Friday afternoon, while that evening, two more employees, both of whom live in Douglas County, were also shown to be positive for the disease.

Saturday, test results showed three of the four residents tested a day earlier were positive for COVID-19, Uhing said: "That's when we had to move fairly quick."

Working with the Nebraska Department of Health and Human Services and Carter Place, Three Rivers Health Department moved residents who had tested positive to other facilities beginning Saturday evening.

On Sunday, there were no reports of symptomatic patients, Uhing said.

Three Rivers staff tested the 16 remaining residents inside the facility who had not been tested — one resident had previously tested negative — as well as 16 staff members in the parking lot.

Lincoln County man is third Nebraskan to die from COVID-19

"All 17 residents were then transferred to another facility in response to the outbreak that occurred," Uhing said, adding the location of where the residents, described only as a "vulnerable population," would be moved was not be publicly disclosed.

By the start of this week, there were an additional 10 lab-confirmed cases of the coronavirus connected to Carter Place: Seven residents — five women and two men, all over the age of 70 — and three employees.

In all, there are 19 confirmed cases in Washington County. Seventeen of those cases are related to the Carter Place cluster, while two cases in neighboring Douglas County are also tied to the assisted-care facility.

Uhing said staff members who tested negative are in a 14-day self-quarantine and monitoring for any developing symptoms.

"We know they have a test right now that's negative, but that doesn't mean possibly here in the next couple of days they wouldn't become symptomatic," she said.

Efforts have now turned to mitigating the community spread that is "most definitely happening within most of the communities we serve," Uhing said.

Dr. Gary Anthone, the state's chief medical director, said one was reported at St. Joseph's Rehabilitation and Care Center in Norfolk, four at the Douglas County Health Center in Omaha, and one at Papillion Manor in Papillion.

With their populations of residents deemed at high risk for developing the disease, nursing and assisted-care facilities in Lincoln and across Nebraska began taking steps to protect residents shortly after state officials confirmed the first case of the coronavirus March 6.

Uhing said it's important for Nebraskans across the state to follow the guidelines for social distancing to prevent further spread of the virus.

"What we really need people to understand is this is serious," she said. "It's here in all our communities, and I don't even believe we have started to see what this surge might look like."

The University of Nebraska-Lincoln will start the fall semester one week earlier and where it ended the spring semester — online — before convening on-campus instruction a week later.

For nine straight weeks, Lincoln Mayor Leirion Gaylor Baird and interim Lincoln-Lancaster County Health Director Pat Lopez have come on camera at 3:30 p.m. and spoken with a focus on keeping the public tuned in as the coronavirus pandemic raged on.

"I wouldn't be running this test in this laboratory if I didn't believe in it," said CHI Health St. Elizabeth lab director Becky Croner. "... If there is any reason I don't believe the results are correct, we pull it and run it again."

The men, who have been under quarantine, were tested as a precautionary measure because they had been in close contact with a staff member who  tested positive for COVID-19.

Bryan takes flak for promoting use of masks

Bob Ravenscroft said Bryan Health has experienced some "pretty pointed" criticism that its stance on masks is politically motivated.

Nebraska doctors say it's too early to reopen

Medical professionals acknowledge the pressure from both sides about reopening, and the effects of economic turmoil. But health effects of the disease and deaths are equally important, they say.

Romeo Guerra sensed this national trend would prove out in the Lincoln area before the data arrived, he said.