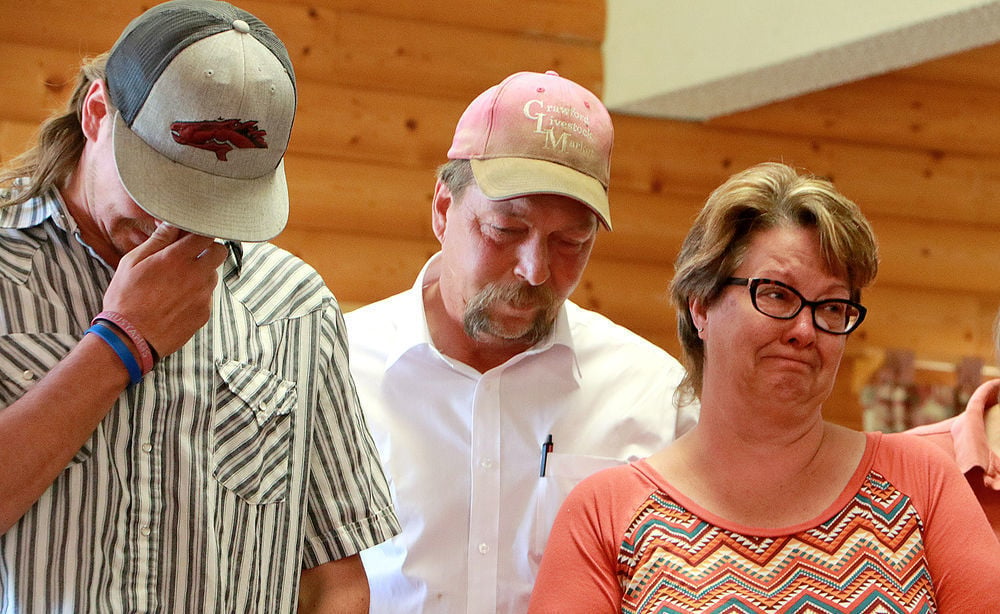 Miles Englebert, the brother of missing man, Chance Englebert becomes emotional as his family addresses the media Thursday. Chance's mother Dawn and father Everett are both upset as authorities continue the search for Chance. 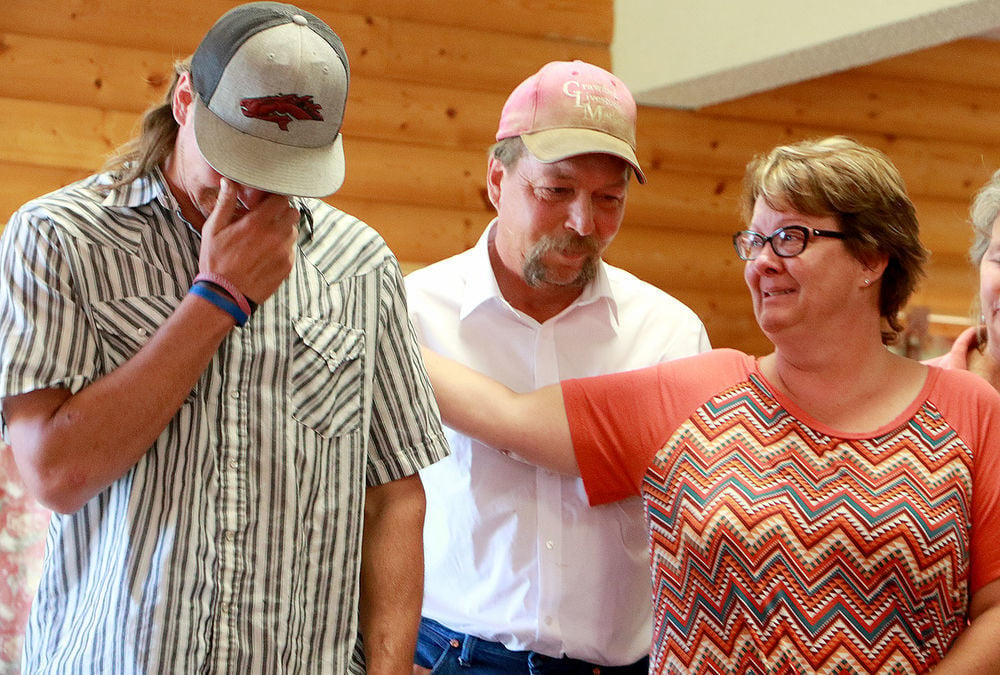 SCOTTSBLUFF — Searches for a Wyoming man missing since Saturday have been concluded and authorities advise that the operation has “turned to the investigative.”

During a press conference Thursday, Gering Police Chief George Holthus reviewed the efforts by police and other authorities to locate Chance Englebert, 25. Englebert has been missing since Saturday, when he left the home of his wife’s grandparents after an argument. His wife, Baylee, last saw him walking in the 700 block of O Street area.

The investigation seemed to turn more toward determining if Englebert, who left on his own accord, was out there, somewhere, staying away and not contacting his wife, family or friends.

“It’s wow, this is a nightmare,” his mother, Dawn Englebert, said Thursday. “... I never felt that Chance would leave his family. I feel that if he just needed a break and ran away from being a grown up, I get it. I am disappointed. I am hurt, but please, Chance, if that is the case, come home. Reach out to anybody.”

Eighteen agencies, including local police and fire departments and the Nebraska State Patrol, have been involved in searches for the young man. On Thursday, searchers checked an area east of 10th Street, abandoned trailers in the Bellevue addition, portions of the National Park system, canyon areas east and south of Highway 71 near U Street and older cars at a local auto dealer. The Nebraska State Patrol Air Wing Unit also deployed, flying the North Platte River from Bridgeport to the Wyoming state line, along Highways 92 and 26 and the Burlington Northern Santa Fe railroad from the Wyoming state line to Scottsbluff. Investigators also canvassed neighborhoods in Terrytown, going home to home, Holthus said.

“Unfortunately, we have not found anything to aid our investigation,” he said. “So, we are going to be transitioning from an actively searching phase to a phase focusing more on the investigative, doing more with cell phone, interviews with friends, family and other people in the lives, and doing some credit and financial type activities.”

Efforts to locate Englebert have been thorough. During the effort, 147 people participated in the ground searches, combing 2,400 acres, and Air Link and the Nebraska State Patrol covered 380 miles by air. Sonar and a K9 were used to search 10 lakes and ponds, in addition to the river, riverfront property and irrigation ditches and canals.

“The community came out and helped us successfully search a wide area. Unfortunately, the success is not what we hoped for. The success is that we can say with relative certainty that Chance is not in those areas,” Holthus said.

If Chance Englebert is gone on his own accord, Holthus said, there would be no criminal repercussions.

“He has not committed a crime. He is an adult. He can go and do. Certainly, we would want to verify that he is well and maybe ask some questions, but there are certainly no criminal charges,” he said. “I would reiterate what the family has said, just come home.”

Dawn Englebert said she still believes someone knows something, and stressed that a reward, which was estimated at $8,000 Wednesday, continued to be available.

Dawn Englebert, and Baylee Englebert, have said the family is close. As the press conference continued on Thursday, Chance Englebert’s brother choked up when asked to describe his brother, who he called “a hard working man.” Dawn Englebert said the family and Chance talk weekly, or even as often as every other day, and that family and friends are caught off guard by his disappearance. There have been times when he has been known to leave for a couple of hours or so, but to be gone for this long, without being in touch, would not be his usual character.

A last text to Chance Englebert, sent from one of the family members, Dawn Englebert said, was: “Your brothers need you. Your baby needs you,” she said.

If Chance Englebert were to return, she said, his mom and dad “may harp on him,” but that he was not in any legal trouble.

“We just need him home.”

Miles Englebert, the brother of missing man, Chance Englebert becomes emotional as his family addresses the media Thursday. Chance's mother Dawn and father Everett are both upset as authorities continue the search for Chance.