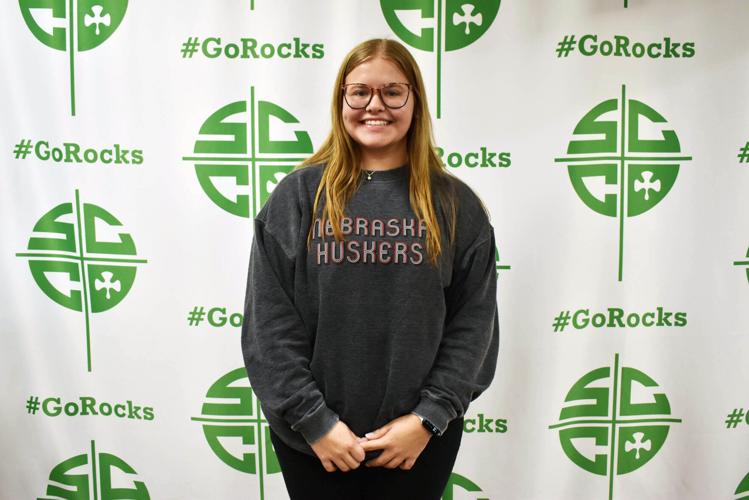 Ava Cremers, a senior at Scotus Central Catholic, poses for a photo inside of the school on a recent day. Cremers plans to pursue a career in the dental field after graduating from high school to help people build confidence with their smiles. 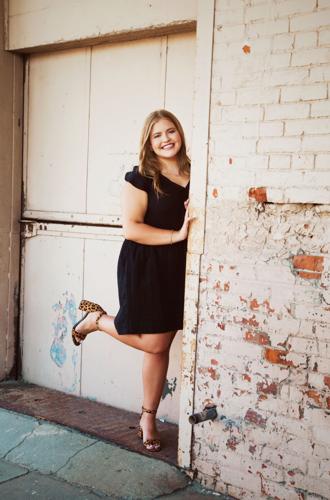 Ava Cremers, 18, a senior at Scotus Central Catholic, smiles for the camera in a senior photo. Cremers is involved in HOSA, National Honor Society and Leadership Club at Scotus. 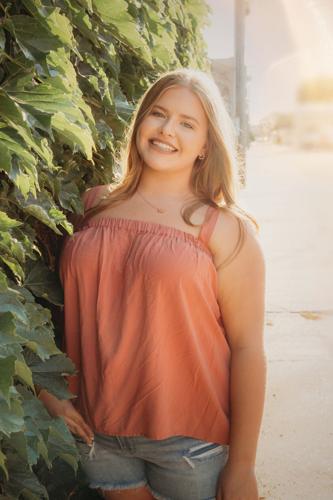 Ava Cremers, a senior at Scotus Central Catholic, said she plans to become a dental hygienist and then eventually an orthodontist after graduating from high school.

The first thing people often notice about others is their smile. For Scotus Central Catholic senior Ava Cremers, helping people feel comfortable with their smiles is something she wants to strive for.

Cremers, who wants to pursue a career in the dental field, noted she had braces at a very young age.

“I hated them, I did not want anything to do with them and I was very much never going to do it in my life again…” Cremers said. “I just kind of want to help young kids or whoever has to go through braces and just be confident with their smile and know that it’s just the way of life and pretty much everyone deals with that.”

At Scotus, the 18-year-old is involved in HOSA, a student-led organization that promotes career opportunities in the health industry.

Cremers is currently the secretary of HOSA. She said the group brings in medical professionals from the community to talk about their specific field.

Last school year HOSA made goodie bags for Columbus Community Hospital staff, Cremers added, and they might do it again this year.

“We’re trying to come up with another project to do on top of that,” she said. “It’s a very fun group.”

Cremers said she joined HOSA so she could experience the medical field.

She said she wants to work as a dental hygienist at first to get a feel for what working in a dentist’s office is like. She added dentists and orthodontists don’t spend as much time with patients as other staff does.

“I kind of want to be the hands-on part of it so that’s why I think I’m going to start as a hygienist because I feel like I’ll probably like that more,” Cremers said.

However, she said her end goal is to become an orthodontist and possibly open her own office in Columbus.

“My orthodontist came from Lincoln so they were only here so many times. That made it hard for my family to go to appointments,” Cremers said. “If I would come back and open something, it’d be very family based and operated.”

In school, Cremers is also involved in National Honor Society and Leadership Club.

“That was started by Mr. (Jeff) Ohnoutka, the president, kind of just taking the role of being a senior, helping underclassmen make sure they feel OK here,” Cremers said of Leadership Club.

Scotus career counselor Bridget McPhillips said she can always count on a smile from Cremers.

“Ava is a driven student who puts her academics first. She consistently gives her best effort in everything she does!” McPhillips said. “…. Ava makes her classmates around her feel comfortable and supported by lending a helpful hand.”

McPhillips has known Cremers for six years, having taught her science, advised her in the Scotus HOSA chapter and guided her throughout her college and career readiness.

Cremers is a go-getter who is kind, thoughtful and determined, McPhillips said, and always finds a solution to any problems that arise.

“Ava is empathetic and really makes the people around her feel heard,” McPhillips said. “She leads by example and is an appreciative person. Scotus is a better place with her here!”

“I like to walk through the hallways and know everyone I pass by because if you go to (a bigger school), you’re not going to know people in your class,” Cremers said. “It’s like a family and very close knit. The teacher-to-student ratio is very good, so they give a lot of one on one time if you need it.”

Cremers, who is the daughter of Abby Sliva and Brian Cremers, has an older sister who works as a radiologist in Lincoln. Cremers added her sister has a young daughter, and family is something that’s important to them.

Outside of school, Cremers said she spends time with family and friends, often going camping during the summertime at various places. She’s also employed at a local tanning salon.

“That gives me the real feel of the customer side of everything and seeing how you have to interact with people through jobs,” Cremers said.

Cremers added she likes being a part of the community and helping in ways that she can.

“That’s kind of why I want to come back to my hometown after I’m done with school because I want to be a part of it and say, ‘I was born and raised here,’” she said. “I just want to give back what they gave me in my high school years.”

Loose cow in Columbus reportedly euthanized due to aggressive behavior

A fitting name: Remember When Photography celebrates 15 years in business

Ginger Willard, area photographer, looks at her business, Remember When Photography, after 15 years and what she loves about it.

For Columbus native Jaci Prinz, the stars aligned last month so she could marry the love of her life amongst the uninhabited, ice-covered land…

This week in Platte County District Court, a man facing a murder charge in Columbus has been found competent to stand trial.

Pillen’s plan would increase Nebraska's K-12 education funding next year by $270 million, or 21%. And it would raise its 49th-in-the-nation ranking in state tax-dollar support for schools.

The line of royal succession explained with new baby news

Ava Cremers, a senior at Scotus Central Catholic, poses for a photo inside of the school on a recent day. Cremers plans to pursue a career in the dental field after graduating from high school to help people build confidence with their smiles.

Ava Cremers, 18, a senior at Scotus Central Catholic, smiles for the camera in a senior photo. Cremers is involved in HOSA, National Honor Society and Leadership Club at Scotus.

Ava Cremers, a senior at Scotus Central Catholic, said she plans to become a dental hygienist and then eventually an orthodontist after graduating from high school.