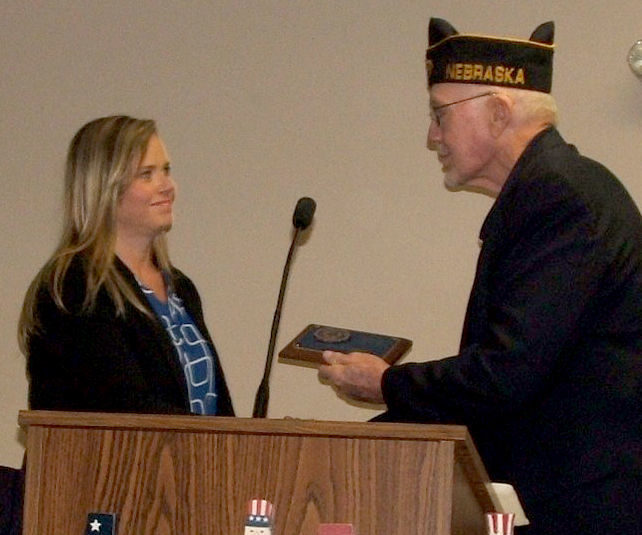 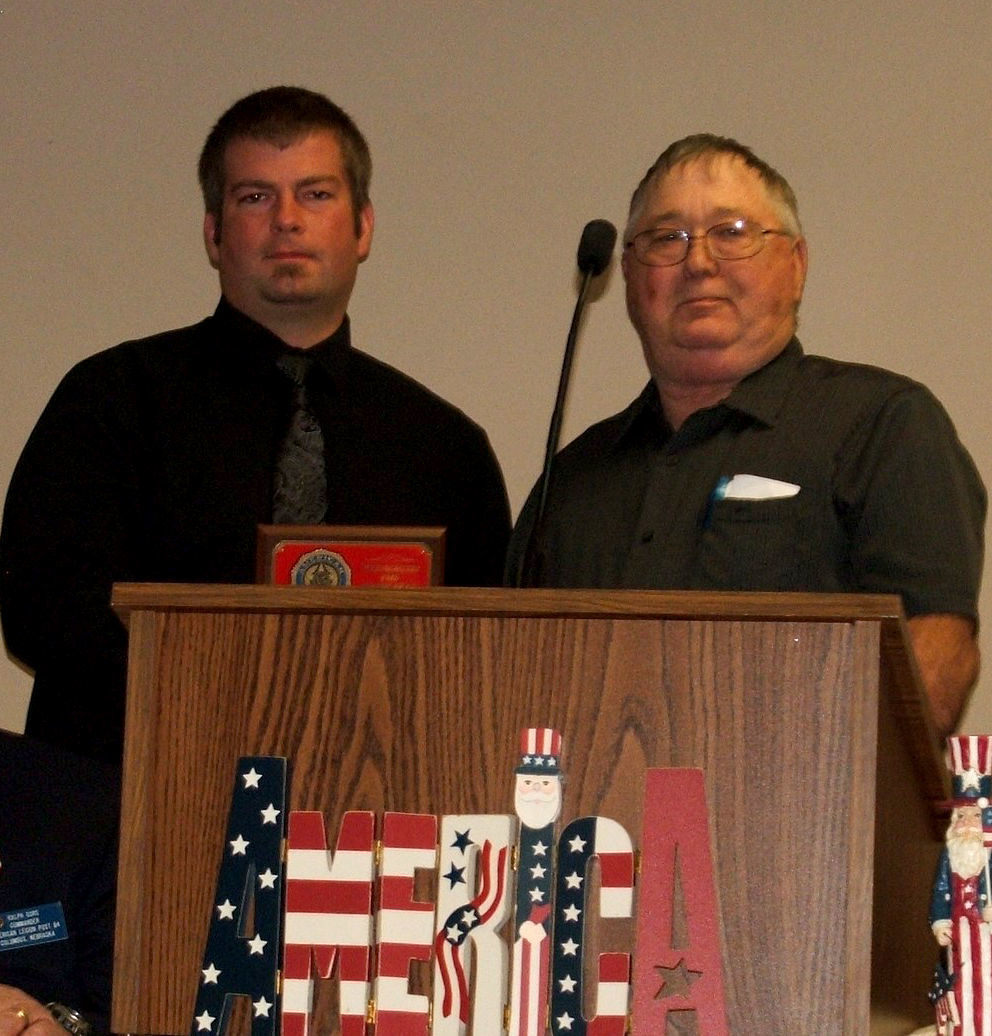 Columbus Fire Department Lt. Nate Jones was recently recognized by the American Legion as the Firefighter of the Year for 2019.

Investigator Levander has been employed by the City of Columbus since October 1999. During her 20-year career with the Columbus Police Department, she has worn many hats. She began as a 911 dispatcher and was quickly promoted to community service technician and on to a sworn officer in 2002.

She graduated from the Nebraska law Enforcement Training Center and was assigned to a patrol shift. In 2009, she was assigned to the Criminal Investigations Division. She has been assigned to the Human Trafficking Task force and has become an integral piece of the team. Her most recent efforts have been operations to curb prostitution. She developed a tactical model which is now being trained across the State of Nebraska. Through these efforts she was able to assist in a multi-agency investigation with Nebraska Attorney General’s Office. Her passion still lies with child enticement investigations.

Levander is active in the community in many capacities. She is a Girl Scout Spirit of Nebraska Cadet Troop Leader. She  also teaches spiritual development at Trinity Lutheran Church, and has assisted in many community building events, including National Night Out, Cops and Kids, Special Olympics torch Run, Relay for Life and others. She is a Board Member for Youth and Families for Christ, and has served as a board member for BigPals-Little Pals, Platte Valley Diversion Program, Trinity Lutheran Church, and Groups of Adolescents Providing Support. She runs in the torch run every year to support Special Olympics.

She has received the ‘Above and Beyond Award’ from the Center for Survivors, and the ‘In the Spirit of the Children Award’ from Northeast Nebraska Child Advocacy Center. She mostly recently was selected as the NENCAC scholarship to attend the National Child Abuse Symposium in Alabama.

An example of his servant leadership includes his participation in leading the Columbus Volunteer Firefighter Academy, a 12-week course that requires a lot of preparation and coordination in addition to his normal duties. Jones assisted with the first Academy two-and-a-half years ago, and has led the Academy for the last two years, which has resulted in bringing 14 new Columbus volunteers up to the standards of the nationally recognized Firefighter-I, Hazardous Materials Operations levels. Of those 14 new volunteers, two were subsequently hired as full-time employees by the Fire Department.

Jones has also worked to improve the training program of the entire fire department, it’s career and volunteer firefighters. He takes on additional responsibilities by leading company training and creating lesson plans for his own crew and the volunteers. Jones also works part-time for the Nebraska State Fire Marshal as an instructor, teaching firefighters around the region how to be more effective and safe in many subject areas.

Over the past several years, Jones has completed a bachelor’s degree in Fire Science Administration, and is currently working on his master’s degree in Organizational Leadership at Waldorf University. In 2019, Jones was promoted to his current position.

Jones' knowledge, skills, and abilities are used daily in service to the public as a paramedic, saving countless lives and reducing suffering. His sense of duty and capabilities came to the forefront during the floods of 2019 where he flew with the Nebraska Air National Guard to assist in the rescue and evacuation of dozens of people from rural locations around the Columbus area.

From Silver Jesus to silver fox: Brandenburg donates 12 inches to Wigs for Kids

The smell of gasoline filled the air on Friday afternoon as the first cars drove across the newly-opened 12th Avenue Viaduct. Old-timey cars l…

Columbus Fire Department Lt. Nate Jones was recently recognized by the American Legion as the Firefighter of the Year for 2019.