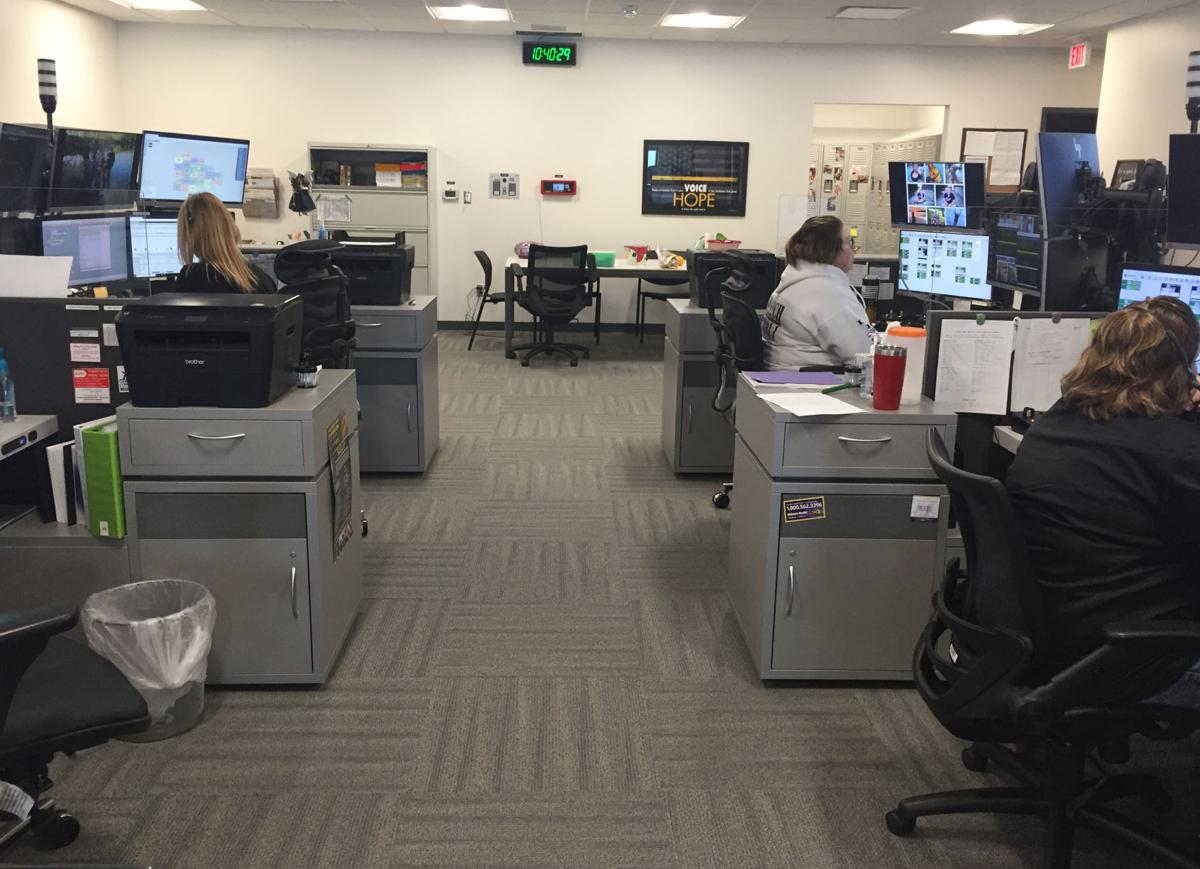 Dispatchers are hard at work taking and directing calls in the E-911 Joint Communication Center at the Columbus Airport. April 12-18 is National Public Safety Telecommunicators Week. 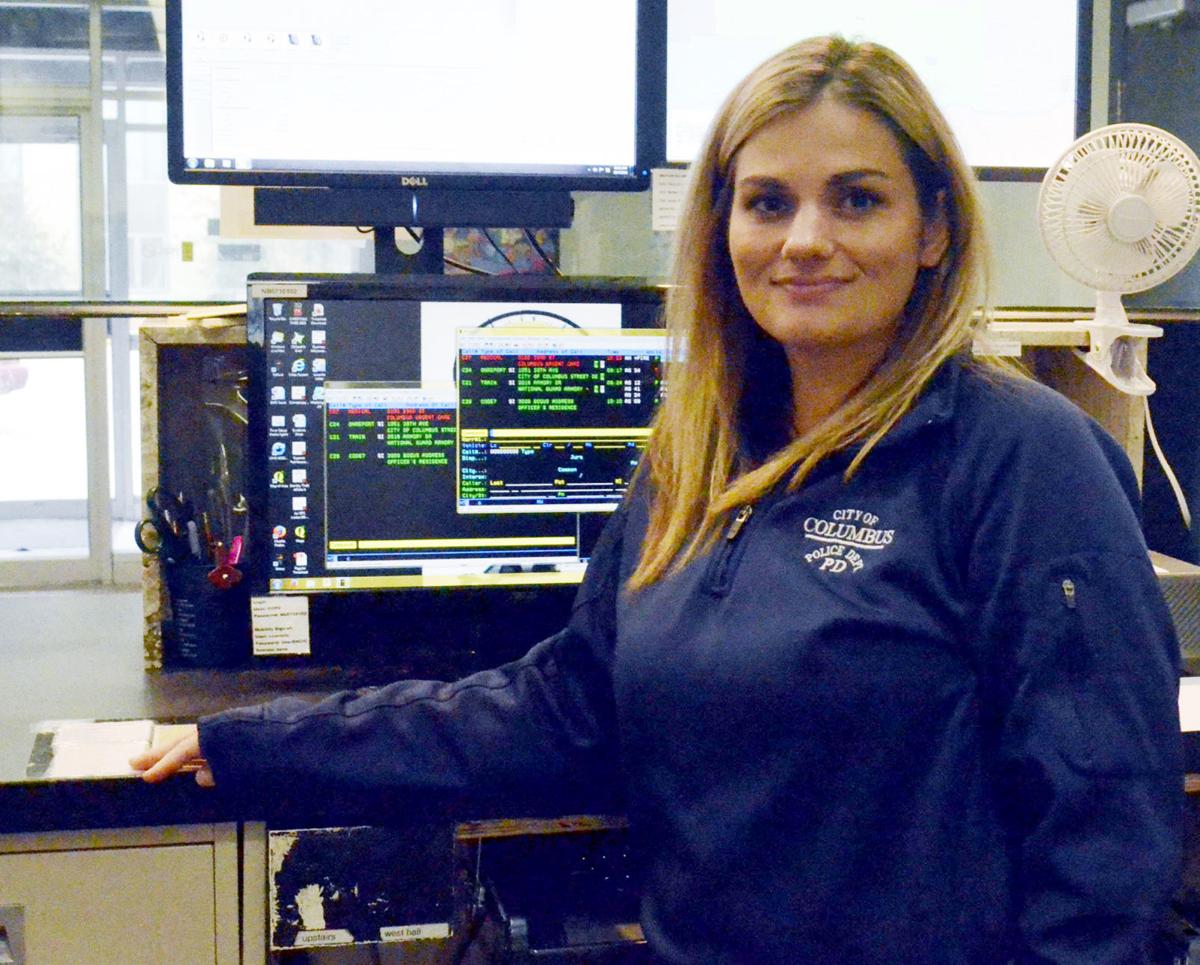 Rachel Pensick, also a former dispatcher, was hired as an officer for the Columbus Police Department in 2016. She is now communications director of the Joint Communication Center.

Usually, three or four dispatchers work on one shift, depending on the day of the week or if there’s a busy holiday, such as Memorial Day.

Pensick worked as a dispatcher from 2005 to 2016; from 2016 to March of this year, she had been a cop. Her current role as communications director is an administrative position.

Other telecommunicators at Joint Communication Center have also seen both sides of emergency response, with one having previously served as a firefighter and another having worked as a police officer at another department.

Although some states consider dispatchers as first responders, Pensick noted that the position is considered clerical staff in Nebraska.

The work of dispatchers and law enforcement officers can’t compare – but stress from the job does.

“They’re both stressful but in different ways,” Pensick noted, who has previously worked as both a dispatcher and police officer. “We are exposed to certain stressors and we get similar adrenaline rushes.”

Even though the dispatcher isn’t at the scene in-person, they can still experience the situation via phone.

“Just because you aren’t seeing it, you’re hearing it,” Pensick said.

“We just have to go with the flow and get them the help they need,” said dispatcher Maddy Johnson, who has been in her position for 17 years.

Training and on the job experience also assists in developing muscle memory, which Pensick compares to being a patrol officer.

“It becomes second nature,” Pensick said. “You just know what buttons to push and what screens to switch to.”

The COVID-19 pandemic has had an effect on their line of questioning during calls.

According to Pensick, dispatchers now screen callers for potential COVID-19 exposure. They will ask if the caller has been sick, around someone else who has tested positive for the virus and/or been traveling. This is so that the responders will have that information before arriving on scene.

“It’s not always feasible for us but when we can ask, we do,” she said.

There is also limited access to the center to help keep all employees safe. Dispatchers are considered essential. Pensick said that while they have the ability to forward calls to a different agency, that agency may not be able to communicate or dispatch responders.

Pensick said local first responders often express their appreciation for telecommunicators, such as giving a box of donuts to the Joint Communication Center.

Adjusting to the role of a telecommunicator can be a difficult road that some aren’t cut out for in life.

Pensick noted that the field experiences a high turnover rate as, at times, new dispatchers realize that it’s not the path for them. The tough part lies in a distressed caller who is upset over such situations as experiencing domestic abuse or their child having a medical emergency.

“A lot of dispatchers are used to being short-staffed,” Pensick said.

“Coming into this, I was just a regular person,” Johnson added. “I didn’t know what I was getting into.”

Despite the stress, Johnson enjoys her work as she’s able to help others.

Dispatchers are hard at work taking and directing calls in the E-911 Joint Communication Center at the Columbus Airport. April 12-18 is National Public Safety Telecommunicators Week.

Rachel Pensick, also a former dispatcher, was hired as an officer for the Columbus Police Department in 2016. She is now communications director of the Joint Communication Center.