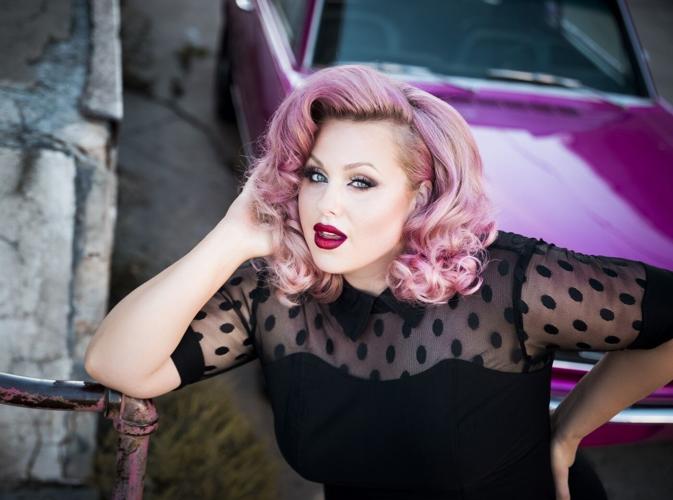 Savannah Slusarski of Columbus is taking part in the 2022 Maxim Cover Girl Competition. She's been doing pin-up modeling since 2019. 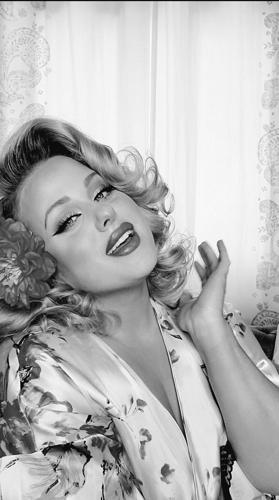 Columbus woman Savannah Slusarski poses for a photo. The hairstylist and makeup artist is competing for the chance to be a cover girl for Maxim, an international men's magazine. 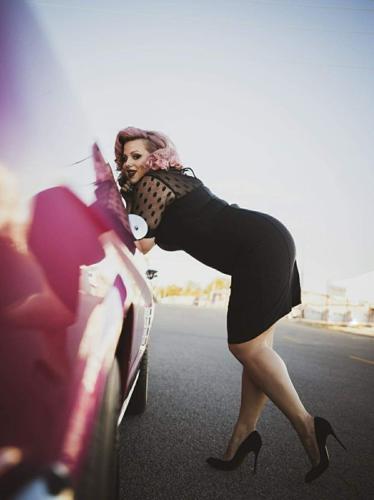 Savannah Slusarski of Columbus has been doing pin-up modeling since 2019 and is one of many women taking part in the 2022 Maxim Cover Girl Competition.

“It's being sexy without showing everything you got. I feel like it's very empowering to do that kind of modeling,” Slusarski said. “It's the fun hair and the dark red lips and being flirty and fun without literally showing everything that you have. There's a little mystery with it and I really like that.”

Slusarski is now one of many women taking part in the 2022 Maxim Cover Girl Competition. The winner of the competition will be featured on the cover of Maxim, an international men’s magazine.

“I do pin-up modeling, which is like the 1940s, 1950s, 1960s style,” Slusarski said, noting she started in 2019. “That was kind of the photos (submitted for the contest) from some past photoshoots I had done. I wasn't sure if that would be something they would consider cool for Maxim or not, but they accepted it.”

Slusarski, who works as a hairstylist and makeup artist, said she learned of the contest online and filled out the application. She learned on May 26 that she has been accepted into the contest. The competition is in its first round until Thursday night, and the top 20 in each group will go on to the next round. There will be several rounds until the finals in August.

Slusarski is currently second in her group, and there are several groups involved in the competition. Those wanting to vote for her can do so at bit.ly/3biWKOG.

There is a free daily voting, which requires verification to prevent spamming. There are also special “warrior” votes that benefit the Homes for Wounded Warriors, which helps build and remodel handicap-accessible homes for disabled veterans. The warrior votes allow someone to pay for extra votes, with proceeds benefiting the organization.

In addition to being the cover girl, the winner will also receive $25,000 and a trip to Paris for a photo shoot. Slusarski said if she won, she would give some of those funds to a local nonprofit. Her voting page states she would also take her family on a vacation.

“I have been so blessed to be a part of my community and work with so many people that work with Center for Survivors here in Columbus,” she said. “…I've personally known some people who have gone through some really rough times and they have certainly helped them immensely.”

Braeden Tyma, a Kearney-based photographer specializing in cars and pin-ups, said he’s known Slusarski for a couple of years, having met her through a mutual friend.

“She considers the whole concept of a photo shoot. So for shooting with a car, she thinks to the area of the car, the style of the car and how that relates to her hair, her makeup, her wardrobe,” Tyma said. “She connects the whole concept, everything that's going to be in the photo, which is what makes the photos stand out.”

Tyma noted he’s known others competing for a chance to work with magazines like Maxim and Inked, and he enjoys seeing people from small areas trying their hand at the field.

The pin-up community, Slusarski said, is body positive, something she appreciates and strives for. She noted she’s always been interested in modeling and acting but has heard her fair share of negative comments.

“When it came to modeling, I was always told you're not tall enough, you're not skinny enough. When you get told that your whole life, you really do believe it,” Slusarski said. “I feel like if I could win this, it would be proof that you don't have to be 6 feet tall and a size zero to be to make it on a big cover, to be on the face of the magazine. I love to be the face of a not normal girl that you see on the magazine.”

Slusarski said throughout her career as a hairstylist and makeup artist, she’s spent her time making women feel as beautiful on the outside as they are on the inside – whether it be family photos, headshots, senior pictures, school dances or weddings.

“I have spent so much time behind the scenes because I know what it's like to feel ‘not enough’ to be in front of the camera. My goal in life and in this experience is to encourage others, it doesn't matter what the naysayers think, you don't have to be ‘ideal’ you just have to believe in yourself,” she said.

“If this is all the further I make it in the competition, it's perfectly fine because I've been able to experience all this love and support from my community and I'm so proud to be a Columbus native.”

Breathing is something many can consider easy and automatic. For 34-year-old Columbus native Trent Allsman, it became a luxury in 2020.

Becton, Dickinson and Company (BD) has reportedly entered into a conciliation agreement with the U.S. Department of Labor’s Office of Federal …

From the ground up: Local couple has remodeling business

Four years ago, John and Lauren Hogue moved from Omaha back home to Columbus with an idea to become the handyman service they wanted to see as…

Columbus resident John Peterson has been coming to Ag Park for the horse racing since moving to the town in 1990. He got hooked into attending…

In 1971, Daryl Thiele was working at Boulevard Lanes. He and a couple coworkers noticed that business was a little slower in the summer and st…

Duncan Ribfest back in action this weekend

Once again Duncan will be the place to be this weekend for good food and entertainment for attendees of all ages.

The Columbus Area Chamber of Commerce has announced information for the 2022 Red, White, KaBoom! fireworks show.

Voicehouse in the house: Local group to perform at LawnChairs on the Square this week

Seven years ago, shortly following his retirement from a 26-year career as vocal music director at Columbus High School, Fred Ritter had an id…

The Platte County Fair has showcased the best and brightest people and livestock in the area for 82 years.

Savannah Slusarski of Columbus is taking part in the 2022 Maxim Cover Girl Competition. She's been doing pin-up modeling since 2019.

Columbus woman Savannah Slusarski poses for a photo. The hairstylist and makeup artist is competing for the chance to be a cover girl for Maxim, an international men's magazine.

Savannah Slusarski of Columbus has been doing pin-up modeling since 2019 and is one of many women taking part in the 2022 Maxim Cover Girl Competition.